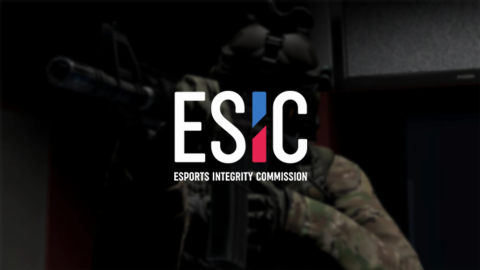 In a statement, ESIC identifies and issues penalties against 35 individuals caught engaging in betting activity while participating in official ESEA matches, a violation of the governing body’s Anti-Corruption Code.

As a result of ESIC’s investigation, the players have received competitive bans from ESIC-member events, ranging between 12 and 60 months. The sanctions were issued in accordance with a tiered matrix assessing the severity of each infraction.

The scope of the investigation update is said to purely highlight integrity breaches in Australian CS:GO, with a referral made to local law enforcement regarding the matter. ESIC additionally states it is currently undertaking other investigations examining leagues in North America, Europe, and ‘a significant number of other leagues in multiple game titles’.

ESIC’s discovery is the latest update into its investigation launched officially on September 3rd last year, with an emphasis on potential match-fixing in the Mountain Dew League (MDL). The most recent briefing came several months earlier on October 23rd when ESIC revealed that seven cases of similar misconduct were uncovered in the MDL.

As per all its investigations, competitive bans will have an effect across all ESIC member organisations. This includes ESL, DreamHack, WePlay, BLAST, LVP, Nodwin, Eden, Relog, UCC, Allied, Kronoverse, Estars and 247 Leagues. In the spirit of preventing further integrity damage, ESIC recommends all non-ESIC members to also honour these sentences.

In a statement, ESIC said: “Cooperation between ESIC and all tournament organisers in relation to anti-corruption matters are essential in the pursuit of safeguarding esports. We appreciate the proactive efforts of the ESEA in working with us diligently to investigate any indication of malpractice by participants within their events.

“Furthermore, ESIC would like to thank our Anti-Corruption Supporters for their collaboration on the investigation so far.”

Esports Insider says: The last twelve months have highlighted some serious threats to competitive integrity, particularly in Counter-Strike, as illustrated by the breadth of ESIC’s investigations and findings. With only ESIC on the frontline of regulation, there’s simply no telling the actual extent of betting-related violations being committed across the industry; and while we would never presume nor hope this were the case, it’s startling to see what ESIC has uncovered with such limited resources.