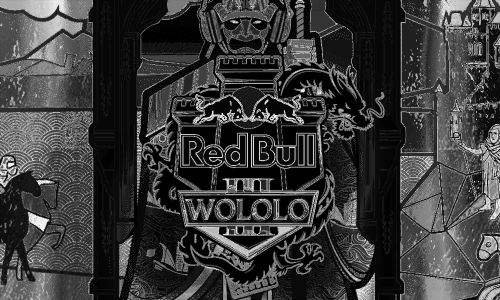 In a tournament filled with unexpected results and upsets, Darko ‘DauT’ Dautkovic put the cherry on top of the upsets cake by defeating Kai ‘Liereyy’ Kallinger 4-3 to be crowned the champion of Red Bull Wololo III. DauT was not even remotely the favorite for the tournament, having had to qualify for the event after missing out on a direct invite, which eight of the 16 players received. But with some crazy strategies, the veteran AoE II player showed that even at 35 years of age, his best years might still lie ahead of him. He takes home $8,000 while Liereyy will end up $5,000 richer.

🏆THE LORD IS YOUR #RedBullwololo 3 CHAMPION 🏆

DauT’s group was probably the toughest one of the four, with TheViper, MbL and Capoch to fight against. After a shaky start with a loss to Capoch, DauT got his act together in the Empire Wars format to defeat MbL and then Capoch in the group decider to get second place in the group after his Gamer Legion teammate, TheViper.

In the playoffs, DauT first faced off against the winner of Red Bull Wololo I, Mr_Yo. Dispatching off of the Chinese player was one of the biggest upsets of the tournaments, but the Serbian had no intention of stopping there. After taking out a renewed ACCM, DauT, who had defeated Liereyy 3-2 in their last meeting in KotD 3, went on to pull off an amazing victory over Liereyy in the grand final. The victory is extra special becuase it is his first 1v1 win in 11 years and it comes at the expense of the player who had won the past two major tournaments (RBW II and KotD 3) and was the man to beat. Later in the interview, he mentioned that the Gamer Legion team including TaToH and TheViper helped him strategize and defeat Liereyy.

Leading 2-1 in the grand final, DauT found himself trailing 2-3 after two successive losses. But he played his heart out to win the last two games, with game six being a standout performance on Cattails with the Koreans.

Not only is this a big win for DauT, but it is also one for AoE II. Recent tournaments have shown that nothing can be predicted and any of the top eight to ten players could end up the winner. This dynamic is good for the growth of the game as an esport, and will add a lot more spice to the upcoming Hidden Cup 4, in which all players are given alternate names and spectators have no clue about which players are behind the names. For now though, DauT will revel in his victory, which he very much deserves.