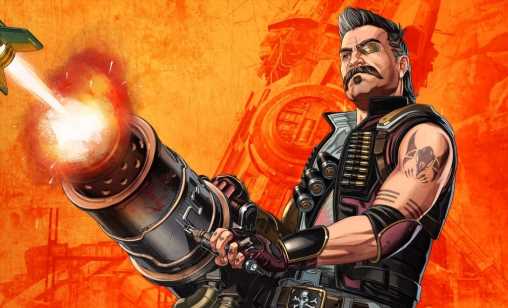 EA has released the scoop on Season 8 of Apex Legends and fans are finally seeing a long-awaited character enter the arena. Fuse, a previously datamined legend, is the next character in line to join the cast and he’s bringing some serious firepower. While we don’t know his abilities yet, Fuse looks to wield a huge grenade launcher and could also have some kind of grenade in his back pocket. Along with Fuse, EA also revealed a new weapon that’s coming to Apex Legends, which is a long-time coming.

Set to arrive on February 2, the new Apex Legends season is set to change up the game once again. Season 8 is named “Mayhem,” and that’s a fitting moniker for Fuse’s introduction. The official description for the legend reads, “Fuse doesn’t lack confidence, but he often lacks a plan. He’s a blow-up-first ask-questions-later kinda guy.”

Similar to Rampart’s mini-gun, the explosive legend will likely have his grenade launcher for an Ultimate Ability. However, beyond that, not much is known about his Tactical and Passive Ability.

Aside from Fuse, EA also revealed a new weapon coming to Season 8. The 30-30 Repeater is a lever-action rifle that looks to be either a sniper or AR. It’s stated to have “hard-hitting rounds” so we’ll have to wait and see which category it falls into.

The last piece of news EA released is regarding Kings Canyon. According to the new information, the map will undergo some serious changes once again. Its new name is apparently “Obliterated Kings Canyon,” so the old map might look drastically different when Feb. 2 rolls around.

Season 8 will also feature a fresh Battle Pass and Ranked Series, as always. EA will release additional information on the season as the month goes on, so stay tuned to Daily Esports for all updates.