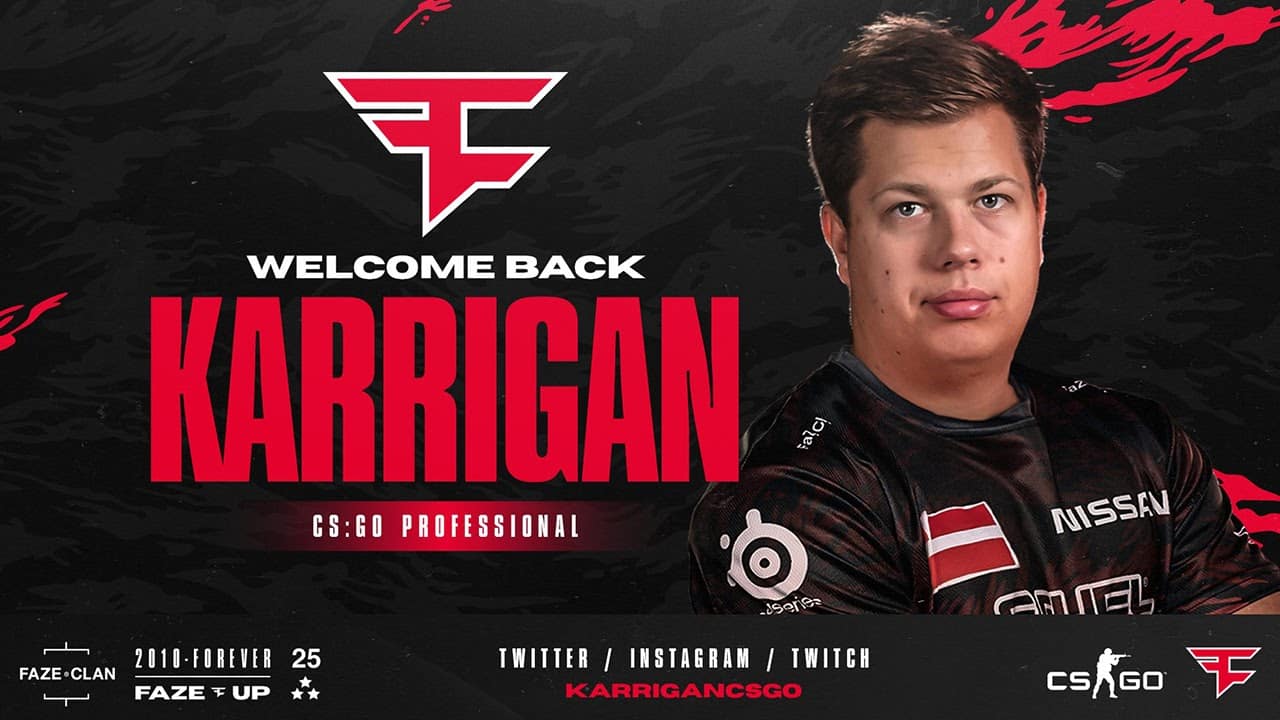 Just three words. “I’m coming home” and with that, Karrigan’s accomplished leadership skills made their return to FaZe’s roster. It’s a homecoming that many fans were expecting, but a welcome one none the less.

Karrigan last played with FaZe in late 2018. Since then he’s served as the IGL for mousesports, where his expertise was instrumental in helping younger players find their footing and shine on the international stage. Robin “ropz” Kool and David “frozen” Čerňanský benefited immensely from Karrigan’s skilled leadership style. Frozen in particular excelled under Karrigan’s watchful eyes, rising from the ranks of the relatively unknown to one of CS:GO’s premier younger players.

Still, despite Karrigan’s best efforts, mousesports have seen limited success in the online era. While Winter 2018-2019 saw them take home a lion’s share of the Seasons winnings, the team seemed to have lost that fire that had them netting back-to-back trophies two years ago. With Karrigan’s departure from mousesports, the team’s IGL position will now fall to Christopher “Nong” Dexter.

The roster Karrigan returns to will be far different from the one he remembers.

Instead, Karrigan will lead a team made up of a mix of recognizable faces and new blood. The fresh squad includes Marcelo “coldzera” David, widely considered one of the world’s best CS:GO players, as well as premier NA rifler, Russel “Twistzz” Van Dulken and the talented trailblazer, Helvijs “broky” Saukants.

FaZe have already had an impressive run through the BLAST Premier Spring 2021 Group ahead of Karrigan’s return. There’s no doubt that under his leadership the team will continue to evolve and improve.

You can catch Karrigan’s comeback match with FaZe on February 18, where FaZe will go toe-to-toe with the cream of the crop at IEM Katowice.