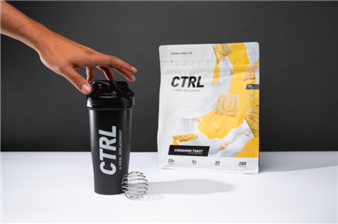 Meal replacement startup CTRL has announced a nationwide retail deal with The Vitamin Shoppe, establishing a presence in over 750 locations.

The deal will bring CTRL’s meal replacement shakes, which have been marketed mainly towards the esports and streaming community, to a broader audience across the United States.

More than 750 The Vitamin Shoppe stores will stock CTRL products. As part of the deal, CTRL and The Vitamin Shoppe will also team up on a campaign to bring awareness to the brand and the importance of healthy dieting and nutrition in gaming and esports.

Sundance DiGiovanni, Founder of Major League Gaming and Co-Founder of CTRL added: “We have earned an impressive degree of loyalty from our fans and it has laid the groundwork for sustained growth in this space.

“Gamers are a passionate and growing segment of consumers. It’s exciting to be able to connect that culture to brands and retailers that support a healthier lifestyle and share our mission.”

Esports Insider Says: It is nice to see a startup that began mostly in the esports sector becoming more accessible to the mainstream market. The partnership also does showcase the growing popularity of gaming-related health products.