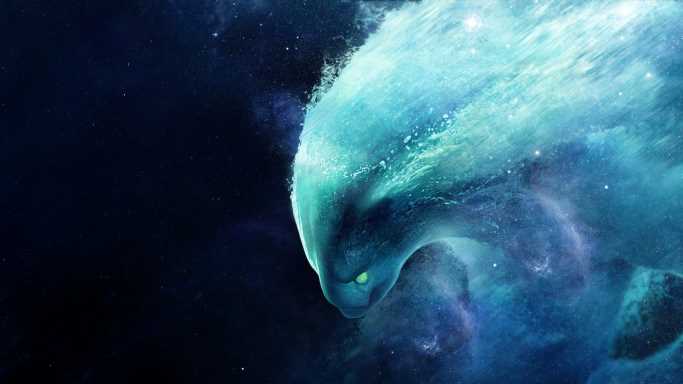 Here are some of the best carries that you can pick.

2021 definitely looks better than 2020, especially when it comes down to Dota 2. Our favorite game was under heavy pressure from COVID-19, which forced Valve to postpone the DPC. What’s more, there were pretty much no LAN events, which means that we only got to see online tournaments.

Luckily,  the new DPC has just started, and by the looks of it, it will really interesting to watch. Besides watching some of the world’s best players, we know that many of you also love playing. That’s why we’d like to share with you who the best carry heroes are for 2021, at least for now. Keep in mind that this article is written during patch 7.28, which means that some of the heroes you will find below might not be as strong a few months from now.

It might seem strange that Riki is popular during a patch when True Sight and Necronomicon are really popular. Nevertheless, Riki is powerful right now because he does an excellent job against the most popular core heroes.

This hero is excellent against some of the cores that are hard to kill, such as Mirana. He has good stats, so he is a pretty good laner and he scales really well. Of course, there are certain things that you need to keep in mind, such as Beastmaster, who is often regarded as one of Riki’s biggest counters.

Morphling is one of those heroes that’s always been one of the go-to carries. If you are an old-school DotA player, you probably remember the days when the hero was the go-to option for almost every Chinese team.

Nowadays, the hero still continues to be really popular because he is challenging to bring down. Apart from being durable, Morph is also one of the biggest damage dealers in Dota 2.

What makes the hero so good right now is Ethereal Blade. Morph is one of the few carries that loves this item because it gives him tons of damage. Luckily, it also does a great job against most of the squishy core heroes.

The latest patch changed a lot of heroes, one of which is Wraith King. The buffs didn’t seem that noticeable at first, but once the hero started to get picked in pubs, people saw that he is definitely a force to be reckoned with.

The primary reason why WK is as good as he is his critical strike. Following his rework, the hero now has an even stronger laning stage and can easily farm the neutral camps whenever he wants to.

Another thing that makes WK good is the fact that Radiance is back in the game once more. Needless to say, this hero is one of the best Radiance carries in the game. Thanks to this item, WK can easily become the strongest hero during the mid game, especially if it is paired up with Armlet of Mordiggian.

TB, similar to Morphling, is one of those heroes that’s always been in the meta. Even though the hero was never that popular in pub games, he is the go-to option for many pro players, such as Zhang “Eurus” Chengjun.

One of the things that makes TB risky is his early game. Even if he is paired up with defensive support, he is still really squishy. However, once he buys a few items, he can easily demolish the enemy team and every tower in just a matter of seconds. No wonder people consider him to be one of the strongest late-game heroes in the game.

As you know, patch 7.28 changed a lot of things, such as TB’s Aghanim’s Scepter. This item allows the hero to have a secondary Metamorphosis, which makes him a lot more dangerous during fights. Despite the fact it only lasts for several seconds, it is enough to bring down most squishy heroes during the team fight.

Juggernaut is one of those heroes that can work in pretty much any setup. That is why it doesn’t come as a surprise that Juggernaut is one of the most picked heroes in the game. He is a great all-rounder that’s capable of ripping through his enemies, especially if he purchases good items.

There have been numerous item builds during the years, but it seems like the Battlefury rush is still the most popular option.

Monkey King is completely different than Morhpling and TB when it comes down to its laning stage. Instead of having a weak early game, MK is one of the most dominant heroes during the laning stage, which makes him really useful in the meta.

In case you don’t remember, the hero was nerfed a few months ago, which is why we weren’t surprised that 7.28 buffed him a lot. Thanks to the bonus base armor, the hero is a lot stronger during the early skirmishes, which was one of his biggest problems before.

Another reason why MK is so popular is due to the fact he can scale really well. Thanks to the new Aghanim’s Scepter, the hero will have loads of stats and damage in the mid game, which should make him one of the strongest heroes.

The last hero on this list is Phantom Assassin. Although this hero is usually referred to as a pub stomper, it also works in pro games. If PA manages to get a good start, she can easily rip through her enemies later on. She can easily kill several enemies with items like a Battlefury and Desolator.

Unfortunately, she is really vulnerable to magical damage. This means that that you need to be careful and buy a Black King Bar as soon as possible.