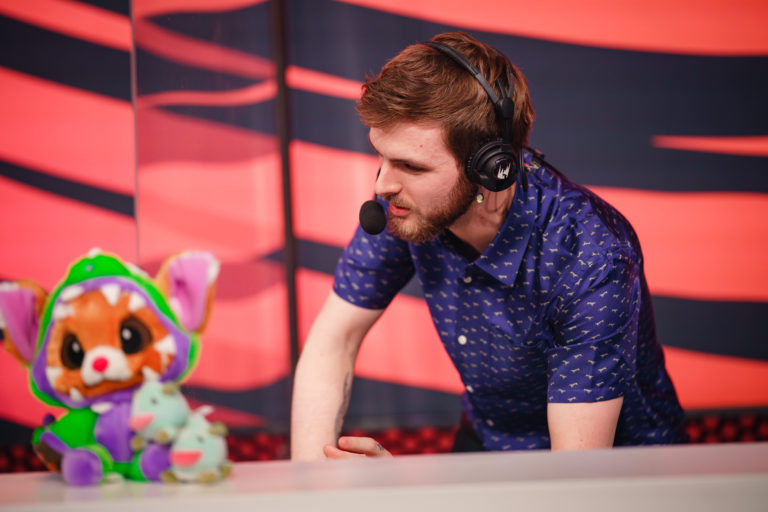 “It’s really great to be on a team where I can pitch crazy wild ideas and there will be people there to support them.” 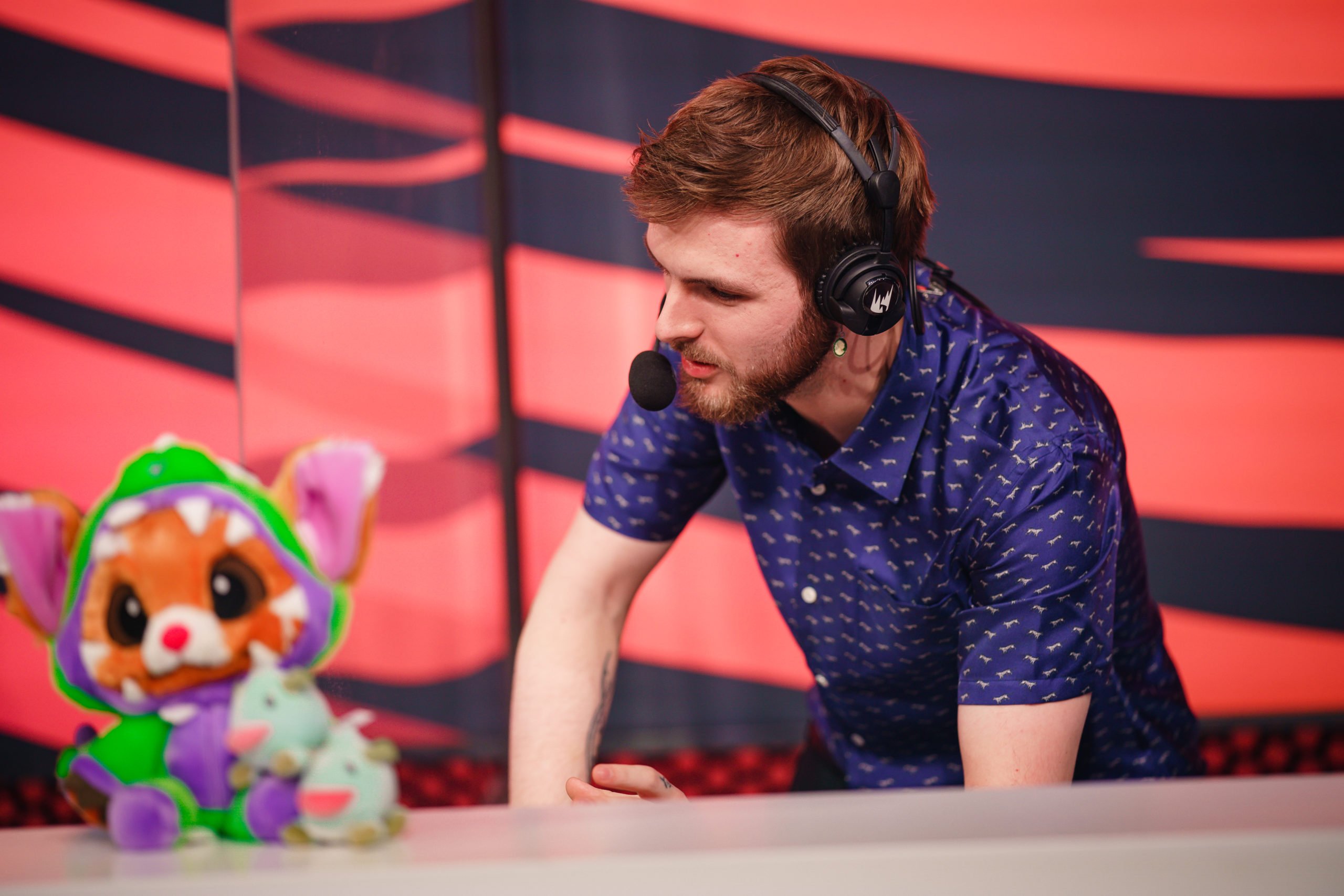 Daniel Drakos is a man who’s done it all.

His portfolio includes choreographed dance, a workout video, rap battles, EDM bangers, and casting the League of Legends European Championship. It’s all in a day’s work for Drakos and the on-screen talent of the LEC.

Growing out of humble beginnings as the younger sibling of the NA LCS, the LEC plays host to broadcast talent and a production team that’s helped nurture the league into its own unique product—one that brought in over 300,000 average concurrent viewers over the course of the 2020 Summer Split, according to data from Esports Charts.

After the COVID-19 pandemic forced the broadcast online for the majority of the 2020 Spring Split, the year got off to a shaky start for the LEC. The question was raised as to whether the LEC would be able to recover from the pandemic, with casters plagued by the inevitable technical issues of trying to produce a remote broadcast. From disconnection issues for casters to players struggling to connect to the game, there were undeniable bumps in the road to the broadcast’s final form in 2020.

Once those creases were ironed out, however, the LEC produced engaging, informative content both on and off broadcast. In the summer, with the team returning to their Berlin studio operating with a skeleton crew, they expanded the LEC’s repertoire of music videos, skits, and cold opens.

But how does this content come to life and who’s responsible for the high-quality broadcasts that fans are treated to every week? It’s all down to the power of collaboration and tireless work for those on and off-screen, according to Drakos. The LEC caster spoke to Dot Esports about the league’s luck in its response to the pandemic and how the hard work of those behind the scenes allowed its on-screen talent to continually deliver. 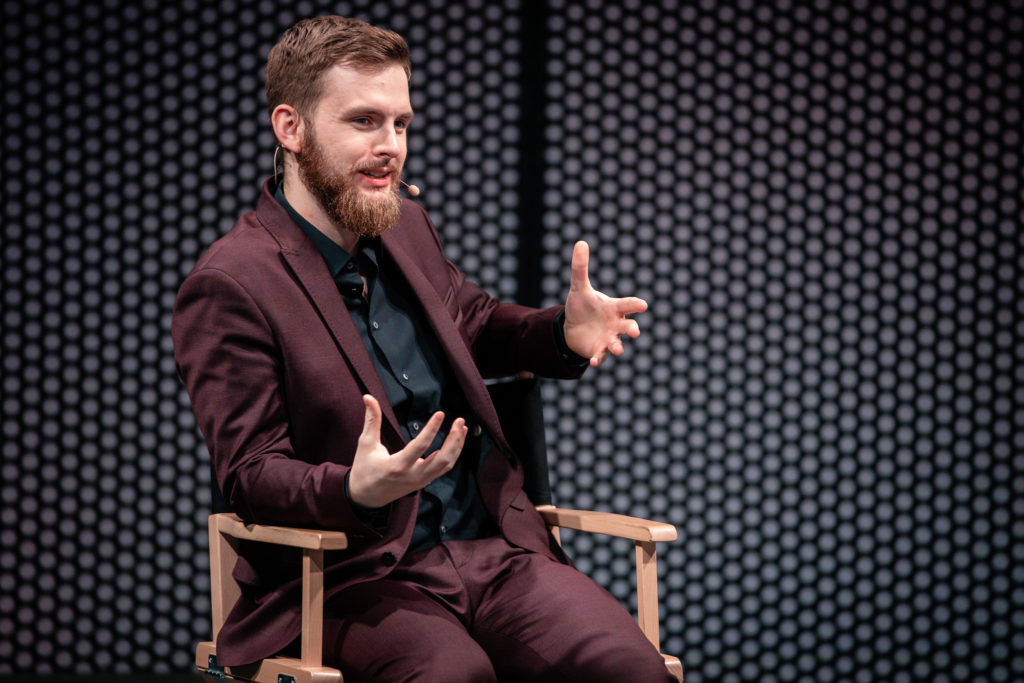 Although Drakos believes the 2020 broadcast “definitely was not an immediate success,” the ability to work with full resources was an undeniable asset to the LEC and one that was afforded to them by the luck of location. The comparisons between the LEC and the LCS in 2020 have been rife, with the LCS coming under heavy criticism for its delivery in 2020. But many of these criticisms fail to account for simple geography.

“When you compare us to the LCS I think we were very fortunate, quite frankly, in the way COVID-19 was handled,” Drakos said, referring to the easing of lockdown restrictions in Berlin that allowed the LEC to return to in-studio broadcasting. In comparison with the strict lockdowns still keeping the LCS to a bedroom production, Germany allowed people to return to their workplaces as early as last summer if these jobs couldn’t adequately be completed from home.

The LEC has had a full broadcast studio and all of the equipment that comes alongside it. The LCS, however, has been forced to work with limited resources and even more limited internet bandwidth due to the dense population of Los Angeles, with players frequently disconnecting from games (something which also occurred in Europe, although with much less regularity).

But it’d be unfair to say that it was purely the luck of location that allowed the LEC to produce such high-quality content over the course of 2020. A broadcast team, whether on or off-camera, who is “all really passionate about what they do and really eager to get things done” is equally important—and it’s something the LEC has no shortage of. Adversity bred creativity and that’s most obvious from the creation of LECtronic. The group’s second music video for “We are EU” now has 276,000 views on YouTube and was entirely filmed using webcams set up by the casting team.

Cameras were sent out to casters’ homes and lyrics were recorded on “whatever microphones the casters had available.” This kind of on-the-fly adaptation was a “big opportunity for ingenuity” for the LEC team and was a large part of what enabled the team to “continue ramping up where [they] started in 2019” with regard to quantity and quality of content, Drakos said.

In terms of his personal development in such a turbulent year, Drakos has seen content creation for the LEC as a major creative outlet in a time where creative industries struggled massively.

“I like making things and I like new challenges, and some of that can definitely be provided by the LEC,” he said. “But at the end of the day with an esports broadcast, it’s always going to be focused on the game.”

This focus limits the creative potential of the LEC’s content, but this is by no means a bad thing. Creativity is wonderful, but structure is just as important when creating content that aims to educate and inform. Producing extra-curricular content pieces for social media and YouTube allowed the casting team to flex their creative muscles without deviating from high-level analysis of the games at hand.

“It’s really great to be on a team where I can kind of pitch crazy wild ideas and there will be people there to support them—or shoot them down, which is also good,” Drakos said. “It shouldn’t just be me and Vedius running rampant with potentially terrible ideas.”

On the intersection of content creation and casting, Drakos is grateful for the opportunities afforded to him by the LEC.

“The blessing of being a shoutcaster is that I get to show up and put my big creative footprint on something, but not have to worry about the logistics or organization to make it happen,” he said.

That job falls to the production team, the backbone of the LEC. Their job is to piece together the rough concepts given to them by the talent and turn them into the polished, well-produced pieces the LEC audience has grown to love.

Part of the charm of the LEC’s content is in its over-production—the idea that people were willing to put time, money, and resources into creating something so completely ludicrous. This over-production would be impossible without the invisible hand of production and backstage staff, and their contribution to the LEC’s stellar branding can’t be underestimated.

The LEC has been one of the global forerunners in content creation within the esports space. But Drakos still thinks there’s a lot of potential content that’s not yet being made in esports, particularly in regard to player-led or player-focused content.

“I think people are really focused on making players heroic and people that you want to look up to,” he said. “But I also think there’s room for the goofy behind the scenes content.” Despite the incredible legacies of some of these players, there’s a clear need to portray them as people who “make mistakes, and are human.”

Making this “goofy” content with players is a lot easier said than done, however, especially since most aren’t trained to appear on camera. Particularly for rookies, a lot of professionals can be stiff in interviews. And this, combined with the grueling scrim schedules that are a requirement of professional play, can make creating player-led content challenging.

This doesn’t mean player-led, lighthearted content is impossible to make, however. The LEC’s promotional content for the 2019 Spring Split playoffs was a perfect example of how to integrate players into some of the broadcast’s more out-there content ideas. Drakos was particularly impressed by Upset and Odoamne’s participation in one of the videos.

“When we wrote up that script, the producer told me we needed one version where they can’t act and one where they can,” Drakos said. “And they could act, so we got to use that version and it was fantastic.”

Who does it best?

It’s not just the LEC broadcast that’s making strides in the world of content creation. Numerous organizations are stepping up their game in the video department, with G2 last year releasing a feature-length documentary of their experience at Worlds 2020. CEO Carlos Rodriguez is “ruthless” about the organization’s expansion into the wider world of gaming content creation, and this focus on player-focused content has, according to Drakos, made the organization as popular and successful out-of-game as they are on the Rift.

But G2 isn’t the only organization making quality content in the LEC. Drakos also cited Rogue and Misfits as two teams who are stepping up their videos, with Rogue in particular producing “some incredibly polished pieces.” He also mentioned Fnatic as being ahead of the curve in Europe, referencing their head of content Pete Nguyen as “someone who is able to make really good content and get close to the players and find these really good moments of personality.”

It’s clear that esports is only just beginning to explore the full realms of content creation. But it’s also clear that the LEC is leading the curve and Drakos is one of the people at the forefront of a revolution in how esports interacts with its fans and viewers.