The return to the limelight for OpTic Gaming occurred around a month ago when Hector “H3CZ” Rodriguez purchased the organization back from Immortals. The community celebrated and cheered H3CZ for bringing the team home to its rightful owner. However, an untold story about the acquisition was recently brought to light by former Chicago Huntsmen player Dylan “Envoy” Hannon. Now a member of OpTic, Envoy was apparently the deciding factor in whether or not OpTic was sold back to its former CEO.

To recount this story, we need to travel back in time to Call of Duty Champs in August. In the matchup for a top-four spot in the event, OpTic Gaming LA faced off against the Huntsmen. It was the series that every fan hoped for, and it sure did deliver.

A heavyweight fight back and forth, it all came down to a game five, round 11 Search and Destroy match. In one of the craziest sequences in Call of Duty history, the ending of the round was decided by a 1v1 between Envoy and TJHaLy. As we all know, Envoy barely won the gunfight, securing the Huntsmen with a top-four spot. In a new YouTube video, the pro goes over this hectic round. 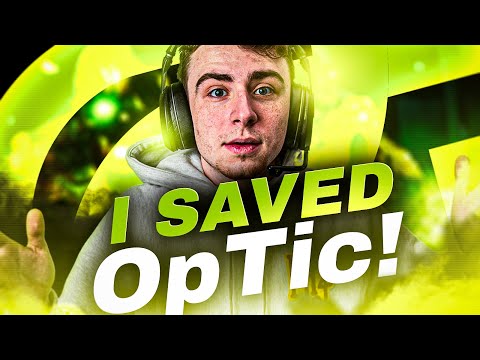 However, the underlying story behind this 1v1 is arguably more interesting than the main story itself. According to H3Cz, if Envoy lost that 1v1, he might have never been able to buy back OpTic.

In an alternate universe, if TJHaLy won the gunfight, OpTic could have gone on to win COD Champs. If that happened, Immortals likely would not sell the brand back to H3CZ since it just pulled in a ton of money. However, Envoy won the gunfight and Immortals could safely sell the brand. In a way, the Chicago Huntsmen walked so the real OpTic Gaming could run.