Following a one-year hiatus, sports media and technology convention SPORTEL Monaco will open its doors as industry experts from across the sector convene at the Grimaldi Forum this week across October 5th – 7th. 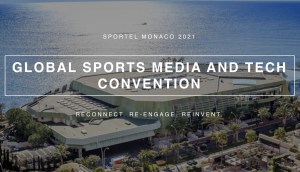 Alongside a multitude of topics surrounding the traditional sporting world, SPORTEL has partnered with us at Esports Insider to provide in-depth sessions from the esports space. This is a continuation of a year-round partnership between the two organisations; previous online events they’ve collaborated on have included SPORTEL Plus and the ESI Digital series.

This time around the sessions that ESI has teamed up with SPORTEL for include ‘Traditional Sports v Esports crossover’ and ‘Differing Data Challenges in Sports & Esports’.

Esports Insider Managing Director and Co-Founder, Sam Cooke, commented: “When the opportunity arose to work with SPORTEL Monaco for its upcoming convention, it was a very easy decision to make.

“Providing an esports flavour within traditional sporting conventions is a great way to provide non-endemic entities with a chance to experience current topics within esports. We can’t wait for the convention to commence, in-person, on October 5th!”

Some of SPORTEL’s other exhibitors and visitors feature representatives from LaLiga, Matchroom, Eurosport, Feedconstruct, Eurovision and ITF.

On November 14th 2019, Monaco Mediax, the organisation in charge of SPORTEL, joined the Principality’s National Energy Transition Pact. As a result, the convention is expected to implement ‘various measures’ to promote and support an environmental commitment.