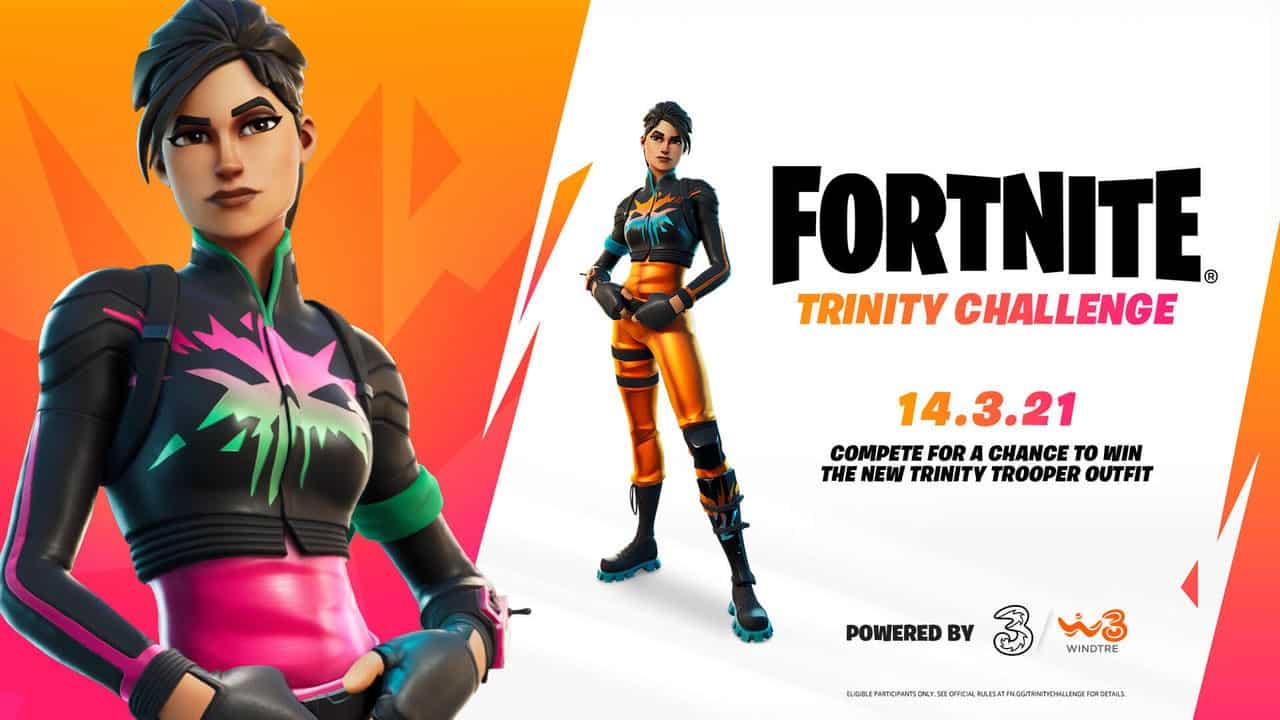 Learn how you can win the Trinity Trooper skin for free!

Epic Games has teamed up with Europe-based mobile carrier Three/WINDTRE to give Fortnite players another opportunity to win free in-game character cosmetics. This time, the Trinity Trooper skin is up for grabs only to the European region in the EU Fortnite Trinity Challenge. Although the Trinity Trooper will be available in the Fortnite Item Shop later, the tournament provides trios an opportunity to participate in a low-stakes competition and collect a prize in the process. Let’s look at how the EU Fortnite Trinity Challenge format, scoring systems and prize distribution.

This trios tournament will occur in the Europe server region, meaning all players can participate, but those outside of EU will experience more lag. Competitors on all of Fortnite’s platforms are eligible to compete. Here’s a breakdown of the tournament format, which you’ll need to know before it goes live on March 14 from 2 PM to 5 PM GMT, which is 9 AM to 12 PM EST for those in the United States:

The scoring system balances placement and elimination points reasonably. Merely spawning into the game nets one point, and each game-winning team will earn 15 points. Eliminations are worth one point. Here is the full scoring system breakdown:

Mark March 14 on your calendar so that you don’t miss this opportunity to win a free Fortnite skin. Those who don’t will have the chance to purchase the Trinity Trooper skin in the Item Shop at a later date! Visit this website for the tournament ruleset.