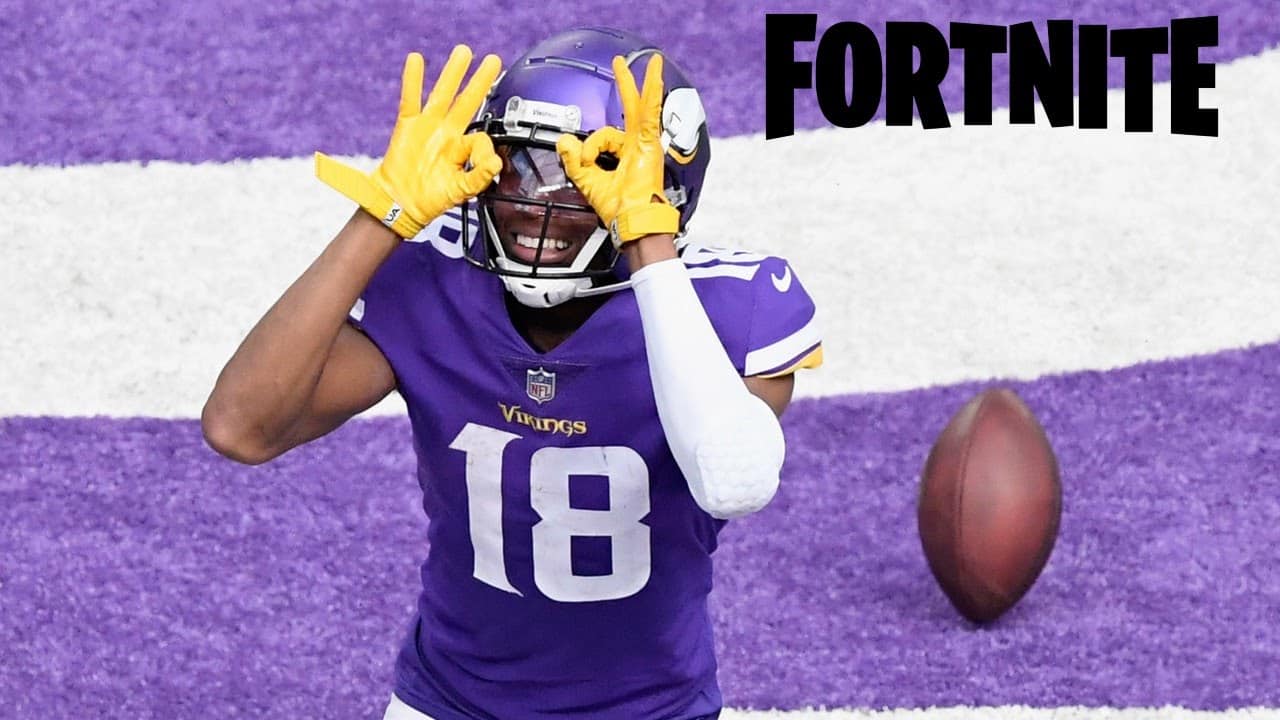 Fortnite Battle Royale’s crossover with the National Football League (NFL) dates back to the game’s early seasons. The initial partnership allowed Fortnite players to represent their favorite teams in-game through various cosmetics. Epic Games and the NFL once re-established a connection late last year, bringing new and improved uniform cosmetics and other offerings into Fortnite. With a well-documented history, Fortnite is now working with Minnesota Vikings wide receiver Justin Jefferson to immortalize his patented “Griddy” dance in the game.

Also Read: How to Unlock Neymar Jr in Fortnite Season 6

First reported by NFL insider Adam Schefter, Epic Games is working on an emote dedicated to Jefferson; a 2020 Rookie of the Year candidate. Neither Epic Games nor the Vikings wide receiver has confirmed the report, but Schefter is the most reliable across the entire sports industry. It could be banter, considering Fortnite’s ability to produce iconic emotes and dances, but the report seems legitimate. However, Justin Jefferson recently participated in the Twitch Rivals Streamer Bowl II, where he and two teammates earned $7.5K to their designated charity, so there’s precedent.

What is the Griddy Dance?

Justin Jefferson began performing the Griddy dance during his days at Louisiana State University, particularly in a game against the Texas Longhorns, according to a Complex article. Jefferson then reenacted the dance after completing his first NFL touchdown opposite the Tennessee Titans.

Epic Games remains silent on Schefter’s report, as does the player himself. We’ll have to wait and see what materializes from Fortnite’s latest collaboration with the popular North American football league.

Shortly after posting this article, Fortnite leaker HYPEX revealed Justin Jefferson’s “Get Griddy” emote. It will be available in the Item Shop on April 28 alongside Jefferson’s Locker Bundler. Players can purchase all cosmetics and emotes at 8 PM EST on that day.