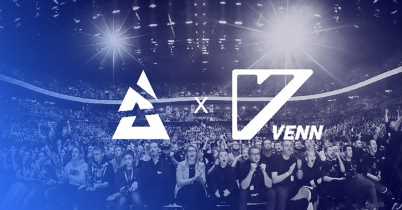 Gaming Network VENN has signed a strategic partnership with tournament organizer BLAST, with the first fruits of the deal to be realized through the BLAST Premier Global Final on Jan. 24.

Under the terms of the deal, VENN will produce content segments for the BLAST Premier Global Final featuring “special guests” from the world of esports, music skits, and fan engagement. The content will be produced at the VENN Playa Vista, Los Angeles studio.

The BLAST Global Final is the grand finale of the organization’s year-long Counter-Strike: Global Offensive tournament series, with the top eight best teams competing for a $1M USD prize pool.

VENN will also own the North American qualifier series for BLAST Premier 2021, which will see eight of the leading CS:GO teams invited to battle it out for a chance to qualify for the overall BLAST Premier series.

In addition, VENN will help co-create, execute, broadcast, and sell shoulder programming across future BLAST events, and will offer broadcasts of all future BLAST Premier tournaments across its network.