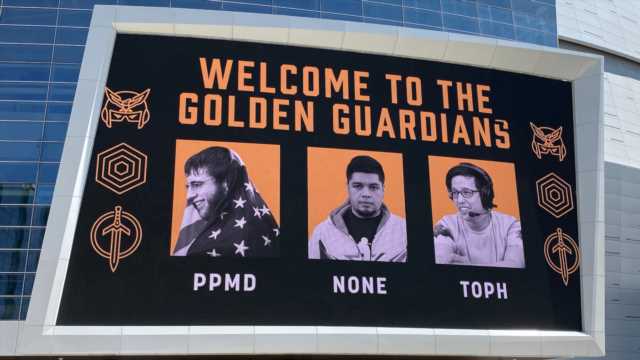 Toph is known for his work as a Super Smash Bros. Melee commentator. He provided insights at events like Apex 2015, EVO 2018 and GENESIS 5. In 2019, he achieved rank 16 on the NorCal Power Rankings.

Alongside him is PPMD, who took home the gold at Apex 2015 using Marth and Falco. That same year, he was sixth place in terms of the SSBMRank standings. As for n0ne, he is currently in first place on the Southern Ontario Power Rankings.

These players were announced during the Golden Guardians Direct event on April 2.

Along with the addition of these Super Smash Bros. Melee players, the Golden Guardians are expanding their esports outreach efforts. The new Golden Guardians Smash Grassroots Fund involves committing $50,000 to grassroots tournament organizers.

This fund has the goal of helping Super Smash Bros. Melee tournament organizers across the United States.

“Over the past year we’ve immersed ourselves in Smash’s grassroots community and are eager to continue to be an additive in the scene,” Hunter Leigh, the head of Golden State Warriors Esports, said. The Golden Guardians are an esports affiliate of the professional basketball team.

The Golden Guardians also plans to host an additional event called “The Octagon” this summer. Last year, The Octagon involved a showcase of Zain duking it out with Joseph “Mang0” Marquez.

More information about The Octagon tournament series will be rolling out in the coming weeks.