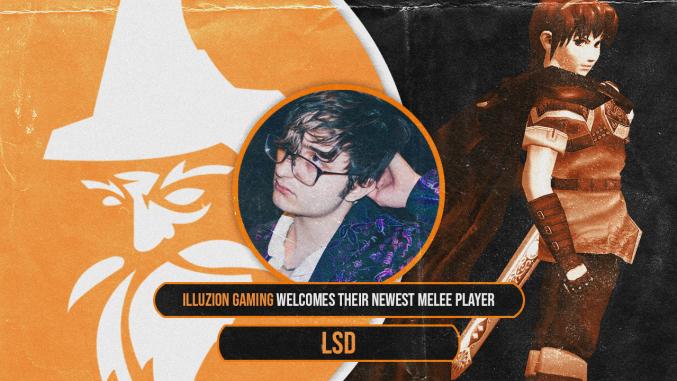 IlluZion Gaming confirmed that LSD would join the team in a tweet on January 6. They also advertised his Twitch stream, where LSD often broadcasts his runs in online tournament brackets. In his own tweet, LSD also noted that he will grow his stream with the help of Peppi. Peppi hosts tournaments with the intention of financially supporting Slippi developer Jas “Fizzi” Laferriere.

LSD is a Melee Marth main from South Carolina. He is currently ranked No. 2 on the South Carolina power rankings, which were last updated in January. Of course, LSD would likely rank No. 1 in a newer rankings update, given his recent results. He began competing regularly in 2016, but did not rise to national prominence until recently.

Despite lacking large-scale recognition in the past, LSD has had decent offline results before. Last year, he placed 65th at Pound 2019 and 49th at Super Smash Con 2019. However, he improved substantially while competing online in the latter half of 2020.

At online tournaments, LSD has beaten many of the best players in the world. These include Juan “Hungrybox” DeBiedma, Johnny “S2J” Kim, Avery “Ginger” Wilson, Zachary “SFAT” Cordoni, and Kurtis “moky” Pratt, among others. Most recently, LSD won the iBDW Sub Tournament over Dawud “Aklo” Rahman and Steven “FatGoku” Callopy. Ultimately, IlluZion Gaming has recognized LSD’s rapid improvement by bringing him onto their Melee roster.