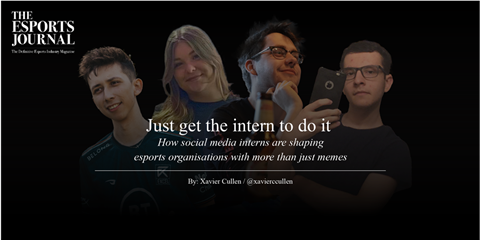 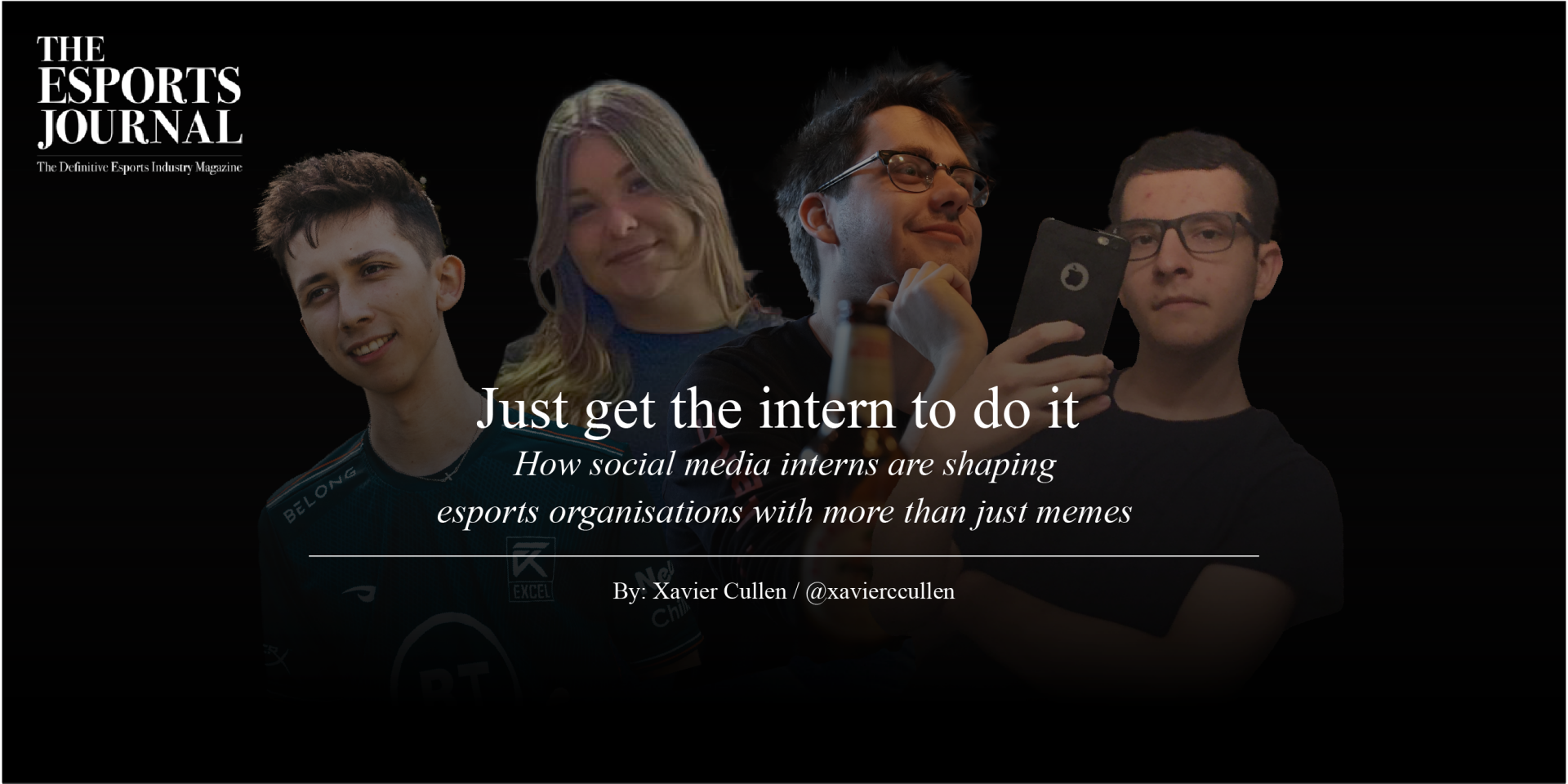 Often underappreciated and sometimes underpaid, social media interns are helping build the online brand of many esports organisations. From managing the accounts of multi-million dollar orgs to small college teams, these young adults still go unnoticed by many of their own organisation’s fans despite having a day-to-day impact.

To those on the outside looking in, working as a social media intern may seem like an easy gig. Scheduling some tweets, making some memes, and meeting some of the biggest names in all of esports feels like a dream for many of today’s teenagers.

But pulling back the curtain shows that these young adults are putting in hard work by the bucketload to work for their favourite orgs and advance their careers in the industry they love.

The Esports Journal spoke with many interns from around the scene. This is what they have to say.

For the love of esports

Working in social media wasn’t the first choice for many of these interns. For digital natives, social media is like a second language; so combining that baseline knowledge with a passion for esports seems like a no-brainer.

“I’ve always been a gamer my entire life,” said Eric Aaberg, former Social Media Coordinator Intern at Envy Gaming. “I did a lot of Minecraft community management in high school and then when I came to my university [University of Texas-Dallas] they were like ‘Hey, we’re adding an esports programme and department’ … I did everything I could to try and get a job there.”

After first trying out for UTD’s esports programme as a competitive player, then as an analyst, and finally an assistant coach — Aaberg eventually found his home as a part of the creative division. Now, he has overseen a large growth in the programme, of which he is currently a student director. With his experience, Aaberg was hired as a TikTok specialist for Complexity gaming on Sept. 25.

Caity Emery, former Social Media and Community Intern for National Student Esports (NSE) and Vice President of Warwick University Esports, was in a similar situation to Aaberg when she first applied to NSE. She loved gaming, but didn’t initially consider social media as a path into esports. In fact, before she got to university, she didn’t even have a Twitter account.

“I have never been hugely into social media, that wasn’t really my thing,” Emery said. “I mainly applied [for the role] because I really liked working in esports. I honestly struggle to work effectively if I don’t actually enjoy what I’m doing.”

After getting valuable experience working for NSE, Emery said that working in social media, something she was once afraid of, has become something she’s really interested in after her internship.

Emery stated: “I think the fact that it was a community position was why I went for it because I really love talking to people … but, actually, now that I’m doing it, I prefer doing social media.“

Internships are often an entry point for passionate young people to get their foot in the door towards a career and Emery said her internship was a great learning experience. However, they’re far from an easy gig.

To read the rest of this piece, go to The Esports Journal Edition 9, page 9

Find out more about ESI London