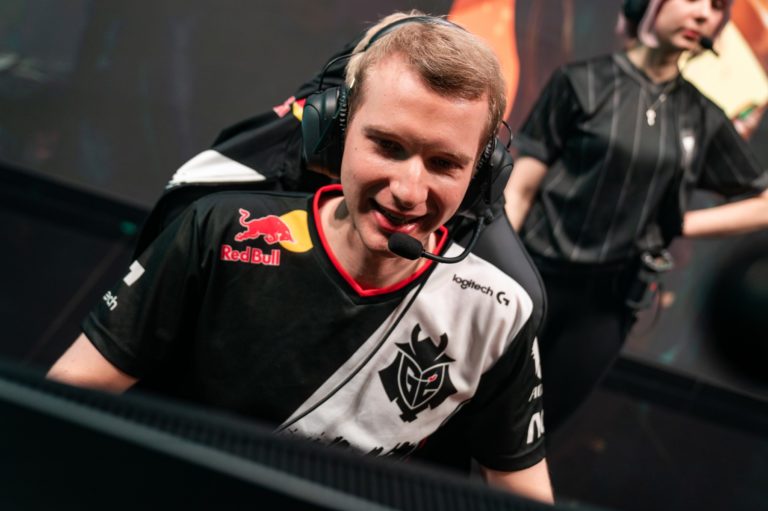 Just three games remain for each team in the LEC before playoff seeding is finalized. 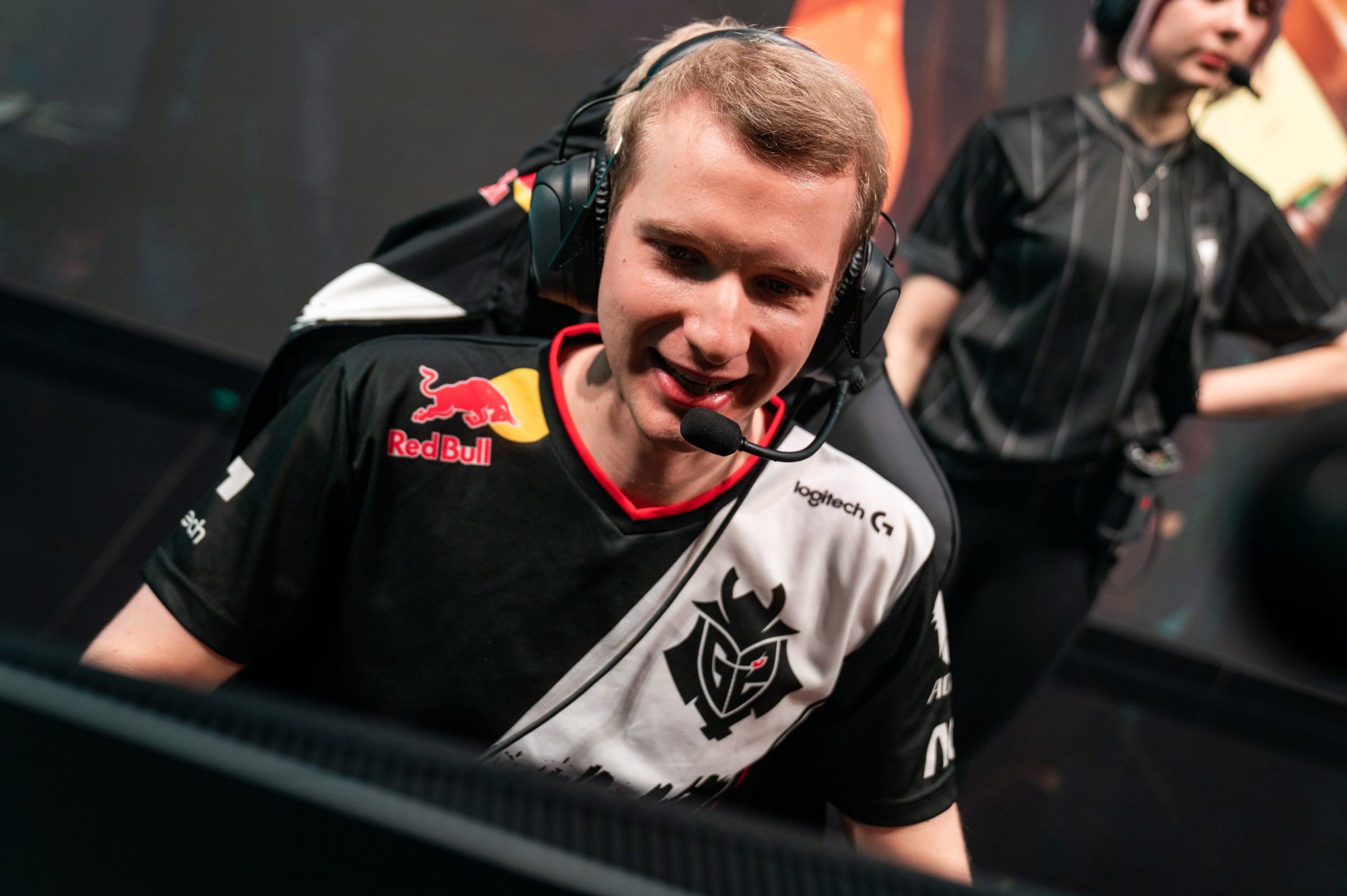 The LEC is on the cusp of completion. Only two teams have clinched a playoff spot heading into the final week of the 2021 Spring Split, and with the clock winding down, playoff spots are still very much up for grabs.

Realistically speaking, well over half the league still has a chance at securing a playoff spot this weekend. So while the top half of the league might be secure in terms of its most prominent challengers—namely G2 Esports and Rogue—every other team in Europe is chasing a real chance at fighting them for a seat on the throne.

This week, each team in the LEC will play three games as opposed to the usual two. With the league shifting to a “super week” format to close out the Spring Split, just as it did to kick it off, League of Legends fans should strap in for a wild ride.

Here are our LEC power rankings heading into the final week of the 2021 Spring Split. 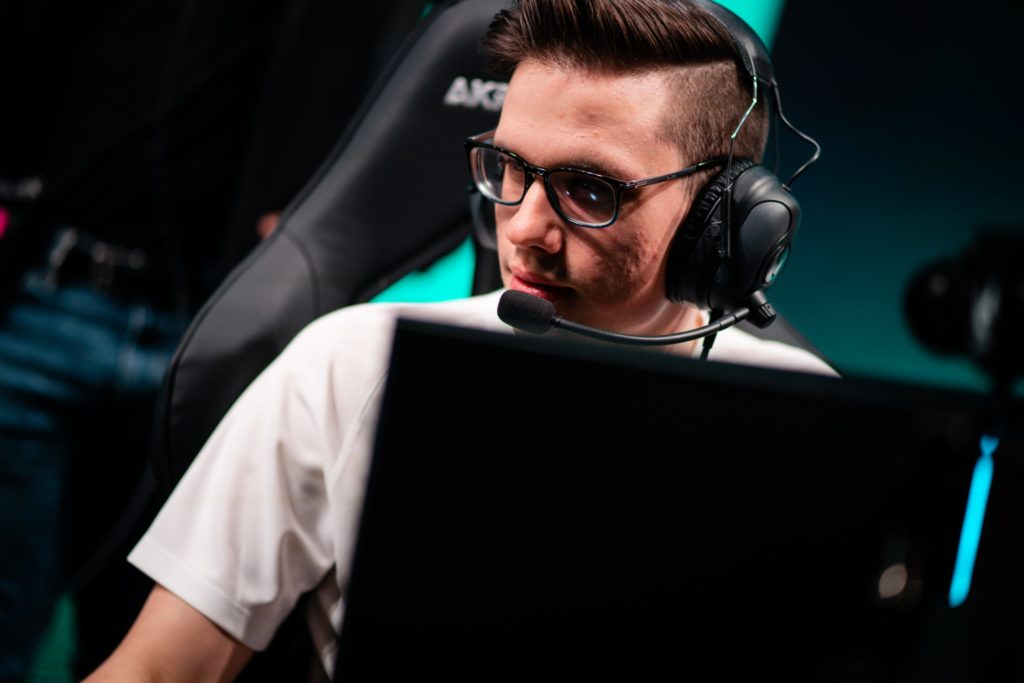 It’s been a disappointing split for these three LEC teams in particular. The bottom of the standings has been relatively unsurprising for the majority of LEC fans after both Vitality and Astralis’ offseason roster moves were met with raised eyebrows across the community.

Excel are in jeopardy of continuing their streak as the only organization competing in the LEC to have not made the playoffs since entering the league. The team has been plagued with a lack of initiative. Excel’s players are incredibly hesitant to make mistakes, but this comes at the cost of any proactivity on the map. There were moments this split where they showed some promise, including a nail-biting loss to G2. But close isn’t enough for such a consistently underperforming organization and Excel will need to take a hard look at themselves in the offseason if they’re going to turn things around in the summer.

Astralis have looked somewhat better after MagiFelix came in to replace Nukeduck in the middle of the season, with Nukeduck opting to take a break for undisclosed personal reasons. Community expectations of this roster coming into the spring were perhaps the lowest of any team in the LEC—and it’s fair to say those expectations have been met. But it’d be unfair to write off the entire roster after only a split. There have been moments in which Astralis have displayed that their ceiling could potentially be a little higher than what they’ve shown so far, but ultimately this was a disappointing split from a team that was unilaterally expected to finish in last place.

Vitality are in a similar boat. A team full of young players who have never played together before is expected to have more than its fair share of bumps in the road. It’s unclear if Astralis or Vitality will make roster moves in the offseason, but in a league where these teams will be competing against ex-Worlds finalists, performances like the ones we’ve seen this split simply aren’t enough. 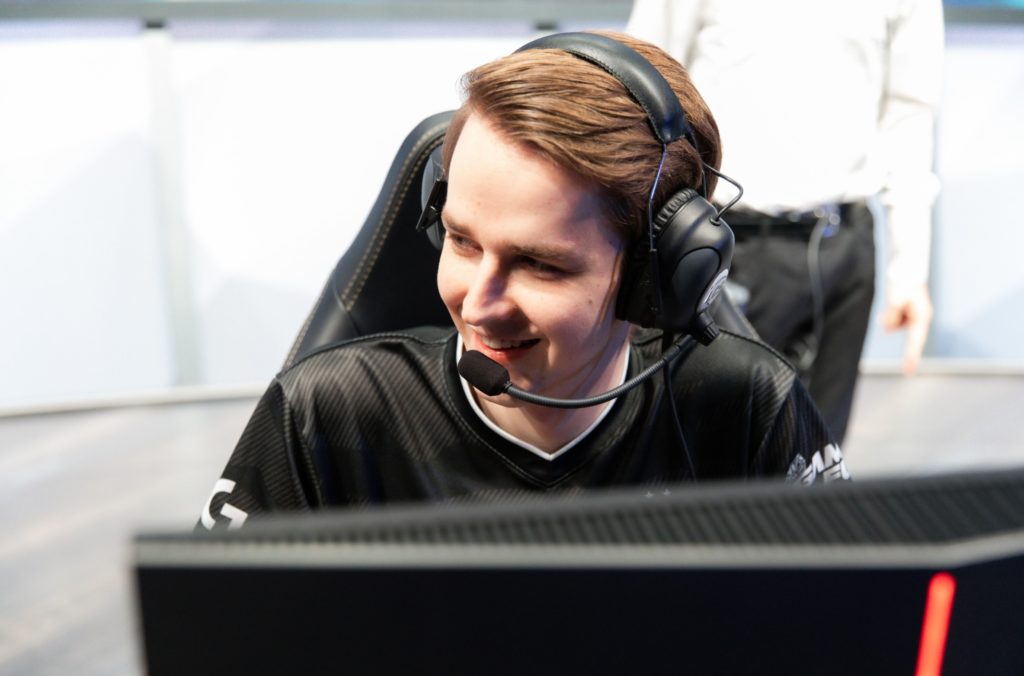 One of these teams won’t be going to the playoffs—and that’s probably for the best. Whatever cruel deities reign above are clearly culling back the good fortune that Schalke 04 were blessed with in the 2020 Summer Split for their miracle run and are instead making them compete with a team in Misfits that was playing poorly until a recent stretch in which they’ve now rattled off three wins in four tries with the only loss being to G2. Yes, the wins were over Excel, Schalke, and Astralis, who might be three of the worst teams in the league right now. But momentum is momentum and a team’s record in the second half of the split is a tiebreaker. Right now, that’s one they (3-3) hold over Schalke (1-5), who realistically are their opponents for that sixth spot.

Misfits’ recent run of good form has come partially thanks to a friendly slate of opponents and partially due to simply good play. Razork is still the most important player on this team, as many thought he would be, and Vetheo has also managed to string together good performances after an inconsistent start to the split. Poor HiRit is stuck on tank duty but Sion, point-and-click as he might be, is proving to be an increasingly important champion to master these days (as much as one can “master” Sion). The top laner’s curse of essentially just being relegated to responding well to “TP! TP! TP! TP!” rewards consistency in lane and good teamfighting, the latter of which has given Misfits fans hope that their team can ride their momentum into a tough schedule and maybe into a surprising run in the playoffs.

In this split-ending super week, Schalke face a Fnatic team only one game out of starting in the losers bracket, as well as Vitality and Excel, who are fighting for their playoff lives—regardless of how unlikely a berth might be for them.

SK Gaming stumbled a bit last weekend in an 0-2 showing against Vitality and Fnatic, but this is a team that deserves to be in the playoffs. With a super week schedule of Rogue, Astralis, and G2, even a 1-2 performance should be enough to get them in barring both of the other teams in this echelon of the power rankings going 3-0. That would trigger a three-way tiebreaker that you can play out in this foldy sheet. 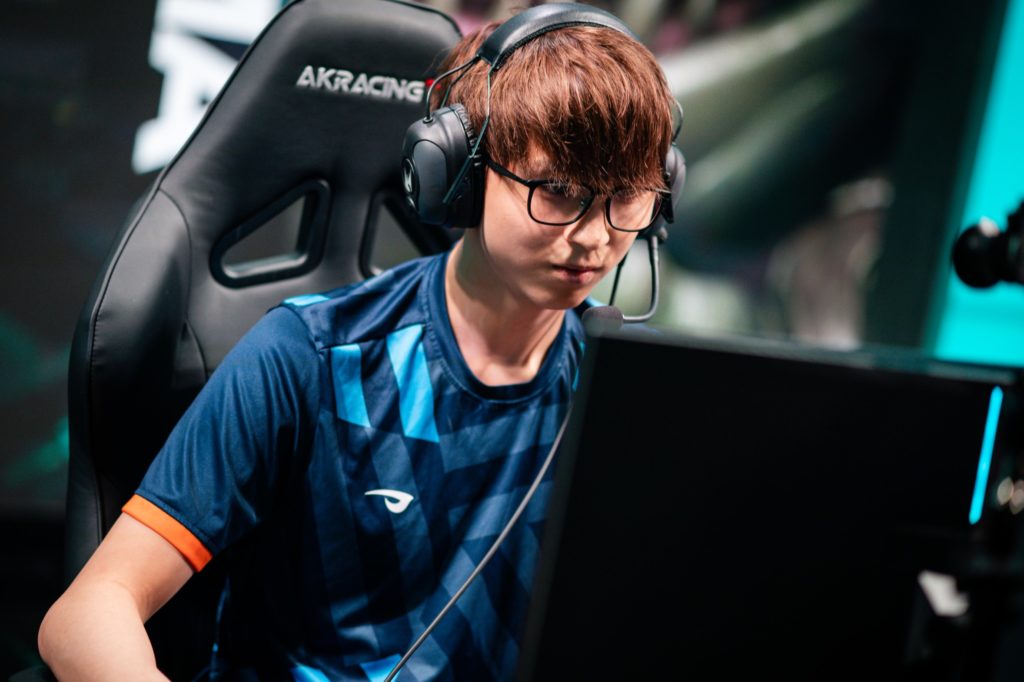 Fnatic and MAD Lions have shown throughout the season that there’s enough firepower on their roster for a deep playoff run. Both teams have a 9-6 record heading into the last week of the split but haven’t shown enough consistency to place them in the upper echelon of the LEC just yet.

For MAD Lions, there’s plenty to look forward to this postseason with their young, fiery lineup of talent. One of the team’s brightest stars of the Spring Split has been their jungler, Elyoya. He’s proven to be one of the best upcoming rookies in the league with the highest kill participation percentage, the highest team kill share, and the second-most kills in his role, according to Oracle’s Elixir.

Fnatic, on the other hand, haven’t had a standout performance by their own standards. But they could still bring the fire in the playoffs, which is where they’ve made their stand almost every season. Many people doubted his ability to replace Rekkles, but Upset has stepped out of the shadows and into the sunlight as the team’s new AD carry. Right now, he has the third-most kills in the league and some of the best early-game stats of any LEC player, according to Oracle’s Elixir.

Again, both of these teams have been decent, but there’s only one squad thus far that’s been a genuine challenger to G2’s throne this season: Rogue. This team rivals the European juggernaut in multiple stats, including average gold difference at 15 minutes and objective control percentage. Rogue even has the highest KDA in the league at 1.78, as well as the lowest amount of deaths among LEC teams. They weren’t able to beat G2 in their last match, but it was an incredibly close game that made everyone hope to see them clash in the playoffs. 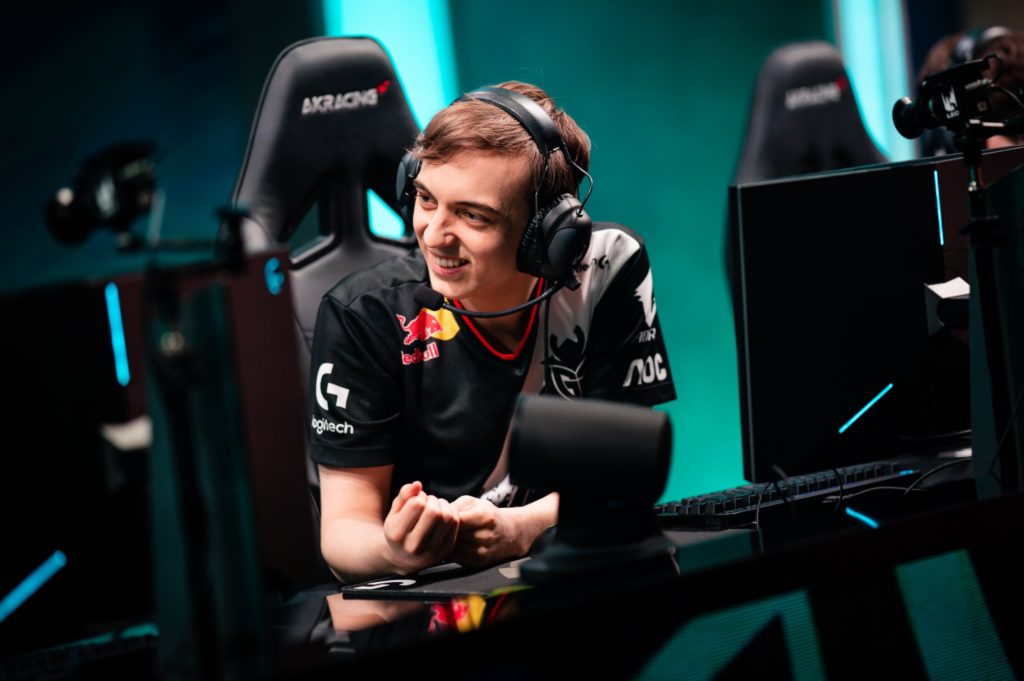 It’s clear that G2 are in a class of their own. Everyone knew that this moment was coming—the moment when G2 stood alone, walking with their heads held high into an all-but-confirmed No. 1 playoff seeding. The team’s main competitor, Rogue, still sit just one game behind them in the standings with three contests remaining for each team. But barring any cosmic disasters, it appears that G2 have the top spot in the 2021 LEC Spring Split playoffs locked up.

Last week, the team’s win over Rogue essentially confirmed that they’ll be heading into the playoffs on top. Both times the two squads faced off, G2 won in convincing fashion. And sure, we won’t have a real answer as to which team is truly the best in Europe until they face off in a best-of-five sometime in the playoffs. But at this moment in time, it’s safe to say that G2 are on top of the LEC by a definitive margin.

With a record of 13-2 heading into the final week of the Spring Split, G2 could be poised to top last spring’s final record of 15-3. This weekend, the team will wrap up its Spring Split with games against Excel, MAD Lions, and SK Gaming.