Logitech has featured superstar League of Legends player Søren “Bjergsen” Bjerg in another documentary, this time called “RESET”. The documentary is a 15 minute-long video that follows Bjergsen on his journey back to Denmark, his home country. After spending a whole year with his NA team Team SoloMid (TSM), it’s time for him to take a short break. 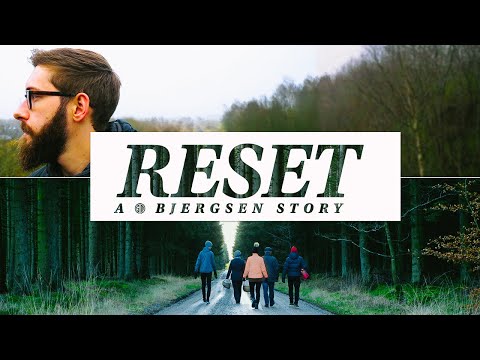 Logitech G esports produced the documentary, originally marketed on Twitter. The computer manufacturing company has a long history of working with TSM. They’ve collaborated with the team by creating exclusive TSM-branded merchandise and providing them with technology to become better players. This time, they’re doing something different by following the life of one of TSM’s most recognized team members: Bjergsen.

The documentary takes viewers on a trip as Bjergsen relives old memories he had as a young kid. The viewers take a peek into his past, including trauma that eventually turned him into the person he is today. As the cameramen document his visit to see his family, they get a chance to interview his sibling.

His brother, Allan Bjerg, sums up Bjergsen’s transformation from a shy young boy to the successful professional he is now: “I feel like he’s turned from being just a player to being a leader”. Throughout the video, he interacts with his family through activities such as cooking and watching TV.

In the documentary, Bjergsen also shares some words of wisdom for other professional players.

He recalls many moments where he has seen his teammates quit or fail due to a lack of flexibility within their careers. Overall, he emphasizes working hard and seeking to be better than before, which is a common theme among Bjergsen’s other documentaries.

The video is now live on YouTube. At the time of this article’s publication, it had reached almost 20,000 views since its premiere two hours earlier. With over 1.3 million Twitter followers, this is a deep inside look at his home life that many fans will enjoy watching.