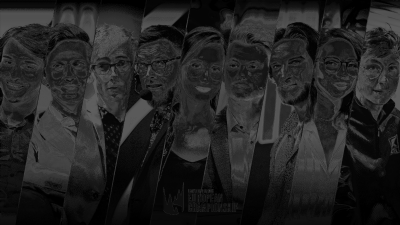 With the LEC getting underway in just a few days, the league has confirmed the talent that will grace the broadcast for 2021.

The majority of the talent from 2020 returning and the 2021 broadcast will feel like a familiar place for fans. Two new additions will join for 2021, including Marc “Caedrel” Lamont and Dan “Foxdrop” Wyatt.

Caedrel was a popular addition to the 2020 broadcast during the playoffs and Worlds shows. Fans saw him as an ideal pickup for the league after parting ways with Excel Esports at the end of 2020. Caedrel will be joined by another former LEC talent, Foxdrop, who rejoins the crew for the 2021 season.

Returning host, Eefje “sjokz” Depoortere, had this to say:

“I’ve been part of this crazy ride since the EU LCS started in 2013 and I’m overly excited to host the 2021 LEC Season! The last two years of LEC have been a rollercoaster of stacked seasons, miracle runs, reverse sweeps, rap battles and content. We’ve lost some stars this year, but that only makes our job in highlighting our new stars, even better! “

The rest of the lineup, bar Froskurinn, remains the same, with the 2021 Spring Split boasting a strong lineup of broadcast, interview and casting talent.

A popular figure during her time on the broadcast, Froskurinn brought a new take on the LEC for fellow hosts and viewers. We’re sure Froskurinn will be on our screens again soon, and we can only hope that it will be talking about League of Legends.

The full extent of the reason for Froskurinn’s departure isn’t known, only that she’s chosen not to re-sign for 2021. The LEC was involved in some controversy in 2020 when they partnered with Saudi Arabian city Neom. The deal was met with massive backlash by the community and talent which led to the deal being canceled a few days later.