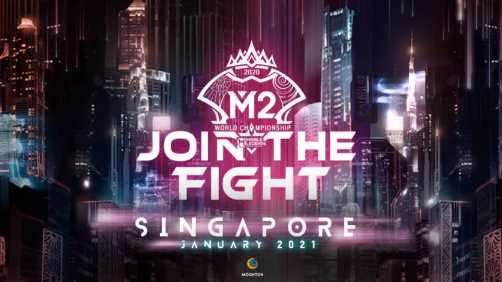 The tournament, starting on January 18th, is being held offline behind closed doors in Singapore.

RELATED: 2021 M2 World Championship to be held in Singapore

Global electronics manufacturer Samsung has been confirmed as a partner of the Bahasa Indonesia stream for the event alongside Nimo, which has been named the official broadcaster of the same stream.

Lucas Mao, Managing Director of MOONTON Esports, commented on the announcement of its partners for the event: “MOONTON Esports is proud to have enjoyed the strong support of many partners, many of whom have given their unwavering support over the years. We are also pleased to welcome new partners whom we look forward to build relationships that will last for many years.”

Cindy Tan, Head of Business and Marketing at Singtel’s International Group, also spoke on the deal: “Singtel and PVP Esports are proud to partner with MOONTON to develop the esports community in the region. In an industry where low lag experience and performance is critical, we are pleased to be providing the high speed network support for the M2 World Championship.

“Participants can look forward to the best seamless gaming and streaming experience as they catch the exciting action and cheer on their favourite teams.”

Esports Insider says: Moonton has done an impressive job in securing a variety of partners ahead of the second World Championship for Mobile Legends. With mobile esports on the rise, it comes as no surprise to see many partners involved for one of the largest tournaments of the year.