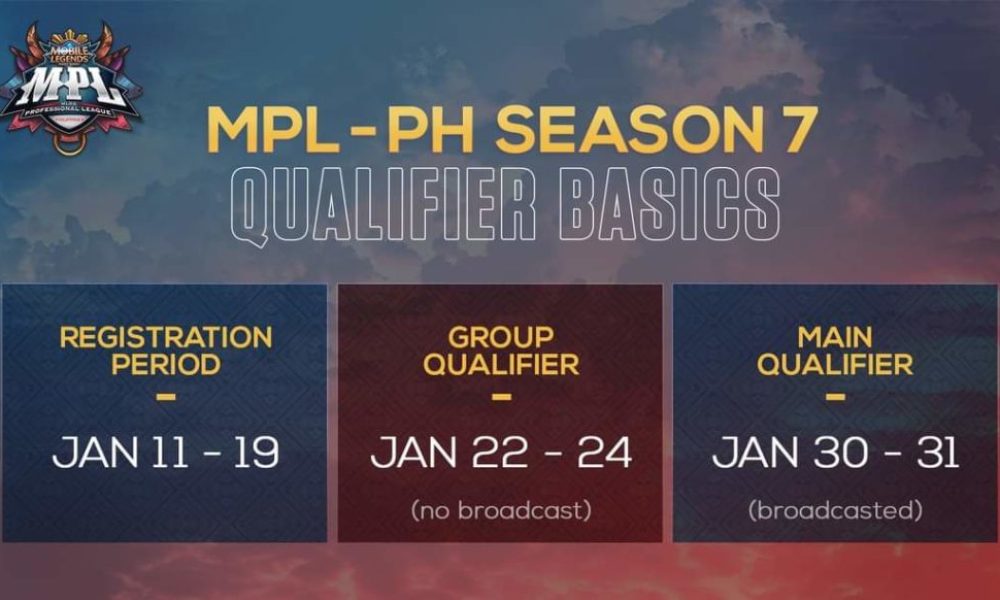 If you want to compete in Mobile Legends: Bang Bang Professionally, it’s time to tie your boots up. The MPL-PH has revealed the dates for the Season 7 qualifiers.

Those interested in vying for a spot in the league will want to get their team ready quickly as registration opens up on Sunday, January 11th and will run through January 19th.

The two-day main qualifier will begin on January 30th and will be broadcasted. As of now, there’s been no information regarding which channels it will be streamed from or which languages. In addition, the number of participating teams has not been revealed at the time of this articles publication.

Last season saw Cignal Ultra return alongside Nexplay Solid who replaced both STI and Geek Fam PH in the league given the latter two teams bottom two placement in the previous season. Given this format, BNK Blufire and BSB will make way for the two new qualifying teams given their performance in Season 6.

Want to discuss this and other news with the author? Check him out live on Twitch where you can ask questions!