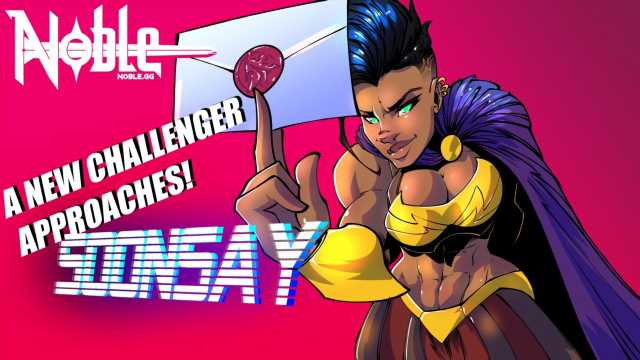 Previously, Noble’s esports roster included a handful of Smash 4 players, including Tommy “Ryo” Janky and Manny Medina. However, Noble dissolved its Smash 4 team in August 2017. Jon “Sol” Lackey, another Smash 4 player, stayed on the team as a streamer and ARMS player, making him Noble’s sole Smash player for a few years.

Despite the organization’s history with Smash, Soonsay will be the first Melee player to join the ranks of Noble. He is also a livestreamer on Twitch, best known for streaming his online Melee tournament runs. Soonsay is currently on hiatus due to a broken knuckle, but he expects to return to streaming and competition soon.

More about Soonsay, the newest member of Noble

Soonsay is currently one of the fastest-rising players in Super Smash Bros. Melee. The Fox main from Ontario started entering major tournaments at the end of 2018. In a little over two years, he climbed from relative obscurity to become one of the top players in North America.

Throughout 2019, Soonsay achieved modestly impressive results at a handful of major tournaments. He placed 25th at GOML, 17th at Super Smash Con and 49th at The Big House 9, with wins over top 50 players like Rishi Malhotra and Hugo “HugS” Gonzalez. In addition, Soonsay’s fifth place finish at EGLX 2019 secured him a temporary sponsorship for three majors in 2020. (Soonsay was only able to attend one such major, Genesis 7, before the beginning of the COVID-19 pandemic.)

Looking forward, Soonsay will be a likely pick for the Smash World Tour Regional Finals later this year. If he is chosen, Soonsay will get the opportunity to test his skill in offline Melee for the first time since last March, and he will get to do so under the Noble banner.