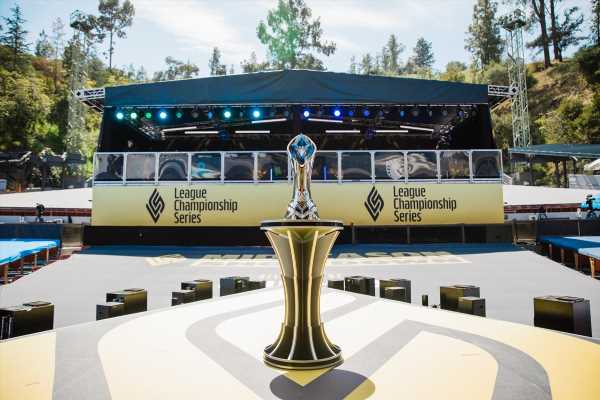 The hot sun beamed down on Los Angeles, California on April 10. Somewhere in Griffith Park, it was easy to hear the electrifying voices of shoutcasters David “Phreak” Turley and Sam “Kobe” Hartman-Kenzler bringing life to the historic Greek Theatre for the first time since 2019.

The League of Legends Championship Series 2021 Mid-Season Showdown losers’ bracket finals were underway. TSM had just clutched out a game three victory against Team Liquid to stay alive in the series. Before I took a break ahead of the next game, the camera feed focused on the thick woods surrounding the arena.

The broadcast had caught a deer grazing by the venue during the downtime. Neat.

Phreak and Kobe began playfully commentating over the surprise guest’s dinner. But, as people weren’t present to laugh at their jokes, the weirdness of an LCS roadshow without fans finally started to set in for me.

A similar event occurred during the LCS 2017 Spring Finals in Toronto when a pigeon landed on stage during an analyst desk segment. I’ll never forget the uproar from the crowd when the camera acknowledged it; everybody went nuts.

Moments like these were a part of what made LCS events an in-person viewing experience unlike any other. I sat in front of my monitors adorned with Twitch and Twitter tabs and longed for the unfiltered cheers of thousands of passionate fans.

The first day ended after four games with a Team Liquid win. In a surprise twist, they’d advance to the Grand Finals against Cloud9 on April 11 despite starting substitute jungler Jonathan “Armao” Armao. Their victory cries were met by empty stands. As TSM’s members hung their heads in defeat, the chilling silence was palpable.

A colleague watching along with me in Discord let out a sigh. “The crowd would be going ballistic right now if this was in person.”

When Riot announced the return of live shows for the Mid-Season Showdown Finals, I was relieved but sad. It would be the League of Legends Championship Series’ first live event since March of 2020. However, in compliance with standard COVID-19 protocol, it would still be unable to accommodate an audience.

The recent wave of vaccinations and re-openings have signified a light at the end of the tunnel for many; one step closer to a “new normal.” A year of quarantine and lockdown orders have stopped the world in its tracks. However, while we’ve been frozen in time, League of Legends esports has persisted.

The deep and intricate stories of its players have continued on since then. New talents have risen up and rivalries have been born. The things we love most about watching professional League, and the LCS, have moved forward without us.

In May, the 2020 Mid-Season Invitational was canceled. However, Riot was able to execute a 2020 World Championship in Shanghai, China with players on stage. The Grand Finals even had a limited live audience.

Since then, Europe’s League of Legends European Championship moved its broadcast back to its iconic studio in Berlin, Germany. With surging COVID-19 cases in North America, the LCS made the best out of an unfortunate situation. It continued with a fully remote broadcast in 2021 until playoffs.

Even though the last LCS final in the Summer of 2020 was entirely remote, I preferred that to watching from behind a screen while players and broadcast talent were on-location. It was like listening to an orchestra perform from the auditorium lobby or celebrating your significant other’s birthday over long-distance. The ability to share the moment with others, by being physically present with them, makes it all the more special.

If you win LCS and nobody’s around to hear it, did it really happen?

Sunday, April 11, was the day of the main event. I felt as though I’d become a bit more used to the vacancy and I went in excited to watch the games. When the opening ceremony rolled around, however, the feeling of missing out hit me like a truck.

Have you ever seen a metal band play their hearts out in a pyrotechnic-filled set in front of a virtually zero-person audience on a beautiful spring day?