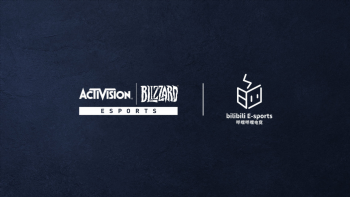 Per reports from The Esports Observer and Pandaily, Bilibili confirmed that it was granted exclusive broadcasting distribution rights in China for OWL, which includes further development of commercial interests and promotional support.

In April 2020, it was reported that Bilibili replaced Banana Culture as the league’s Chinese production partner. The streaming site has since secured the hosting rights of OWL Overwatch Contenders and Overwatch Open Division tournaments in China.

Bilibili, also called ‘B Site’ in China, was launched in 2010 as a video sharing site that focuses on gaming, comics, and animation.

In 2018, the company cemented its position in esports by purchasing its own Overwatch League team, Hangzhou Spark. Being a franchise partner of Activision Blizzard certainly didn’t hurt Bilibili’s chances of obtaining the broadcasting rights it wanted.

Bilibili also obtained exclusive broadcasting rights to all major League of Legends global events last year. The three-year deal began in 2020 and runs through the 2023 League of Legends Mid-Season Invitational.

Esports Insider says: China is home to the largest gaming market in the world. Companies like Activision Blizzard and Riot Games know that tapping into the country’s audience is critical for global success, especially when events are hosted in the region. If this report is true, Bilibili’s position as China’s answer to Twitch continues to strengthen.