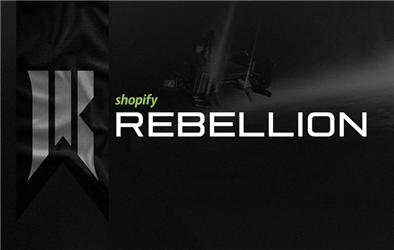 Rebellion’s launch coincides with the news that the organization had already recruited some of the best players in the game, adding 2016 world champion Byun Hyun-woo, Sasha “Scarlett” Hostyn, and Julian “Lambo” Brosig. Hostyn has taken home a major Starcraft 2 championship along with $50K and is credited as the first woman to ever win a major international event. Hyun-woo has earned more than  $430K USD in winnings thus far during his career. Brosig routinely finds himself in the final-four of most events he has participated in and has earned over $100K while competing.

The team didn’t have to wait long to don a Rebellion jersey. It has already been competing at IEM Katowice, a stop in the ESL Starcraft 2 Pro Tour. which started on Feb. 20. The $250K prize pool tournament takes place from Feb. 20-28 and is played entirely online.

Lutke is a long-time supporter of Starcraft 2 as a game and an esport, who has occasionally streamed on Twitch while playing the Activision Blizzard title, and has donated money to the total prize pool of various tournaments.

All this comes after Dario “TLO” Wünsch was introduced to the esports space and Shopify fans as the company’s new esports program manager last September.

Starcraft 2 has seen a resurgence as of late as Activision Blizzard partnered with ESL and DreamHack in a three-year deal that would allow the two brands to manage and produce Starcraft 2 esports events.