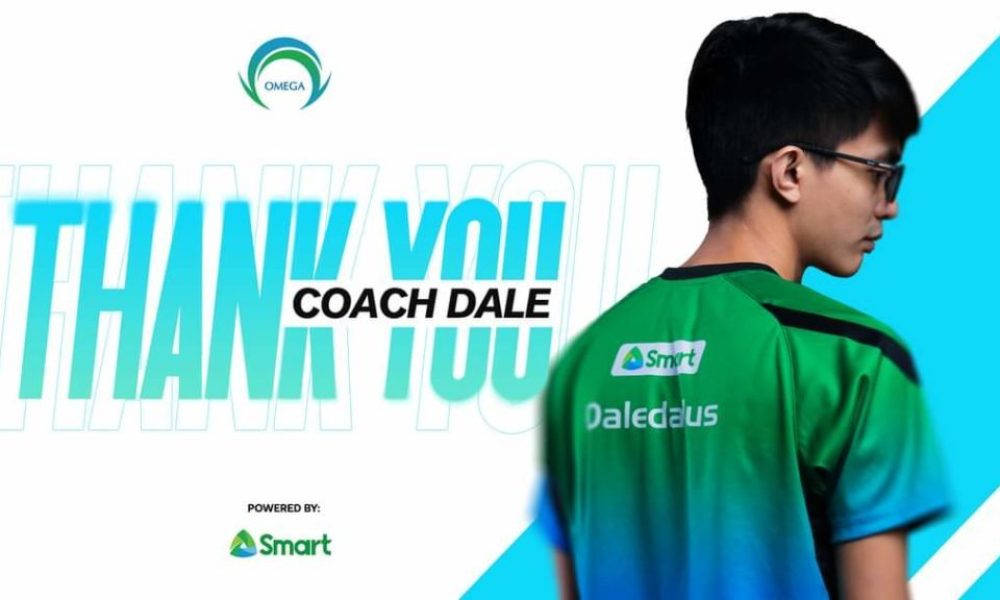 “We express our gratitude and thanks to our coach, Dale “Daledalus” Vitug for all of his efforts in shaping our team to who and what they are today,” Smart Omega said in a statement posted to its Facebook page. “We are announcing the departure of Coach Dale as our coach. Although we have to walk a different path, the friendship that we built will never end.”

Dale had helped guide Omega to a runner-up finish in Season 6 of MPL-PH where they fell 4-2 to BREN Esports. They followed that with another grand finals appearance at The Nationals Season 2 where they were reverse swept by BREN to fall 3-2.

Omega then swept its group at the M2 World Championship to make the playoffs, but were unable to grab another game in the playoffs landing them a 5th-6th place finish in the 12-team tournament which BREN Esports also won.

Dale began as a player with Finesse Solid back in Season 2 but moved on to coach in Season 4 and has led teams since. He was the head coach of Team Sibol during their gold medal run at the 2019 SEA games.

Smart Omega will be making another run for the trophy in MPL-Ph Season 7 with the two new teams World Challenger and Laus Auto Group Playbook Esports joining the fray.