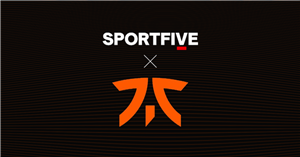 Sports and entertainment agency SPORTFIVE has been selected by London-based esports organisation Fnatic to assist in its search for a main sponsor.

The deal will see both parties collaborate to find a new front-of-jersey sponsor for the esports organisation, the first time in three years.

Fnatic becomes the latest organisation to recruit the services of SPORTFIVE after it established its global esports unit in August 2021. In November 2020, the agency announced it joined forces with Singaporean organisation Team SMG, which appointed SPORTFIVE as its commercial sales representative.

Glen Calvert, Chief Operating Officer at Fnatic, spoke on the partnership in a release: ”Fnatic is excited to collaborate with SPORTFIVE and further scale our activity in the esports ecosystem by having them represent our most sought-after global asset. After a successful multi-year partnership with OnePlus we’re making available the coveted front of jersey position on all our teams, an asset only available for Global Main partners.

“Fnatic has an unrivalled legacy and brand position in esports, and finding a partner we can trust to best reflect the value we can provide to brands is important to us, and SPORTFIVE has great experience with a proven track record in this industry. We look forward to the innovative work we’ll do in shaping esports and brand partnerships together.”

This particular partnership isn’t the first time the two parties have collaborated. SPORTFIVE worked with Fnatic to secure a multi-year deal with electronics giant Hisense alongside a deal with payment provider Klarna.

Lee Goldwater, Senior Vice President of Sales at SPORTFIVE, also commented: “Fnatic are one of the most forward-thinking and progressive rights-holders in the world, and we are proud to have the opportunity to take their Front-of-Jersey main partnership to market.

“The Fnatic audience is incredibly engaged, and the chance for a business to connect in innovative ways with this passionate set of fans, through the power of the Fnatic brand platform, offers a uniquely valuable marketing opportunity.”

Esports Insider says: Considering SPORTFIVE’s track record with securing deals for Fnatic, it comes as no surprise to see the two parties joining forces once again as Fnatic begins the search for a new front-of-jersey sponsor. As one of the most recognisable brands in the esports industry, competition to be the new sponsor is likely to be extremely high. It will certainly be interesting to see which brand replaces OnePlus.