Welcome to the SSBM 2020 Q1 Rank, hosted by Daily Esports! With the coronavirus pandemic bringing esports competition to a halt, this ranking recognizes those who performed well in early 2020. This series will detail the results of the current top 25 Super Smash Bros. Melee players in the world.

As this series approaches its end, every player that remains is the cream of the crop. Today’s five players are no strangers to competing in Super Smash Bros. Melee at a very high level. However, one of them holds the distinction of having never appeared in an official Melee top 10 ranking. 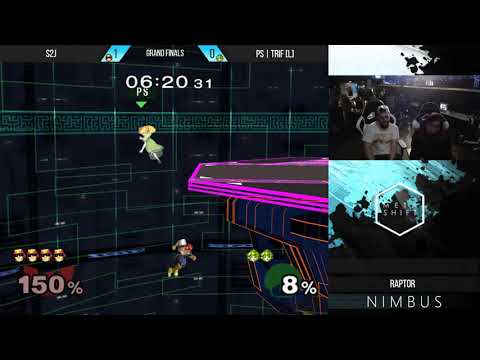 Johnny “S2J” Kim largely played second fiddle to Fiction and iBDW in-region, making him easy to overlook. However, his early 2020 was marked by consistent performances at an incredibly high level. S2J placed in the top 3 of every single tournament he attended this season, barring Genesis 7. This included 1st place finishes at three of the four locals he entered.

S2J kicked off 2020 with a quiet but respectable 13th place finish at Genesis. In the process, he beat Joyboy, SluG, and Ryobeat and dropped sets to Zain and n0ne. S2J followed this up by winning the stacked Nimbus #70 local, defeating KoDoRiN, Captain Faceroll, and Trif (twice).

S2J emerged ahead of another stacked field of opponents to place 3rd at Saving Mr. Lombardi 2. He swept through pools cleanly, defeating Ginger, Westballz, Ice, Prince Abu, and Franz, only dropping three games in the process. After losing to Professor Pro in the main bracket, S2J ran through Kalamazhu, Lucky, Ginger, and Professor Pro before iBDW finally eliminated him.

He also placed 2nd at DreamHack Anaheim 2020, beating Tai, ARMY, Westballz, and Fiction while dropping two sets to Fiction. At other local tournaments, S2J earned additional wins against Nut, null, KoDoRiN, and Lucky. He struggled to challenge higher-ranked players this season, with a single victory against Fiction as his only top 10 win.

However, S2J made up for his low peaks with impressive consistency against lower-ranked players. All of his worst losses were to players he held winning or even records against (Nut, Lucky, and Professor Pro). Of every opponent he faced, S2J only failed to take a set from three of them: n0ne, iBDW, and Zain. This consistency set S2J clearly above every player ranked below him, and clearly below every player ranked above him. 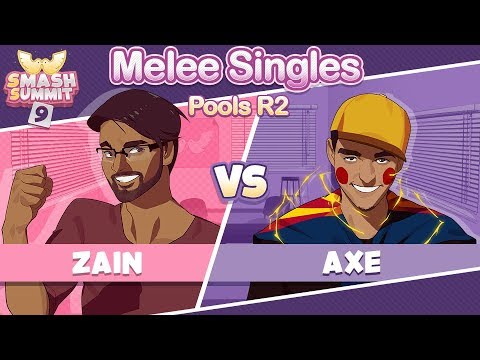 Following the best year of his Melee career in 2019, Jeffrey “Axe” Williamson had a rocky start to 2020. He did manage to claim 1st place at Settle It!, an Arizona regional where he double-eliminated Spark. But in the process, he dropped a set to Schythed, a player barely ranked in the 2019 MPGR top 100.

Genesis 7 brought even more disappointment. Axe placed 33rd, his worst performance since 2016. Along the way, he lost to Panda (another barely top-100 player) and Plup (who had a subpar performance himself). When Smash Summit 9 rolled around, Axe was undoubtedly looking for redemption.

Fortunately for Axe, competing at Smash Summit seemed to help him return to his prior form. While he couldn’t match his 1st place finish from Smash Summit 8 last year, Axe still placed an impressive 5th. He defeated bobby big ballz, Ryobeat, Spark, aMSa, Fiction, Wizzrobe, and Zain, while losing to Leffen, Plup, and Mang0.

Axe’s phenomenal run at Summit was good enough to carry him into the SSBM 2020 Q1 Rank top 10. It’s not too hard to imagine that Axe is still capable of reaching the same heights he did in 2019. Nevertheless, Axe’s bad losses created a stain on his résumé that could not be overlooked, precipitating his drop from No. 4 in the world. 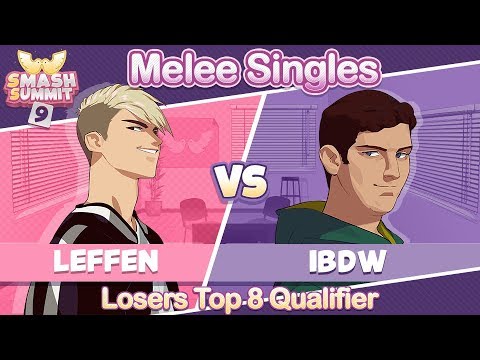 Cody “iBDW” Schwab has had a productive 2020, debuting on the SoCal power rankings and getting sponsored by Panda Global. All the while, he maintained the high standard of play he established for himself throughout 2019. iBDW started his season at a small local tournament, Melee @ Verdugo West #94: Genabis. He placed 2nd, taking sets off of HugS and null while dropping two sets to Fiction.

iBDW’s 13th place finish at Genesis 7, while undeniably respectable, was still a slight underperformance. He defeated bobby big ballz, ARMY, and Ice, though he suffered upset losses to both PewPewU and Captain Faceroll. At Saving Mr. Lombardi 2, iBDW beat S2J, Trif, Lucky, Professor Pro, Albert, Kalamazhu, and Squid to place 2nd. Meanwhile, he was upset by ARMY and dropped another two sets to Fiction.

iBDW finished the season with another standout performance at Smash Summit 9, somewhat mirroring his breakout at Smash Summit 8. In pools, iBDW beat bobby big ballz, Spark, and Wizzrobe, while losing to Zain and n0ne. Then, in the main bracket, he overcame Pricent, Leffen, and Hax before getting eliminated by Zain.

iBDW suffered from a poor combined set record against the rest of the SSBM 2020 Q1 Rank top 10. Of course, this is largely owed to his 0-4 record against Fiction. Regardless, he boasted incredible wins throughout early 2020. Amazingly, iBDW did so without accruing any losses outside of the top 15. 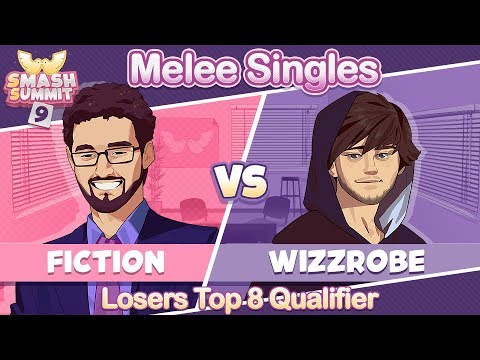 After finishing 2019 ranked No. 12 globally, Shephard “Fiction” Lima added “Top 10 skill in Melee” to his Twitter bio. Throughout the first quarter of 2020, Fiction set out to prove the truth of this claim. He kicked off the season with a remarkable 5th place finish at Genesis 7. During his run, Fiction defeated Free Palestine, ChuDat, Westballz, Captain Faceroll and n0ne. Meanwhile, he only dropped sets to Hungrybox and Leffen, the 2019 MPGR’s top two players in the world.

Shortly thereafter, Fiction earned victory at Saving Mr. Lombardi 2. He beat Spark, Bimbo, Blassy, and null in pools, while losing a set to Lucky. Then in the main bracket, Fiction won sets over ARMY and Ginger, and he double-eliminated iBDW.

Fiction was extremely active at locals throughout this season, a dangerous game for a top player in a stacked region. However, his local results came with next to no blemishes. Of the 12 local tournaments he attended, Fiction won 11 of them. His only questionable local losses were to Nut, Westballz (both of whom he held dominant winning records against), and Ginger (against whom he was 1-1).

Across all of the tournaments he entered, Fiction racked up a plethora of fantastic wins with very few concerning losses. These consistent, high-level performances earned him a sponsorship from Poilon Software, plus his first-ever appearance in the top 10. In addition, Fiction established himself as the definitive second-best player in SoCal, only behind Mang0. 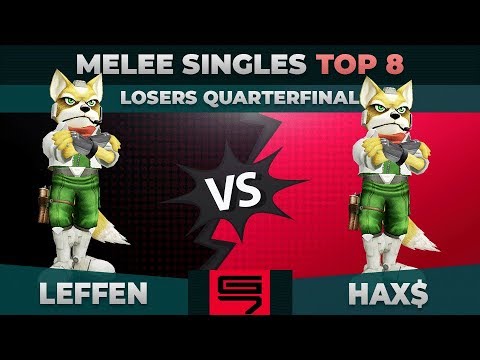 Aziz “Hax” Al-Yami has climbed into the top 10 for the first time since 2014. However, his start to the season was shaky. Hax placed 4th at Scorpius 2020, beating Captain Smuckers and Slox, but dropping sets to TheSWOOPER and 2saint. He did manage to win GIGA HoG: Era 2, double-eliminating Ryobeat. And while he won a Hax’s Nightclub local, defeating TheSWOOPER and Captain Smuckers, he lost to Kitcatski along the way.

Despite lackluster showings in-region, Hax really shined on the major stage. He placed 4th at Genesis 7, arguably his best performance at a supermajor since Pound 2016. In the process, Hax beat Aura, n0ne, SFAT, Westballz, PewPewU, and Shroomed. In addition, he traded sets with Leffen before Hungrybox eliminated him.

Hax’s hot streak continued with his solid 7th place finish at Smash Summit 9. In pools, Hax beat Pricent and Plup, while losing to Fiction, Mang0, and Hungrybox. Then in the main bracket, he eliminated Spark and n0ne before falling to iBDW. Hax closed out his SSBM 2020 Q1 Rank season quietly at Gucci Gang: Leap Year Edition. Though the tournament did not finish, Hax still beat SluG and bobby big ballz without dropping a set.

Hax’s start to the season brought bad losses that have kept him out of the top 5. Even so, his impressive major performances suggest that the peak of his career may still be ahead of him.

Make sure to check back tomorrow, as the rankings conclude with the SSBM 2020 Q1 Rank: 5-1.