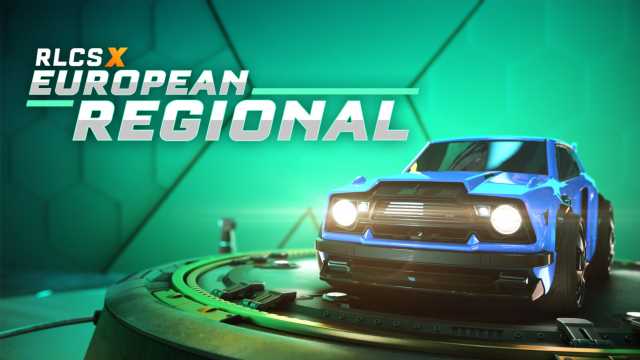 Team Queso has taken the crown for the Rocket League Championship Series Season X (RLCSX) EU Spring Regional 2 in a close final against fellow underdogs Solary. This marks the beginning of a scramble for the top six in Europe.

Ahead of the second regional, several teams were in a good position to edge toward qualifying for the RLCSX World Championships later this year. There are still many points to be earned in the weeks ahead. Now that Spring Regional 2 has concluded, everything will come down to the final Spring Regional and the Spring Major.

Two teams in Europe have already qualified for the world championships: Team BDS and Team Vitality. The remaining four spots are still up for grabs. With many upsets in Spring Regional 2, the final two events of the Spring Split might just be a bloodbath. Veterans are being pushed out of the top six while newcomers are inching towards Worlds.

With several large teams eliminated earlier in the tournament, Team Queso and Solary were looking at their best shot at leapfrogging into the top six. Direct competitors Dignitas, Guild, Vodafone Giants, Endpoint and Galaxy Racer all underperformed. Each of these teams fell short of reaching the top eight of the tournament.

Then, in the first round of the final eight, the unexpected happened: Team BDS—already qualified for the world championships as the number one seed—got knocked out by a strong showing of Top Blokes (1-4). With the most dominant team in the RLCSX eliminated, the title was up for grabs. Top Blokes—who sit in third place—remained the favorite. But, in a regional full of upsets the underdogs smelled blood in the water.

Solary’s journey to the grand final was unremarkable. Ahead of the RLCSX season, Solary was expected to perform well. However, they have mostly disappointed, effectively turning themselves into an underdog. At this regional, they showed a glimpse of their potential by having no issues against the less-experienced Atlantide Wave and White Demons.

Team Queso, however, had to fight their way through Top Blokes. And, despite defeating the remaining favorites 4-1, it was a closely fought semi-final with almost every game ending with a single-goal difference. The final goal tally was 14-10 in favor of Team Queso, which saw them move on to their second RLCSX grand final.

The grand final, as is often the case, went all the way between two in-form teams. The first two games convincingly went to Team Queso (4-2 and 4-0). Then, Solary pulled back three games in a row with the help of two overtime wins, putting themselves on match point. But, once more, the tide shifted as Team Queso increased their efforts, forcing game seven via a strong 5-0 win. They finally put down their controllers and yelled ecstatically at the player cams before the final game was even over. The newcomers of Team Queso won the deciding game 5-1 and took home their first ever RLCSX Regional crown.

Despite losing the grand final, Solary did good business in the RLCSX standings. Both finalists achieved the scenario they needed and leaped into the top six. Solar, however, still has some extra work cut out for them. They now share the sixth spot with Dignities. Also, they will have to continue to perform in the remaining regional and major in order to solidify their spot for the world championships.

But that does not count for just Solary. Eight teams have a realistic chance at qualifying but only four spots remain. The RLCSX Spring Regional 3 and Spring Major will show who can remain composed as the pressure rises.