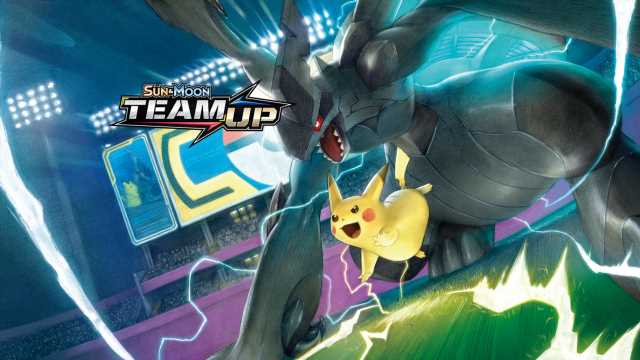 The Regional Finals of the Pokémon Players Cup III have come and gone, and the TCG competitors brought a variety of different decks to the competition. Here are the four most popular Pokémon TCG decks from last weekend’s tournament, and what makes them so good.

Pikachu & Zekrom-GX decks are a staple in the current metagame and have been ever since the card came out. While some popular cards like Electropower have rotated out of the Standard format, the deck found ways to evolve. Boltund V and Mew and Mewtwo-GX have great synergy in the deck. Boltund V helps get Electric Energy cards into play and Mew and Mewtwo-GX provide an additional method of attacking. This deck has no real counters and is always a top pick.

Eternatus VMAX is a fairly straightforward card. It allows the user to put up to eight Dark-type Pokémon on the bench, and its Dread End attack does 30 more damage for each Dark-type in play. These decks will run four copies of Eternatus V and VMAX as the main attackers with utility Pokémon like Galarian Zigzagoon and Crobat V. Since Dread End only costs two Energy cards to use, this deck can be quite aggressive. This Pokémon TCG deck does extremely well if it gets good draws, but can struggle without them.

Top players for each region have fought their way to the final rounds of Players Cup III, proving their battling talent!

Here’s a snapshot of the most common decks used in the Region Finals before we head toward our Global Finals broadcasts!#PokemonTCG pic.twitter.com/L9naWwAYA4

This is another deck that has been popular in the Standard meta for a while. Zacian V pairs well with Arceus & Dialga & Palkia (ADP) and both cards serve as valuable attackers. Zacian V also works as a utility card to help draw cards and get Steel Energy. ADP’s Altered Creation GX makes it so every attack does 30 more damage for its team and if it has extra Water Energy on it, each KO grants an extra prize card. This deck matches up well against most decks since Fairy is ADP’s only weakness.

This is another Pokémon TCG Steel-type deck that functions similarly to ADP decks. The main difference is that Lucario & Melmetal is more defensive and the deck is slightly slower. This deck aims to get Full Metal Wall GX off as quickly as possible to prevent 30 damage per attack to Steel-type Pokémon. From here, players can choose to attack with Zacian or Lucario & Melmetal. This deck has poor matchups with strong Fire-type decks, however, if the player cannot draw a Coating Steel Energy to prevent the weakness.