In addition to the stream, Valorant released a clip announcing the official launch date on Twitter, along with a clip of Phoenix and Jett facing off in a map that we haven’t seen before. Ziegler touched on this clip during the Summer Game Fest stream and confirmed that Phoenix and Jett are dueling in the new map. The cinematic shows what the map will look like with long hallways and buildings similar to those of the map Bind, and this map will arrive when the game officially releases in June. 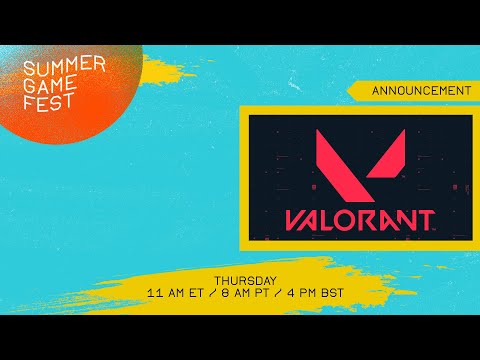 Ziegler acknowledged that the original plan with Valorant was to have 12 agents for release, but the game will launch with 11 instead, meaning one new Agent is coming. He said, “The eleventh Agent that people are going to see on day one is definitely an interesting one… and a little spicy potentially.” Apparently the other Agent that they had originally planned to add “just didn’t make the cut.” More Agents are still likely to come in the future though.

SuperCakes also touched on the additional content coming upon release. A battle pass is coming that will feature new weapon skins, charms, and player cards. Ziegler added that the weapons skins they plan to produce will be similar to the current ones and said, “If you’ve enjoyed the gun skins so far, you’re gonna be pretty happy with what we have coming.”

If cosmetic content isn’t up your alley, there’s one more big surprise coming to the official release. SuperCakes revealed that they are planning on releasing a second mode to Valorant at launch. Neither developer wanted to reveal too much about the new game mode, but it is intended to be a “shorter mode that you could play in-between” the more high-stress, longer, competitive modes.