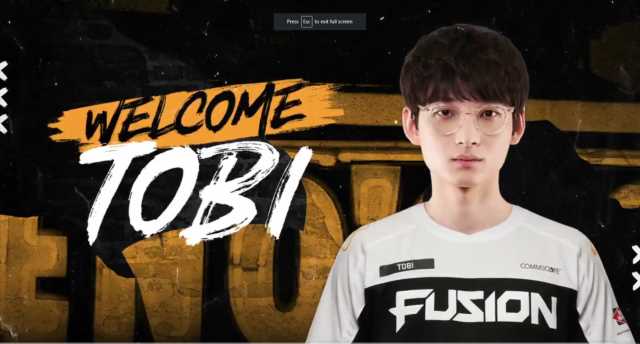 Former Seoul Dynasty player and veteran main support Jin-mo “tobi” Yang has signed with the Philadelphia Fusion. After being released at the end of 2020, nobody knew where Tobi was going to end up. But, with the Fusion having visa issues, they need players who can play alongside the core who’ve made it to Korea. Earlier this week, Hong-joon “HOTBA” Choi was announced, and it seems that Tobi won’t be the last new signing to the Fusion.

Uncertain times call for a veteran leader who has been through it all.

Tobi’s path to the Philadelphia Fusion

While his career in Overwatch is extensive, Tobi has been a loyal player in his career. After playing for dominant contenders team Lunatic-Hai, he joined the Seoul Dynasty in the inaugural Overwatch League season. He stayed with the Seoul Dynasty through many team rebuilds and helped the team reach their first-ever grand finals last season. However, his role diminished over the years and when the season was over, he became a free agent. After the long off-season, his name was rarely brought up in signing rumors, as fans couldn’t think of Tobi playing anymore if it wasn’t for Seoul.

But, an unexpected road bump for the Philadelphia Fusion on their move to Korea has opened an opportunity. Among visa issues with their non-Korean players on the roster, certain players won’t be available when the season starts. Instead of releasing those players like the Los Angeles Valiant, the Fusion put out a statement. This statement said that they’re keeping their contracts but will sign new players to fill the void. Unintentionally, this is adding even more depth to a scary team with the sole risk of losing synergy.

Case in point, Tobi. He is a great main support, but besides the grand finals finish, his best plays were long ago. The Fusion may be hoping that he can fill Daniel “FunnyAstro” Hathaway’s shoes, at least until his visa comes through. There isn’t much risk in signing Tobi, but we’ll see if the Fusion remains a threat in the East division.