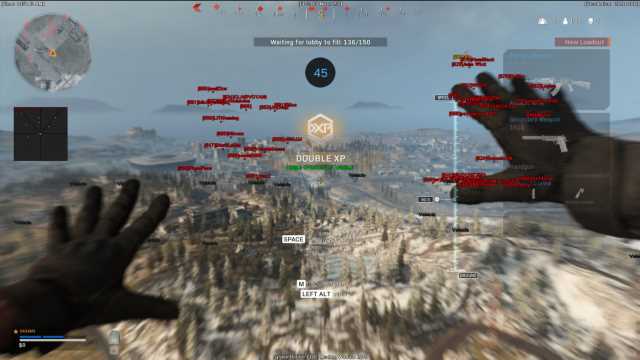 The cheating issue in Call of Duty: Warzone has been rampant since the battle royale’s release in March. Activision and its developers have done very little to combat the problem, causing more and more cheats to pop up. If you have cross-play turned on or strictly play on PC, you’ve undoubtedly run into more cheaters than you bother to count. For the actual cheat users, the worst thing that can happen to them is a ban from the game. However, that doesn’t seem to worry some of these rule-breakers, as they can simply make another account.

Warzone is not the only battle royale to face a massive cheating problem. In fact, every BR has run into the brick wall at least one time during its life cycle. Fortnite and Apex Legends are the two prominent games that come to mind initially. As most know, both of those games had to deal with cheaters, but the developers seemingly got the situation under control.

Unfortunately for Warzone players, the same can’t be said. The issue is no better off than it was back in March, and this has led to cheaters growing more and more confident. So much so, that one streamer decided to go live while using a cheat.

The streamer, along with a friend and teammate, is using a wall-hack cheat that allows him to see enemies through walls and other objects. While most cheaters like to stay hidden in the shadows, this streamer is doing the exact opposite. His reasoning behind this public cheating is that receiving a ban doesn’t really bother him.

One of the cheaters proclaims that “as soon as I get shadow-banned, I’ll be on another account.” The streamer himself previously said that “none of us are worried about getting banned right now.” Clearly, the players have no regard for Activision’s ban system, as it seems they can simply make another account to cheat with.

If this doesn’t exemplify the current dilemma in Warzone, nothing does. Cheating is a gigantic problem in the battle royale, and it’s clear Activision isn’t doing enough to stop it.