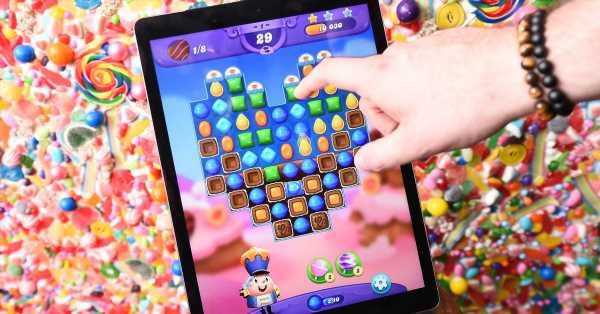 Candy Crush All Stars U.S. is an upcoming, brand-new tournament that pits the best Candy Crush players against one another in a series of high-stakes Candy Crush Saga matches. If you’re familiar with Candy Crush Saga, this might be a little odd to you. After all, it’s a chill match-3 game largely played by moms and commuters. But some people are really into the game, and they’ll get to compete to be the ultimate victor at Candy Crush.

The tournament is hosted by reality TV personality Khloé Kardashian, who will be commenting on the matches. Personally, I’m hoping we eventually get the traditional sports-style broadcast desks, real-time replay, and other esports luxuries that show off every facet of the high-level gameplay. I’m also hoping we see some cool player profiles that highlight these hardcore gamers — I want to see some competitive moms talking trash on screen, please.

The tournament begins on Sept. 23, and will be open to all players in the United States who have passed level 25 in Candy Crush Saga on either iOS or Android. The ultimate winner gets a year’s supply of Gold Bars, which I imagine is quite nice for buying power-ups and other in-game goodies locked behind microtransactions.

Candy Crush Saga developer King is one of the studios under the Activision Blizzard umbrella. The publisher faces wide-ranging allegations that it maintains a toxic workplace environment that’s particularly hostile to women. In a lawsuit filed in July, California’s Department of Fair Employment and Housing (DFEH) said that women at Activision Blizzard are paid less and subject to sexual harassment, without meaningful punishment applied to perpetrators. In the period since the lawsuit was filed, the DFEH has expanded its complaint to include allegations that Activision Blizzard “suppressed” evidence in its investigation. The company denies that claim.

Workers at the company continue to speak out on social media and elsewhere to encourage substantial change. You can read more about the allegations against Activision Blizzard in Polygon’s explainer.