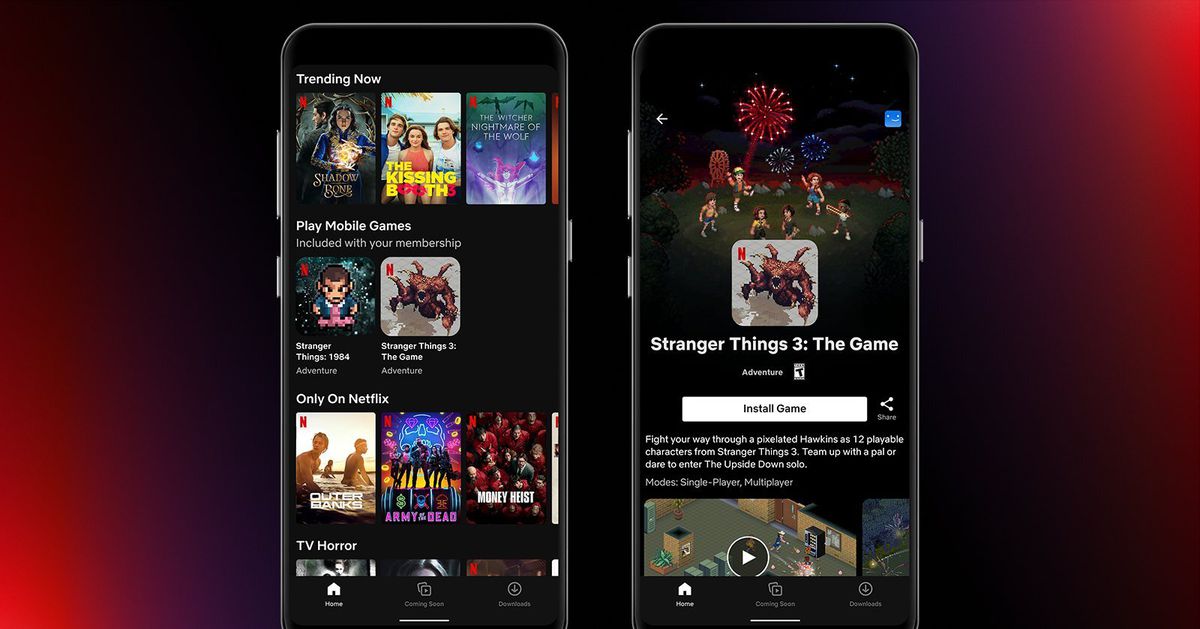 Playing video games from your Netflix account is one small step closer to reality. Netflix announced Thursday that it’s rolling out the first attempt in the company’s long-in-the-works effort to break into gaming with a limited test for playing games on Android devices.

Netflix’s games test is currently very limited. There are only two games available, Stranger Things: 1984 and Stranger Things 3, and Netflix users can only play them on Android devices in one country: Poland. Netflix stressed in its social media posts that this is just the first step in a long road ahead, but its goal is to offer games as part of customers’ regular Netflix subscriptions, and for those games to be free of ads and in-app purchases, as the company announced ahead of an earnings report in July.

There’s currently no word on whether Netflix plans to expand its test, or what other games might be on offer — right now it’s just a neat thing for Netflix’s Polish subscribers. But in a world with too many streaming services, the idea of having one where you can watch your favorite shows and maybe play a few games doesn’t seem like a bad one.

Correction: A previous version of this story made an error about the distribution of Netflix’s games — they’re played via downloads, not streamed. The story has been updated to more accurately reflect the nature of Netflix’s gaming test.