In Pokémon Go, beyond your Pokémon’s CP (Combat Power), all your caught partners have semi-hidden base stats called individual values, or IVs.

IVs determine how strong a Pokémon can potentially get. For example, a perfect IV Chanseywill have a much higher CP and Stamina at its maxed out level, as opposed to a Chansey with only so-so IVs. There are just three stats to worry about: Attack, Defense, and Stamina, each of which maxes out at 15. Unfortunately the game doesn’t tell you directly what base stats each Pokémon has, but there are ways around that.

To maximize the strength of your beloved Pokémon (and perhaps not waste candy evolving a suboptimal critter), you should figure out its IVs.

How do you check Pokémon IVs?

Within Pokémon Go, you can check IVs by opening the menu on a Pokémon’s screen and clicking Appraise. Your chosen team leader will have a variety of set things they’ll say which correspond to the IV percentage and stats of your Pokémon.

A 100% IV would mean that Attack, Defense and Stamina are all at 15. Everything below that works out to being a percentage of the maximum possible stat of 45. For example: A Gengar with 10 Attack, 10 Defense and 12 Stamina would have an IV of 71%. In other words, 71 percent of 45.

Here’s what each phrase means, organized by leader:

After that, the leader will tell you which stats are the Pokémon’s highest, between Attack, Defense, and Stamina. If the stats are tied for the highest, they’ll all be listed. The leader will go on to say another phrase that describes how high the best stat’s IV is, with 15 being the highest.

How can I get more exact numbers?

Checking IVs in-game only gives a vague idea of where your Pokémon lands, but by using external apps and websites, you can get a pretty specific range.

The Silph Road has an IV checker that asks you to input your trainer level and the visible stats of the Pokémon. After that, they’ll let you know how strong your buddy is. 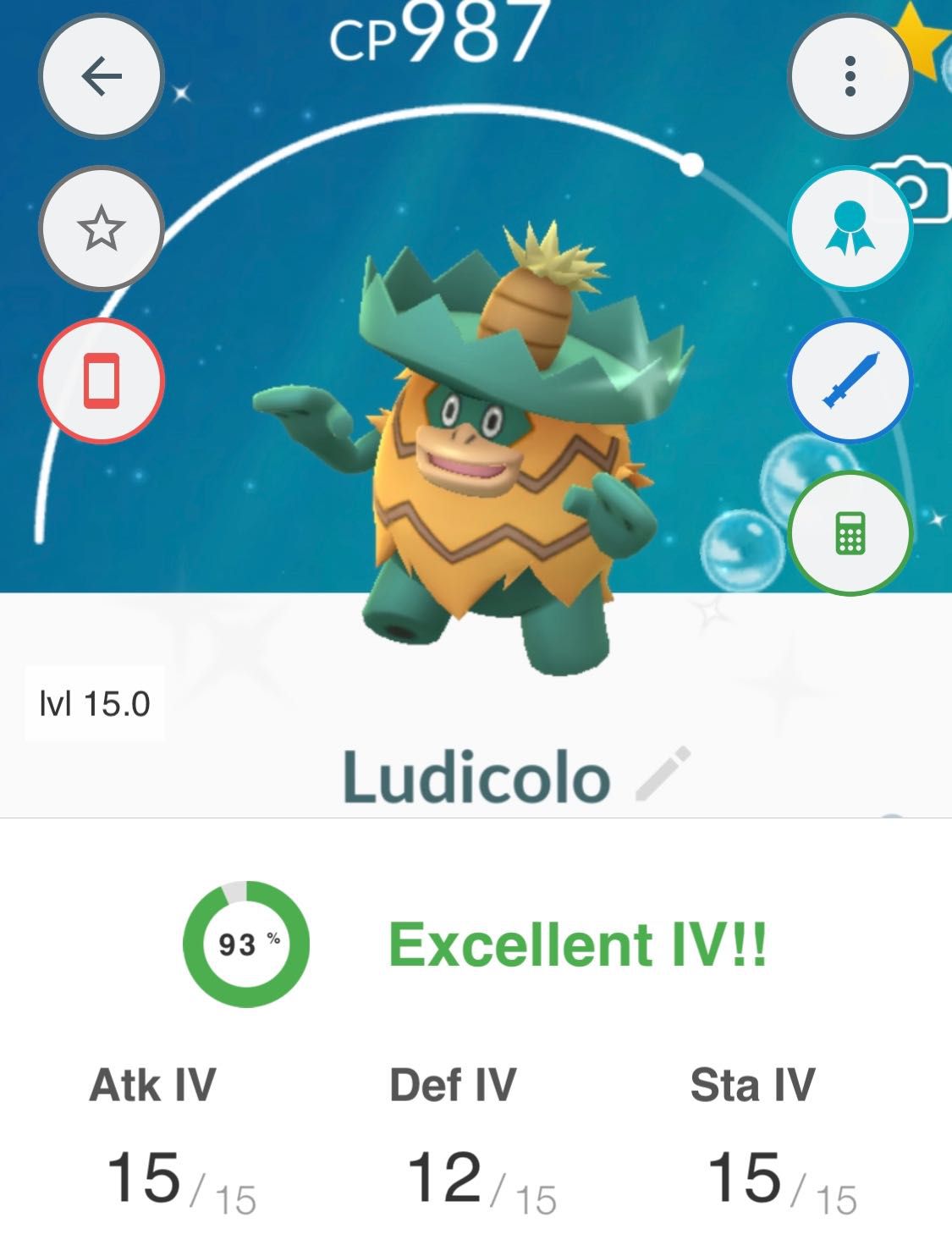 Poke Genie showing the IVs for a Ludicolo
Poke Genie Inc. via Polygon

To check IVs on the go, you can use Poke Genie, an app for iOS and Android. The iOS version requires you just to take a screenshot of your Pokémon and upload it. The Android version will let you check IVs from within the app with the tap of a button.

Poke Genie works great, but there are times when there can be multiple combinations of IVs, requiring you to have your leader appraise your Pokémon and inputting what the leader says to get a more accurate reading.

Of course, this only matters so much. If your goal is to simply catch ‘em all and treasure all of your precious new friends in Pokémon Go, the IVs don’t need to be perfect. But if you’re a player who likes to try to solo or duo high-tier raids, then every stat point counts. It’s always wise to check those IVs before you make a big candy investment or transfer your precious ‘mons to candy.