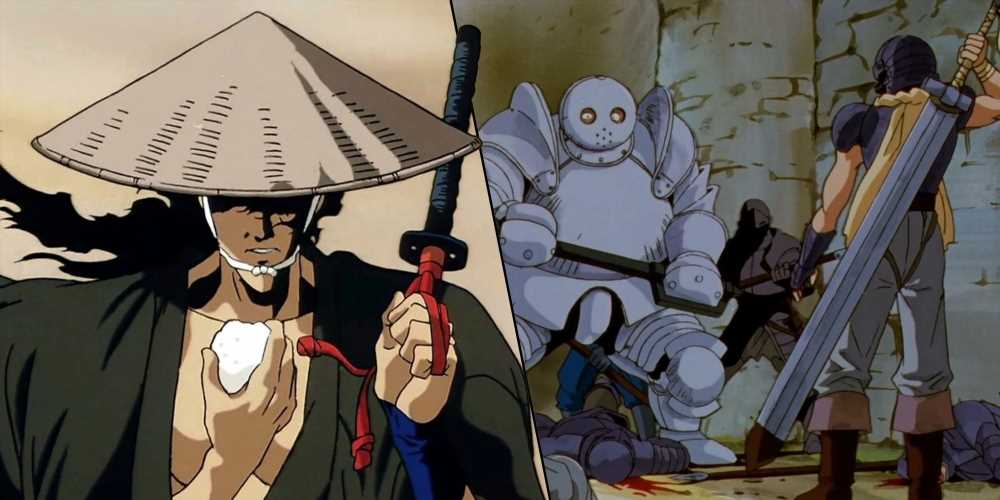 With Elden Ring taking the world by storm, people are clearly hungry for more. So what is there to do after one has completed Elden Ring? Well, you can beat it again, of course, but another thing you may want to consider is sitting down and enjoying a solid anime that is able to deliver elements that may be familiar to fans of the FromSoftware's magnum opus.

While we question if there are any anime that are true dead ringers for Elden Ring, there are definitely anime that contain an element or two that will resonate with fans of the game. Whether it be the world that feels similar or the grim tone, these series are sure to offer FromSoftware fans something to chew on. 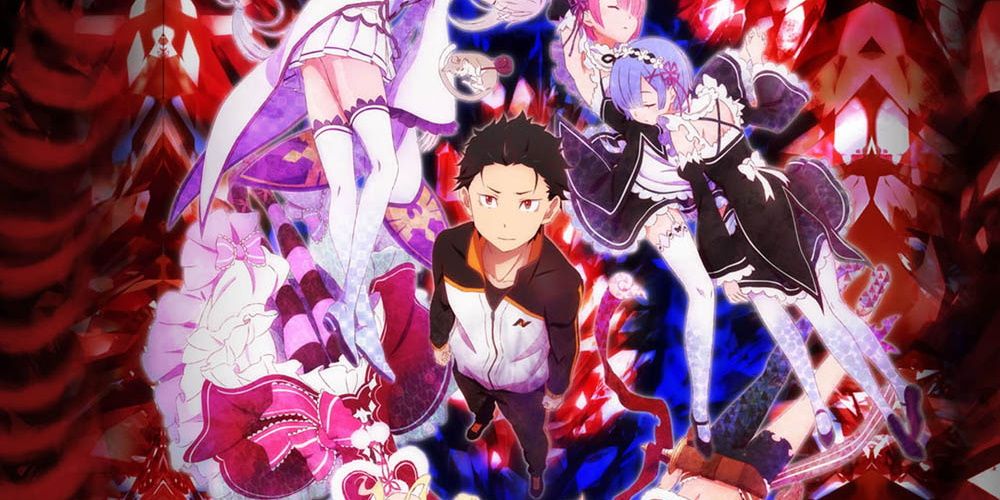 Tonally, RE: Zero feels nothing like Elden Ring. It is a largely light-hearted (though still violent and gory) isekai. However, it does have one quirk that will feel pretty at home for all Elden Ring fans: it features a hero who dies repeatedly, only to be sent back in time to a previous checkpoint. This ability gives Subaru Natsuki (the protagonist) another chance to push forward, against incredible odds, and reign victorious. That has to sound familiar to every Elden Ring alumnus.

This is definitely a left-field suggestion, primarily because of the tonal differences, but the aspect of continuously reviving to attempt to eke out victory feels strongly associated with a FromSoftware experience. The fact that the protagonist has a number of options for avoiding these encounters, existing in a more open world, tilts it further in the direction of Elden Ring. If you are looking for something a little more light-hearted, Re: Zero isn't a bad choice. 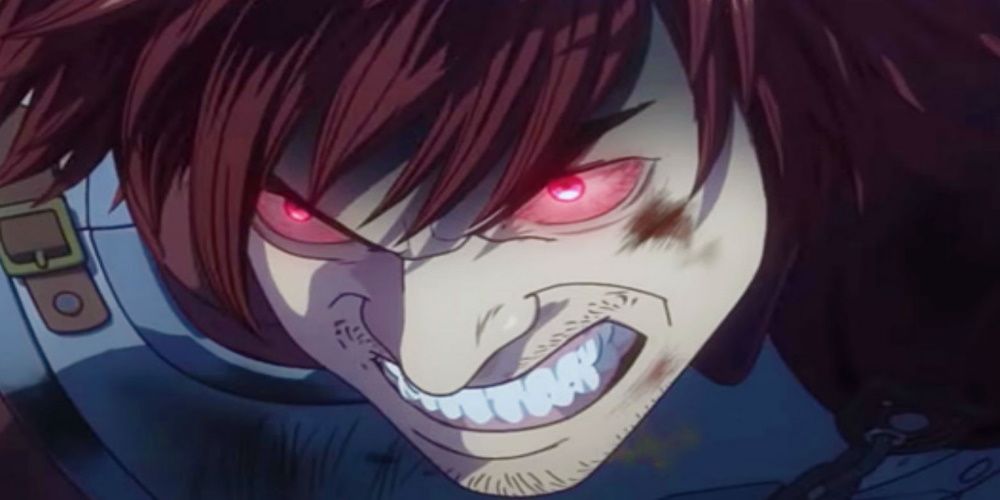 For those in search of an Elden Ring-esque fantasy world, that features danger around every corner and a series of colossal enemies, Dragon's Dogma absolutely nails those elements. It makes sense, The Dragon's Dogma game has more than a few similarities to Elden Ring, as well. However, the anime seems to skew darker than the game, bringing it more in line with how dismal the world of Elden Ring can be,

The biggest issue here, then, is that the series isn't exactly stellar. Its animation is awkward and rigid, and the writing is really only passable. Still, some of the fights can be entertaining enough and the setting feels pretty close to Elden Ring's. So, it will absolutely work if you are looking for something that can deliver similar vibes, but you should consider this a soft recommendation. 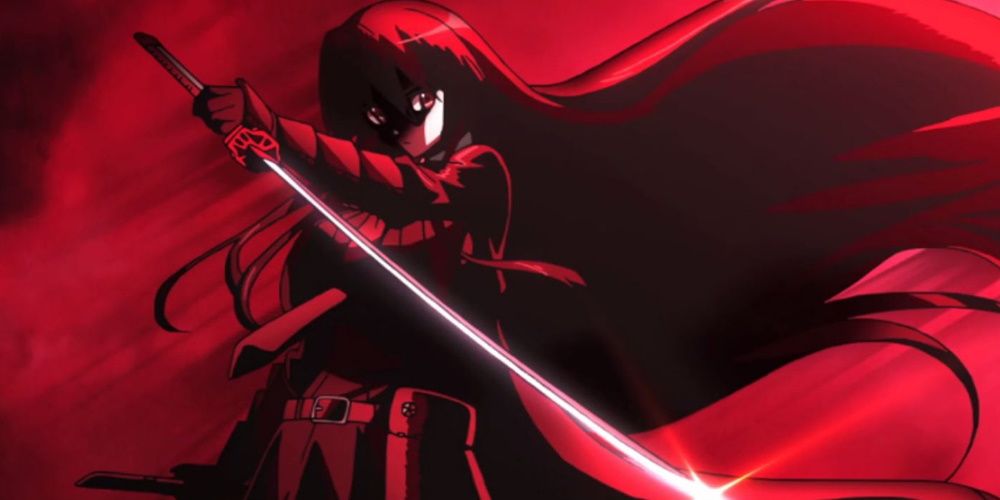 Akame Ga Kill is a deeply cynical anime set in a medieval fantasy world. This one isn't as sparsely populated as Elden Ring, but it is, nonetheless, equally hostile. Humanity has not fallen into decay, but that doesn't make Akame Ga Kill's world any more hospitable. In fact, Akame Ga Kill goes out of its way to assure you that humans can be every bit as awful as the most intimidating Elden Ring horror.

Akame Ga Kill is a dark and unwelcoming medieval world rife with horrible monsters. For fans of Elden Ring looking to take in a dark fantasy anime that is tinged with cynicism, Akame Ga Kill is not a bad fit. 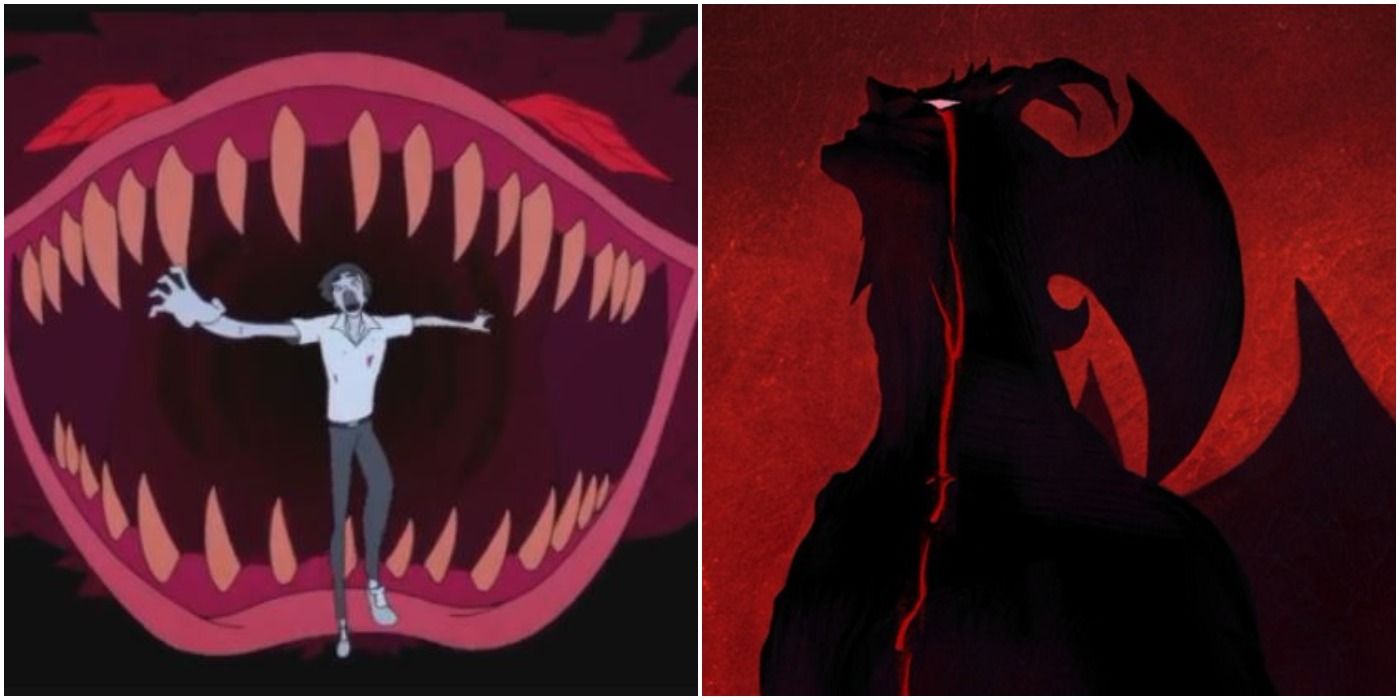 While Elden Ring is a game filled with humanoid enemies, it is also filled with some horrifying abominations. That is where Devilman Crybaby comes in. This is an anime that isn't afraid to get a little weird when it comes to its demons. The creatures found in Devilman Crybaby are far from the standard fare, taking on odd, unsettling forms.

If you are a person who appreciates how otherworldly some of the monsters in Elden Ring can get, then this is an anime that will appeal to your sensibilities. It is also a genuinely interesting, if eccentric, watch. 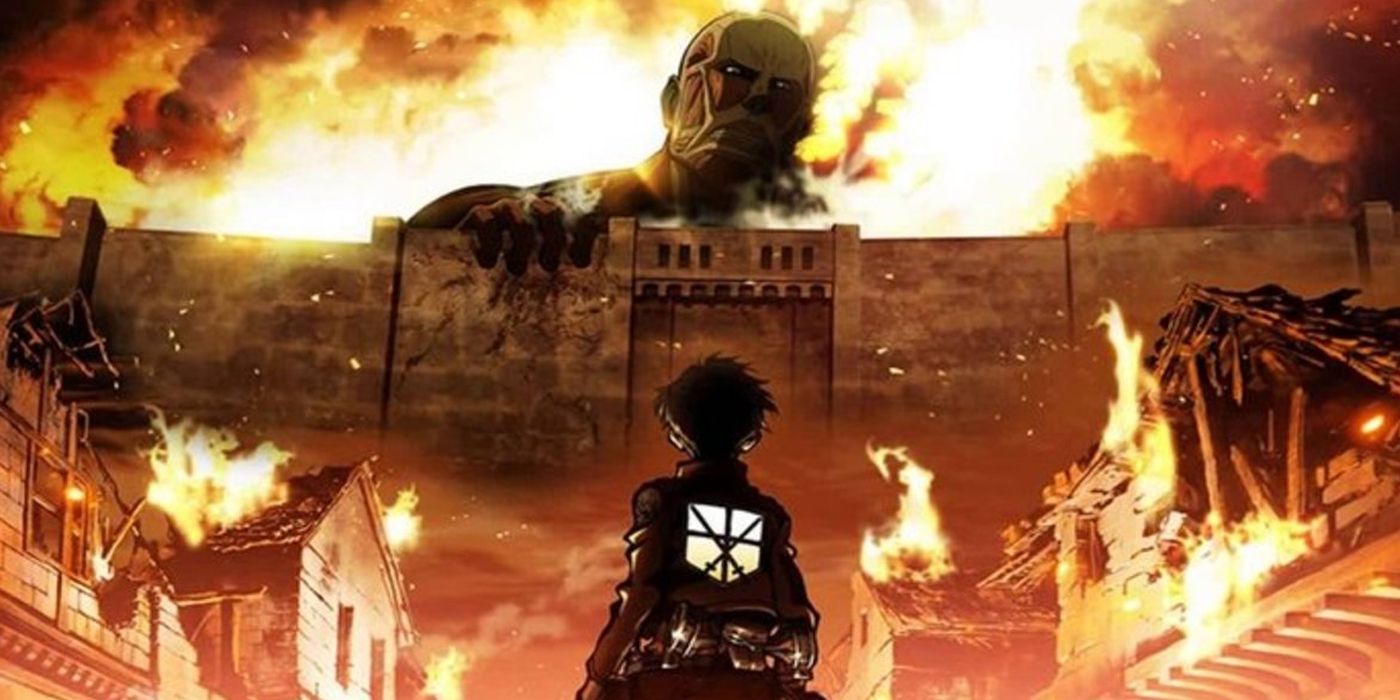 However, there are a lot of points of contact. For one, Attack On Titan is absolutely vicious. The way it deals with death is extremely visceral and lends the world a feeling of unrelenting brutality. Now that is very Elden Ring. Outside of a character or two, everyone feels extremely vulnerable in Attack On Titan. That vulnerability lends itself to that same feeling of dread you experience during every encounter in FromSoftware's most recent masterpiece. 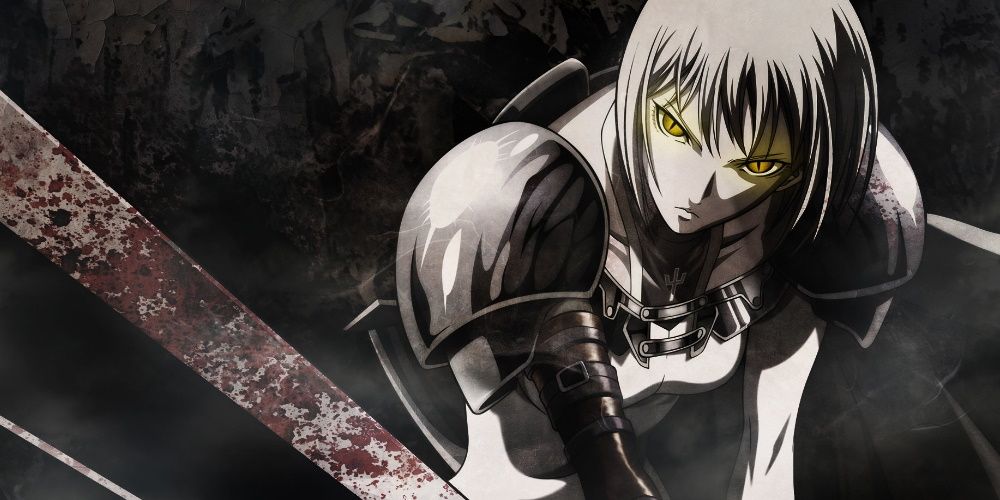 Claymore is part Witcher and part Elden Ring. It features an outcast monster hunter who travels the world felling Yoma (which are monsters). The protagonist of the series, Clair, is also emotionally detached. Which, when you think about it, is an interesting way of interpreting Elden Ring's silent protagonist.

Claymore is unquestionably bleak, which pairs nicely with its violent and cynical content. This, of course, makes it an excellent fit for the majority of fans looking to engage with an anime that has some of that Elden Ring flare. 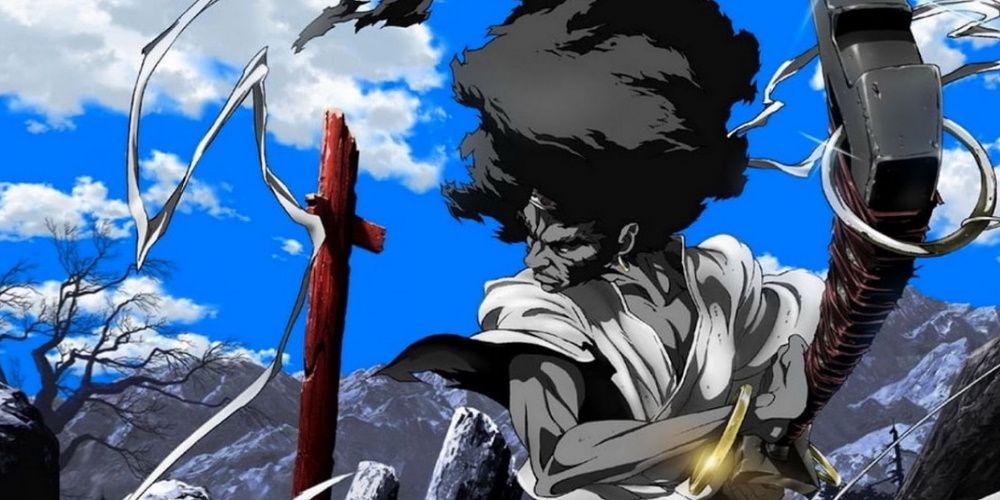 Afro Samurai features a, primarily, lone warrior, only accompanied by a sketchy, seemingly unstable, ally, who only appears in between battles. The primary thrust is that Afro roams the world, engaging in encounters with a variety of foes wherever he goes. In this regard, the whole world feels hostile. Sounds familiar, right?

While the setting isn't a real match for Elden Ring, it feels like it matches the pacing of the series pretty well. Elden Ring, with its endless supply of minor bosses, wedged between encounters with groups of enemies, can feel almost like a quasi-boss rush experience wedged into an open world. Afro Samurai has a very similar vibe. 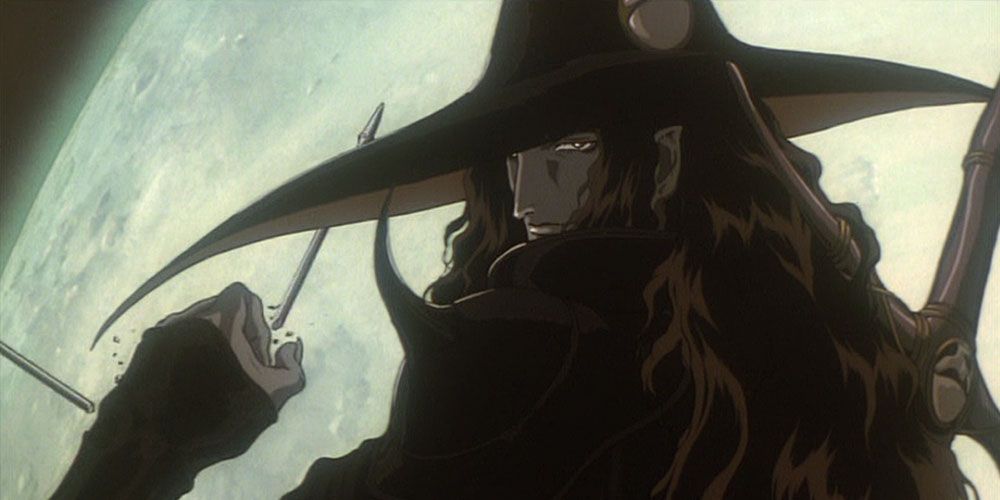 It is another anime set in a world that is seemingly ravaged by monsters. One where it has become extremely dangerous to travel. The protagonist is a lonely figure, and an outsider, battling against the monstrous hordes. It isn't as grim as Elden Ring, but it isn't exactly a sunny series, either. It is interesting to note that Elden Ring seemingly has a direct reference to this series in its D Hunter Of The Dead NPC. So clearly the series wasn't unknown to Elden Ring's creators. 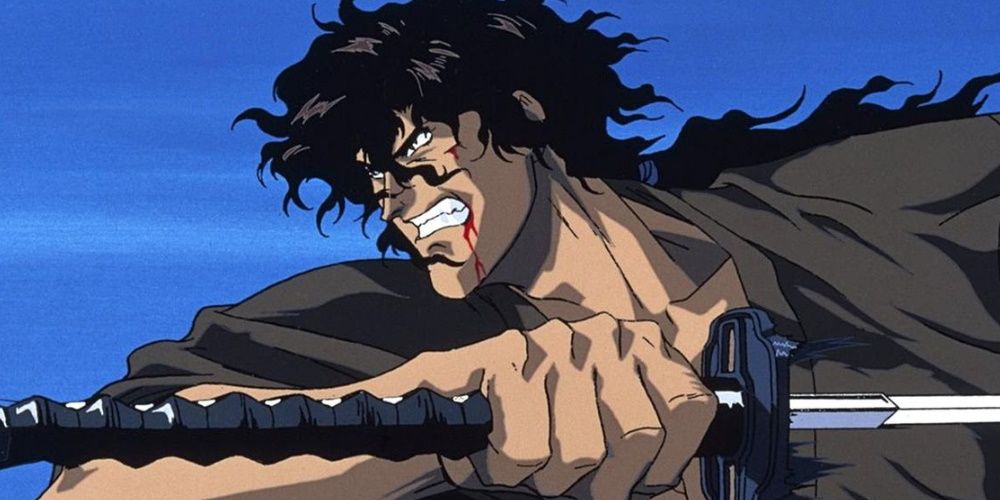 While one may think that this would be a better anime to watch if you are looking for a Sekiro parallel, Ninja Scroll is also a good fit for something like Elden Ring. The world of Ninja Scroll is similarly fraught with seemingly endless threats. Jubei's trek along the countryside regularly sees him come into conflict with demonic warriors.

The few people who aren't outwardly hostile are cagey and have their own motivations. And everywhere he goes there appears to be nothing but death. No friendly villages or lively towns. Just danger around every corner. For Jubei, it is one bloody battle after another, each more dangerous than the last. That certainly feels like something that could also be said of the Tarnished's journey in Elden Ring. 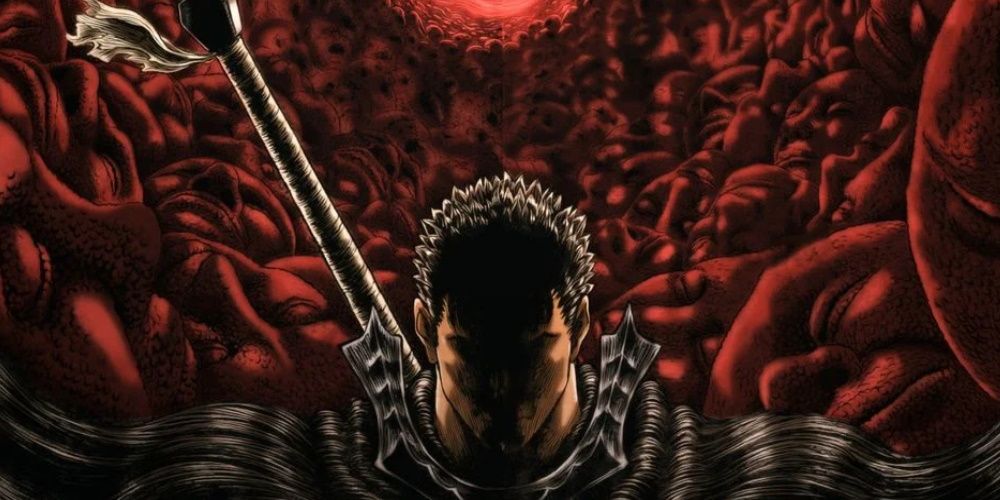 It isn't a secret that Berserk is a huge influence on Miyazaki and the Souls series. That same bleak, dark fantasy world is, of course, present in Elden Ring as well. Berserk is a world that has fallen to demons. The people who remain alive are regularly killed and consumed. Guts wanders the land hunting demons down.

All the things that you would expect from a series that has been so influential for FromSoftware are here. The world of Berserk is unrelentingly cruel, endlessly dangerous, and inevitably tragic. If you do track this one down, watch the 1997 series and go from there. Though we warn you, this series is uncannily bleak. It may leave you feeling tarnished.