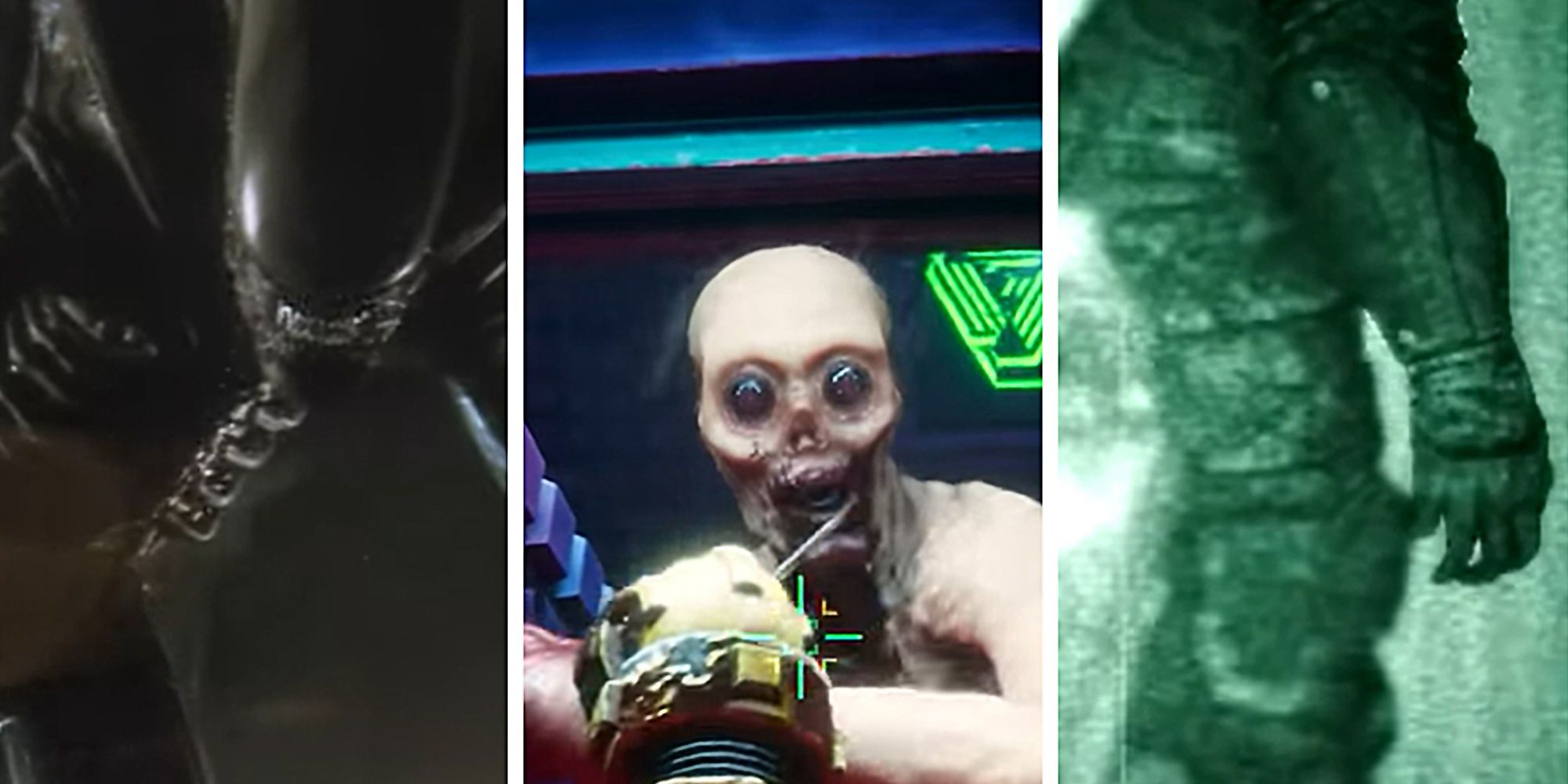 Legendary horror movie director John Carpenter excited the masses by publicly speaking about how he would like to make a Dead Space movie. Carpenter is a known fan of video games, and when asked by media about what games he would consider making into a movie, he has suggested EA’s classic horror series multiple times. For most people, this seems like a natural fit of a movie director and intellectual property.

The 74-year-old director is responsible for basically starting the slasher movies of the 1980s with Halloween. He has a treasure chest of cult classic movies like The Thing, They Live, and the Escape movies. Carpenter also made the prototype for Alien as a student film, five years before Ridley Scott released his classic. With the Dead Space talk, we’re wondering what other video game series would cater perfectly to Carpenter’s talents. 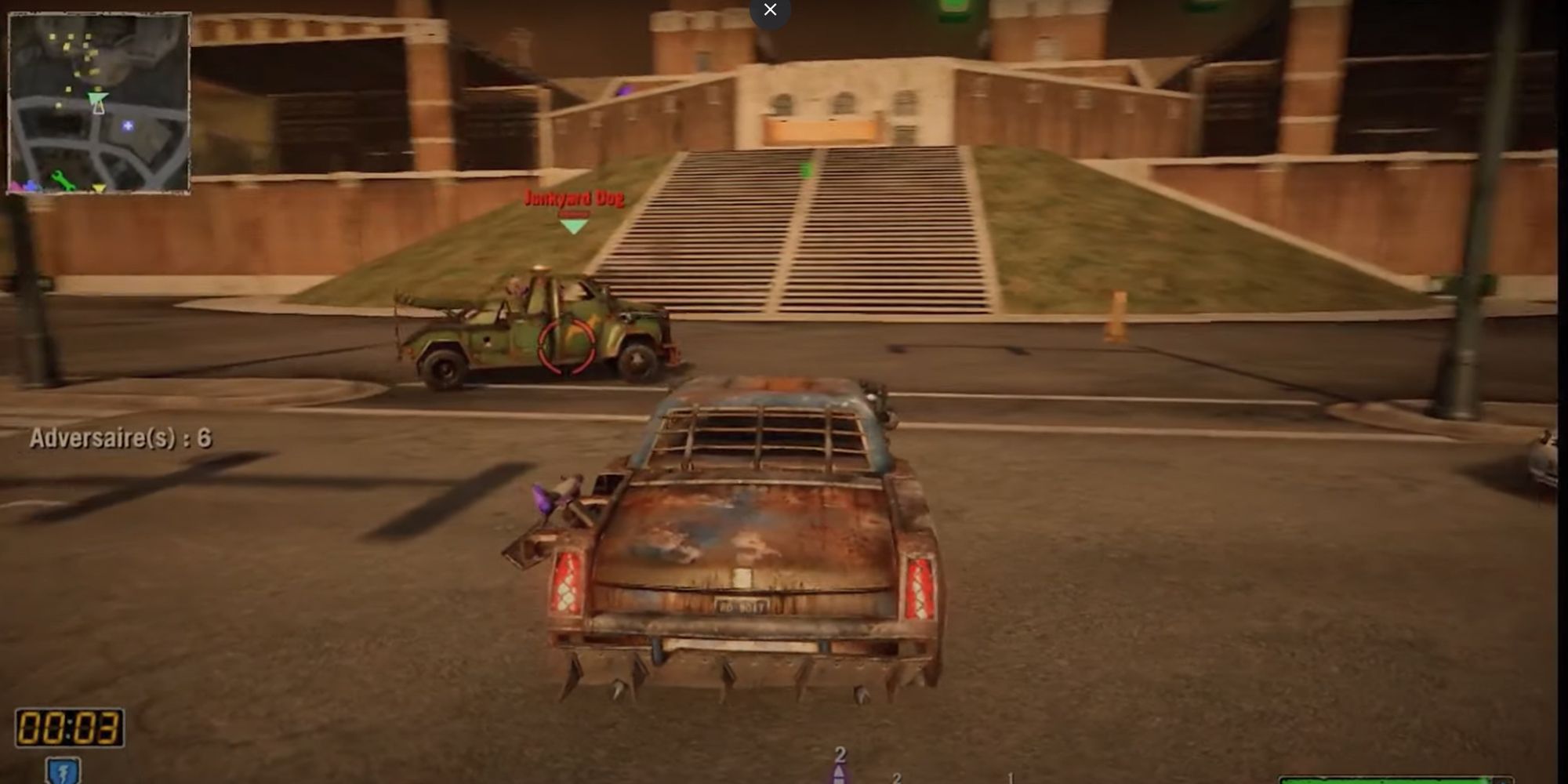 John Carpenter released the supernatural horror film “Christine” in 1983 about an evil Plymouth Fury that corrupts a teen and likes to kill people. We know that Twisted Metal has an upcoming TV series on Peacock, but that means the movie version is still up for grabs.

Twisted Metal is perhaps the most well-known vehicular combat video game out there. Combine that rich collection of car characters with the guy who brought the original vehicular monster film to the big screen, and you have yourself something special. 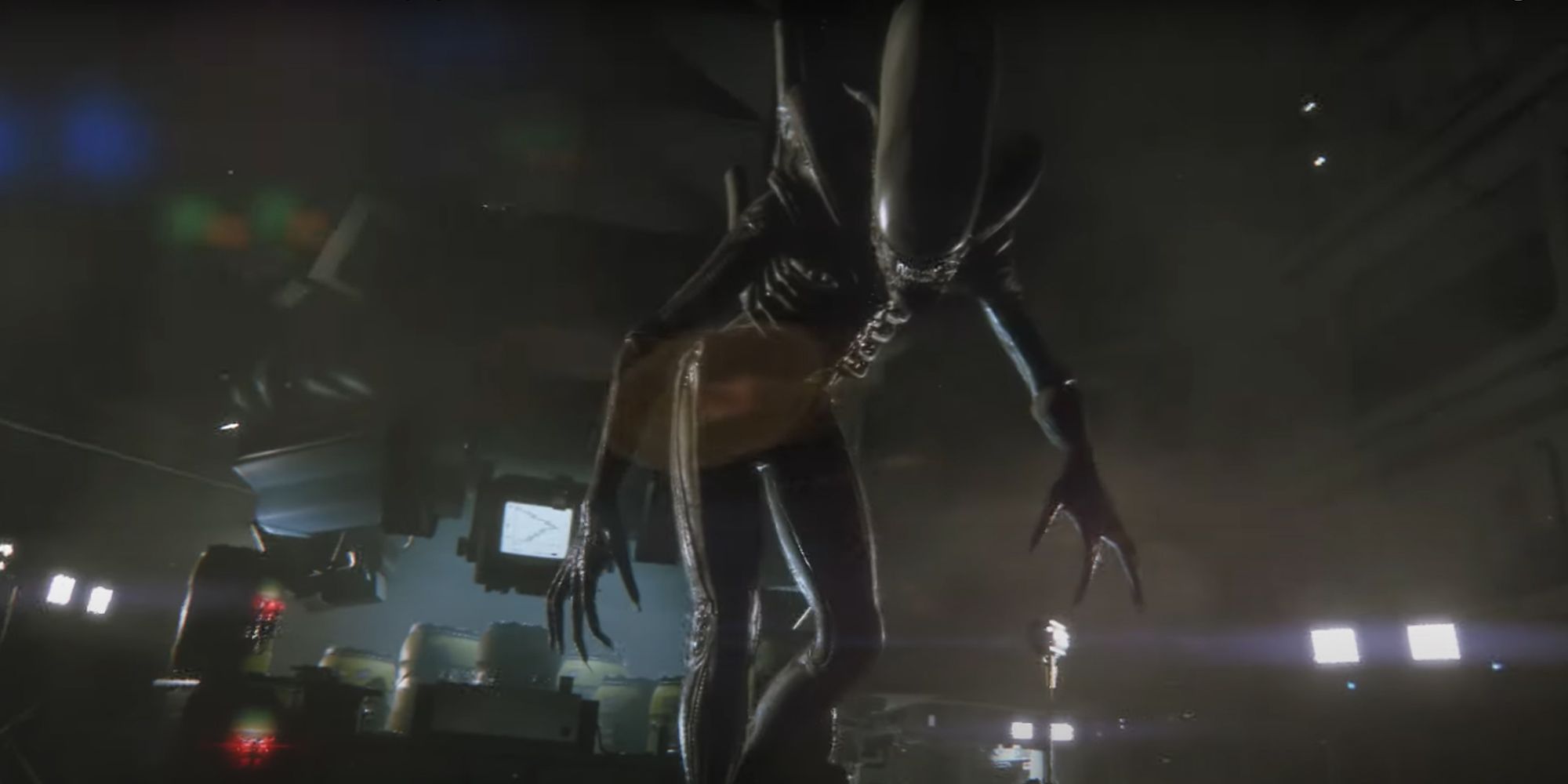 Technically, John Carpenter has already made the film version of Alien Isolation with 1974’s Darkstar. Started as a student film project at USC, it grew into a fully-fledged feature-length film. While Carpenter directed, the screenplay was written by Dan O’Bannon – who would go on to write the screenplay for Alien, which had similarities to Darkstar that are hard to ignore.

So give Carpenter a crack at Alien Isolation, which oozes that late 1970s analog technology that his direction would no doubt make feel very real with minimalist lighting and love for the widescreen shot. 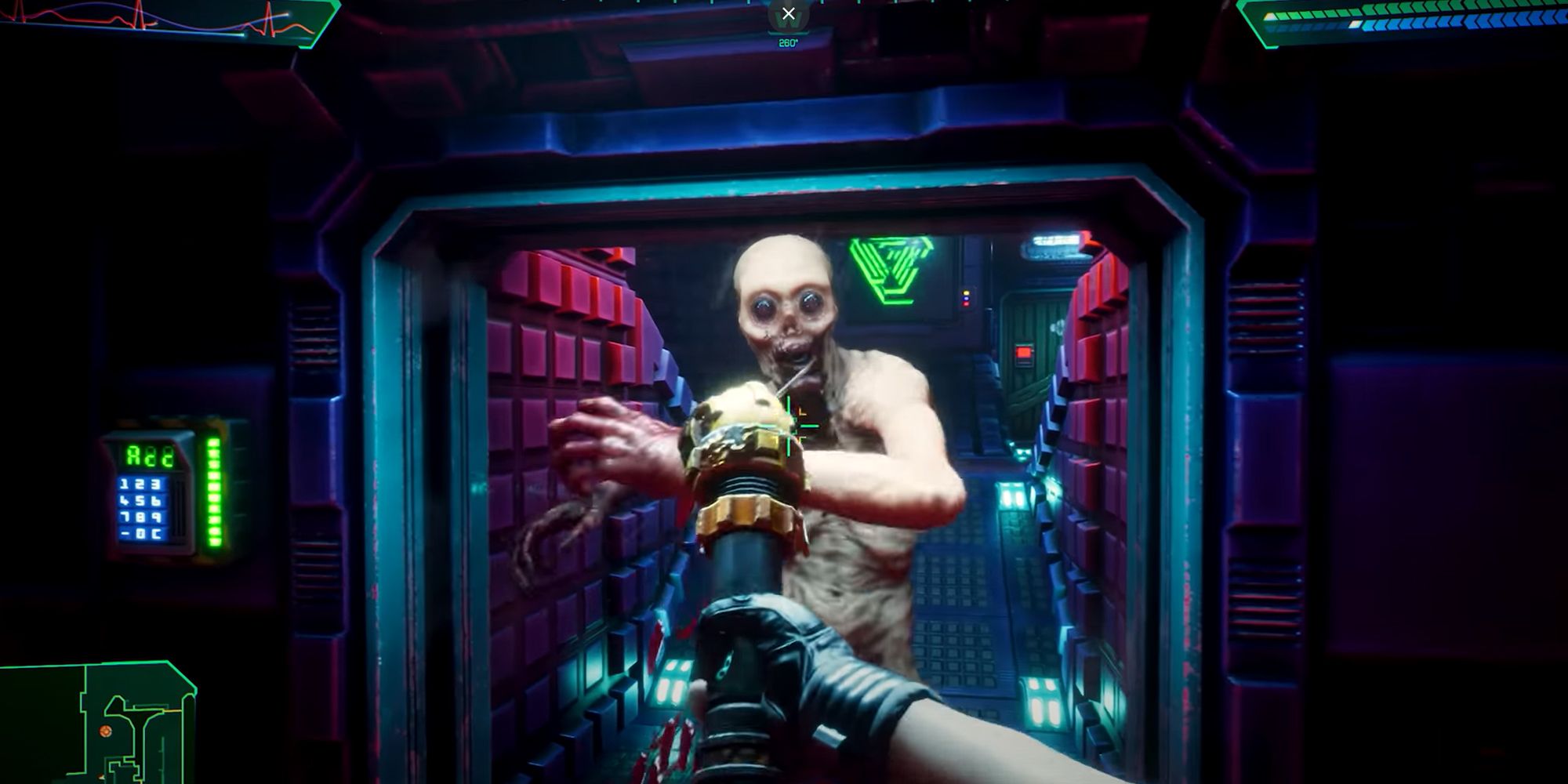 In a sort of haunted house in space, the original System Shock has you play as a hacker that awakes from a coma, only to find out that a space station has been taken over by an AI and the crew has been mutated, cyborg-ified, or killed.

The Fog, made in 1980, is about a glowing fog that takes over a small coastal town and brings ghosts along with it. Carpenter’s building of impending doom with nowhere to go really shines in the movie The Fog and would shine for System Shock. 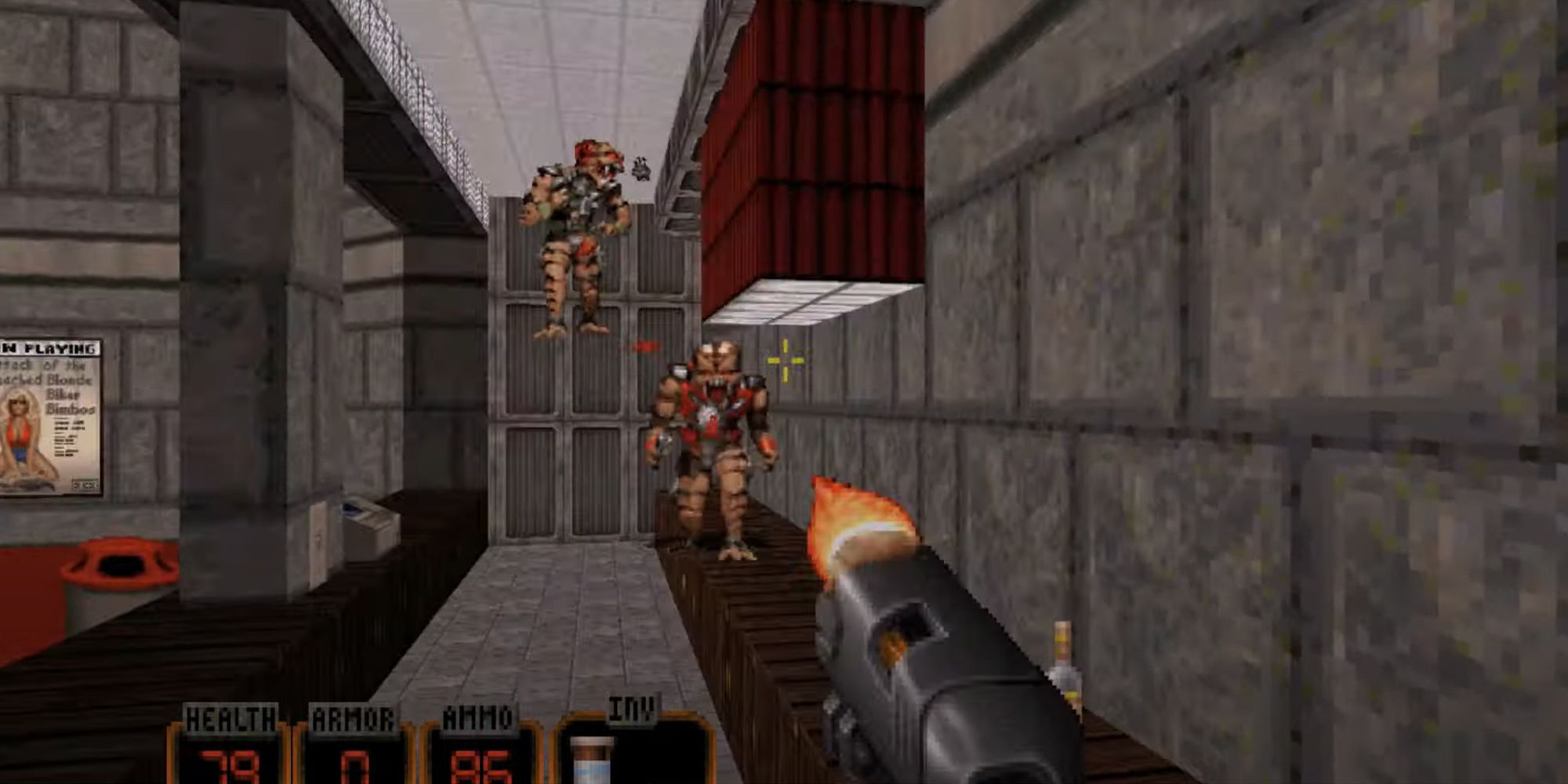 Considering that Duke Nukem 3D takes homage from Carpenter’s “Escape From New York,” the horror director is about as qualified as anyone to bring Duke to the big screen. EFNY’s main hero – Snake Plissken – even makes an appearance in Duke Nukem 3D as a corpse.

Snake’s anti-hero depiction is something that would translate well for Duke Nukem in a movie. Carpenter would be able to pull off an alien-invaded city depiction like he was able to do with New York City and Los Angeles becoming maximum-security prisons in the Escape flicks. 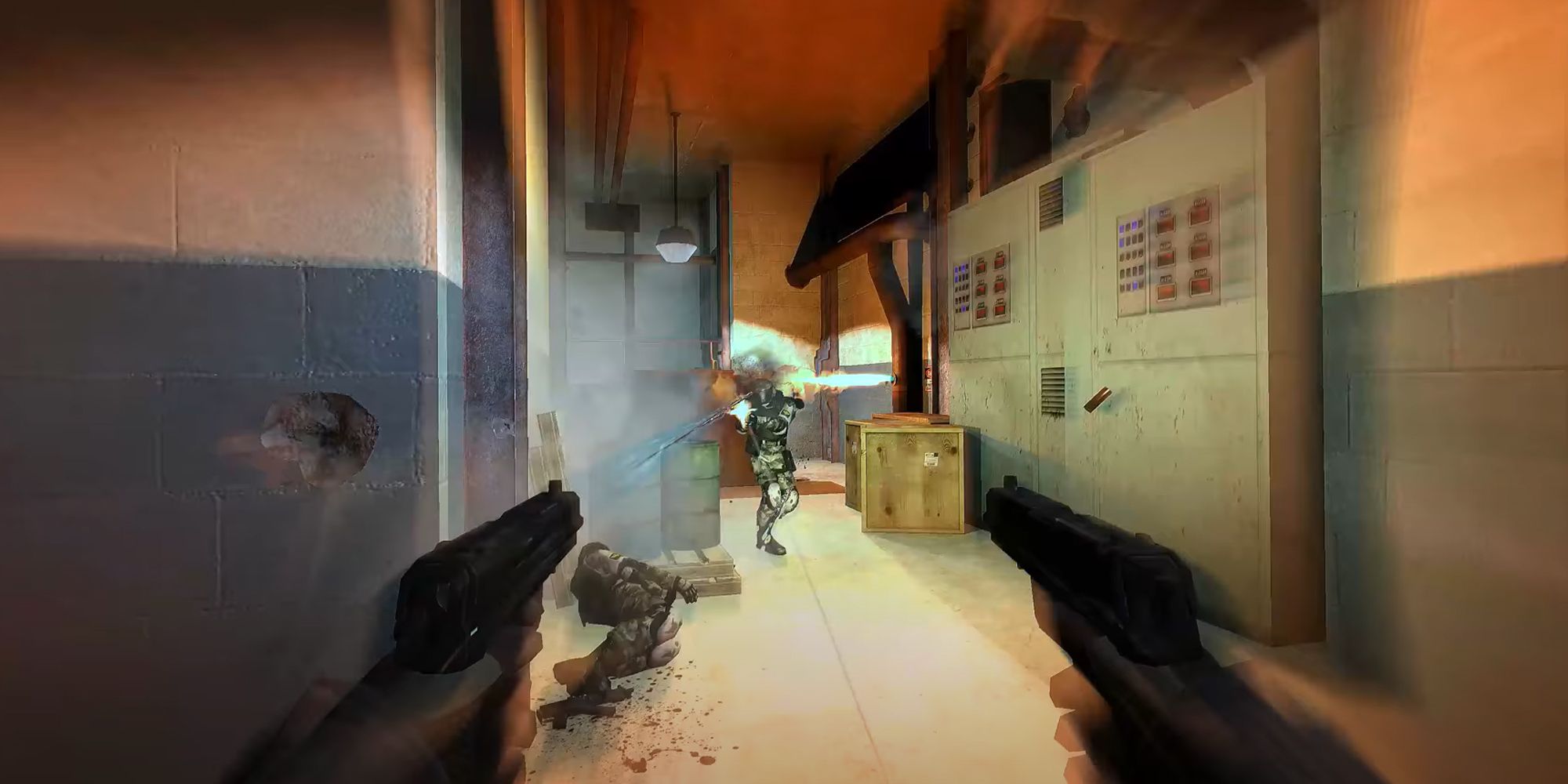 John Carpenter worked on the script and cinematic sequences of FEAR 3, so bringing this to the big screen wouldn’t be the heaviest lift in the world. The original FEAR follows an elite U.S. Army unit that investigates supernatural phenomena. This essentially hits every check box in Carpenter’s wheelhouse.

Carpenter could also bring real depth to a film, while other directors might be tempted to just turn it into a Matrix clone since the games employ the overly-used “bullet-time” mechanic. 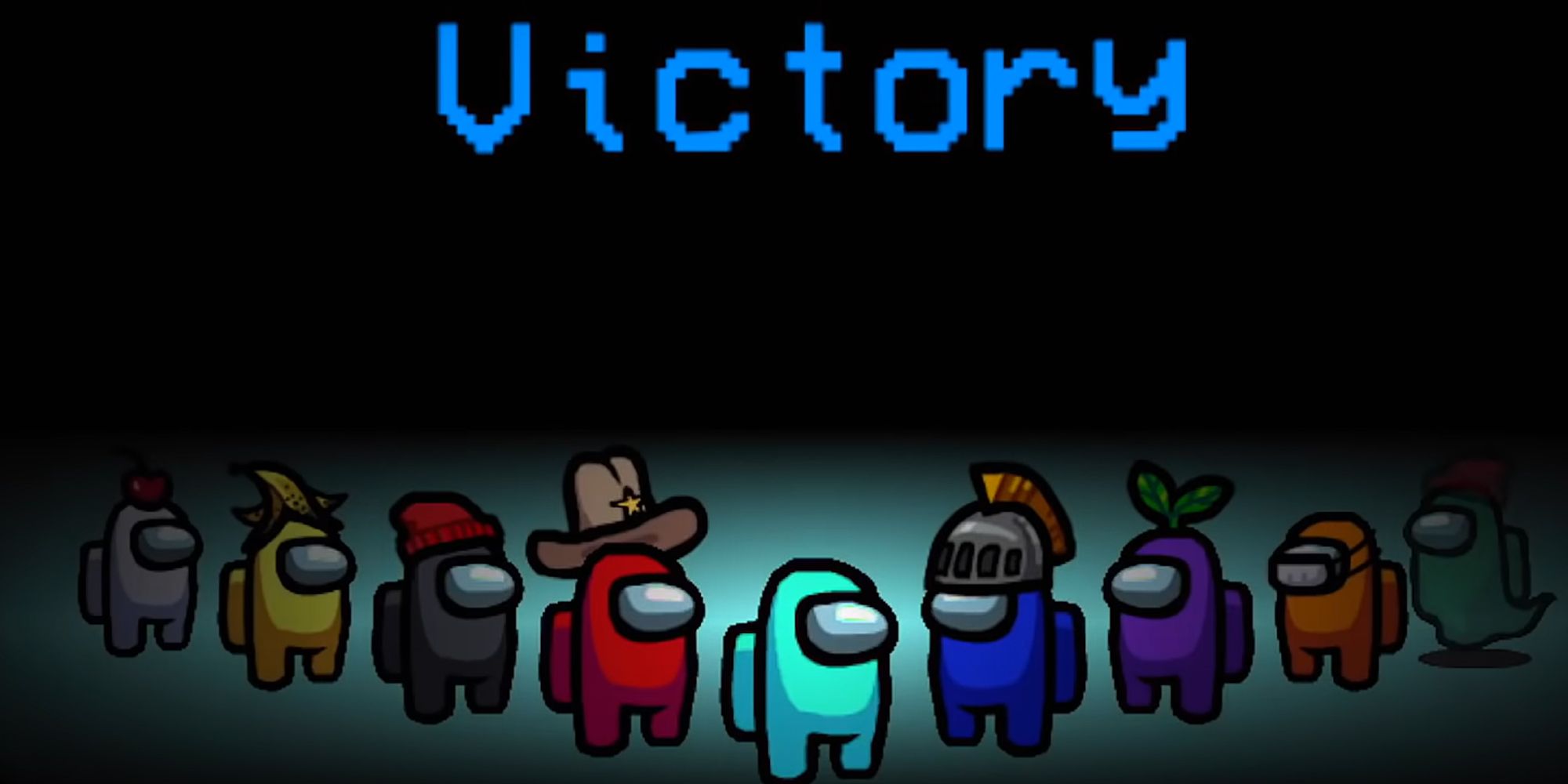 Among Us is essentially The Thing in Space. The online social game has players as cartoon astronauts, and they have to decide who is the imposter in their midst. Carpenter caught this sense of paranoia perfectly in The Thing as the characters got more and more paranoid when the body count rose, and it was discovered the alien could take the form of everyone.

The Thing even has a blood test where it could be found out if someone was an alien. Among Us has visual tasks that astronauts perform that can’t be faked by imposters. That kind of mechanic is something Carpenter would gleefully use in front of the camera. 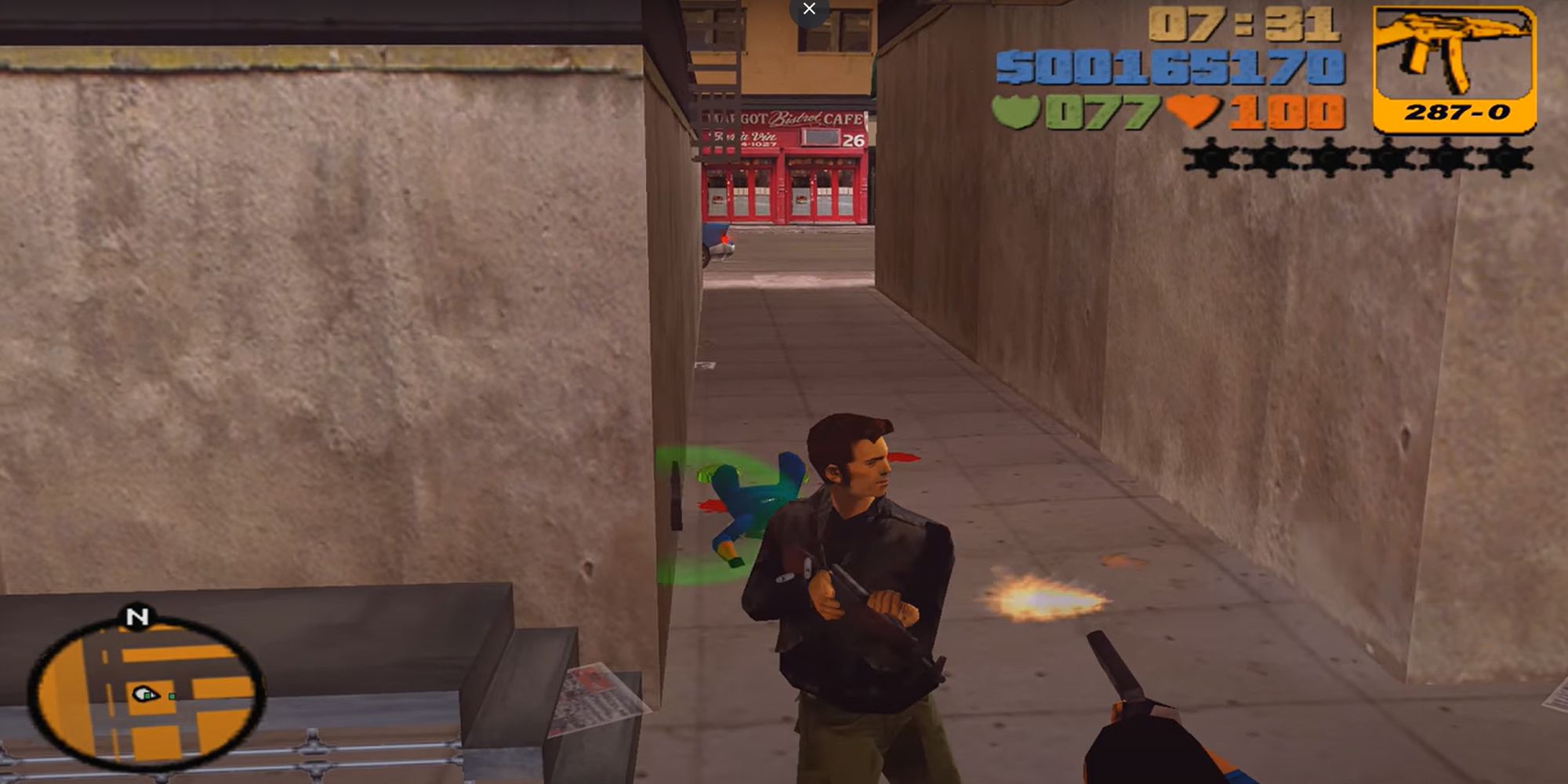 John Carpenter’s action thriller Assault on Precinct 13 shows a local gang assaulting an LAPD precinct. The director could really subvert expectations by taking the satirized feel of Grand Theft Auto’s cops and gang members and turning it into something gritty.

Since most movies these days need a gigantic battle of some sort, a tense standoff final directed by Carpenter in a crime-filled city would be something to behold. The way Assault on Precinct 13 felt like an urban western also carries over to GTA, where you’re essentially a guy that has just breezed into town and everyone has their guns drawn. 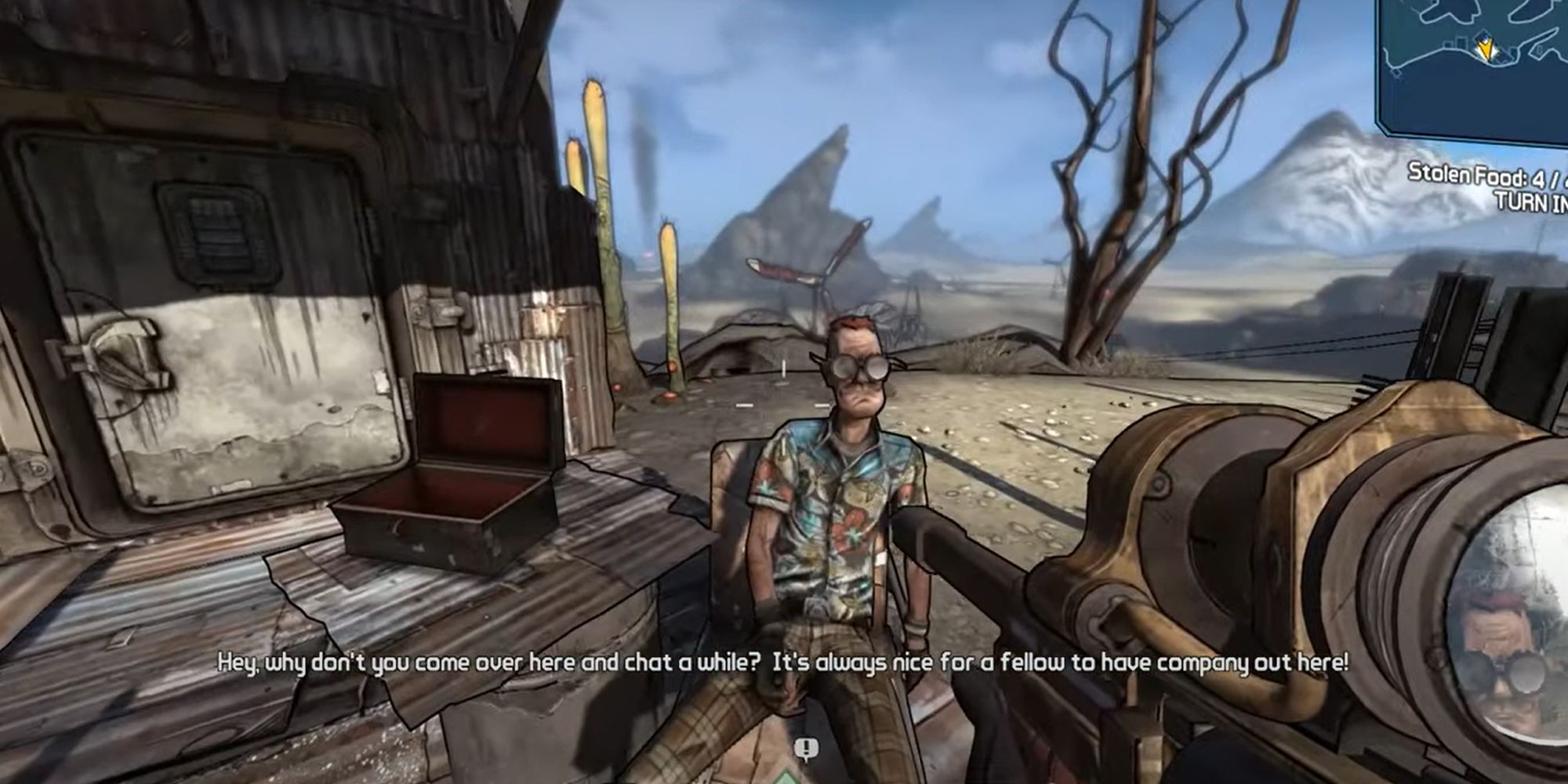 Another fun connection between Carpenter and video games is that Halloween star Jamie Lee Curtis has been cast in the 2023's Borderlands movie. We know Carpenter isn’t the director of this one, but what if?

You have the post-wasteland setting that would easily match up with Carpenter’s Escape movies. His sweeping wide shots would eat up Pandora, and the director could keep up with the frantic action that the game can sometimes throw at its players. With plot points like mega-corporations seeking control of planets, it's frankly surprising he hasn’t made this film yet. 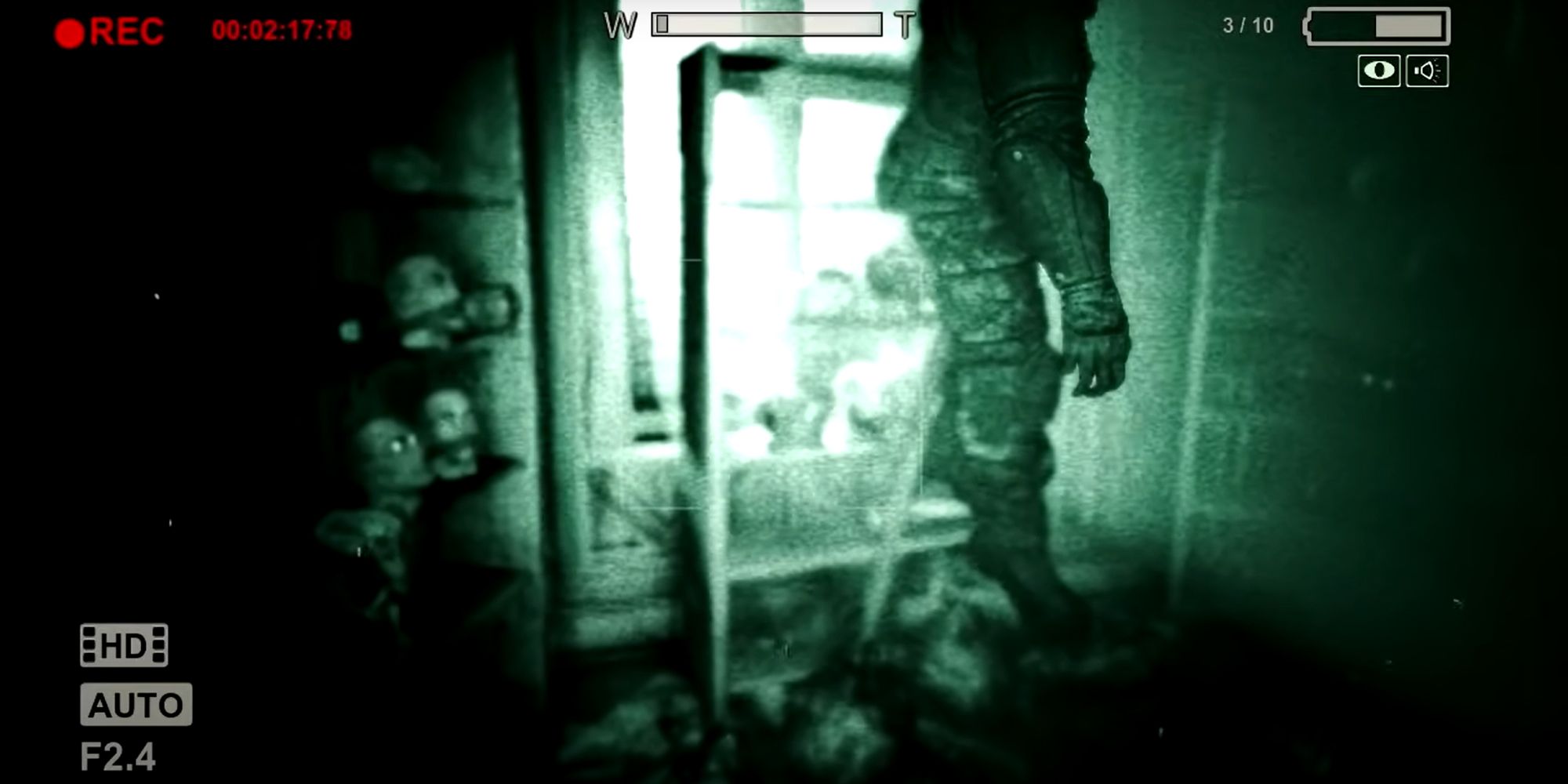 Let Carpenter flex his horror filmmaking muscles with Outlast. This game is absolutely terrifying, and the plot feels like something Carpenter would release in the 1980s. Outlast has the player being a journalist investigating a remote psychiatric hospital in an isolated Colorado area. The hospital is overrun by homicidal patients and the game forces you to use stealth mechanics.

Carpenter could turn Outland into a shocking experience. The fun he’d have with the scares would have people dropping popcorn in the aisles from fright.