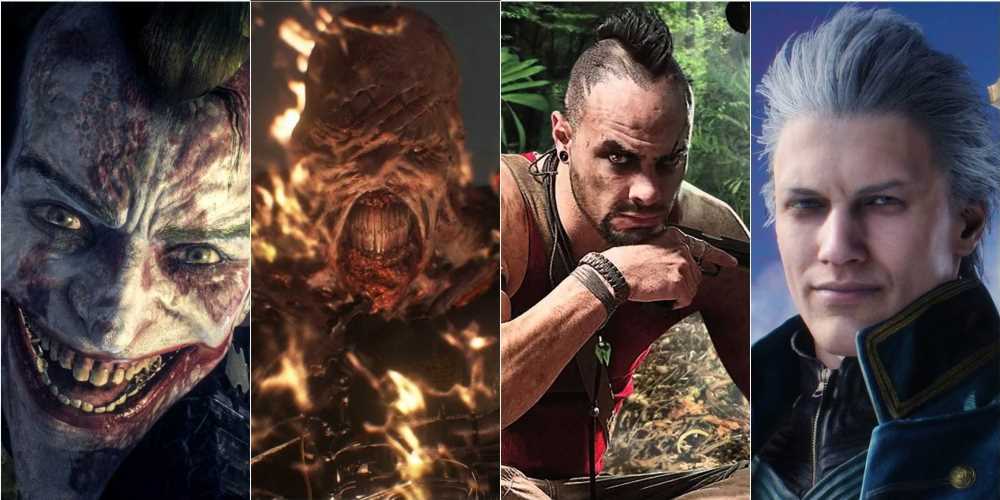 One of the most enticing details of every story is its villain. No matter how good your protagonist is, they need a proper challenge to test all they've learned and to show that things won't be as easy as you may have thought. And, sometimes, they do such a good job that even the players themselves can be afraid of the fight to come.

From God-defying powers to just an extreme charisma, villains can be very intimidating, even in the cases you know you're already more powerful than them. And you know they're good when they intimidate you in action games, where you're naturally capable of taking down a lot of people by yourself. 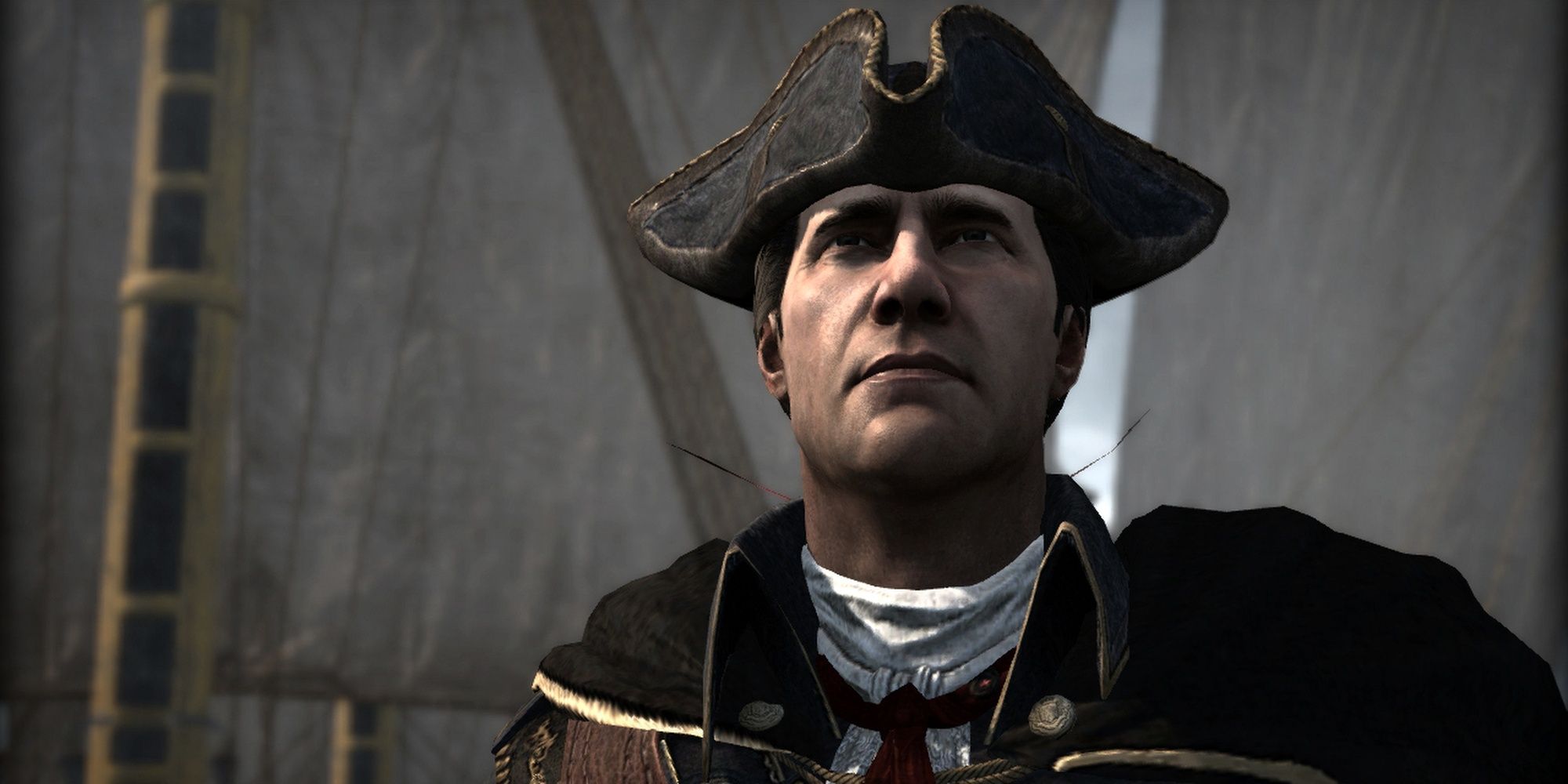 Already starting with a cute little plot twist, Assassin's Creed 3 introduces Haytham, a Templar, and the father of the actual protagonist of the game, Connor. While he's a rather polite man and does interact with his son as he tries to convert him to the Templars, he shows himself as a real threat, willing to kill Connor just for his order.

He is also very threatening when he wants to be, managing to intimidate people without losing his temper and control of the room.

9 David, From The Last of Us 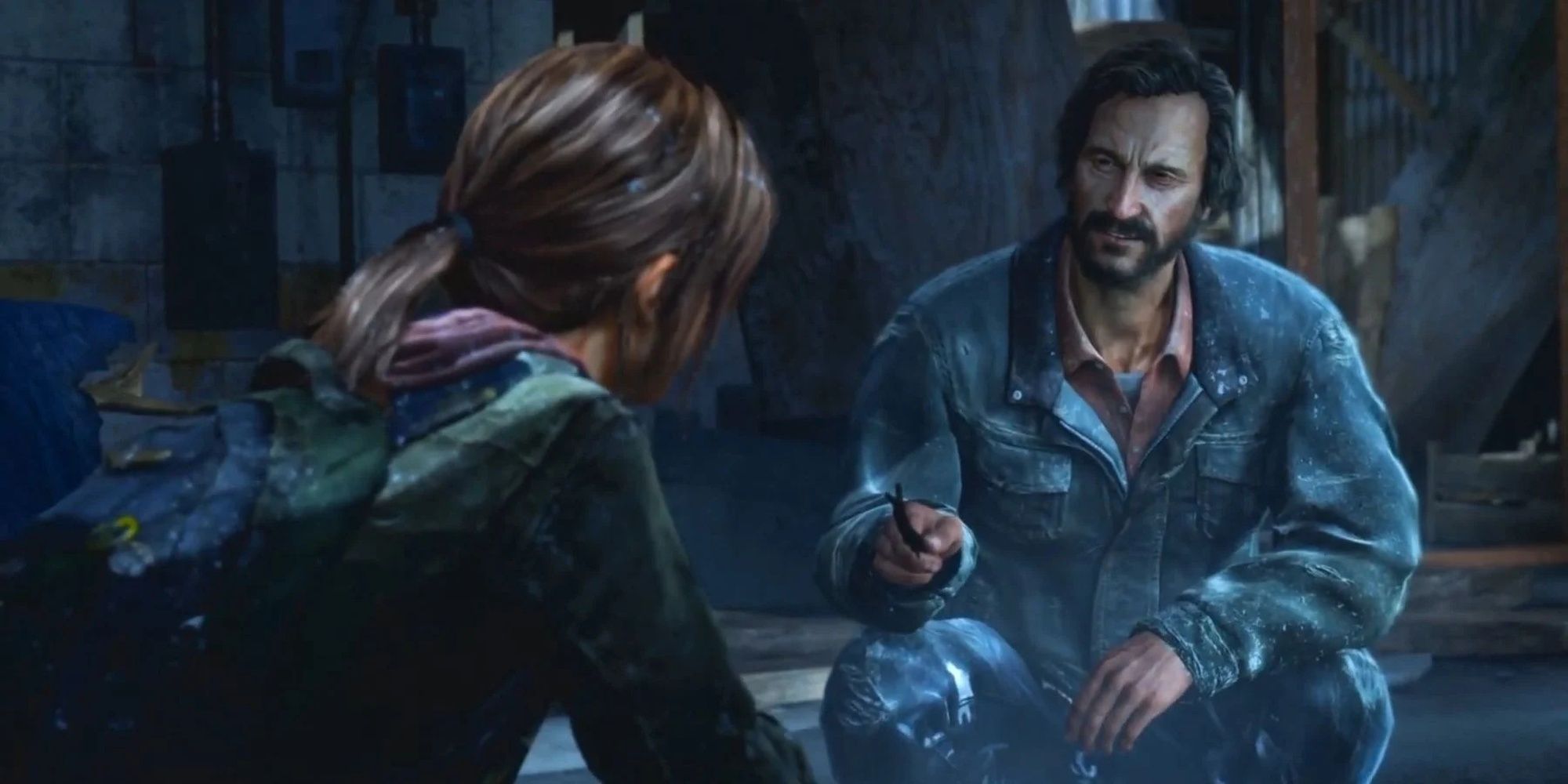 In a game already filled with extremely intense moments, David manages to stand out by how intimidating he is. A seemingly nice guy until he shows his true colors, trying to take Ellie for himself as his pet or toy, and even goes for the kill when he realizes it's no use to manipulate her.

Luckily, Ellie showed him that she's not a helpless child and took him out once and for all. And the funny thing is that he's only a small villain from one chapter and nothing more.

8 Khotun Khan, From Ghost Of Tsushima 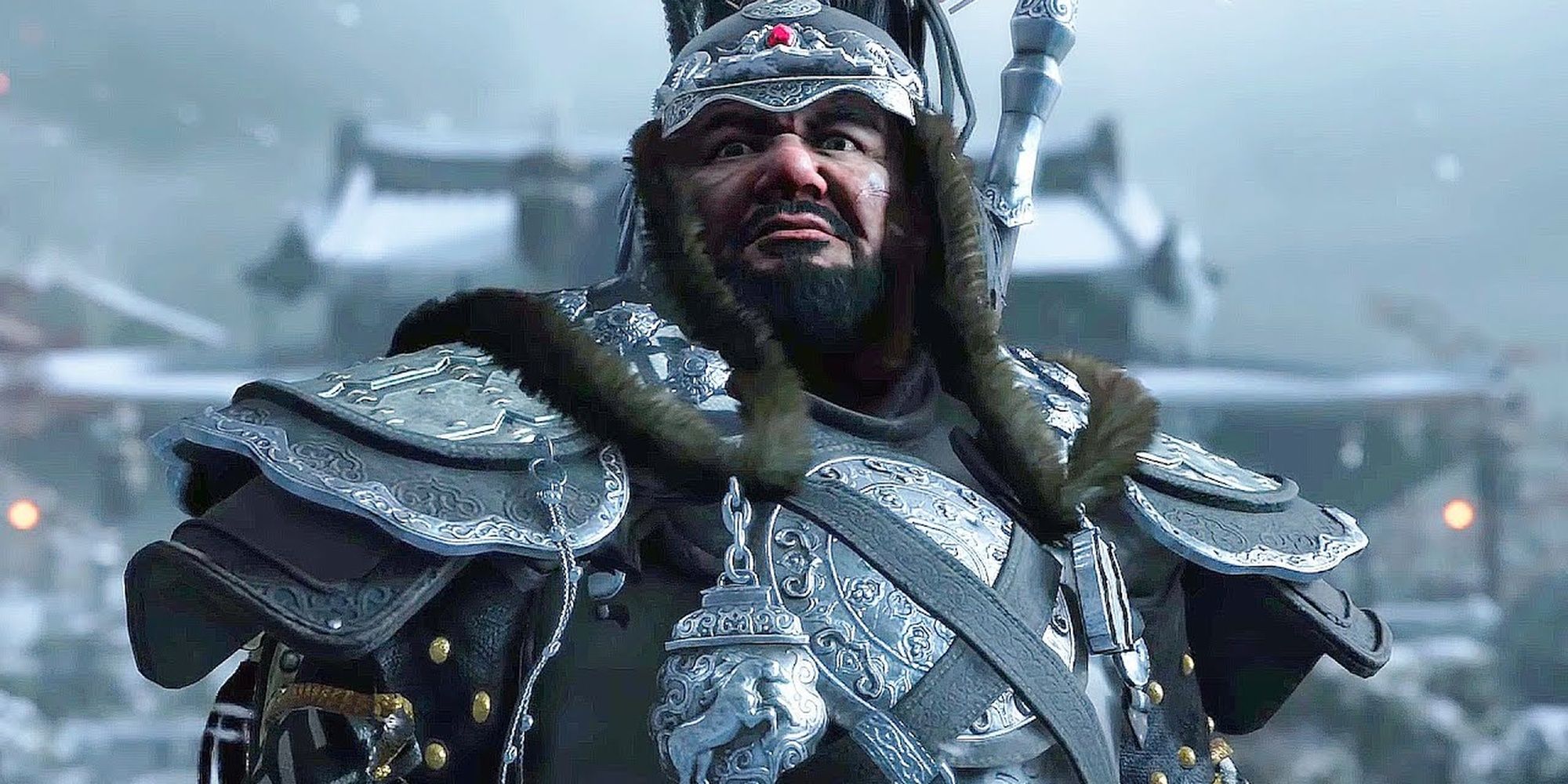 The one thing worse than an intimidating villain is one that is also an intelligent strategist. Khotun Khan is not only a beast in combat, already defeating you at the begging of the game, but he studied and prepared his attack, making him use the Samurai's code against the Samurai themselves.

If it weren't for Jin doing whatever it took to win the fight, Khotun would have conquered Tsushima with little trouble. He is also very intimidating when talking to Jin, and has a strong disregard for life, killing without even flinching. 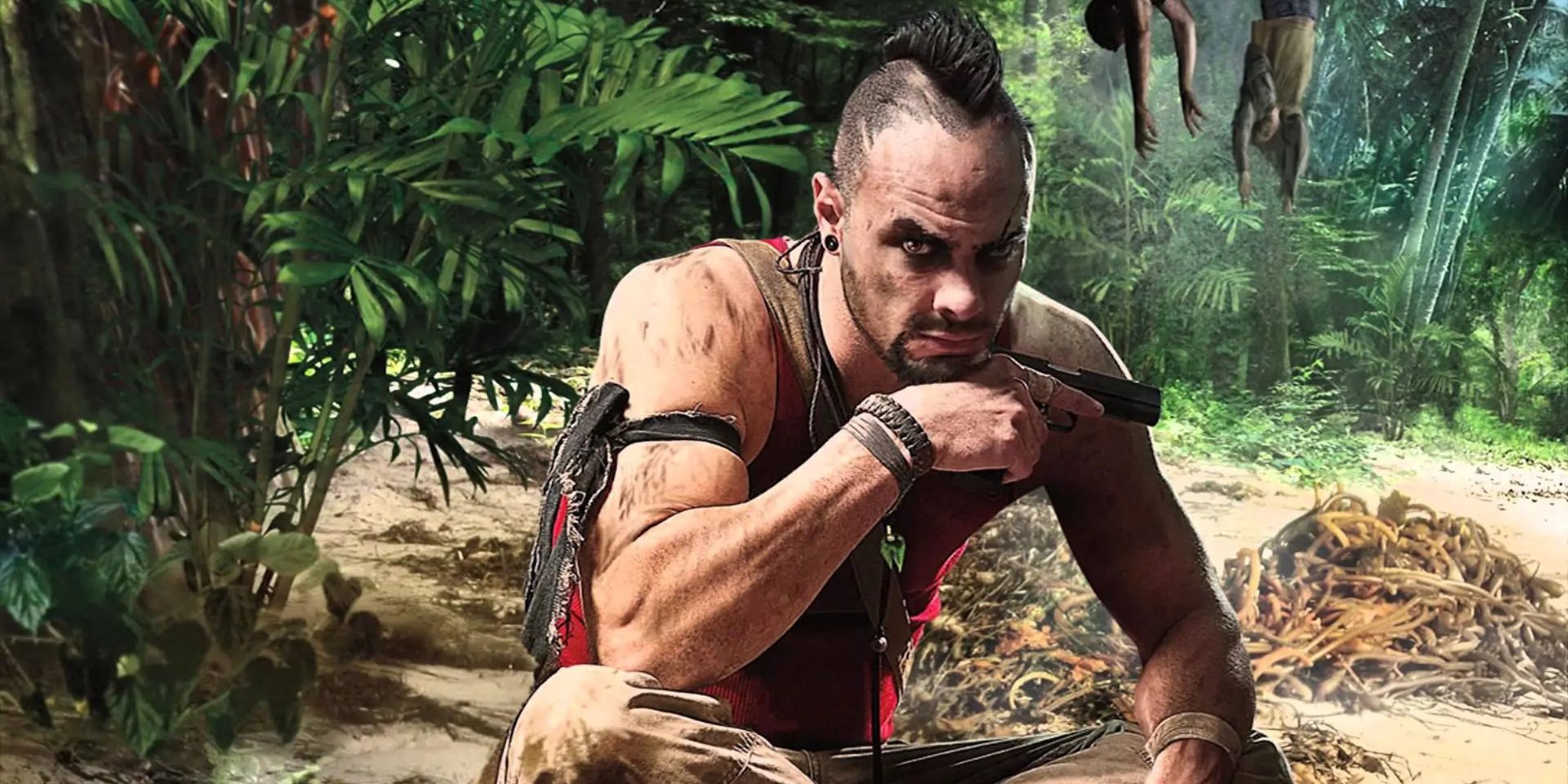 Imagine being so popular that your company changes its focus on the villains when making the sequels just because of your influence. That's pretty much what Vaas did, without even being the main antagonist of his game.

From the insane interactions he has with you to torturing and killing your friends and making you hopeless, it's really hard to guess what he will do next, causing you to be alert at all times he's present. Intimidating, indeed.

6 Joker, From The Batman Arkham Series 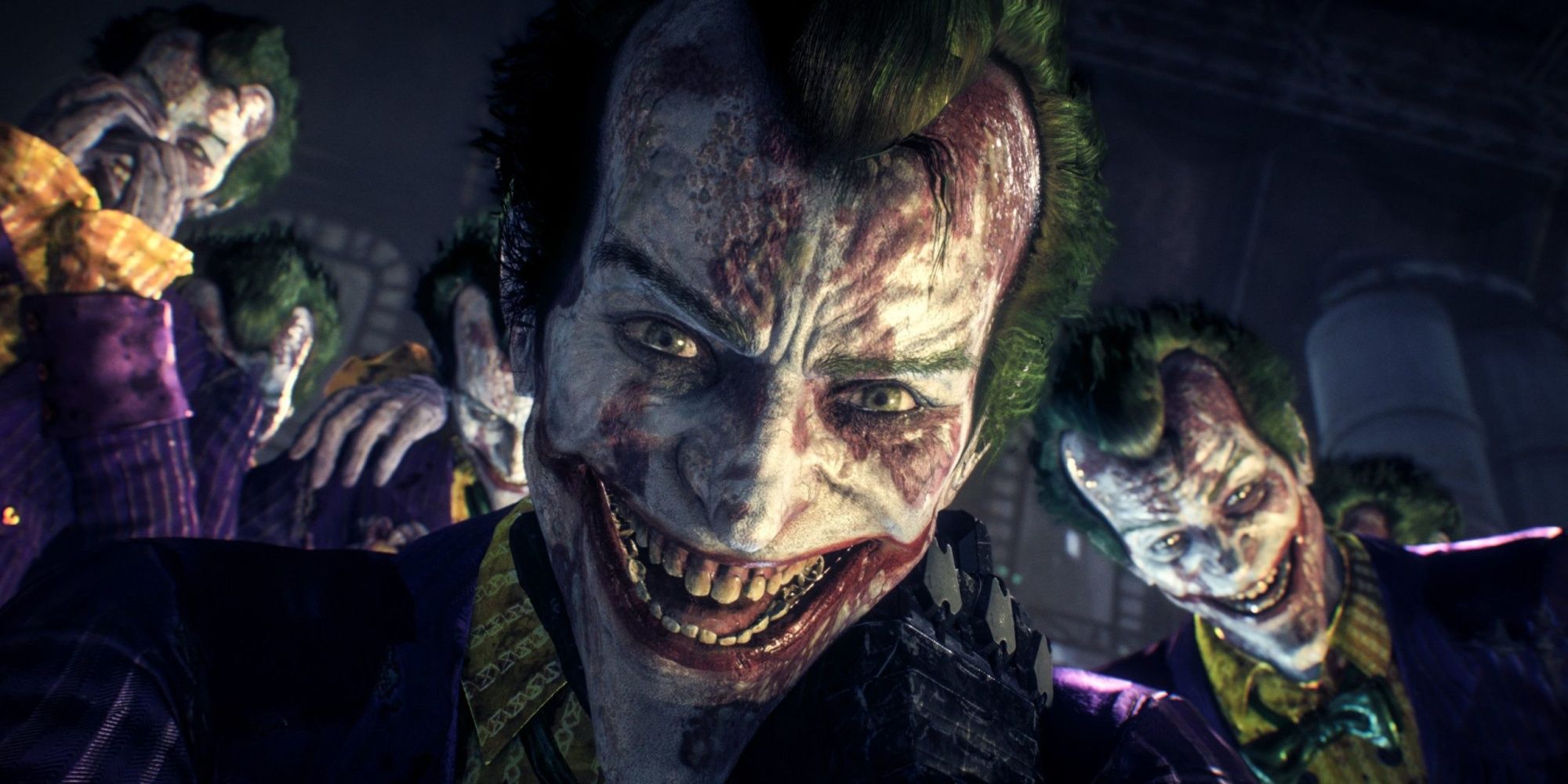 It also shows how dangerous someone can be when he manages to intimidate you, and you are Batman. His manipulative schemes mixed with his lack of predictability makes him a fearsome antagonist, as he does disturbing things to the ones Batman cares for, from Talia to Robin and Batgirl. He's a true menace even from beyond the grave.

5 Vergil, From Devil May Cry 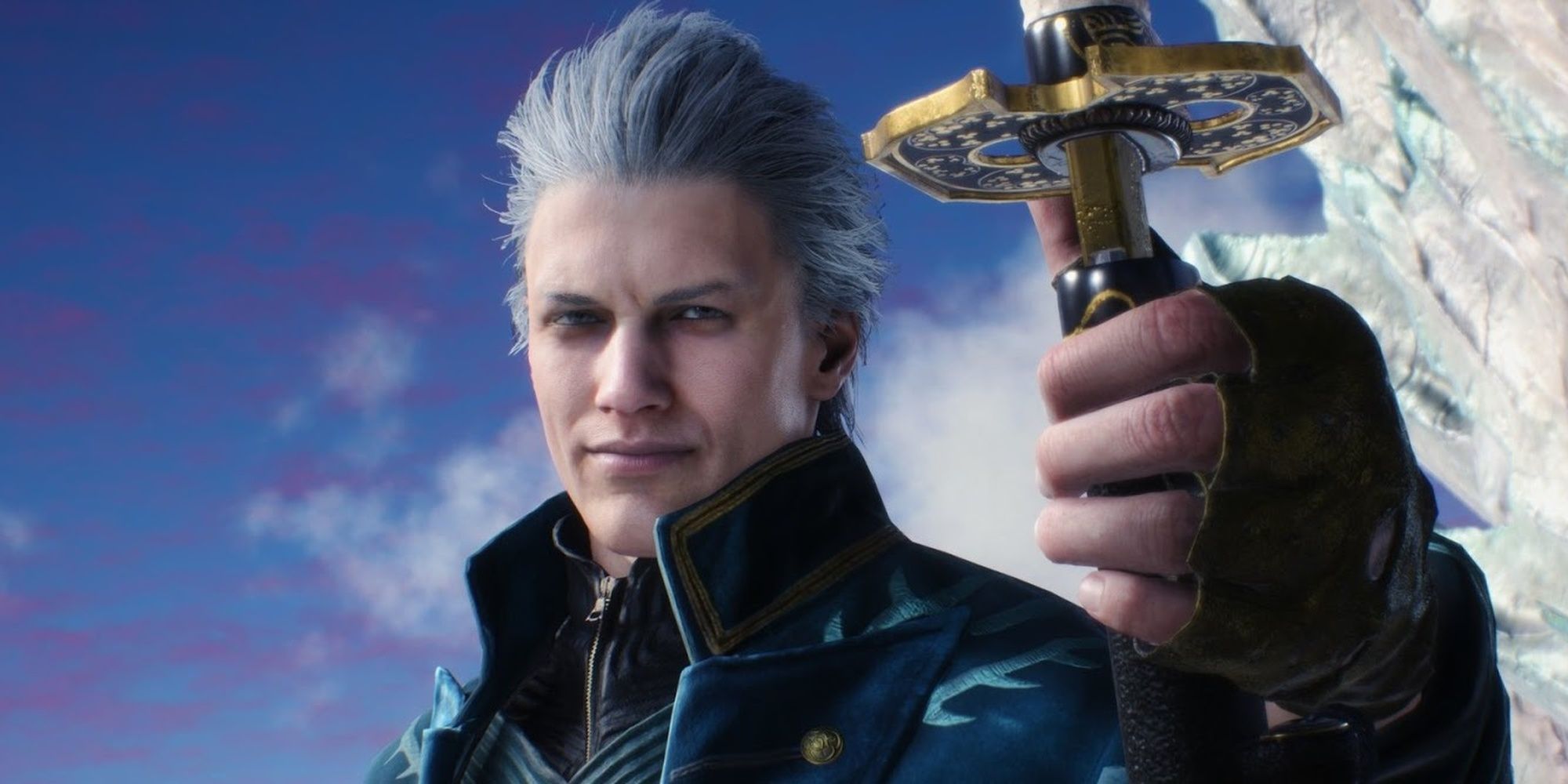 If you can kill demons with ease and yet your brother can still be an intimidating force, then you know the guy is strong. With one of the most famous sibling rivalries in gaming, Vergil is a manifestation of pure power, and said power wants you dead. In his quest, he is willing to get rid of everyone in the way, even his brother and his son.

Not only being intimidating in his own way, but the character is also very charismatic, being one of those villains that intimidate us, and yet we still like them. Go figure. 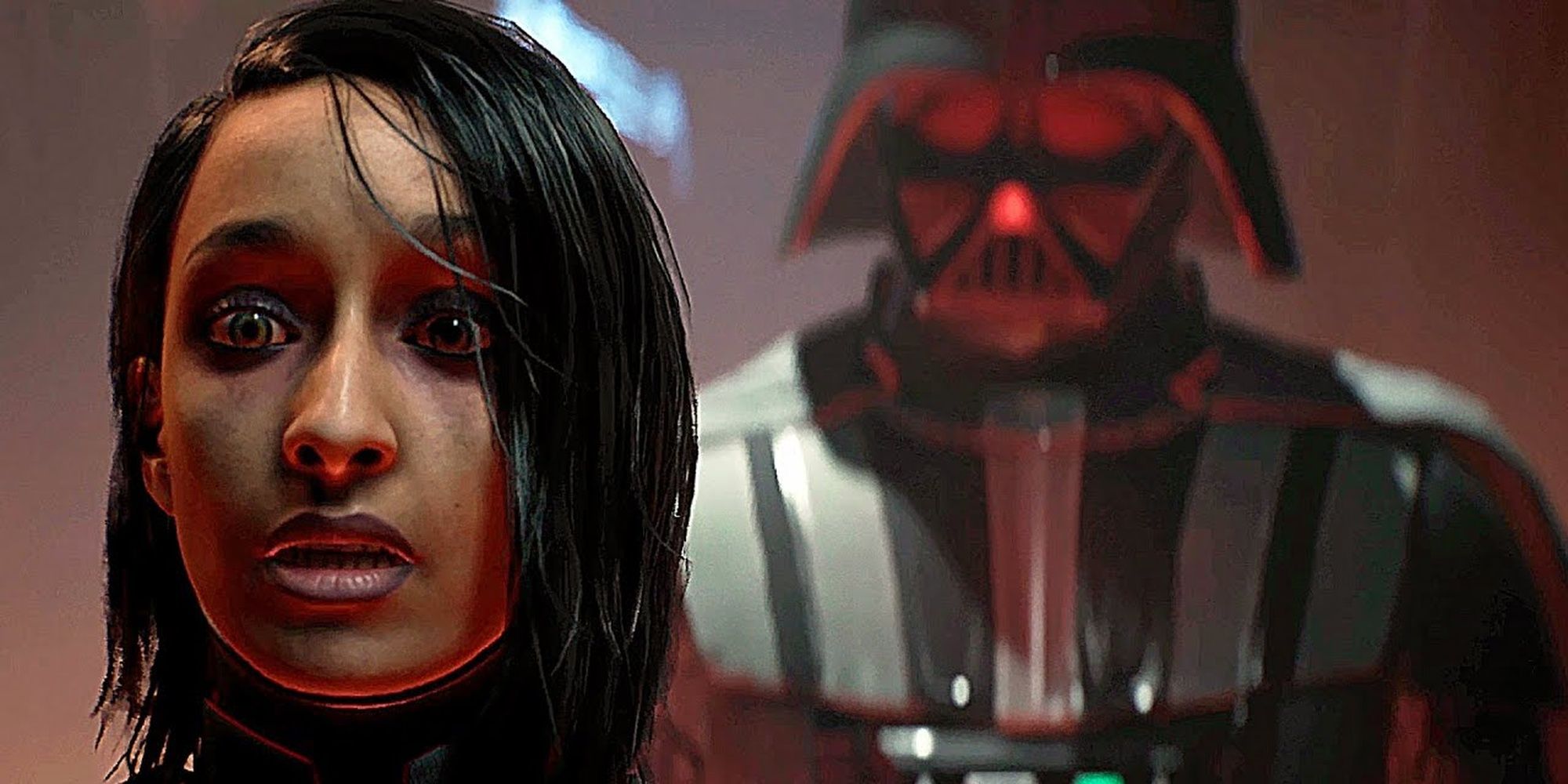 Yes, another one from outside video games. After many not-so-successful multiplayer games, we were all caught off guard with Star Wars Jedi: Fallen Order for giving us a beautiful single-player game and one of the best stories with the franchise as a whole. And that wasn't the only surprise. The Dark Lord of the Sith, Darth Vader himself, appears near the campaign's end.

As a Padawan on the run, it's pretty clear you're no match for him, starting a runaway sequence with one of the most intimidating villains of all time after you. An amazing experience, if not for all the panicking of the moment. 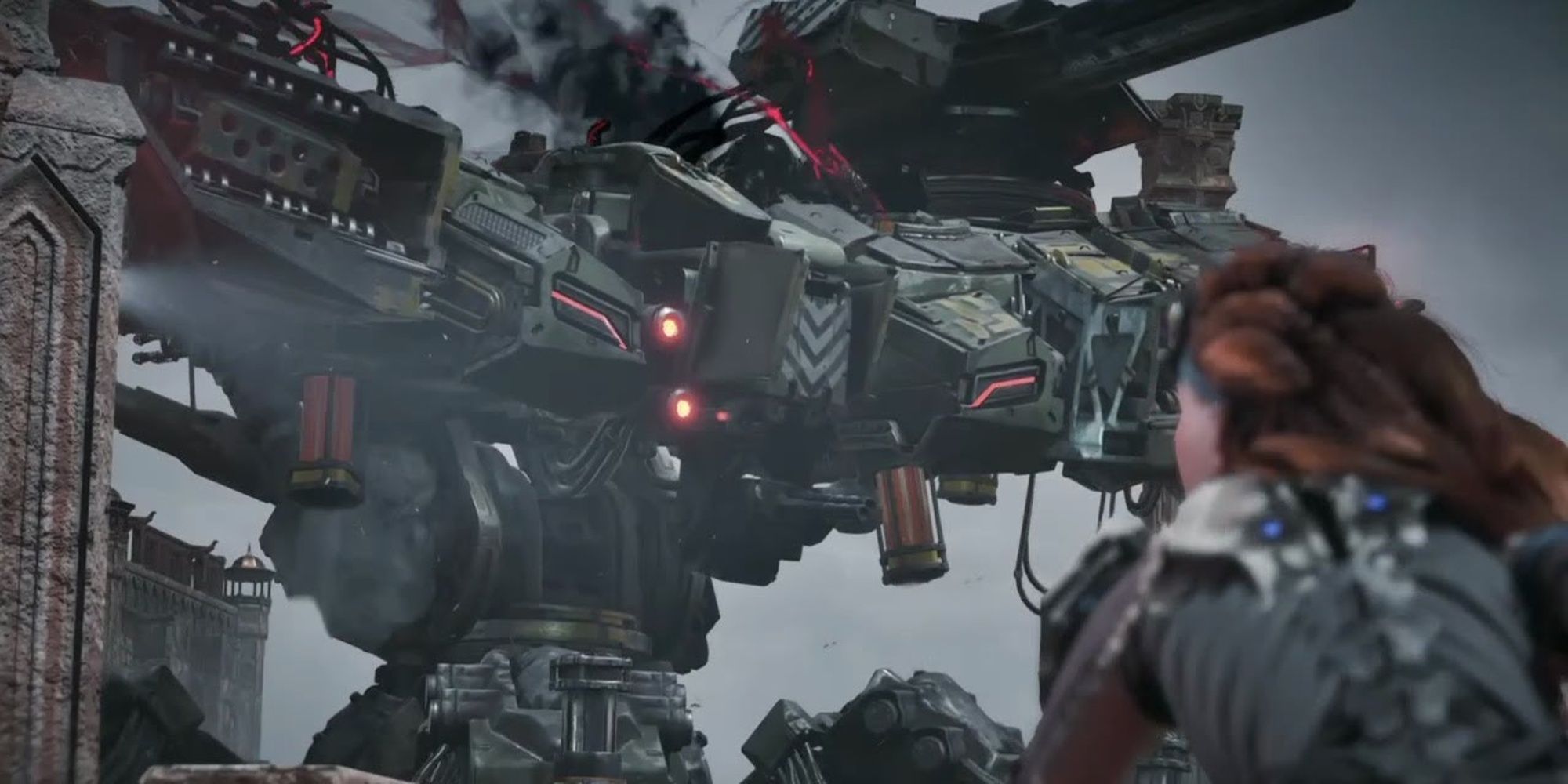 Most machines in the game are already terrifying, especially when you have to fight them with a bow and arrows. But HADES tops them all. Tasked with the job of "resetting" the Earth to terraform it afterward, HADES became out of control and willing to do whatever it takes to end all life on Earth, even though it wouldn't be necessary.

Mostly emotionless, what is interesting about it and AI villains is exactly that. All the manipulation and destruction are irrelevant as long as the work is done, turning it into an extremely menacing force. 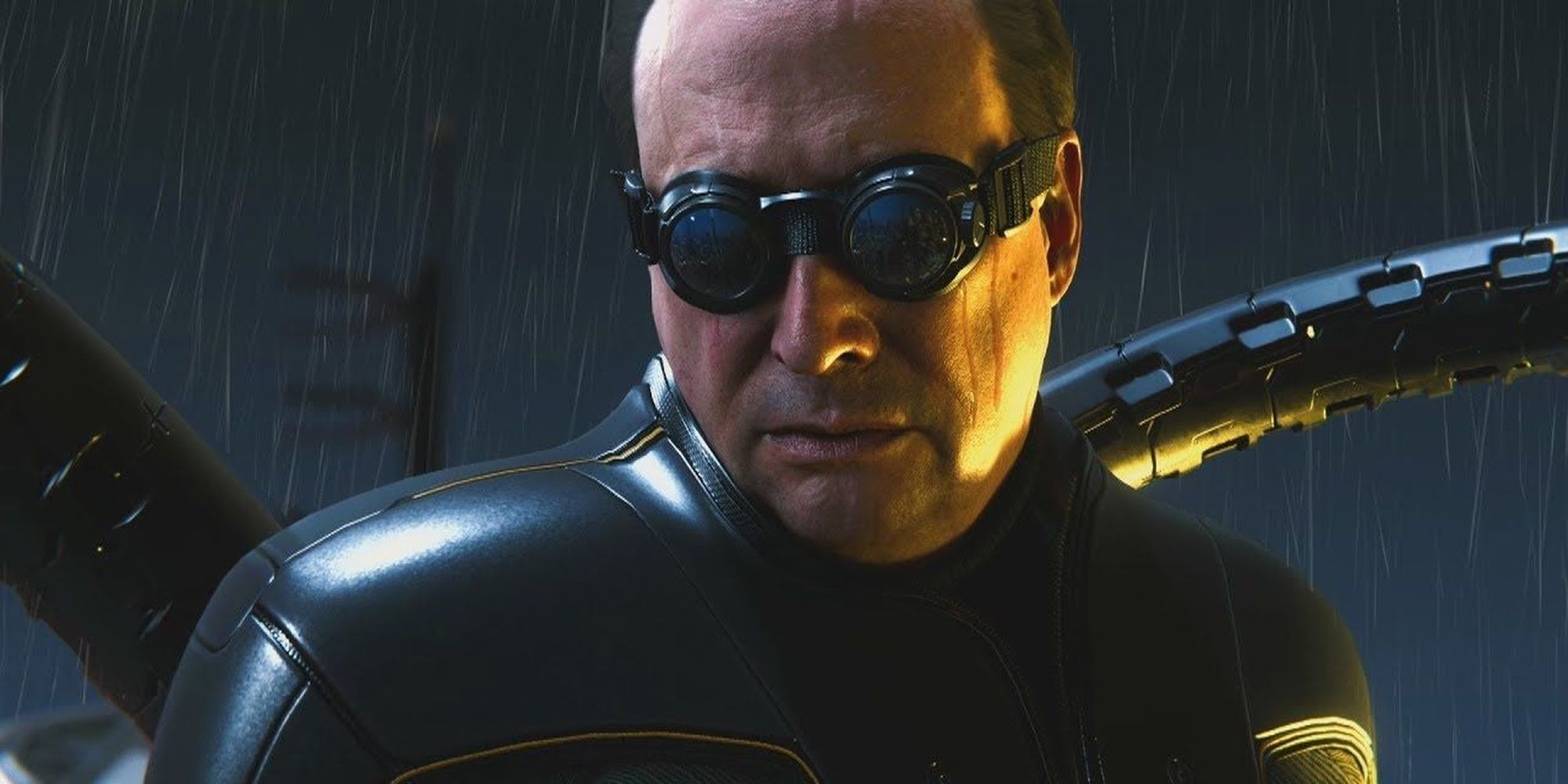 And also another example of how intimidating a villain can be by being intelligent. Otto was supposed to be nothing more than a simple and good man, but alas, it was not meant to be.

With his tentacles taking away the best of him, he orchestrates complicated plans and makes Spider-Man's most notorious enemies all work for him, even going as far as giving solutions to each of their problems. He then shows how far he is willing to go for his personal goals, being fully aware of who he's fighting against and still holding nothing back. 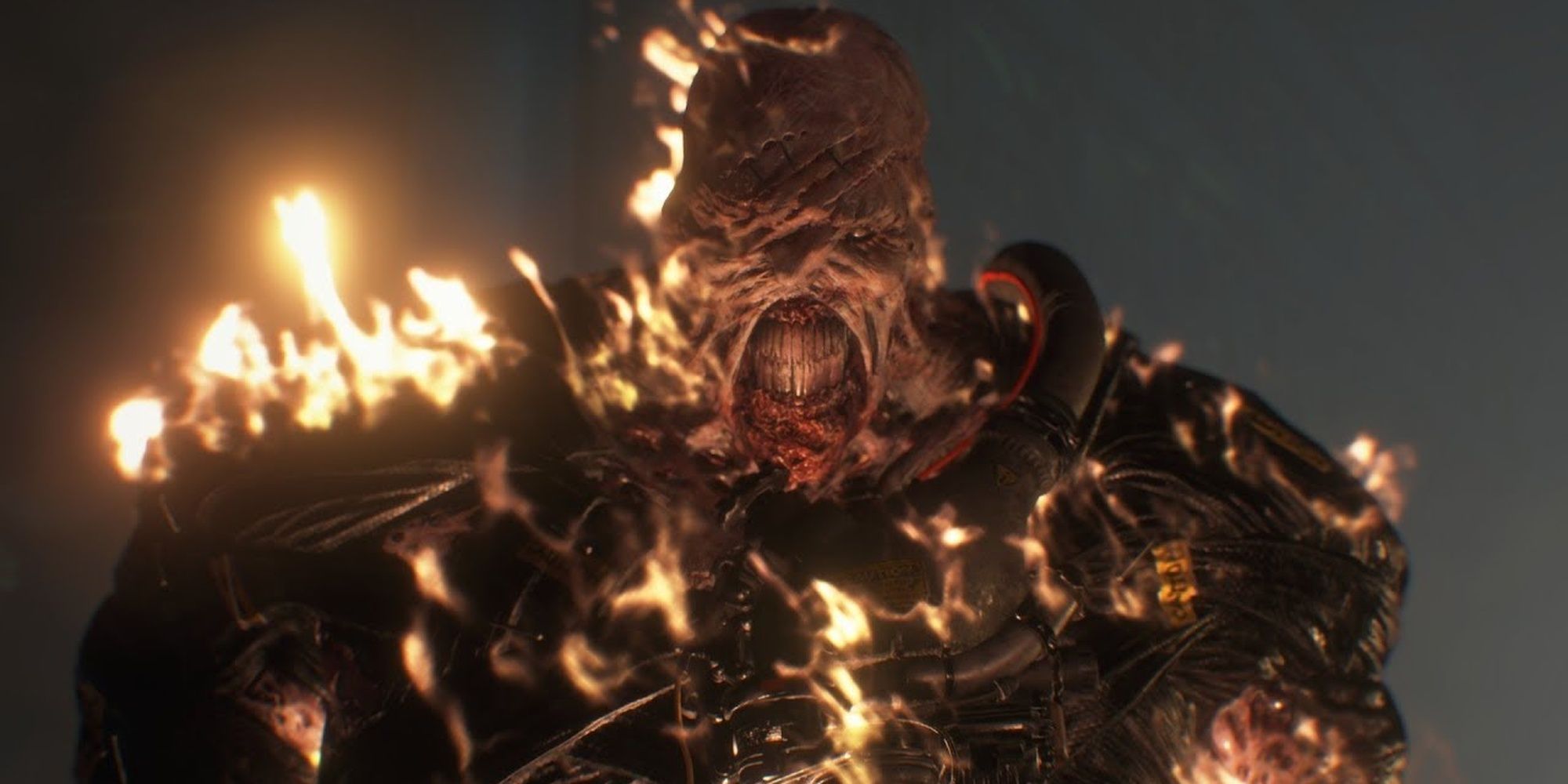 What more terrifying than a monster? One that keeps following you, no matter what. This biological weapon will stalk you over and over, forcing you to fight it or to just run away and save your resources.

It also makes you pay attention to your surroundings to see what is the best way to fight it since Nemesis isn't affected by low-caliber weapons all that much. But the dread of being prey for most of the game only instigates the dread Resident Evil is famous for.