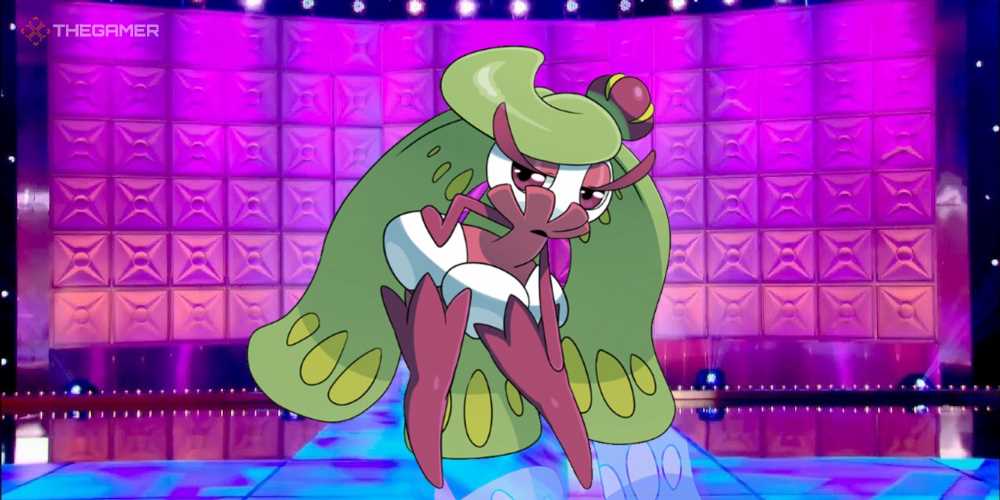 Welcome to RuPaul's Drag Race: Pokemon! Gosh, these international versions are getting out of hand, aren't they? Well, we're here, and we have a cast of ten amazing Pokemon who are all chomping at the bit to earn the title of Next Drag PokeSuperstar.

Drag Race is the perfect platform for anyone who wants to show off their bravery, adaptability, likability, loudness, and style. To get far in the race, you'll need a wide range of talents, an unparalleled sense of humor, and the nerve of a Gym Leader still who boasts even after getting destroyed by a ten-year-old. Join me in my fever dream of a hypothetical season of Pokemon Drag Race. 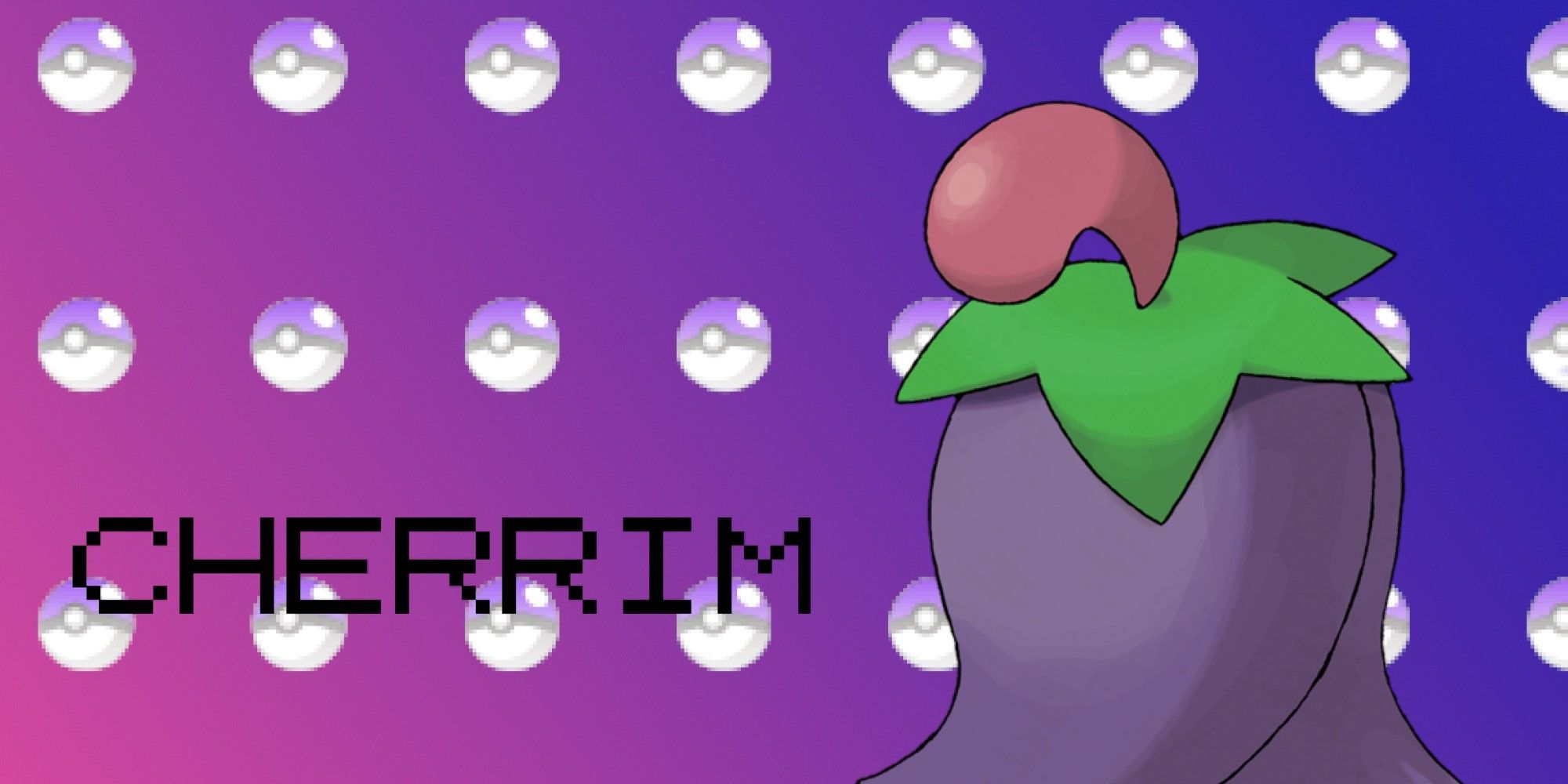 In a cast as stacked as this, it's fair to have Cherrim pegged as the young queen. She's new to the scene, but she's got tricks, oh she's got… well… one trick. As soon as her Sunny Day comes out, she twirls into a glorious reveal, shedding her purple leaves and showing off her pink petals.

Disaster struck in the first mini-challenge then, where the challenge was to model for a photoshoot whilst being battered with various weather effects. When the harsh sunlight came, Cherrim was taken totally by surprise and falls over as she unwillingly transforms. She can't regain her composure and a limp lipsync to Staryu and I by Lady Dragagalge sends her home.

My name is Cherrim and I am the scintillating queen of Sinnoh. 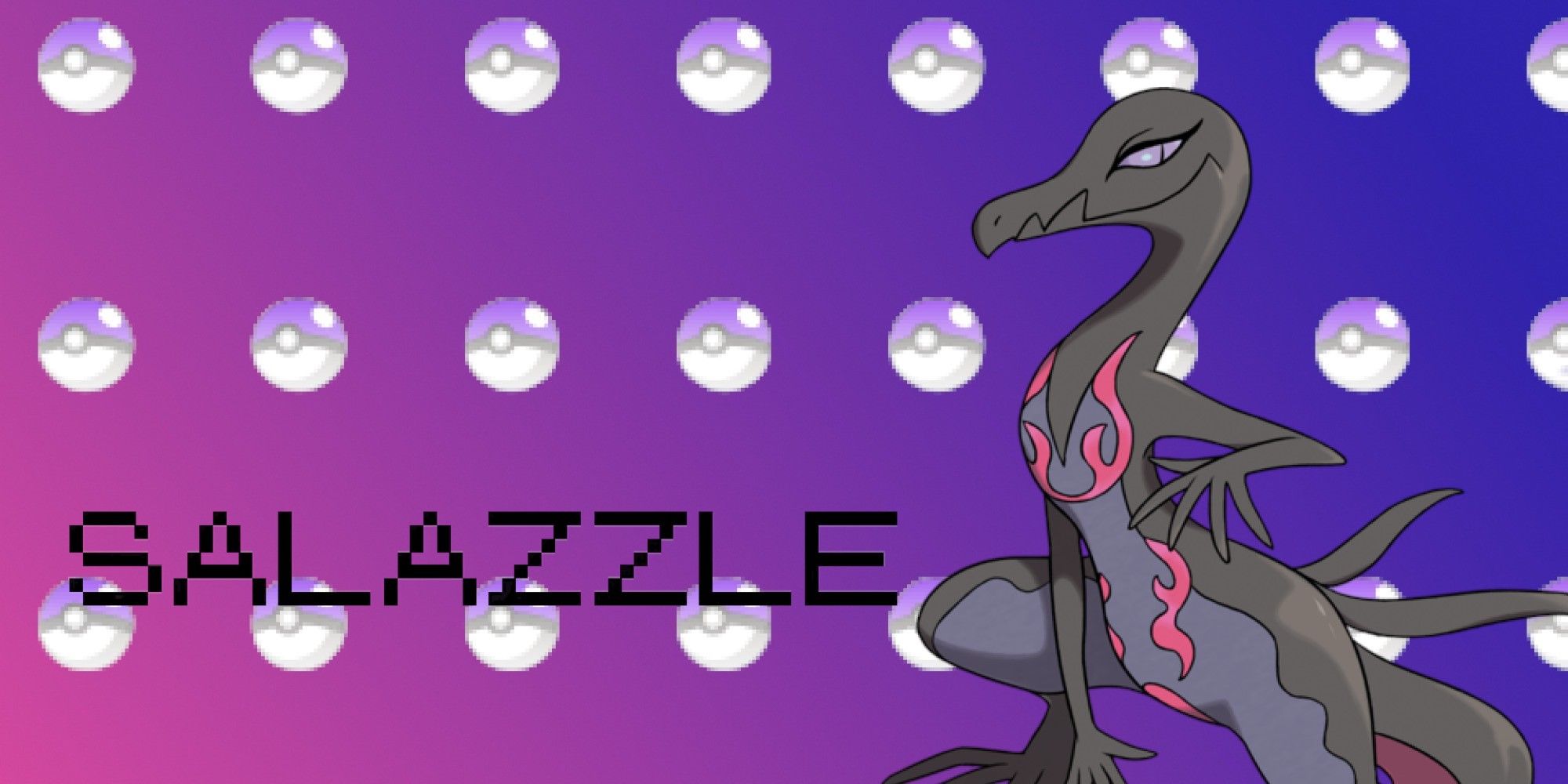 Renowned for her stunning performances that range from mildly sultry to very sultry, Salazzle isn't exactly known for her range – but she is very good at what she does. She has a moody, slightly emo style that extends to her personality, something that attracts the other queens to her.

Her major stumbling block arrived in episode two, in which the queens were asked to act in a badly-written spoof of a popular tv show about dragons and swords called Game of Throh (and Sawk). No one does particularly well because, as mentioned, the writing is dire, but Salazzle picked the short straw and ended up in the bottom. Tripping over her own tail to Holding Out for a Fearow by Bonsly Tyler was her final act before being sent home.

Listen here, girl, if you cross me, I'll Cross Poison you. 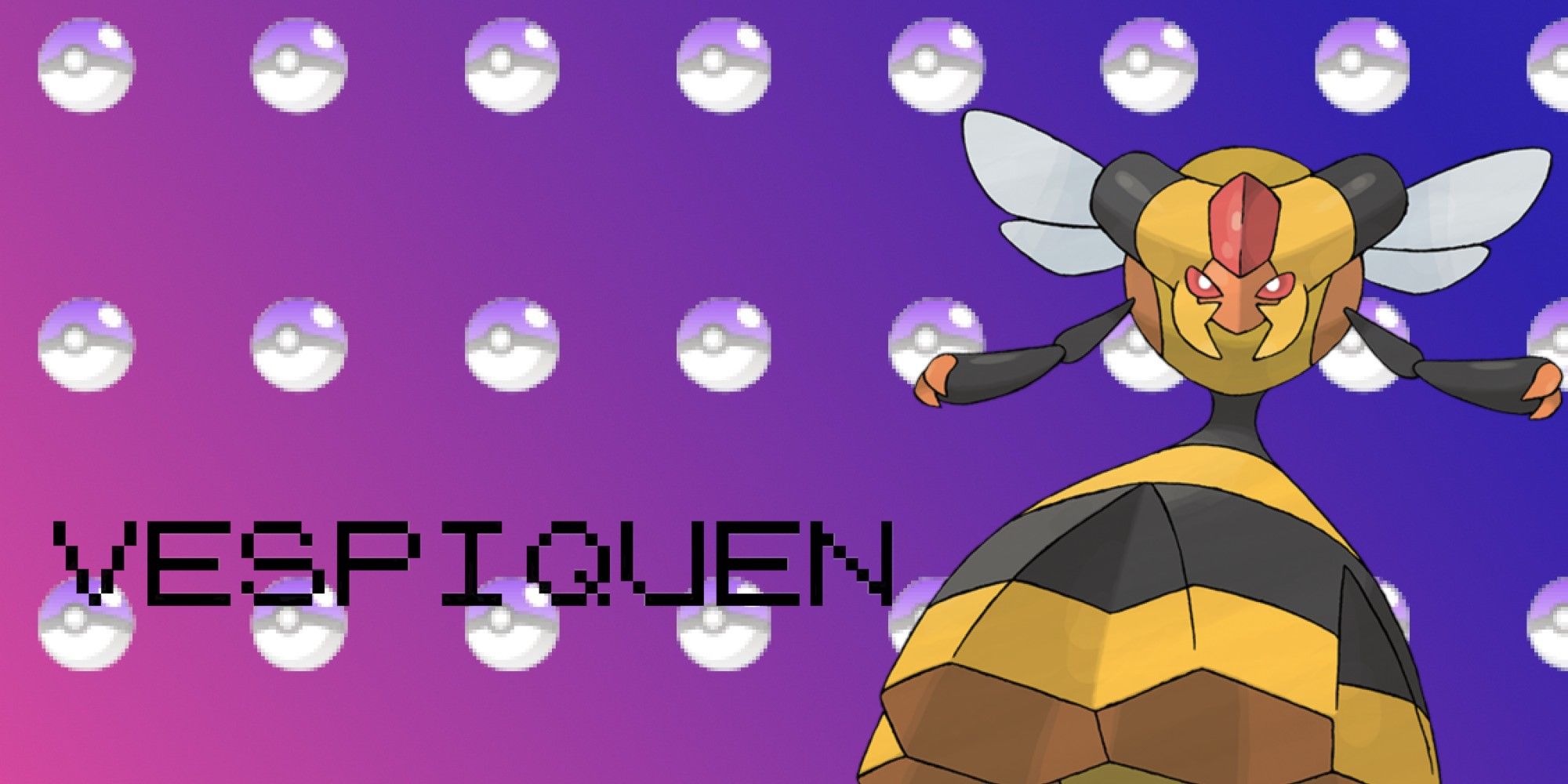 Vespiquen seemed like a high-flyer in the first two episodes. She knows her body and managed to direct a somewhat passable performance in the acting challenge – a queen bee knows how to take charge, after all.

However, the judges read her week after week for her repetitive Sinistean Dior silhouette and she lands in the bottom on the third week because of it. She put up a good fight in the lipsync to Let's Get Exploud by Jennifer Lopunnez.

This is a competition for queens, right? Just hand me the cheque, it's mine. 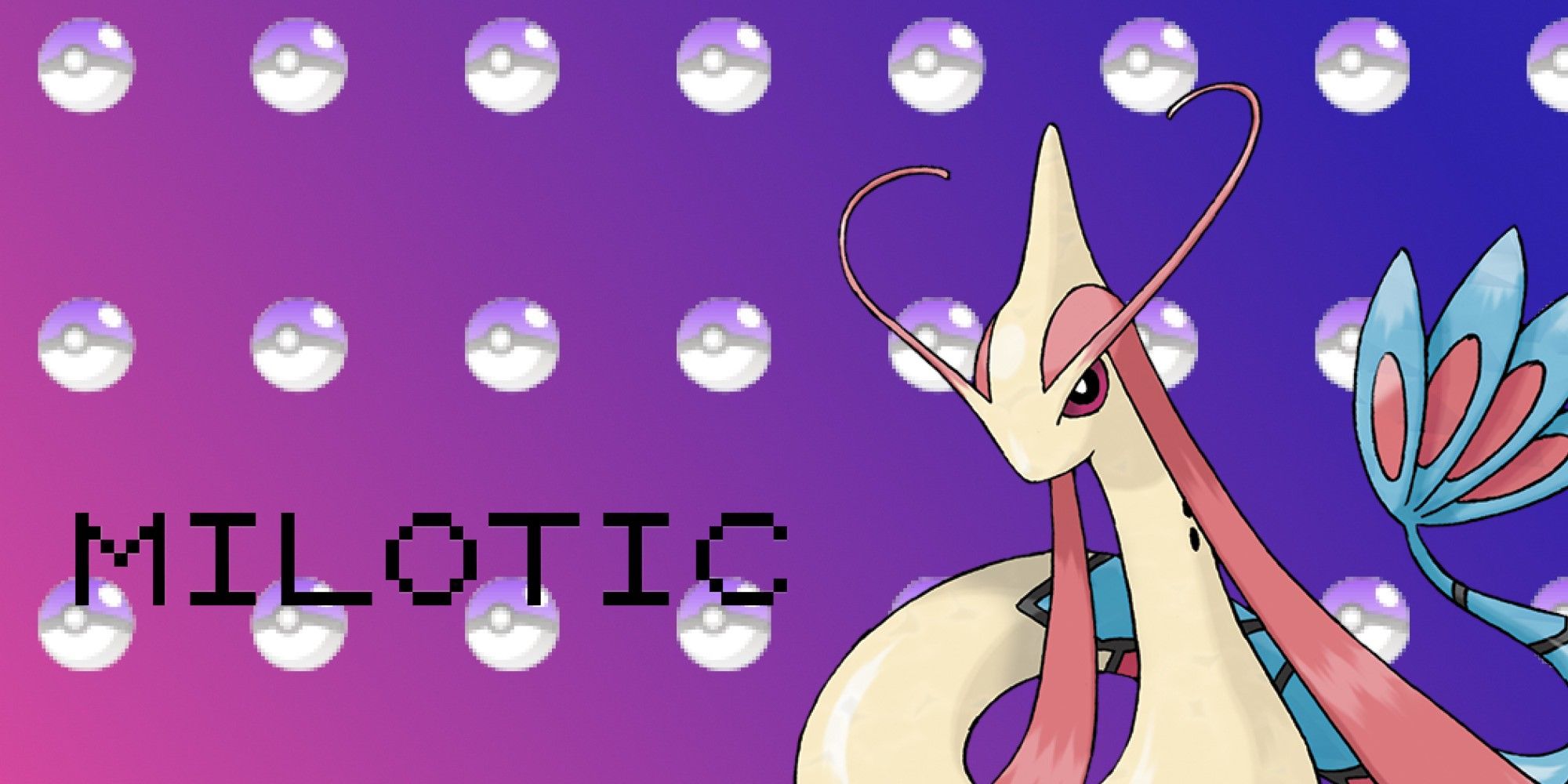 After accusations of Surfing through the competition and relying on her beauty, Milotic eventually won the singing challenge in episode three. Determined to keep her momentum going, Milotic made a grand announcement that she was going to win Snatch Game, and she took a risk to do so.

Unfortunately, floundering about as the most gorgeous (but unfunny) Professor Oak cost Milotic her winning streak and no amount of beauty can help when you have to give a comedic performance to Malamarbo No. 1. It proved the most controversial elimination of the season, with Milotic not even leaving a lipstick message.

I didn't spend 25 years as a Feebas to be disrespected like this! 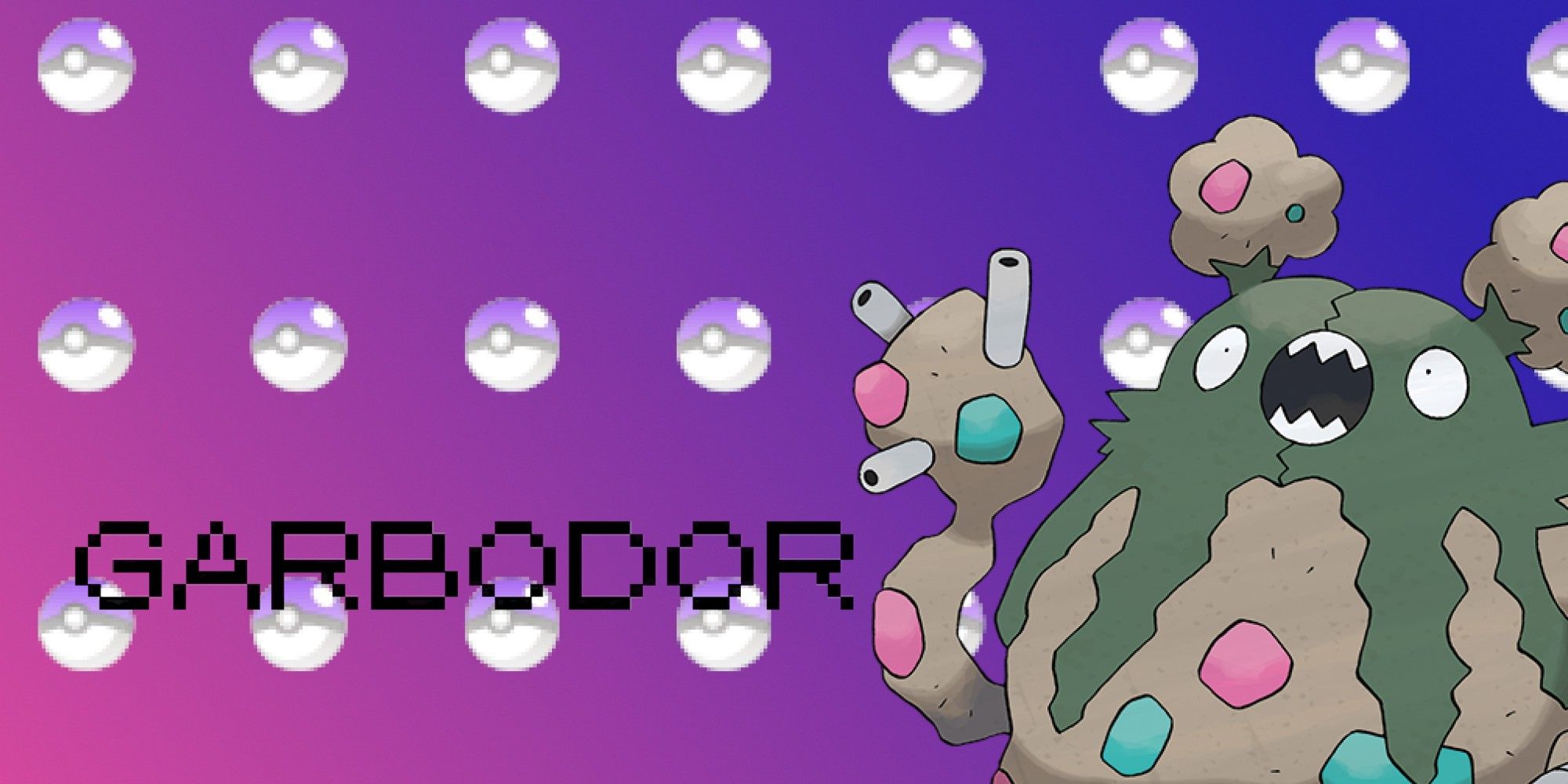 The self-titled "Big Girl" of the season was never short of charisma and made a strong impression the very first time she stepped into the werkroom. Garbodor loved nothing more than a verbal spar with her castmates, something that earned her an easy win in the reading challenge.

However, her predilection for being a bit Toxic meant that she got a bit tiresome for some of the queens, especially during the stressful Poke Ball episode. When asked who should be in the bottom, every queen nominated Garbodor. The wind taken out of her sails, a low-energy lipsync to Venusaur by Bananadrampa sent her packing.

These other girls are garbage, and I know my garbage. 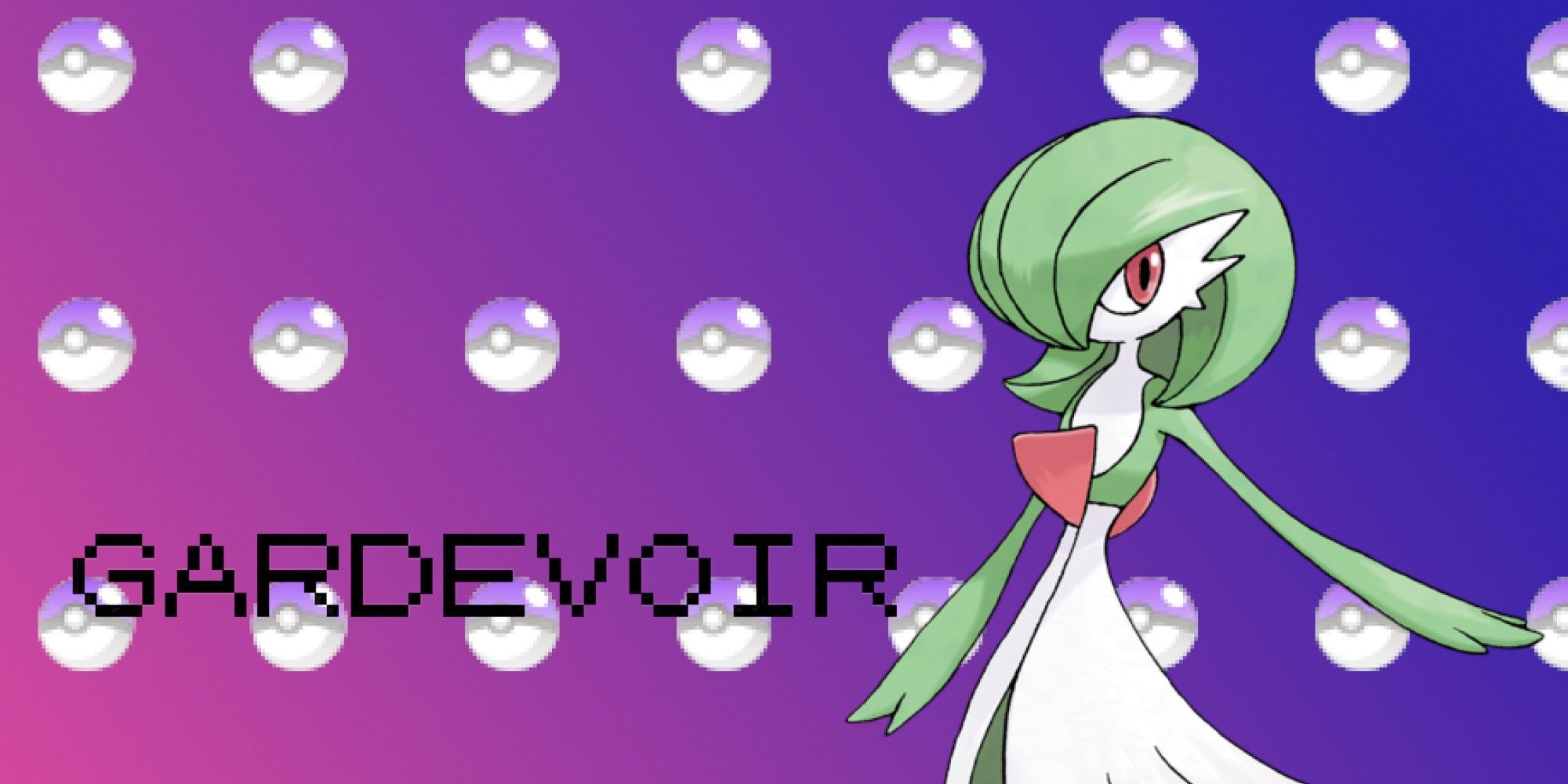 Gardevoir was the favorite to win from the cast announcement alone. She's popular on all the social media sites, her followers are rabid, and she backs it up with stunning performances of her Psychic abilities. She was the one to beat.

Nobody did terribly in the makeover challenge, where the queens were asked to put five Eevee into Eeveelution drag. Garvevoir painted her partner in green makeup and seemed to call it a day, and the judges read her for "making her an ugly Leafeon." Into Mew by Altariana Granbull was the death knell that sent Gardevoir home, and she's probably still bitter about it. 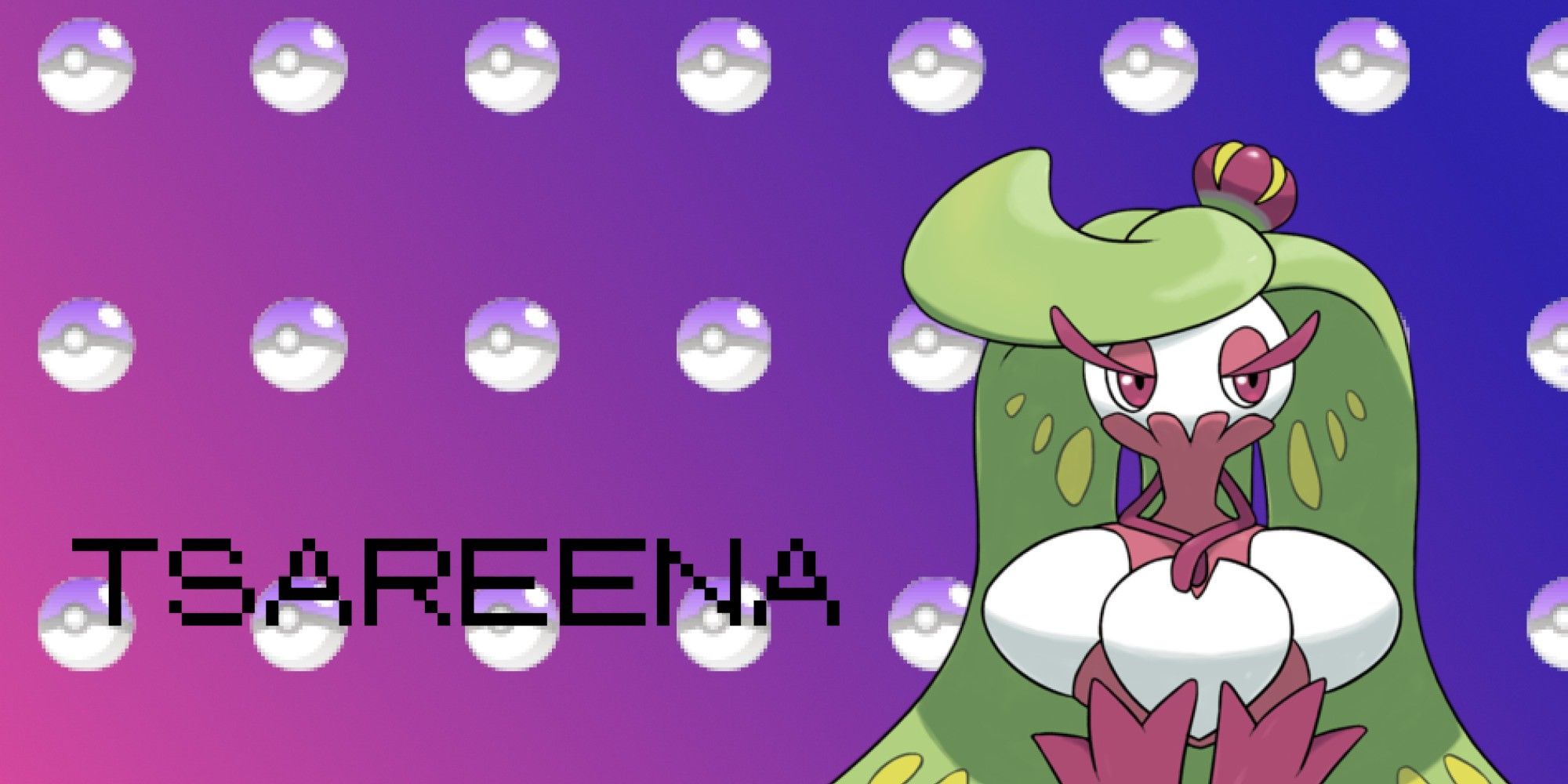 If there ever was a Pokemon made for the runway, it's Tsareena – she Stomps down that catwalk like nobody's business. As a queen, she has the whole package – the look, the talent, the fashion, the attitude.

The penultimate episode proves to be her undoing, though. The challenge is, as ever, to write a verse for one of RuPaul's songs and then perform it on the main stage for the judges. Tsareena wrote a funny verse to Panchampion and strutted her stuff, but the fact that the judges couldn't see her mouth is a sticking point. After giving what they called an "unconvincing performance," Tsareena ends up storming off the stage before she can even be put in the bottom.

These boots are custom, darling. You couldn't buy them with all the Pokedollars in the world. 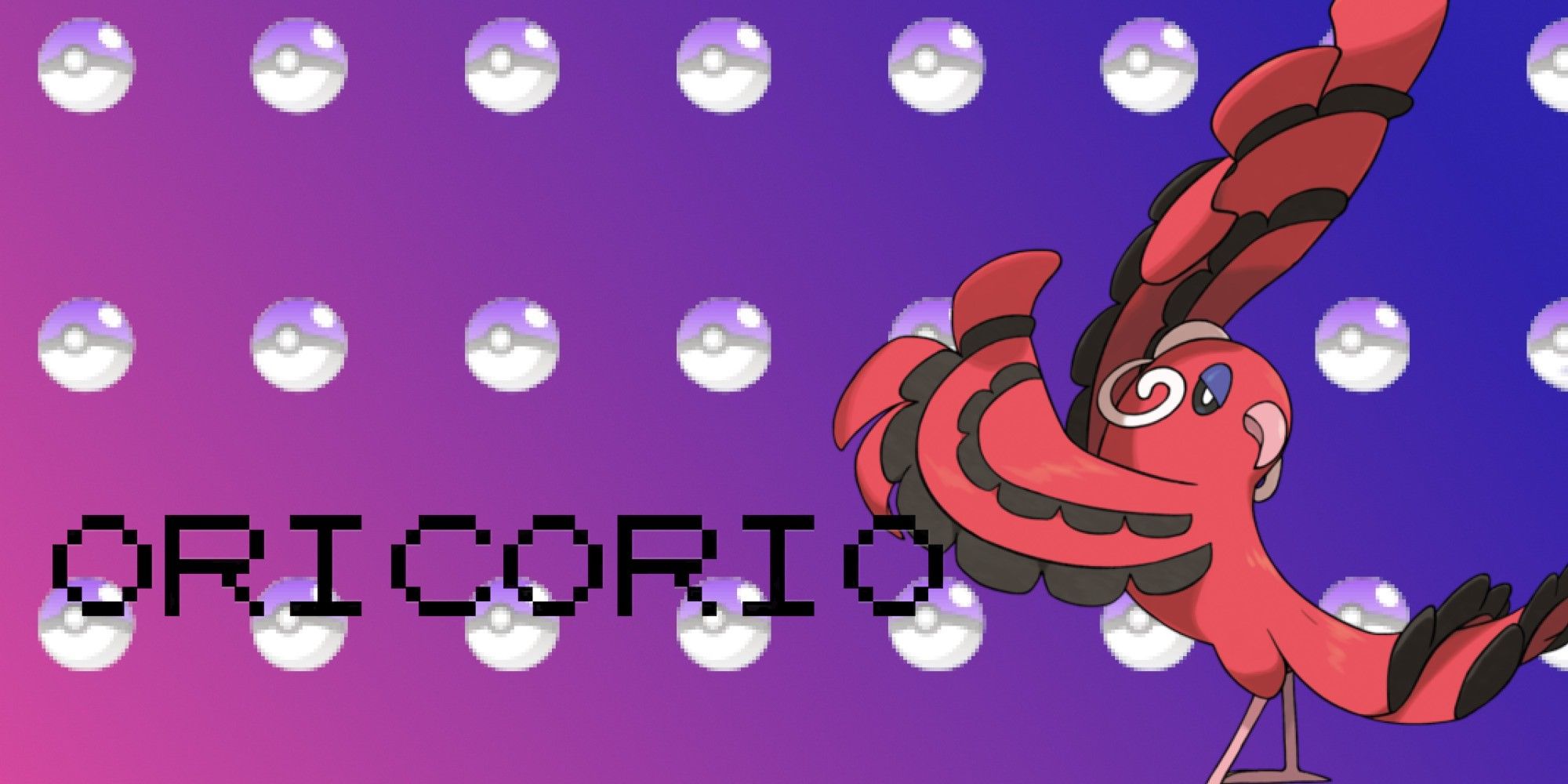 If you're looking for a compelling character arc, look no further than Oricorio. While she introduced herself as "primarily a dancer," she exhibited an extensive skill set that she pushed to the limits over the course of the competition, and her place in the top three is her just reward.

Her uncanny ability to change up her entire look at the drop of a hat wowed the judges every single week, and they were not shy about their excitement to see her turn that corner. While she had a limited palette of red, yellow, pink, and purple in her outfits, Oricorio brought it every time.

Five, six, five, six, seven, eight. I say it before every runway – this show is my biggest performance yet. 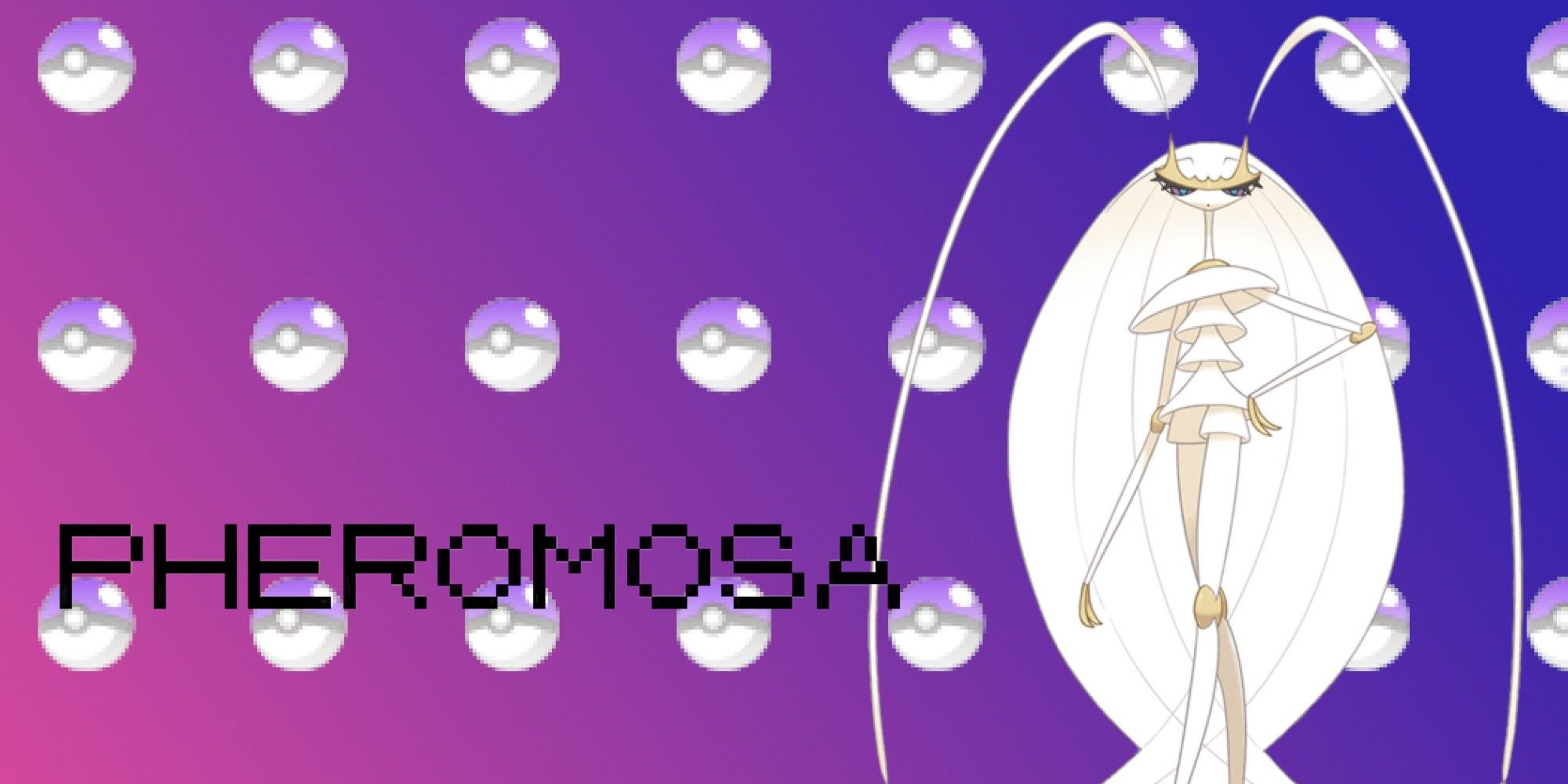 Every season of Drag Race has the fashion girl, and in this season it was Pheromosa. From the moment she stepped into the werkroom for the first time, the other queens were hushed into silence. This six-foot beauty ended up in the bottom a few times, but she came out of those lipsyncs a true assassin and more powerful for the experience.

Of the top three, Pheromosa is certainly the most composed, and she's a heavy favorite heading into the finalé. She might bug some of the fanbase, but she's fought hard for the crown and doesn't seem likely to give it up.

No one could ever feel as good as I look. 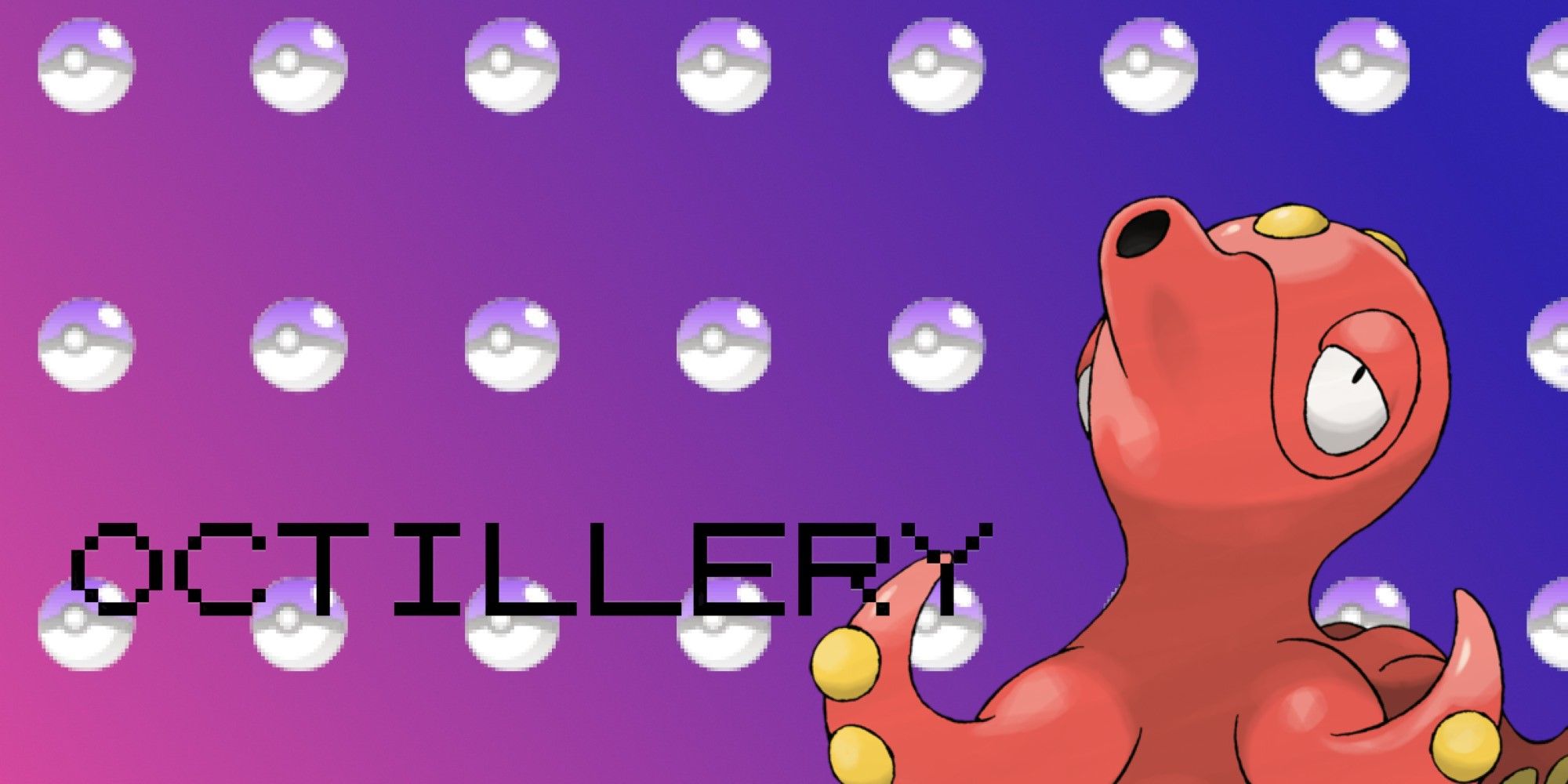 Octillery flew under the radar for the first few episodes of this season, sometimes literally thanks to her diminutive size. It was only around the halfway mark that she really stepped up, showing that she had a tentacle in every pie and could do it all. Singing, comedy, sewing – she's a one Pokemon show in and of herself.

After demolishing the Snatch Game, Octillery pushed forward with a momentum unseen before and became extremely sure of herself. She had her Moody moments, for sure, but she has a Lock-On for the crown.

I have more talent in my little finger than these other queens have in their entire bodies. And that's saying something; I don't have a little finger.

But who will win the crown? Who will win miss congeniality? Who will release a disappointing pop single? You'll have to tune in to the finalé to find out!