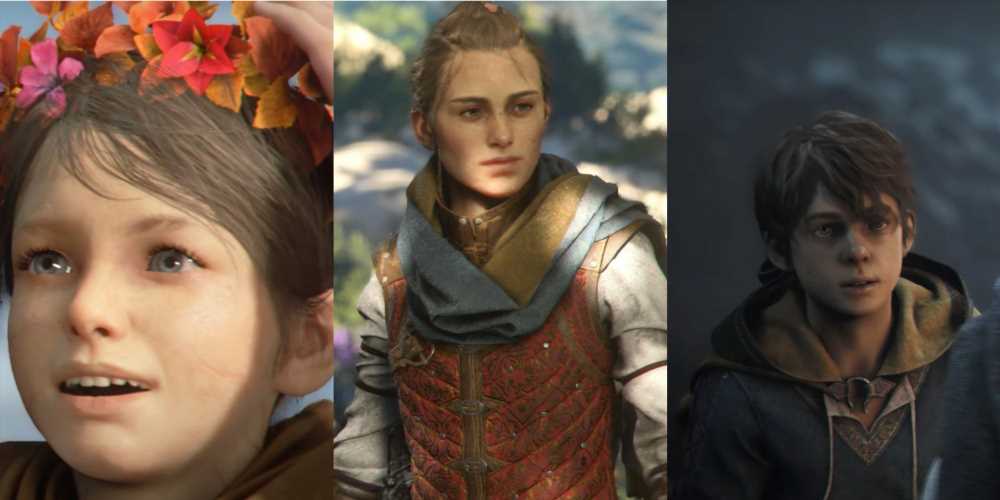 Just like its predecessor, A Plague Tale: Requiem’s story is rich with detail. Following Amicia and Hugo and their band of companions can lead to diverging plotlines you least expected. Taking place directly after the first game, the sequel references the previous game while still looking toward the future.

With so much detail, it’s easy to miss certain plotlines or aspects of the story, or completely forget encounters that happened earlier in your game. And with so much context, it’s important to read between the lines and take note of all the information along the way.

10/10 Tonin And The Beekeepers 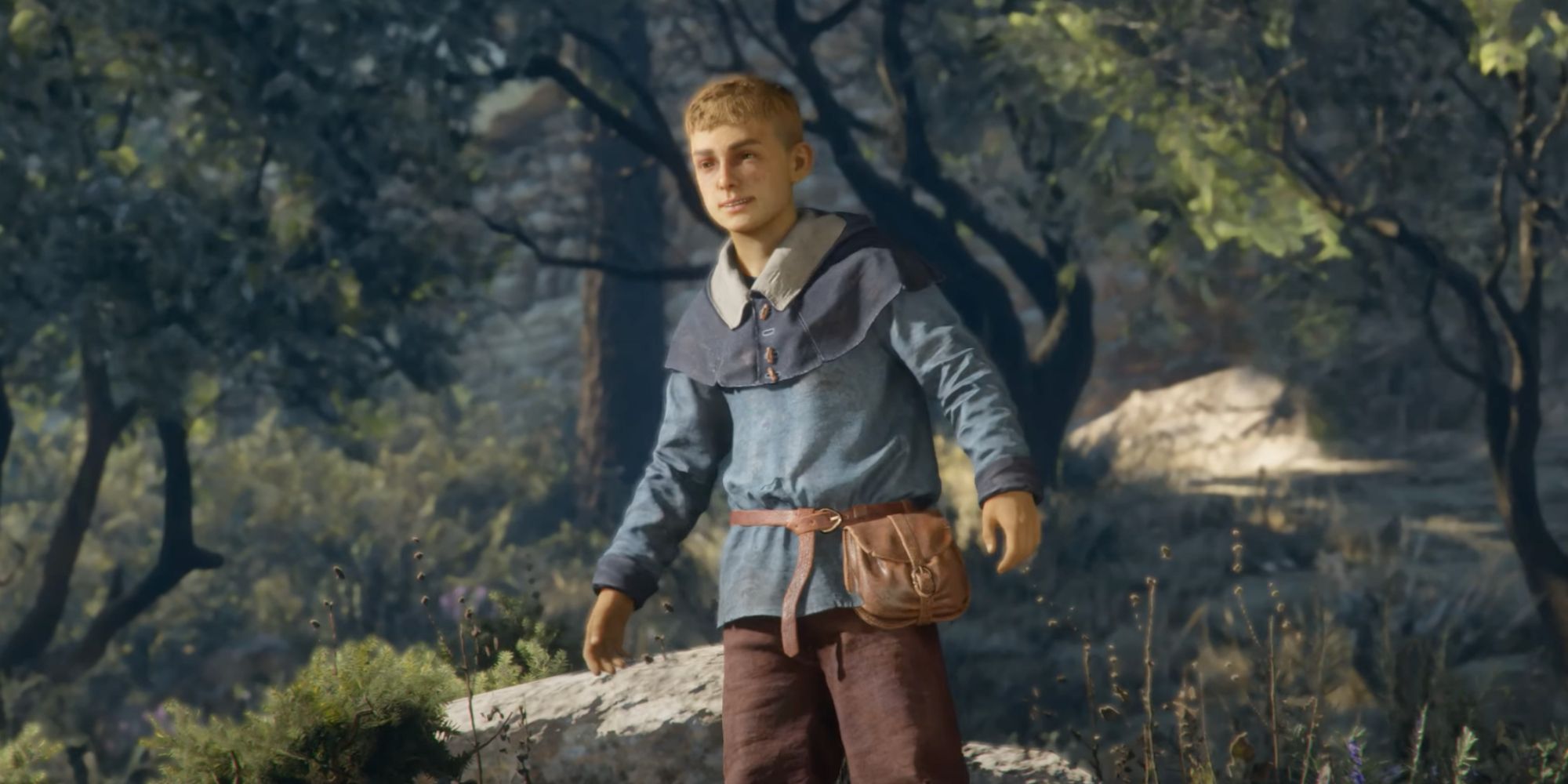 Just before you run into an enemy camp, you meet a child named Tonin who isn’t much older than Hugo. He emerges from the wooded area once he hears the game you’re playing, and asks to participate. Hugo is quickly drawn to him, and Tonin seems to enjoy playing with the siblings. But, he suddenly appears apprehensive and runs off.

It turns out that Tonin is a part of the beekeeper group, and is likely the son of the group’s leader. It’s mentioned that Tonin had abandoned his duty to keep watch over the camp, and his brothers mention that he was his father’s mistake.

9/10 Honoring The Dead In The Arena 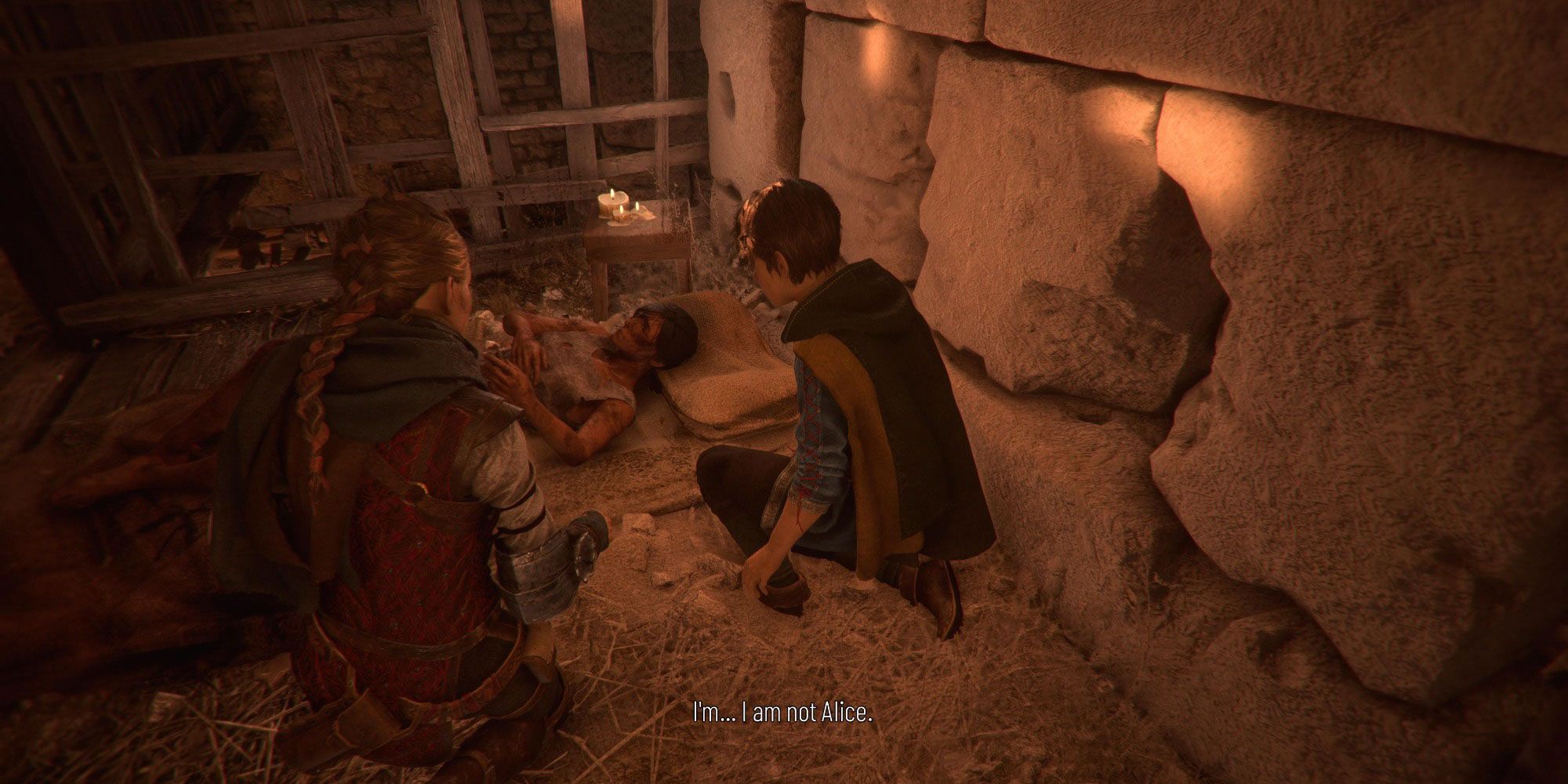 While traversing the arena, Amicia and Lucas will stumble upon hundreds of bodies afflicted by the plague. Lucas struggles walking through the area as you pass by deceased families and other residents.

In a higher portion of one of the buildings, you can find a dying woman laying on a cot. Confused in her anguish, she mistakes Amicia for a girl named Alice and tells her to take care of herself. Amicia tells her she will and wishes her peace as she passes.

8/10 A Grave In The Herbalist’s Forest 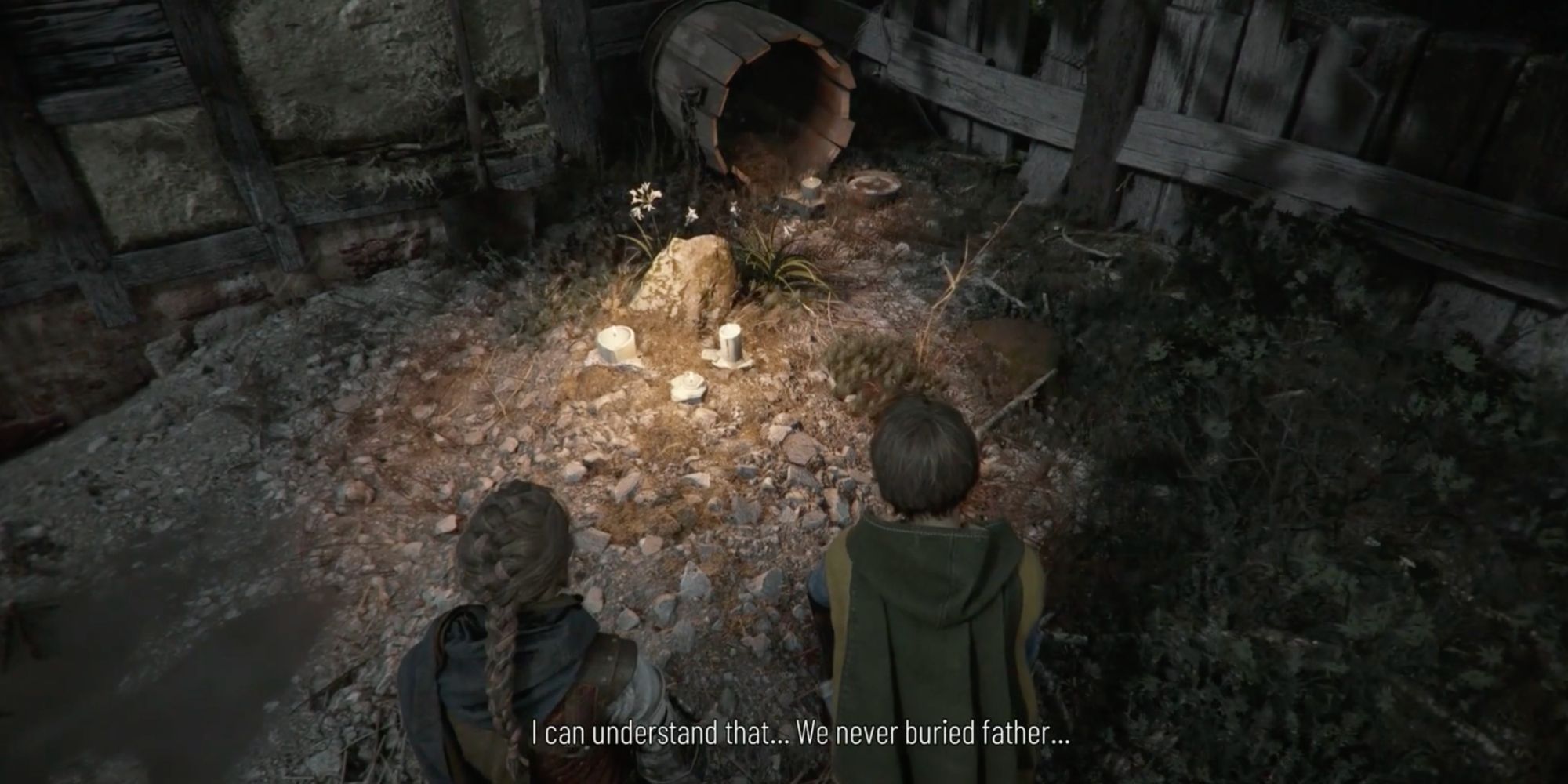 As Lucas and Amicia search for Nightshade, they explore the herbalist’s forest and home. Hidden behind a locked gate, the pair will find a grave of a deceased family member.

Here, Amicia acknowledges her father’s death and how she was never able to bury him. She seems to admire the grave as she remembers her beloved father and the swiftness of his death. Lucas then reassures her that her father is at peace and is still at their home in Guyenne, which seems to comfort her. 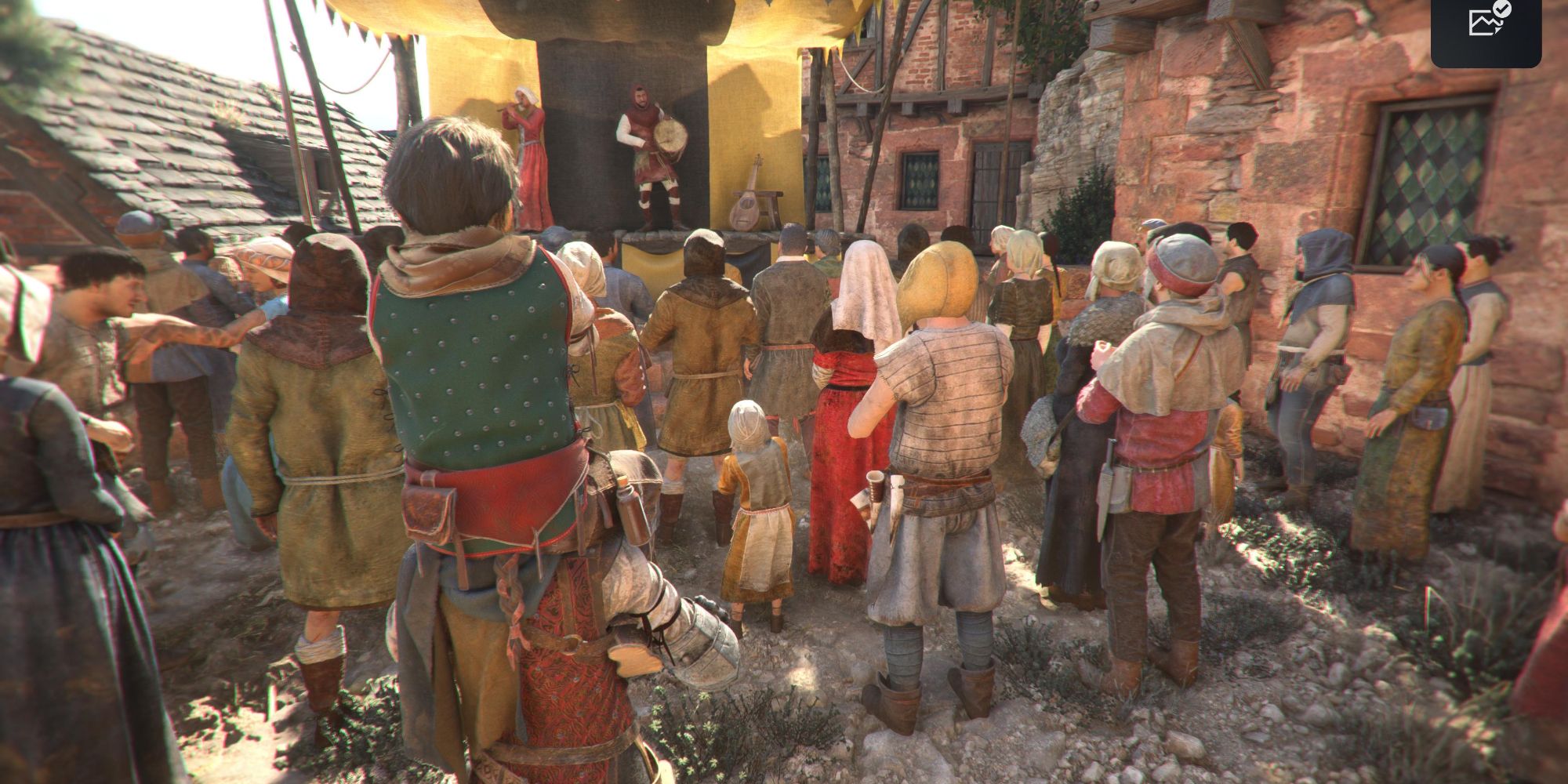 One of the first souvenirs you can acquire is in the Red City. Amicia and Hugo can approach a stand and play a game in which Amicia throws pots at blocks. Hugo is immediately intrigued by the game, and references the “fair back home.”

This is a quick reference to chapter 17 in A Plague Tale: Innocence, in which Hugo and Amicia stumble upon a fair in Guyenne. Though they aren’t truly able to enjoy it, it’s still a memorable moment for Hugo. 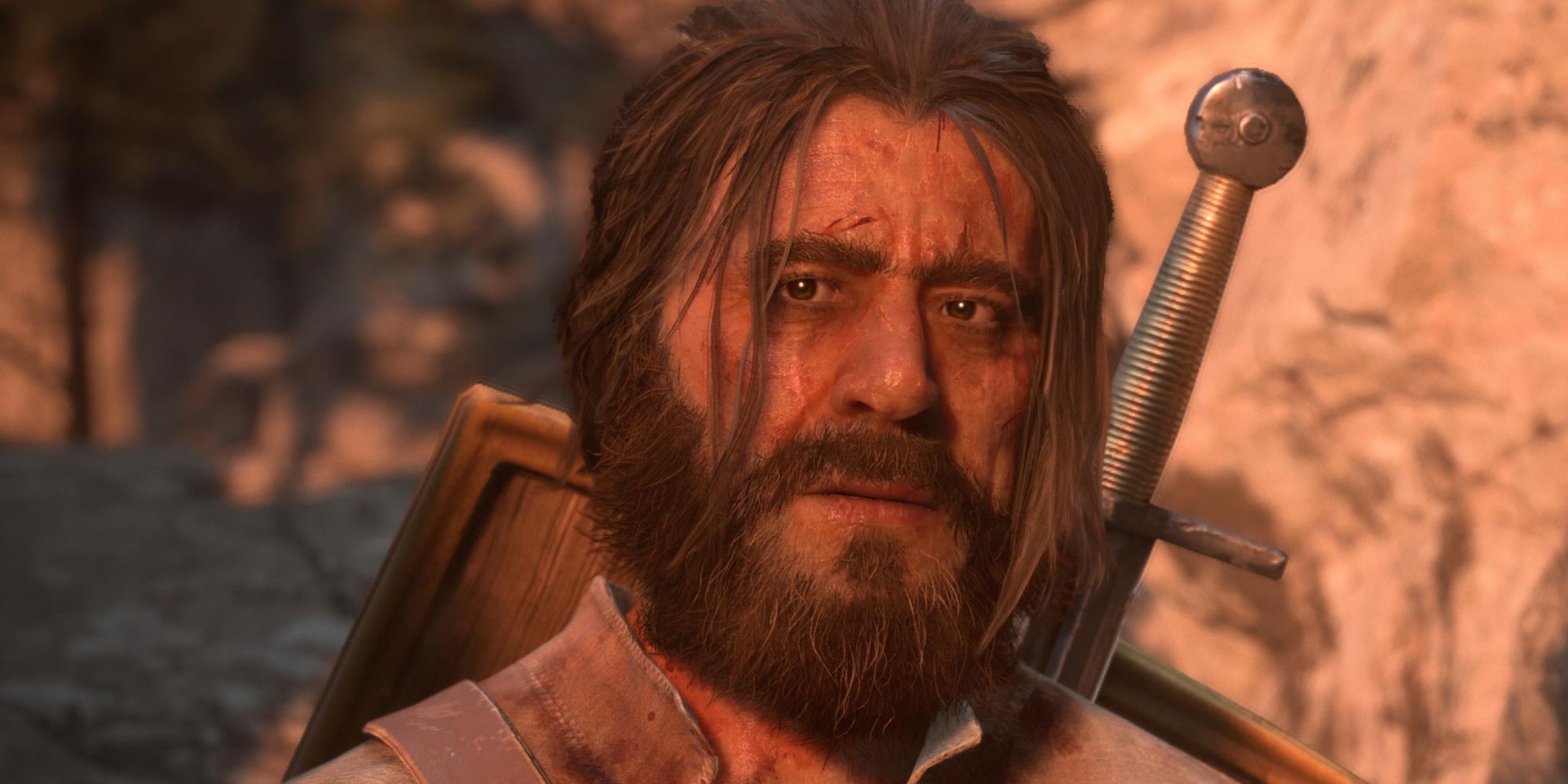 Arnaud’s disdain for Count Victor is evident once you learn of his deal with Hugo, and he’s willing to take extreme risks just to kill the Count. Arnaud is quickly imprisoned, and isn’t seen again until the group leaves the island.

It’s mentioned that Count Victor may have damaged Arnaud’s shield in a previous battle, but there seems to be something deeper brewing here. While in combat, Victor mentions Arnaud’s son who died. Arnaud angrily tells Victor not to speak of him, and implies that the Count killed his son. It’s a quote you’ll only notice if you’re paying special attention to the dialogue occurring in the background.

5/10 Amicia Grieves In A Hidden Room 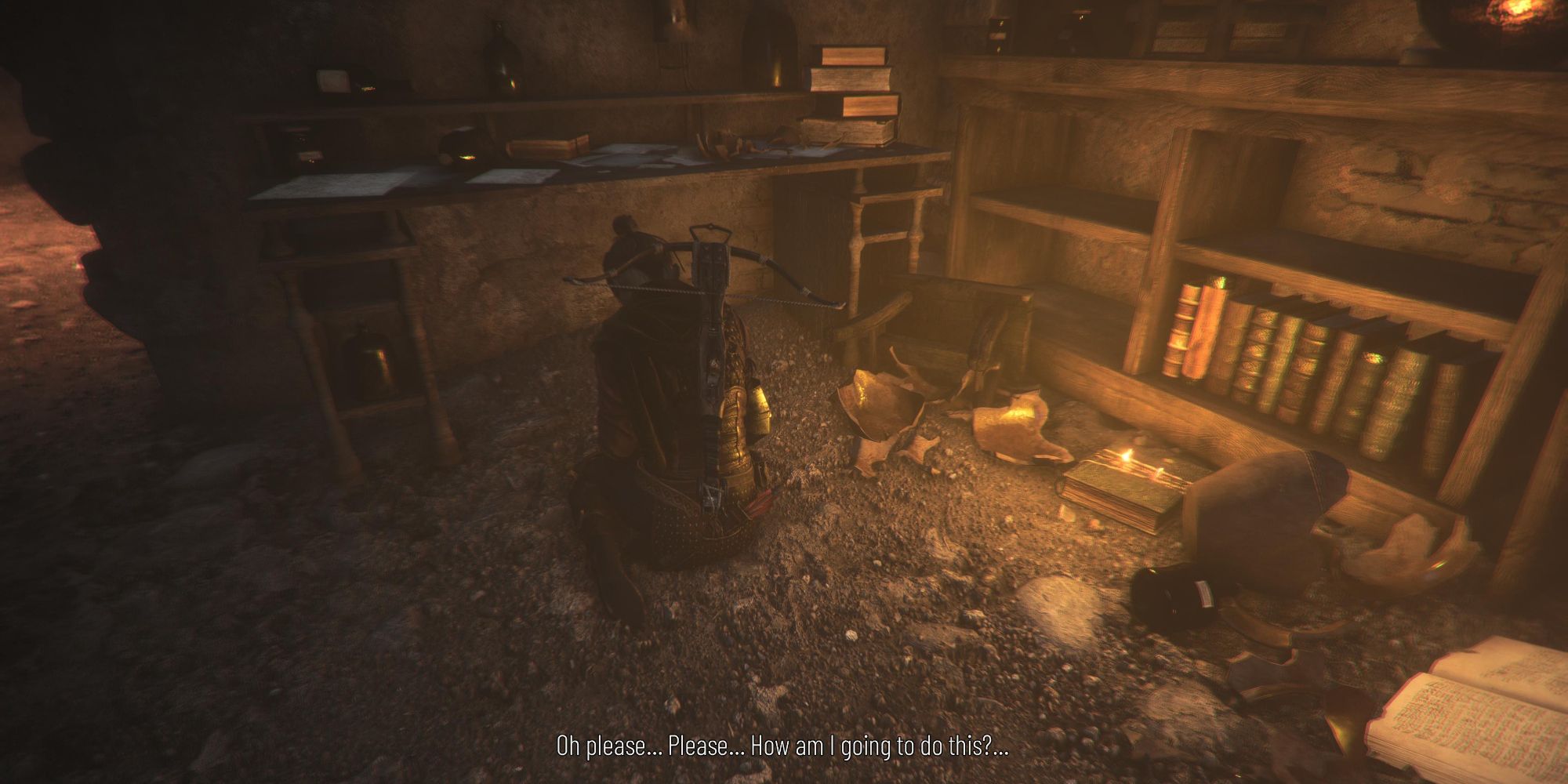 The room in chapter 13 is easy to miss as it’s hidden behind a rolling armoire. The room is lit by candles and has papers strewn about. Due to the room being lit, it’s likely that the occupant of the room was there recently.

Here, a souvenir is available, as Amicia will drop to her knees, weeping and praying for guidance. She finally allows herself to process the emotional weight of her situation, and acknowledges that she isn’t the impenetrable force she appears to be. 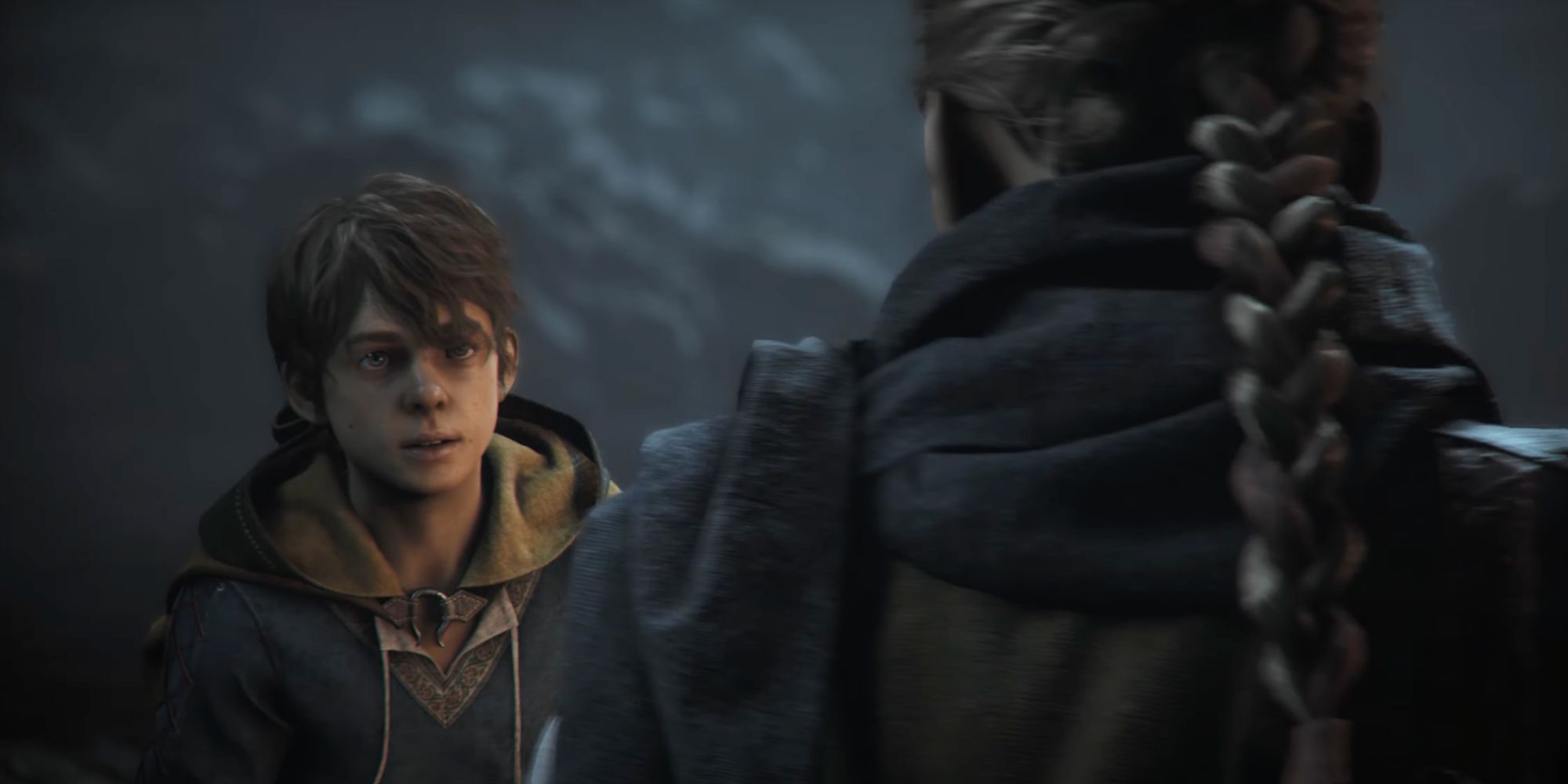 It’s not too often when a location outside of Europe or the general vicinity of France is mentioned. While travelling to The Order’s fishing boat, Lucas and Amicia can stumble upon genuine silk, something they’re not accustomed to seeing.

They mention that the silk is probably from China, and they wonder if the plague has spread to Asia. Of course, they never find out about what’s happening in China, but it’s a cool anecdote nonetheless. 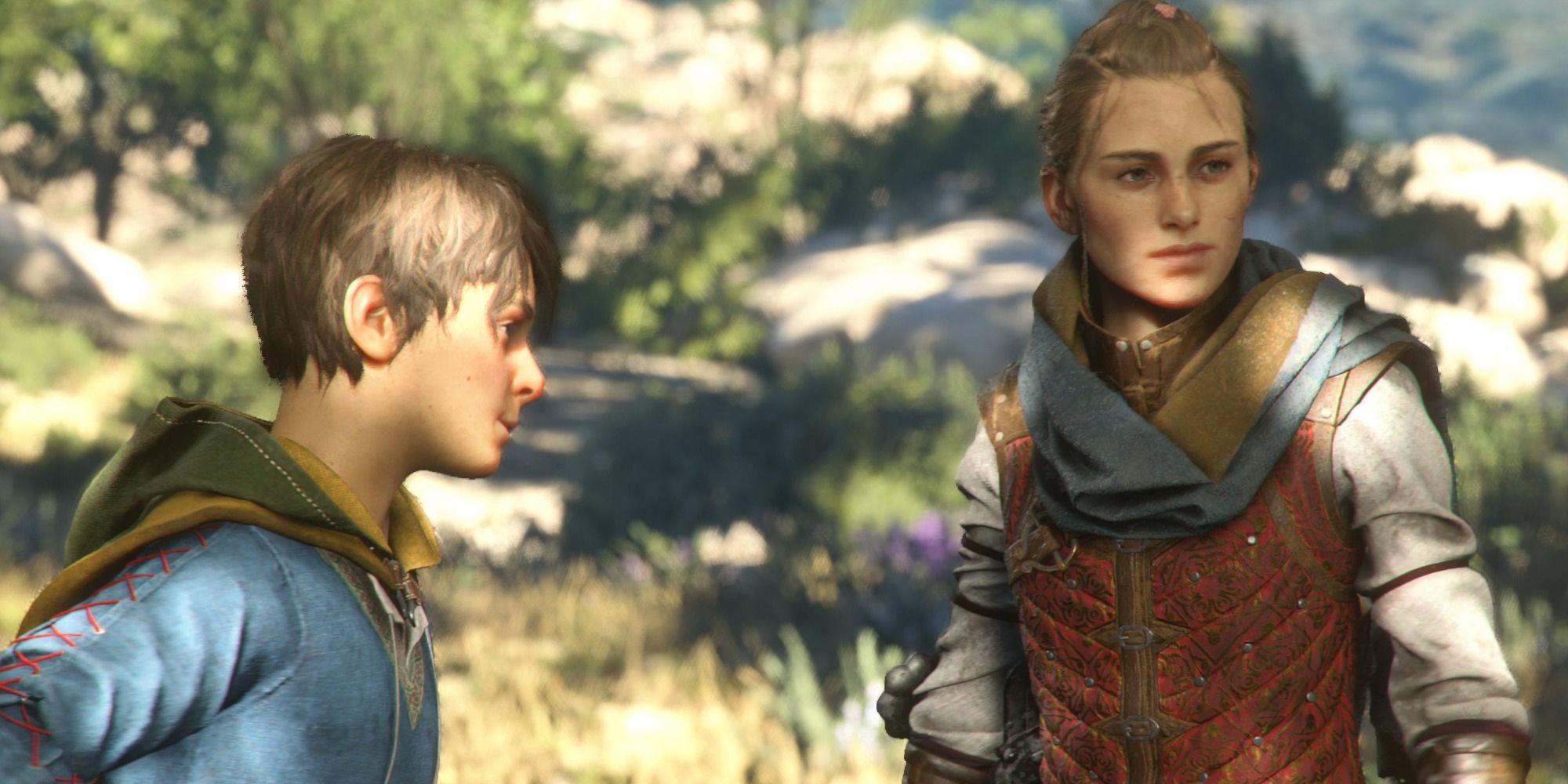 Lucas is an anchor for the de Rune family. He’s the most level-headed of the bunch, and will always try to reason with Amicia when she’s acting strangely, or comfort her when she’s distressed.

Unsurprisingly, Amicia is feeling guilty for travelling to the Red City and possibly spreading the plague. Lucas explains that the plague is no one’s fault, and that they’re each only a grain of sand in the Macula’s wake. 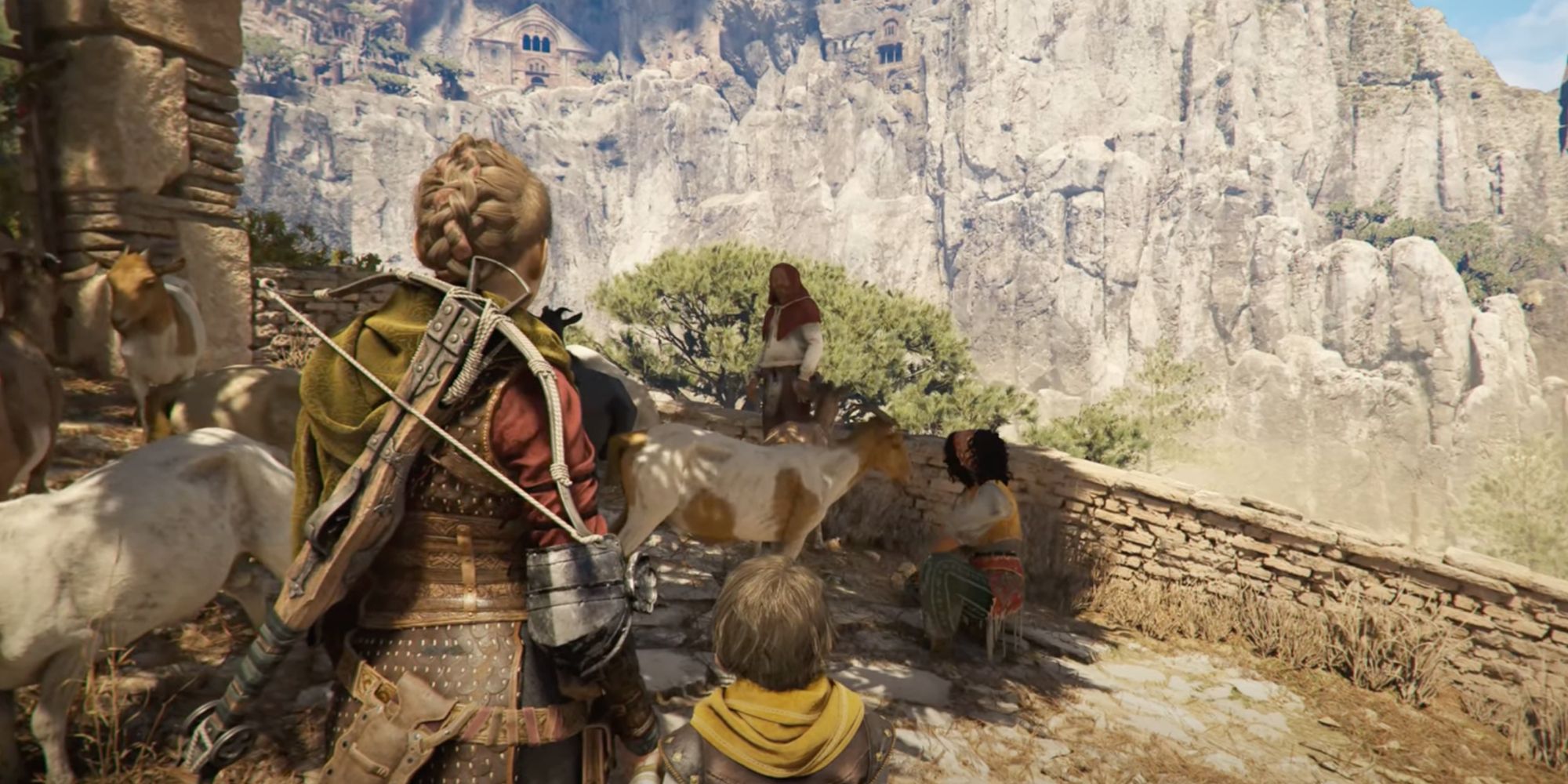 When you first encounter goats in La Cuna, Hugo is eager to approach them. He'll extend his arm to touch one, and the goat will scream at Hugo, scaring him. From this moment onward, Hugo has a newfound fear of goats and wants to avoid them.

Later, a goat farmer will tell the group that his goat Tramontane is missing. You’ll find her in a roofless brick structure, and the only way in is by Hugo crawling through a hole in the wall. Though apprehensive, Hugo faces his fear and unlocks the door. And this time, the goat allows him to pet her without screaming. 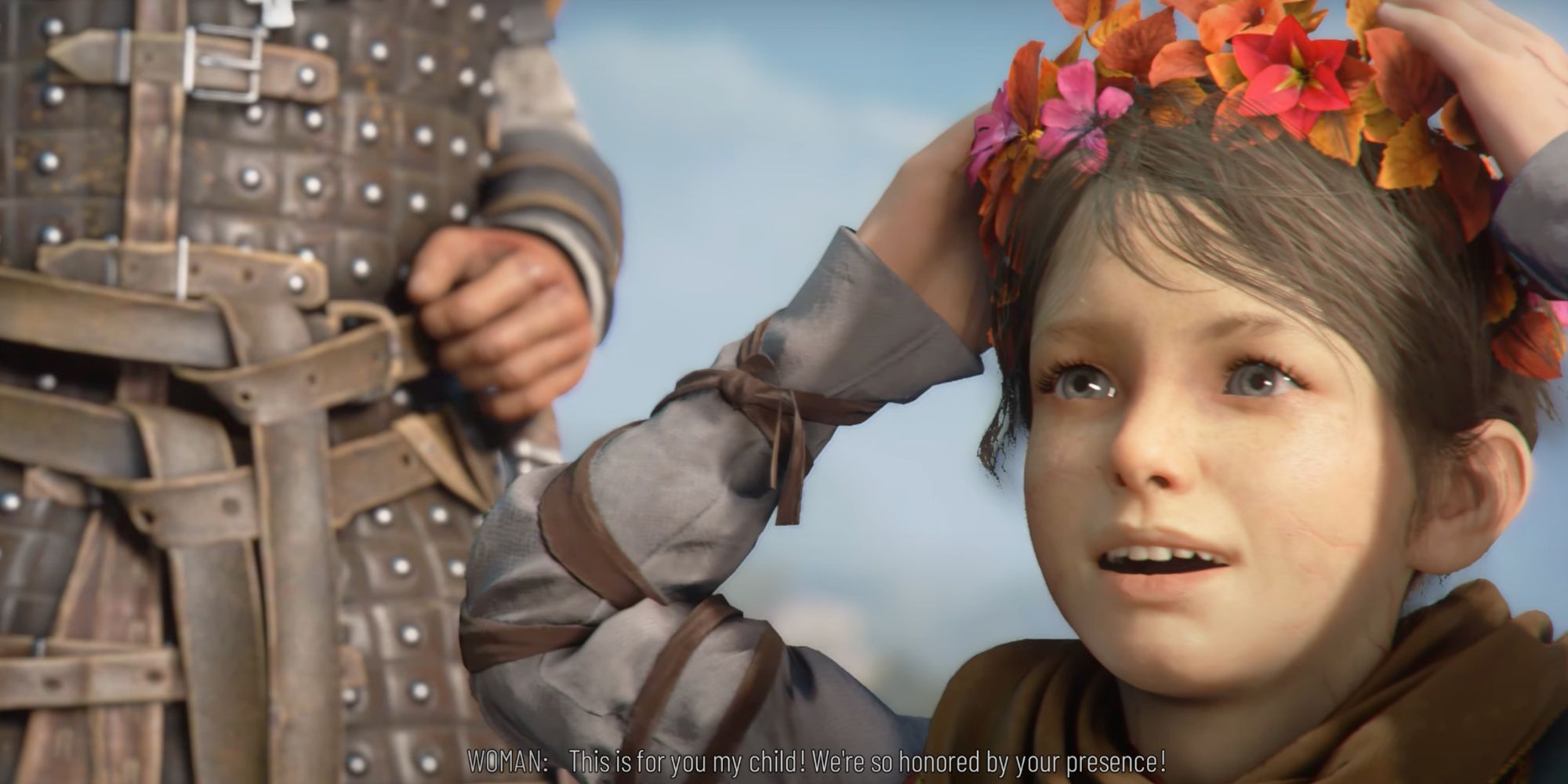 When you arrive at La Cuna, Hugo is given a flower crown to wear. It’s colorful just like the rest of the city, but something feels off. If you’ve seen Midsommar, you might’ve predicted that everything on La Cuna and the Child of Embers would go sour.

Flowery cults may look nice, but in stories like this, there’s always something hidden behind their smiling faces. Though the plots aren’t connected, it’s an interesting commonality between the two stories.