One of the biggest surprises of E3 2019 was the announcement that a direct sequel to The Legend of Zelda: Breath of the Wild is currently in development. While we don’t have a ton of information, we do have bits and pieces thanks to a short teaser trailer and our interview with series producer Eiji Aonuma.

With so much up in the air about the direction of the sequel and what the development team is going for, now is the perfect time to speculate and cross our fingers for what will be in the game. We don’t expect a Majora’s Mask-style formula change, but there are some features and tweaks we’d like to see.

Check out our thoughts below, and let us know what you’d like to see in the recently announced sequel. 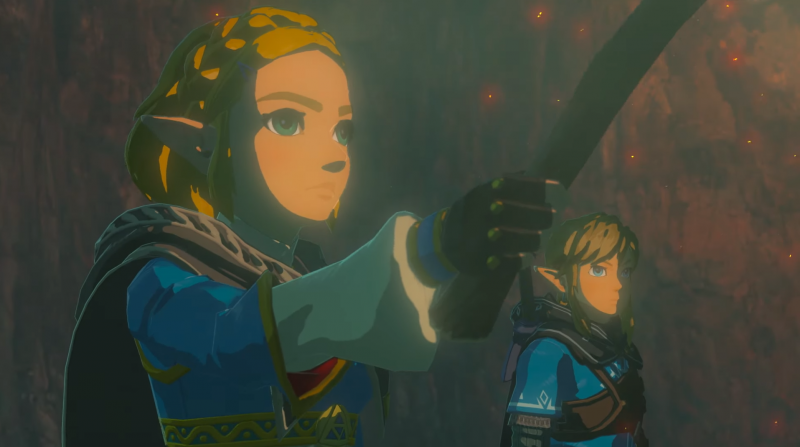 In the reveal trailer, we see Link and Zelda riding into the crypt together. This gives the story of the Breath of the Wild sequel an opportunity not afforded to the first game: the ability to have Zelda play a larger role. While having her along for the journey and helping Link the whole way would be awesome, we want the ability to play as her in addition to Link. We’d be happy to play as either Link or Zelda based on the mission requirements, but ultimately we want to swap between them at will. Maybe Link is better at close-range combat, while Zelda is a master archer? Give us a reason to bounce between the characters. With Nintendo trying to push the value of the Nintendo Switch Online service, maybe we could even get the opportunity to play cooperatively with friends. However, if Nintendo goes that route, we beg them to not base the gameplay mechanics around co-op at the cost of the single-player experience as we saw in games like Tri Force Heroes. 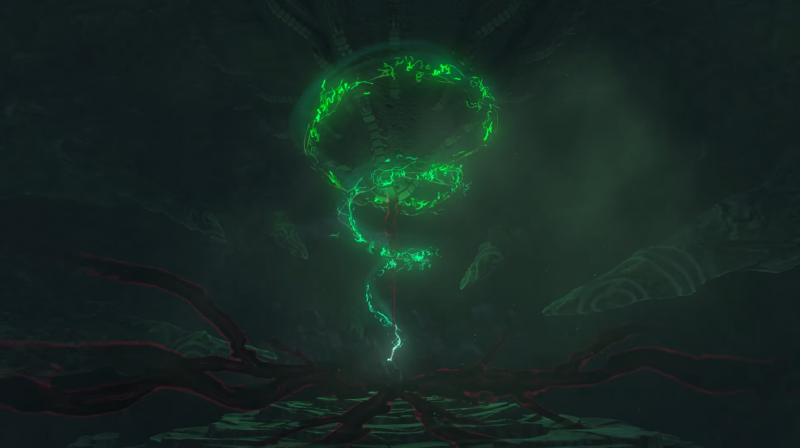 Approach The Soundtrack From A Different Angle

Breath of the Wild is a solitary adventure with a beautiful, fitting soundtrack that accentuates exploration. However, the sequel potentially looks to showcase a different kind of quest – one where Link isn’t alone or in the dark about his past. Link knows he’s the hero of Hyrule, and he may have Zelda along with him on this quest, which means it’s not the same kind of tale as the first game. While the sequel could be a much darker story, the moments of triumph should feel that way. Players should feel as though they’re on a grand adventure, and the music could reflect all of these feelings and moments. 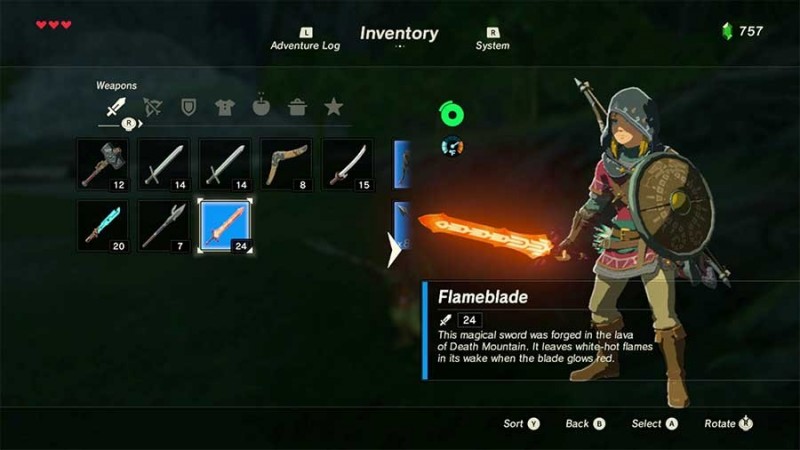 Alter The Approach To Weapons

One of the most divisive parts of Breath of the Wild is how it handles its weapon economy. Nintendo has said that it wanted to encourage players to experiment with new weapon types, which is why weapons break so quickly. However, that approach frustrated many players when expensive weapons you purchased or powerful ones you earned through shrine puzzles broke after use. It would be great if Nintendo could figure out a way to let players restore weapons, whether that’s through repairing them with resources, or by upping the durability of weapons you earn or purchase – it still hurts every time an Ancient weapon breaks in Breath of the Wild. Maybe Nintendo could come up with a new way to incentivize players to experiment with different weapons, like endowing them with unique abilities, augmentations, or secondary attacks. By fixing the weapons economy, Nintendo could assuage the complaints about rewards feeling less impactful, reduce the inventory glut and micromanagement, and make you feel better about buying the extremely expensive weapons in the game. 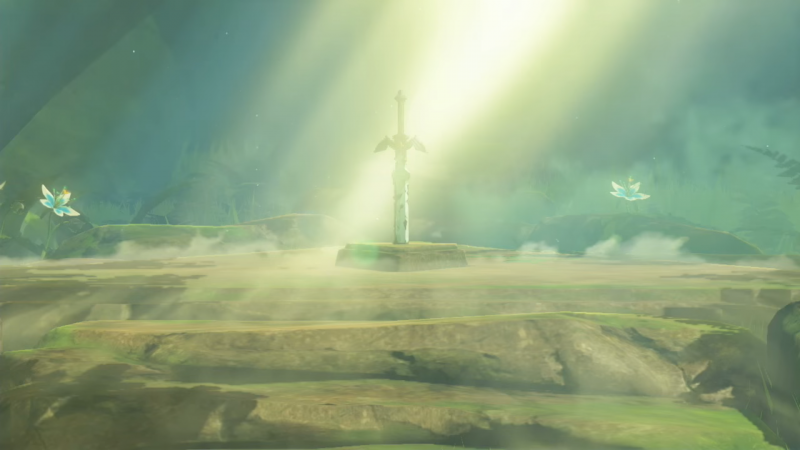 Restore Power To The Master Sword

Obtaining the Master Sword is one of the most memorable moments in Breath of the Wild (and pretty much any Zelda game, for that matter). However, Link’s iconic weapon isn’t as powerful as it should be in Breath of the Wild. In a game so focused on weapon scarcity and forcing players to experiment with weapons, it makes sense that you can’t just use the Master Sword as your one-stop shop for combat, but having it become depleted of energy so frequently feels… wrong. We want the Master Sword to return to the Blade of Evil’s Bane that players have used in Zelda games for decades. Maybe with the awakening of what we believe is Ganondorf in the reveal trailer, there’s a narrative excuse that it has also awakened the Master Sword’s power? However, that would leave Nintendo with the problem of convincing players to use other weapons once they obtain the Master Sword… 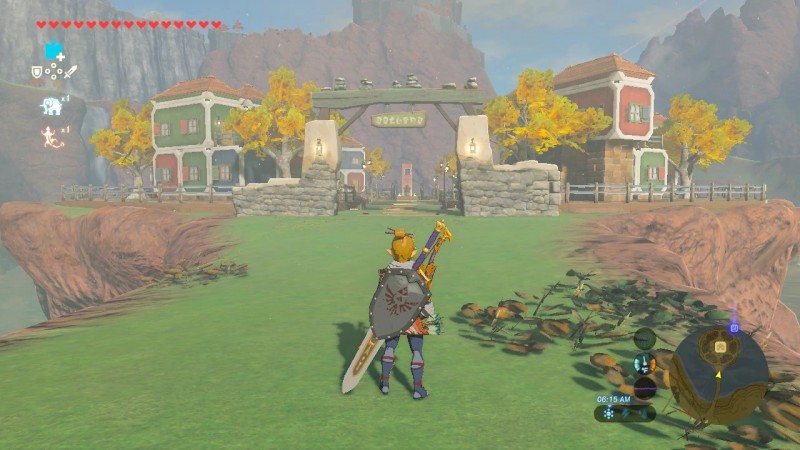 Breath of the Wild depicted a Hyrule in ruin, but time has presumably passed since the first entry. While cataclysmic events are sure to happen in the sequel (just look at the reveal trailer for evidence of that), it would be great to see the people of Hyrule working toward restoring the land to what it once was. Maybe even Link and Zelda can get involved, whether through town-building mechanics that go beyond what we saw in Tarrey Town, or completing side missions to recruit NPCs to rebuild Hyrule. Watching as towns and Hyrule as a whole slowly build back to their full glory as depicted in the beginning of Ocarina of Time would be satisfying. 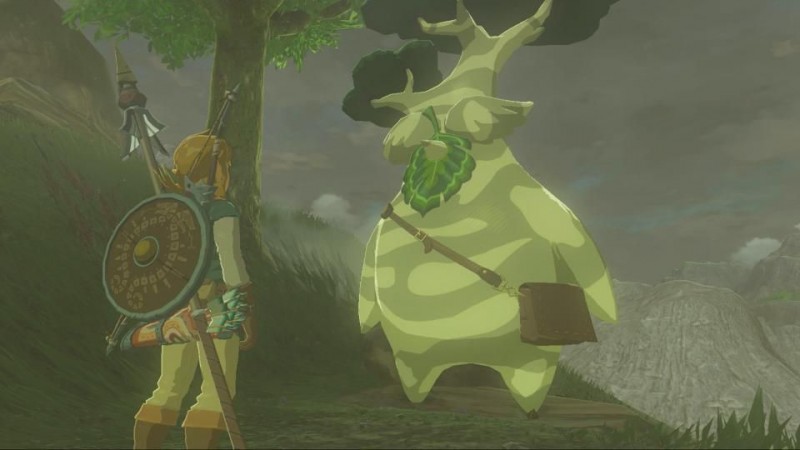 Give Us More Interesting Collectibles

You have a ton of things to pick up over your journey in Breath of the Wild, but most of them are consumables or weapons that break. The most prominent collectible is the Korok seed. With more than 900 seeds to collect, it took players hours upon hours to find them all, especially given the abstract nature of some of them. And, what were you given for completing that monumental task? Outside of a few extra inventory slots, you got a… golden poop. Not only do we want better rewards, but we want more awesome things to collect. We’d award bonus points if these collectibles point us toward exciting story moments, Easter eggs for longtime Legend of Zelda fans, or other meaningful rewards. 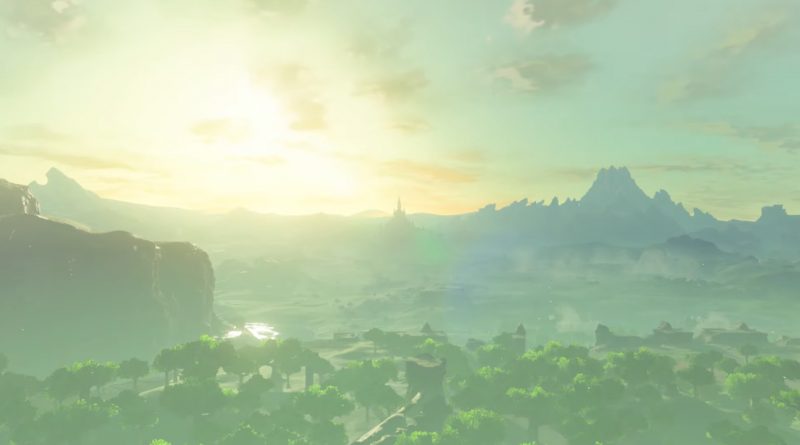 One of the best parts of Breath of the Wild was exploring Hyrule, scouring for every secret and finding each Easter egg along the way. Unfortunately for this sequel, so many players have already spent hundreds of hours in this Hyrule, exploring every corner and overturning every stone. In order to make another adventure in this version of Hyrule enticing, Nintendo needs to give players plenty of surprises to discover in the world. The reveal trailer already hints at Hyrule Castle lifting into the sky, but what else will be different about Hyrule? Will the teased return of Ganondorf bring about more change than just that? We hope to see widespread alterations that make Breath of the Wild’s Hyrule feel different enough to warrant more expeditions. 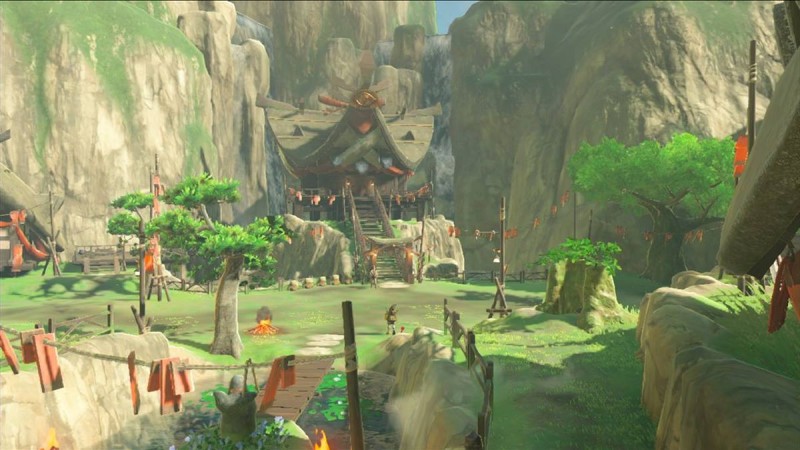 Bring The World To Life

With Breath of the Wild, Hyrule was given essentially a post-apocalyptic feel, with people scattered scarcely across the map. Unfortunately, whether you were in a town or exploring the wilderness, Hyrule didn’t feel quite as vibrant as it could have. Now that presumably some time has passed since the defeat of Calamity Ganon, the world should feel more alive. You should be able to interact with more people and find more than just an occasional person huddled around their designated post. By making the world feel more lived in, Nintendo could instill a sense of time passage and a Hyrule that truly feels distinct from the one players explored in Breath of the Wild. 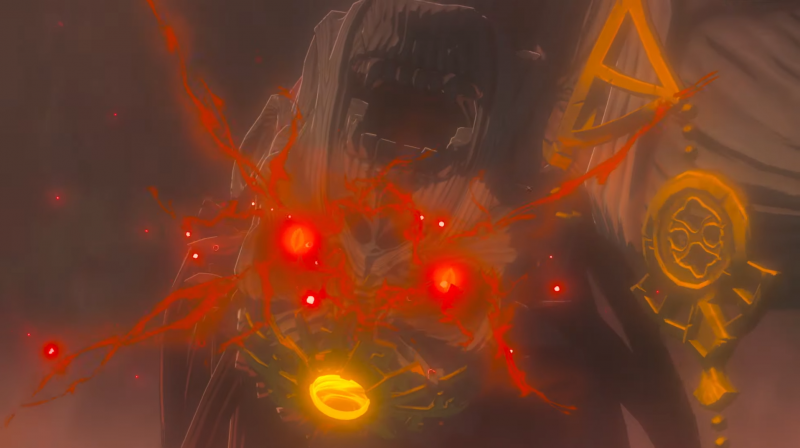 The reveal trailer hints strongly that Ganondorf is taking the spotlight in the next Zelda game, and fans are rightfully excited. The climactic battle against Calamity Ganon in Breath of the Wild was awesome, but outside of seeing him rage around Hyrule Castle while you’re on your journey, your interactions with him are limited. Sure, the boss battles in each of the Divine Beasts are technically Ganon, but part of what made Ganondorf so awesome in games like Ocarina of Time and The Wind Waker was how Link built up a relationship with him throughout the game. Each time the Gerudo King of Thieves popped up in those older games, the moment carried significance in the story, and it would be great to see the darker approach Nintendo is taking with this sequel feature the Demon King more prominently. 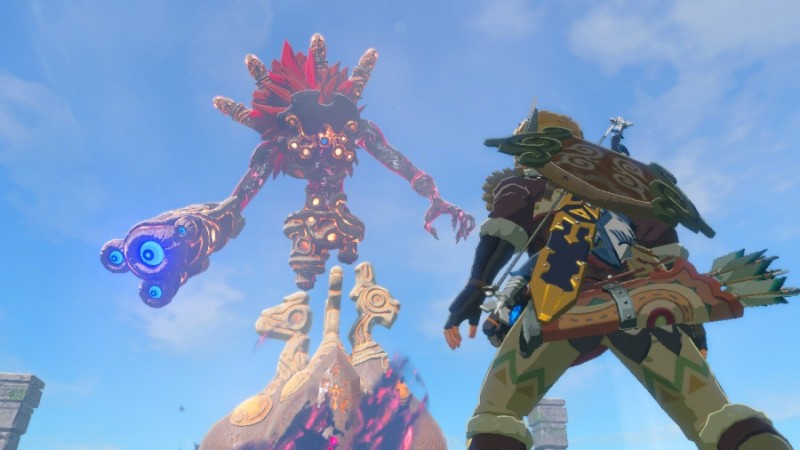 Discovering, accessing, and solving the various shrines was among the most fun activities you could do in Breath of the Wild, but the Divine Beasts left us wanting more. The designs of the Beasts themselves were great, and the concept of exploring a massive mechanical creature is cool, but we miss the traditional themed dungeons of the Zelda series. With Ganondorf supposedly back as the villain, now’s a perfect time for him to awaken some dungeons that have laid dormant since his last appearance, and with them, various big bosses for Link and Zelda to face off against. 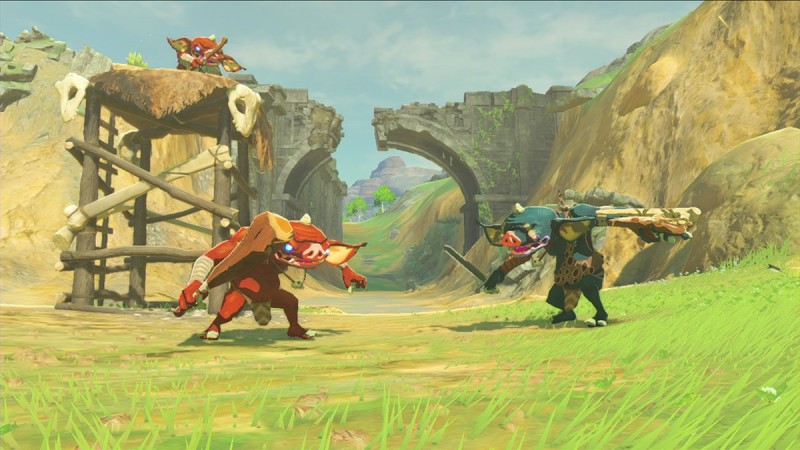 Taking out Bokoblin camps is good fun, and every Breath of the Wild player remembers at least a few deaths at the hooves of a Lynel, but with Ganondorf potentially returning, we’d love to see some other iconic creatures that were absent in Breath of the Wild make a comeback as well. The tone of the teaser trailer just begs for the return of the ReDead, the horrifying zombified characters that appeared in games like Ocarina of Time and The Wind Waker. However, seeing enemies like Dodongos would also be a great welcoming back to the Death Mountain region in the Breath of the Wild sequel. With Ganondorf’s hinted return, maybe Shadow Link, a physical manifestation of Ganondorf’s resentment, would also be a great pick of characters to return. 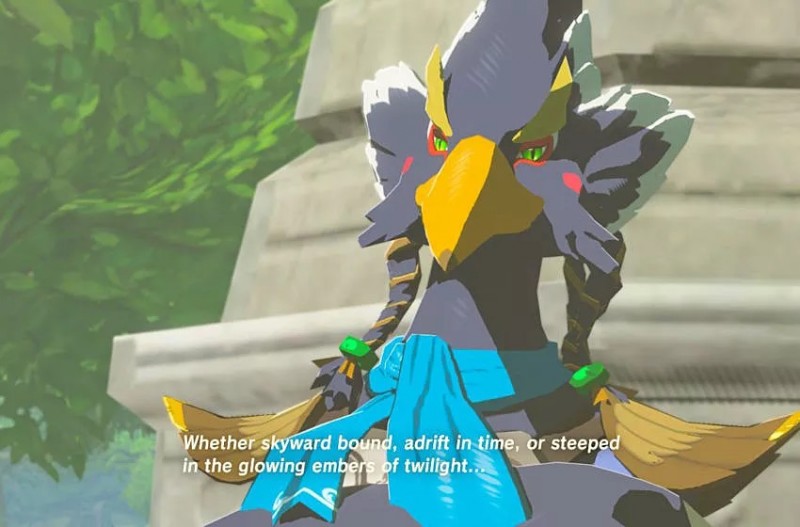 Give Us More Nods To Zelda’s History

When Breath of the Wild released, there was much speculation about where it belonged on the series’ timeline. Now that Nintendo has confirmed that Breath of the Wild is at the very end, we want more mentions of heroes and events of the past. It was awesome seeing the little references to past games in dialogue in Breath of the Wild (like pictured above), and with greater emphasis on the series’ past, longtime fans would love to hear the legends of their past adventures retold by townsfolk and champions alike. 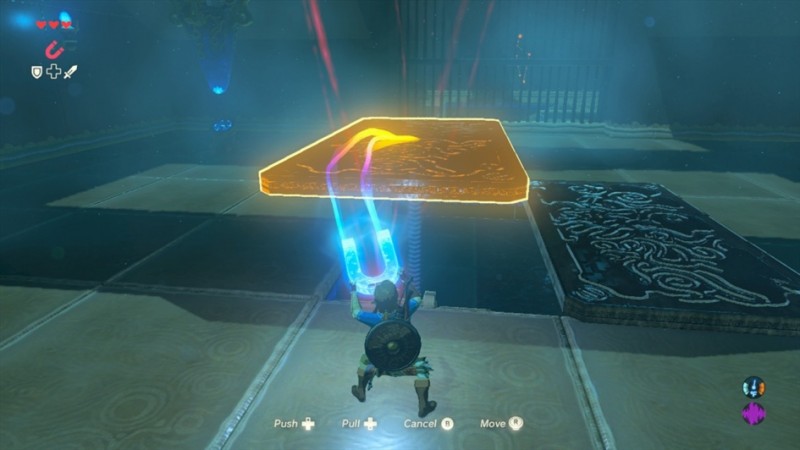 The Zelda series has always given players a wide array of gear to use throughout the various dungeons. The brilliance of Breath of the Wild is you had essentially every tool you needed to complete puzzles throughout the entirety of Hyrule within the first hours. But what if Nintendo allowed you to unlock more tools as you went along? When you consider the physics-focused gameplay of Breath of the Wild, Nintendo could really go all out with new tools, items, and runes if it wanted to. Breath of the Wild set the template for this style of gameplay, and now it’s time to see what Nintendo can do with more experience and a better understanding of the mechanics.

Now that you know what we want from the Breath of the Wild sequel, tell us what you want! Leave us your wish list in the comments section below!