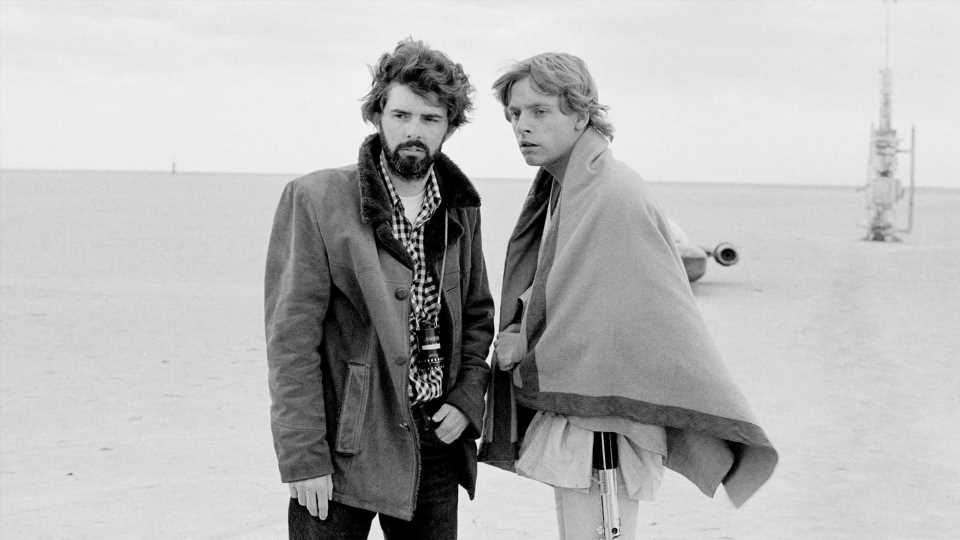 Star Wars almost didn't happen. Universal passed on it. United Artists passed on it. Even Disney turned it down, which is ironic given the company's recent $4 billion acquisition of the franchise. Only 20th Century Fox was willing to take a gamble on this weird, scrappy little sci-fi movie—encouraged by creator George Lucas earning a Best Picture nomination at the 1974 Academy Awards for American Graffiti. This quirky 1950s coming-of-age comedy drama couldn't be more different from the outlandish space opera Lucas was pitching, but the studio saw something in this enthusiastic young filmmaker.

Fox gave Lucas $8 million to make his dream movie: a meagre budget for a lavish, galaxy-spanning epic like Star Wars. To put that into perspective, Columbia gave Lucas's old pal Steven Spielberg almost $20 million in 1977 to make his own sci-fi masterpiece, Close Encounters of the Third Kind. That film features spaceships and aliens, and some stunning practical special effects, but nowhere near on the scale of what Lucas envisioned. The budget for Star Wars inevitably increased during production, but only to around $10 million according to producer Gary Kurtz. Lucas made it work and created a phenomenon.

Watching A New Hope today, 45 years after its premiere on May 25, 1977, it's clear this was a passion project for Lucas. He endured a tornado of bullshit to get it made, and this struggle against the odds gives the film an edge that modern Star Wars movies lack. No one believed in him. Not even the cast, who thought no one would see it. Today, Star Wars feels like a product. Something designed by committee to appeal to as wide an audience as possible. They're fun, beautiful to look at, and well produced, no doubt. But with the exception of The Last Jedi, they feel safe. No one had to fight to get them made and it shows. 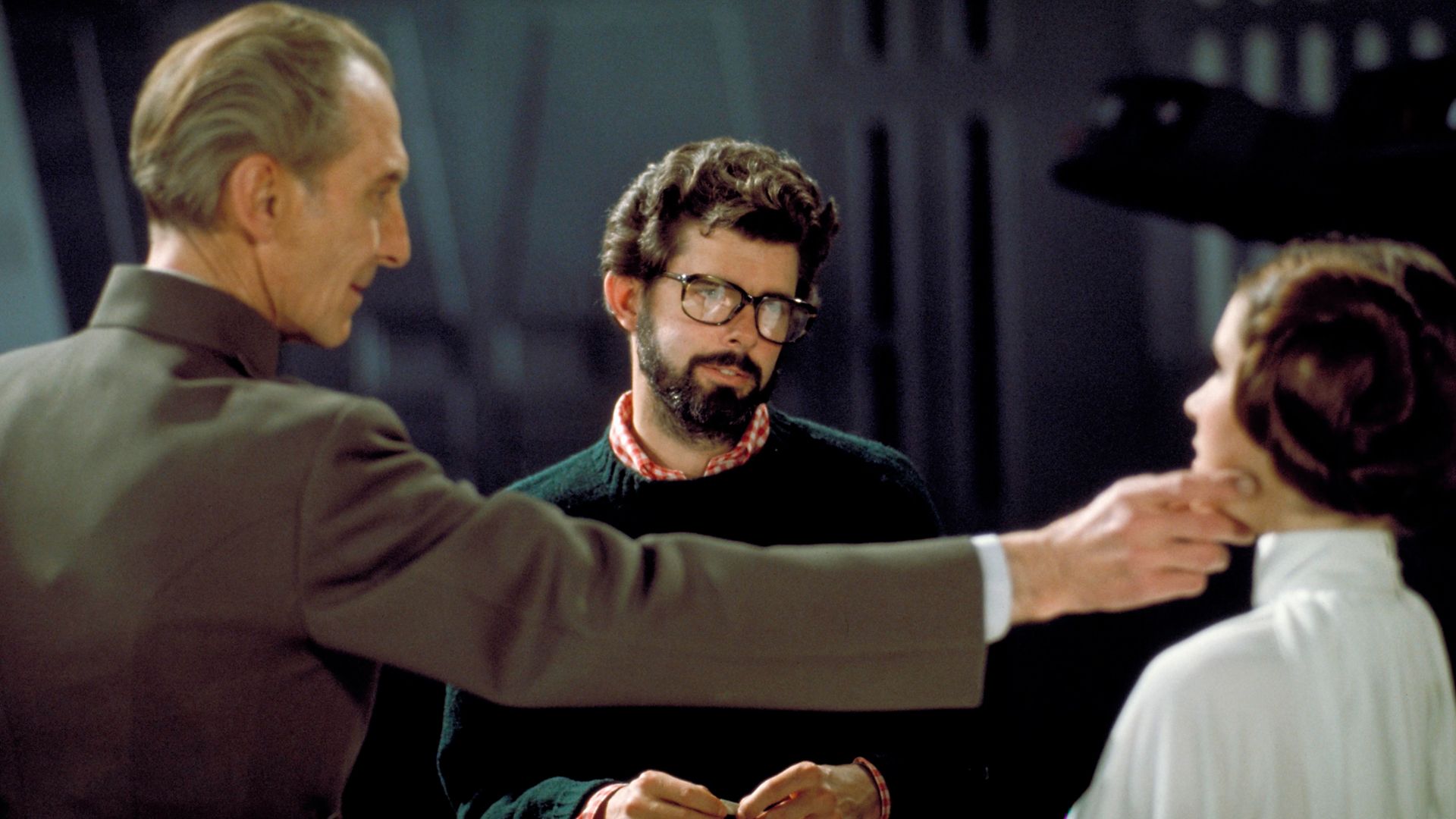 There's an endearing roughness to A New Hope. Lucas's so-called 'used universe' is palpably grimy and textured. The use of miniatures, models, and puppets, combined with working on location in Tunisia (standing in for the planet Tatooine), and everything being shot on 16mm film makes it as visually compelling—and convincing—as it was back in 1977. It's a sci-fi world that I still believe in. Mos Eisely still feels real to me decades later. This is a testament to both Lucas's vision and the peerless craftsmanship of the army of concept artists, designers, and other creatives who helped bring his imagination to life.

Of course, it would be naive to think Lucas made Star Wars with entirely pure intentions. He wanted to make it, and battled to get it made, but he knew it had commercial potential too. He famously convinced Fox to grant him full merchandising rights, which made him a millionaire many times over when the world fell in love with his galaxy far, far away. He admitted in a 1980 interview with Rolling Stone that he "had visions of R2-D2 mugs and little wind-up robots" when he was writing it. As much as he was passionate about telling his story, Star Wars was certainly a business enterprise for him too. 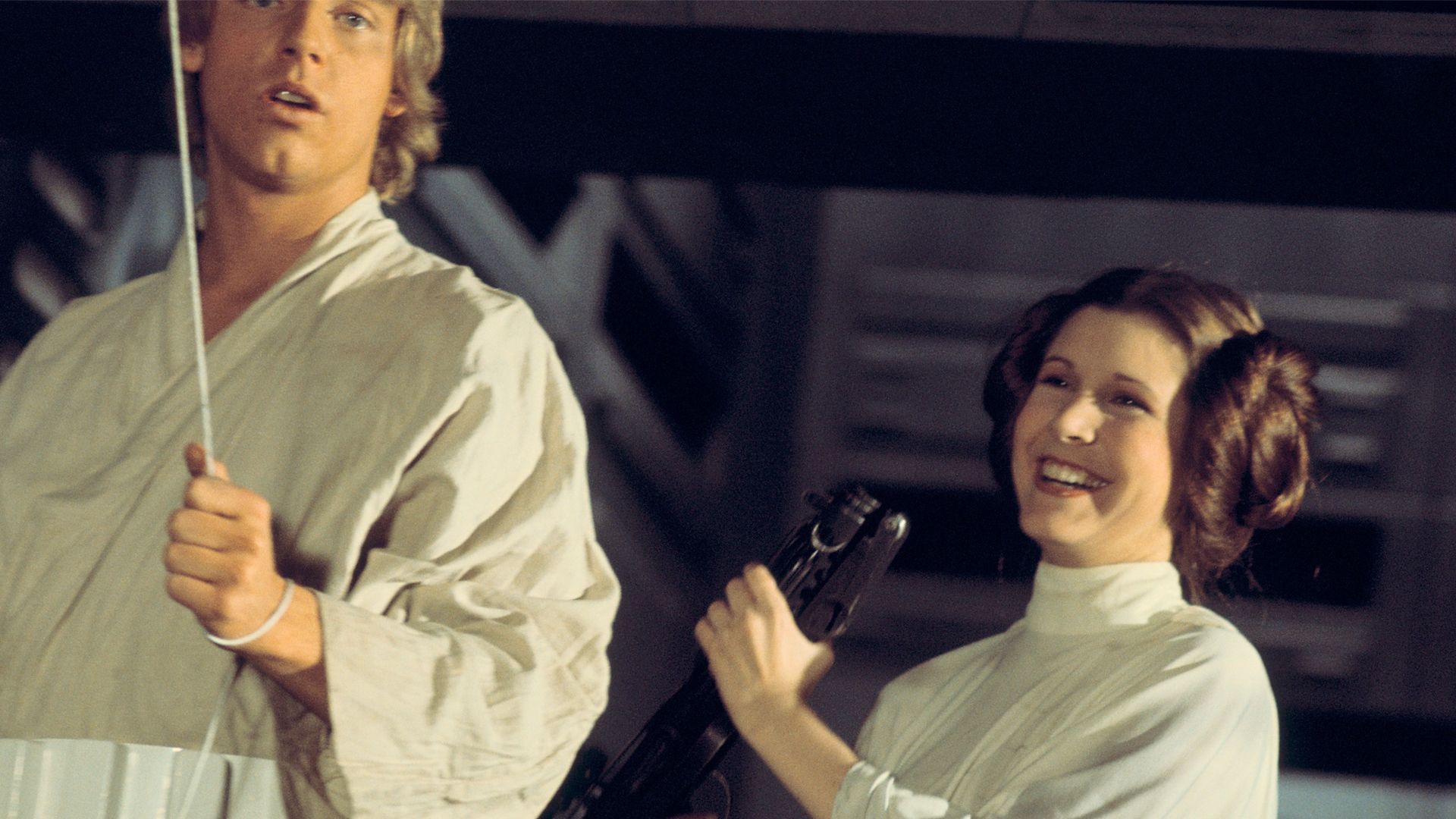 Despite this, Star Wars is still a film with an indie sensibility. Lucas combined the best of both worlds, acting as both an art-driven auteur (which he very much was in the 1970s) and a money-spinning Hollywood player. Despite being set across multiple planets and concerning a galactic civil war, A New Hope still feels, oddly, like a small movie. Compared to the breathless, galaxy-hopping MacGuffin chase that made The Rise of Skywalker so exhausting, it's positively tiny. This makes it much more charming, and it's clearly the result of a team of creative filmmakers working around a tight budget.

Star Wars is better when it's smaller. That's a strange thing to say about a series where people can travel at lightspeed and jump between planets. But as The Mandalorian proves—a show that feels a lot like A New Hope aesthetically and in spirit—focused, self-contained, character-driven Star Wars stories are a lot more interesting than the increasingly high stakes space drama beloved by the films. That's why I think people have fallen in love with Mando. It's a return to the roots of Star Wars, before it became the massive beast it is today. It feels like a series Lucas himself could have pitched in the 1970s. 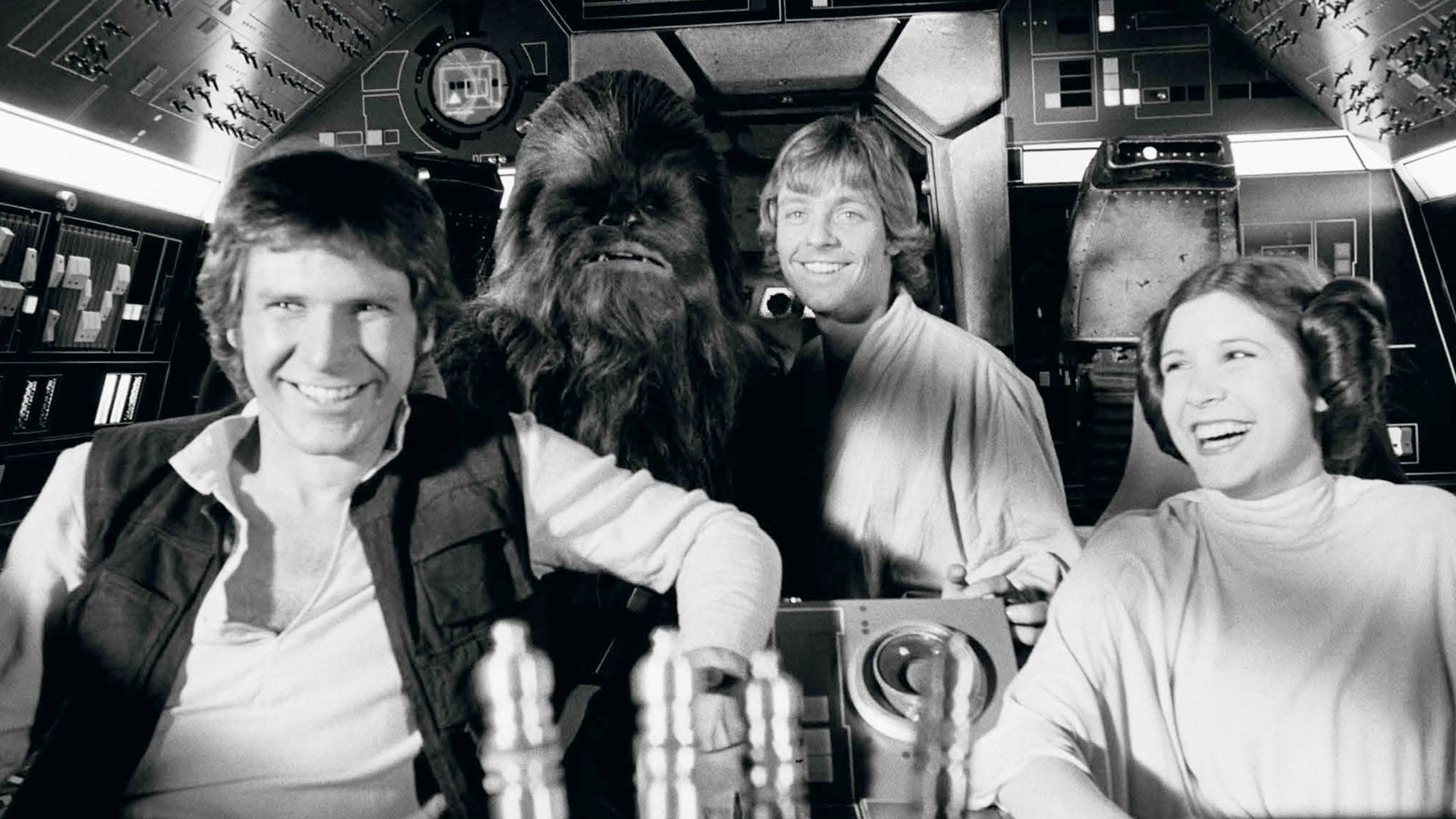 It's amazing how something as influential and world-conquering as Star Wars started life as an idea no one gave a shit about. I can imagine being a studio exec in the '70s and watching this bearded, goofy-looking nerd in a plaid shirt talking earnestly about Jedi, the Force, and a 7-foot dog named Chewbacca. All household names today, of course, but his ramblings must have sounded completely unhinged—especially in a business where the big studios had no faith in science fiction. Who can blame them for saying no? But they were wrong, and Lucas was lucky that Fox believed in him—even if no one else did.