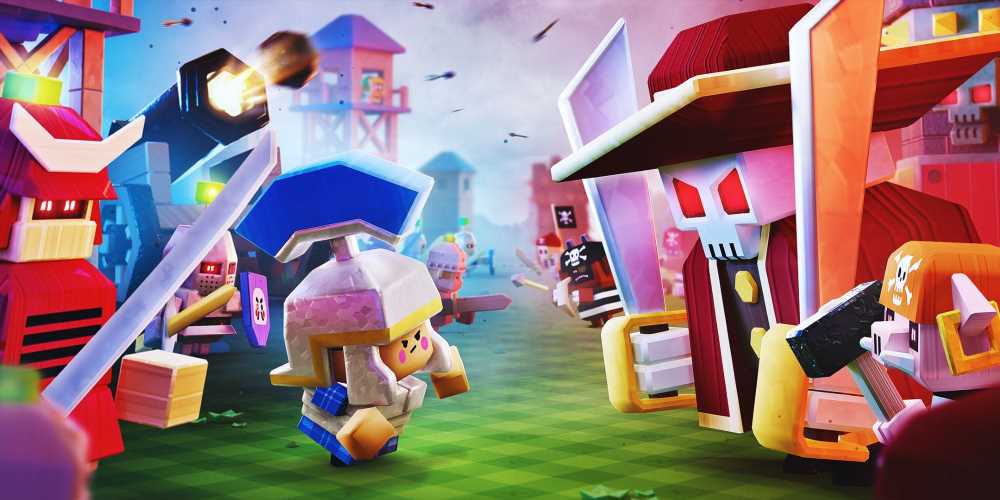 Autonauts vs Piratebots arrives on Steam next week where it will be priced at $19.99, but if you’re a teacher, a tutor, or a lecturer, you could get the game for free. That’s because developer Denki and publisher Curve Games are giving away 5,000 copies of the game courtesy of their new Autonauts Codes for Education (ACE) initiative.

Although the game is ostensibly about protecting your Autonaut settlement from being pillaged by Piratebots, doing so involves setting up automated production and defenses which teaches players the very basics of coding. Teachers in the UK already use the prequel Autonauts to teach computer logic, so Denki thought of giving away the sequel to help kids learn to code.

"Autonauts vs Piratebots is a game for everyone, but it also doubles up as a learning tool," explained Denki creative director Gary Penn. "Teachers have contacted Denki to let us know that they are using the original Autonauts to teach students the logic behind coding, especially as it encourages creativity and discussion with other players. It may look simple on the surface but there are tons of programming challenges disguised beneath this infectious sim, which is why we’ve decided to gift 5000 copies to schools, colleges and universities across the UK."

To get 30 free copies of Autonauts vs Piratebots, educational workers just have to send their professional email and photo ID along with completing this form. Games are handed out on a first-come, first-served basis, so the sooner you submit your application the more likely you’ll get these 30 free copies.

As for the game itself, it looks like an adorable little simulation game. Players first automate their production lines before creating defenses against Piratebot incursions. Piratebots are all obviously pirate themed, but Autonaut warriors can look like knights, samurai, or little cannon-firing UFOs. Boss battles have excellent names like Long Bot Silver, Botbeard, and Botbarossa, with the game culminating in defeating the Dread Pirate Robot's stronghold on the other side of the planet.

Autonauts vs Piratebots arrives on Steam for PC on July 28.