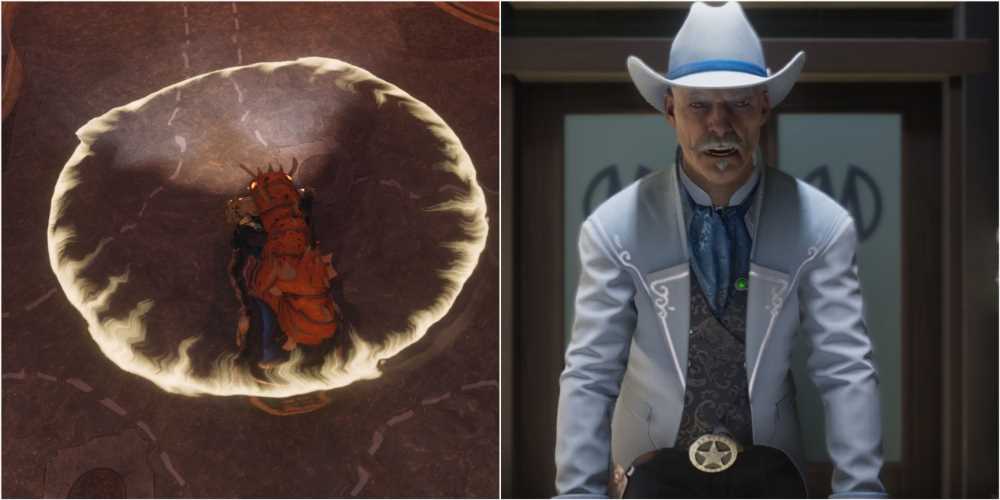 Since the third game, the Saints Row series has been very bizarre. From ridiculous weapons to insane storylines, the third and fourth games are wild. The reboot tones things down quite a bit. It tells a more grounded story containing ordinary characters. Even the weapons are relatively normal for a third-person shooter.

That being said, it doesn't mean the game makes complete sense all the time. After all, there are several moments where logic goes out of the window. None of these things ruin the overall experience, but it's enjoyable to poke fun at several of the most ludicrous examples. 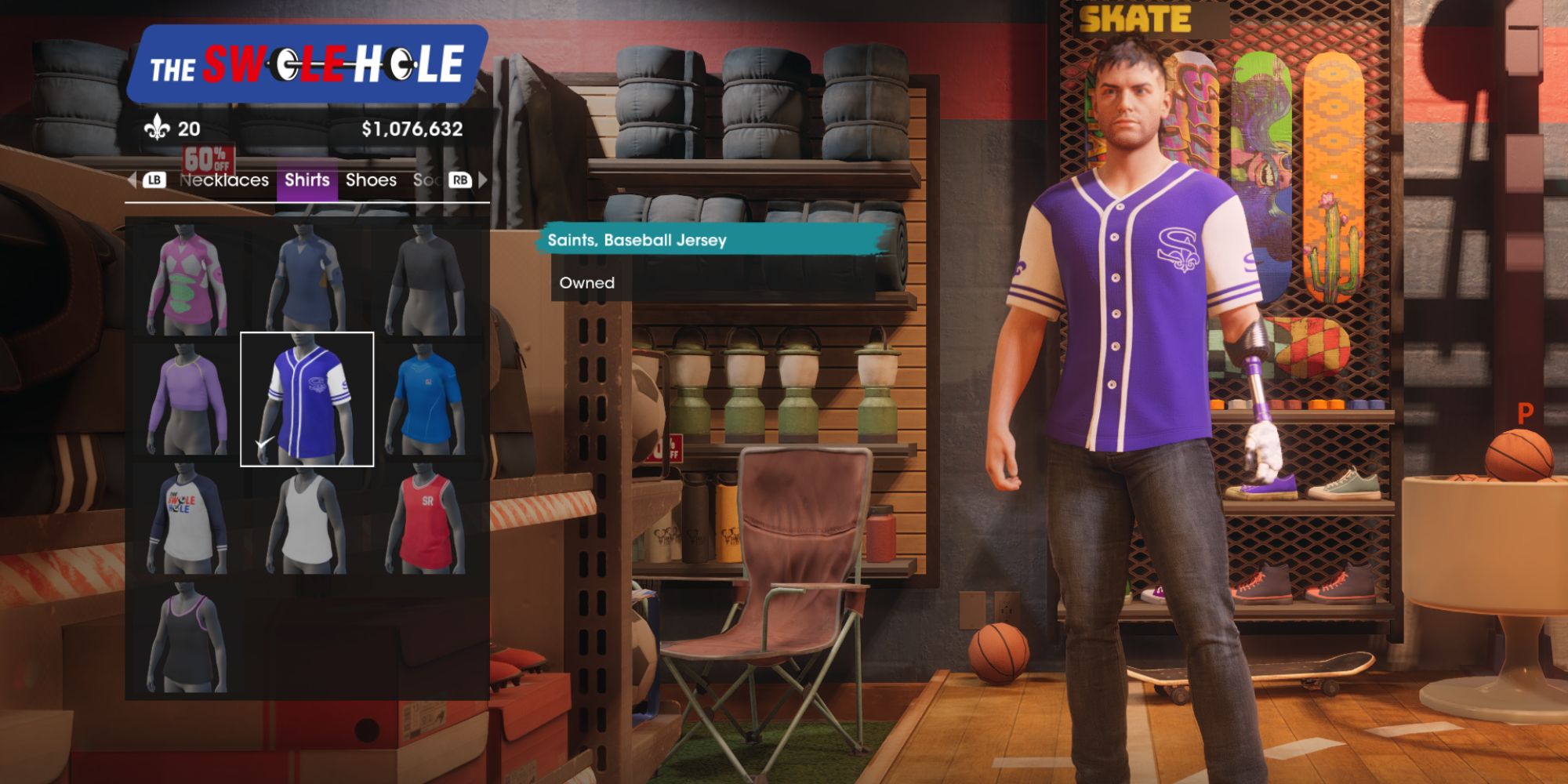 Much of the reboot's story focuses on the creation and rise of the Saints. As such, the group doesn't exist at the start of the game. Yet, somehow the crew already has merch. If you go to the Swole Hole clothing store in the East Flats area, you will find a Saints Baseball Jersey for sale. This shirt is available from the beginning of the game.

There's no way that should be possible. After all, not only does the gang not exist yet, but the Boss hasn't even had the idea of starting it. They certainly haven't yet chosen the logo that features on the piece.

5 Castle Kraken In The Middle Of The City 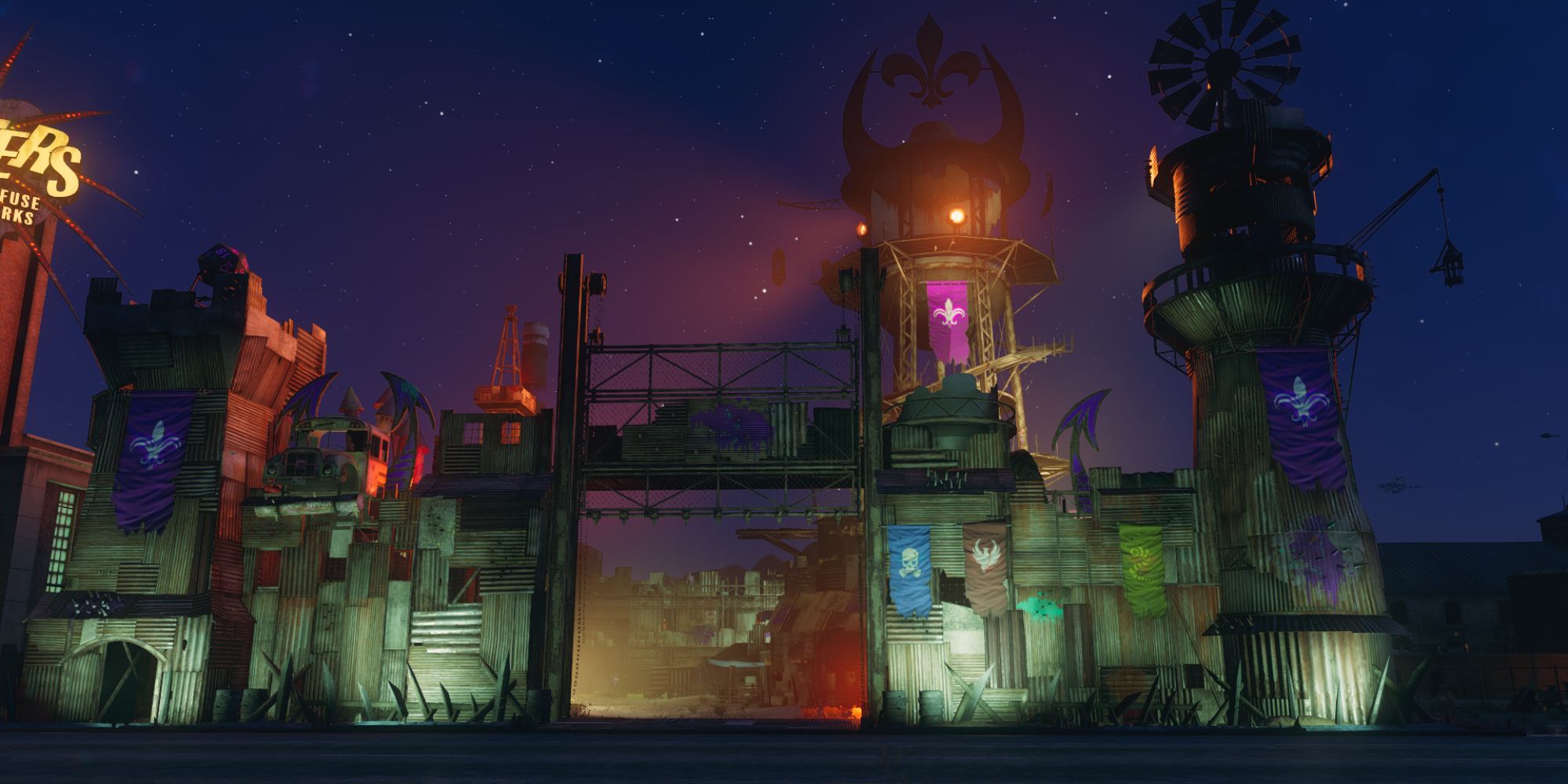 During the controversial LARP questline, the Boss commissions the building of a castle to represent their clan. It isn't a real castle made out of brick and stone. Instead, it's built out of duct tape, cardboard, and sheet metal. This makes sense as it fits in with the other structures in this Live Action Role-Playing event.

Where Castle Kraken differs from the other places, though, is in its location. All the other castles and bases are built in the desert. The Saints' one is constructed somewhere in the city. And this isn't a small structure – it's a large castle. Considering the things it's made of, the city, surely, wouldn't let the Saints build it, as it'd be a huge safety hazard. Yes, the criminals don't care about the legality of the situation, but why haven't the authorities taken issue with the structure? 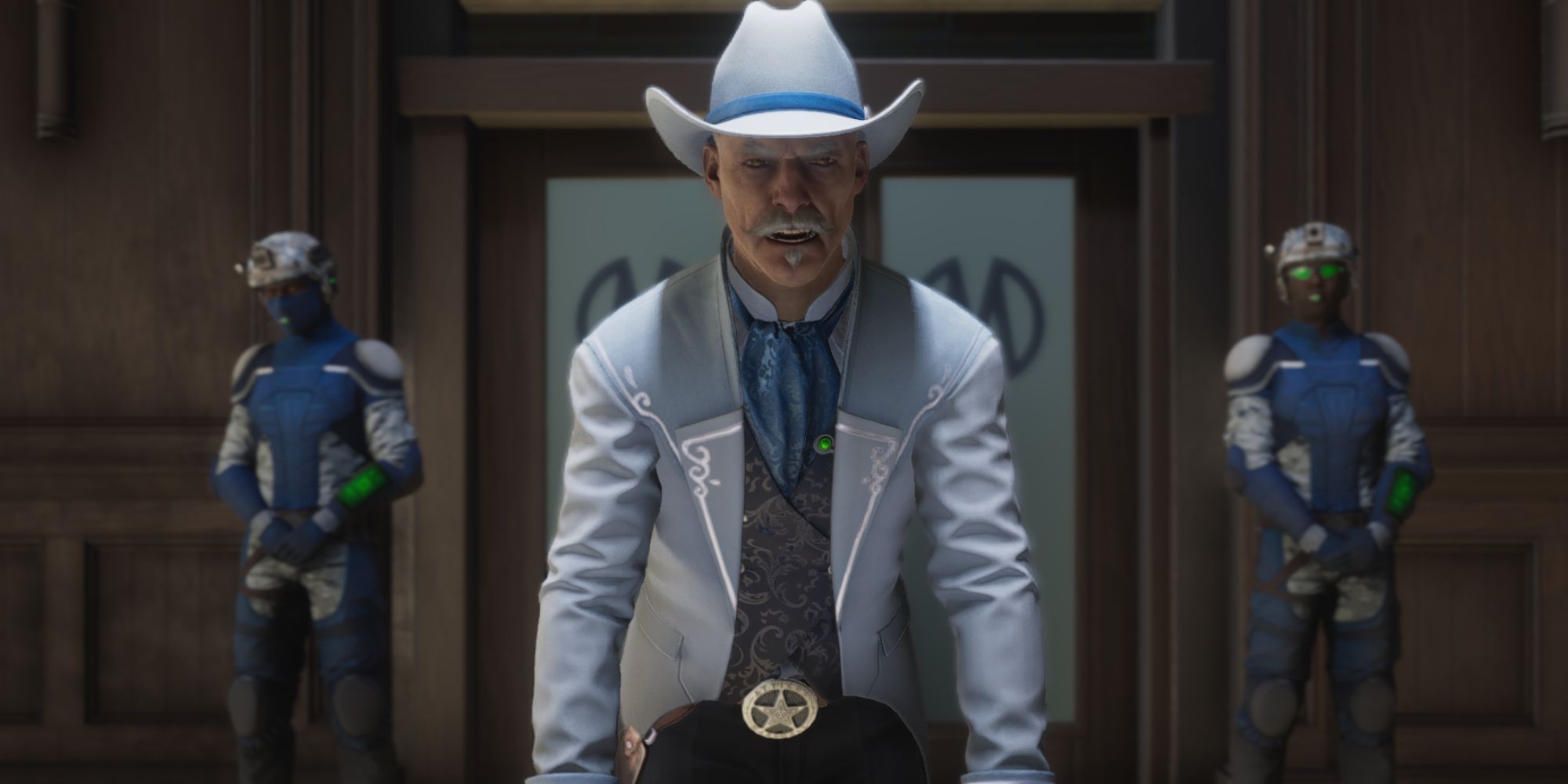 Late into the story, the Saints run into a huge problem as a Marshall lawyer turns up at the church and claims they legally own the gang. This is due to a non-compete clause the Boss signed when they worked for Marshall. And according to the lawyer, the actions that breached the non-compete were the attacks on Marshall's prison and train, as this made them a competitor.

But a competitor in what? Crime? The Saints do have some businesses that pretend to be legitimate. Yet, Marshall doesn't seem to be in the laundromat or food service business, so the Saints aren't competing in that sense. And the purple-clad gang doesn't seem to present themselves as a Private Military Corporation. Thus, the only crossover is criminal activity, which would be interesting to bring up in court. 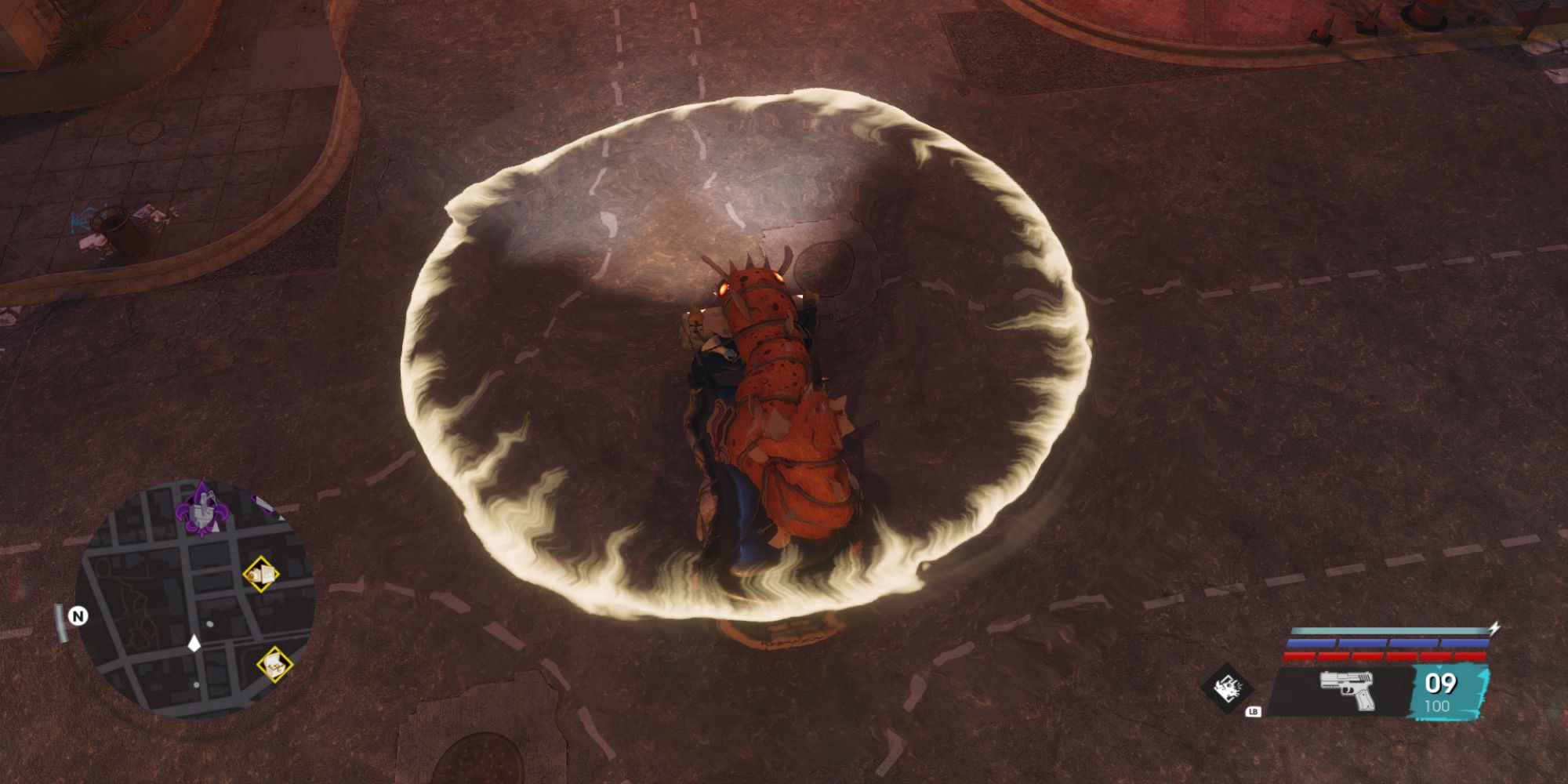 While raging war in Santo Ileso's LARP scene, the Saints build a vehicle called the Bowelrod. In the LARP game, the vehicle is very fearsome and powerful, mainly because of its roar ability, which incapacitates anyone in the vicinity. In reality, it's just a car with a fake worm on top. Even so, this is still somehow a deadly vehicle in free roam.

This is because the 'roar' power serves as a sonic boom that kills people and destroys cars. As a result, it's one of the best vehicles in the series, but it doesn't make sense. How come the vehicle didn't actually harm people in the LARP, but it does in free roam? 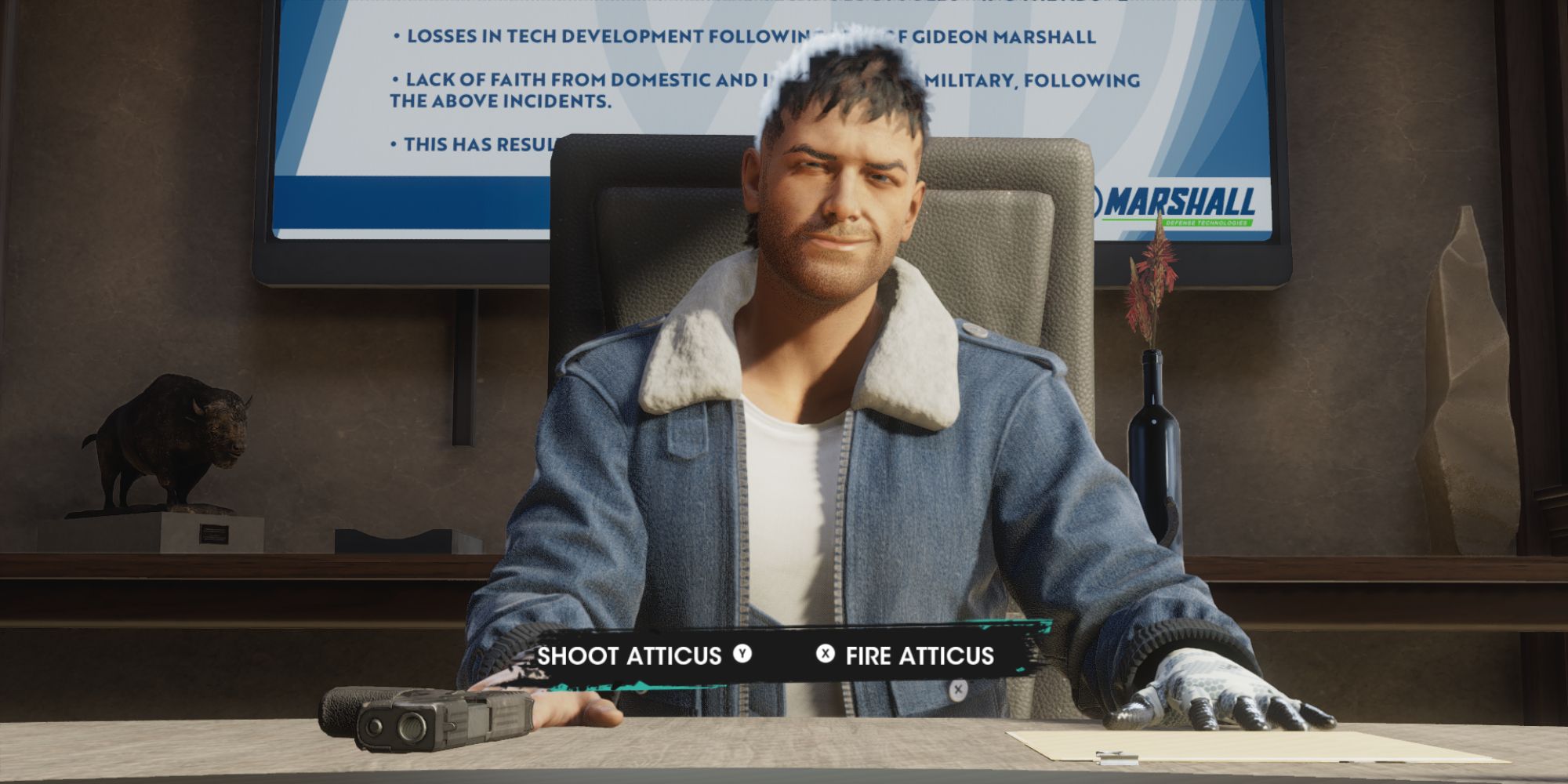 Late in the game, the Boss teams up with Myra Starr to oust Atticus from Marshall. They do this by pretending one of the company's AI tanks has gone on a rampage, which leads to a significant drop in their stock. Whether or not Atticus loses his place as the CEO comes down to a board vote.

The said vote ends in a tie until the Boss appears and serves as the tie-breaker. This begs the question of why the Boss has that kind of power. Did Myra put them on the board? Surely, that decision would be up to either the shareholders or Atticus himself, as he owns the company. And neither would agree with making the Boss a board member. 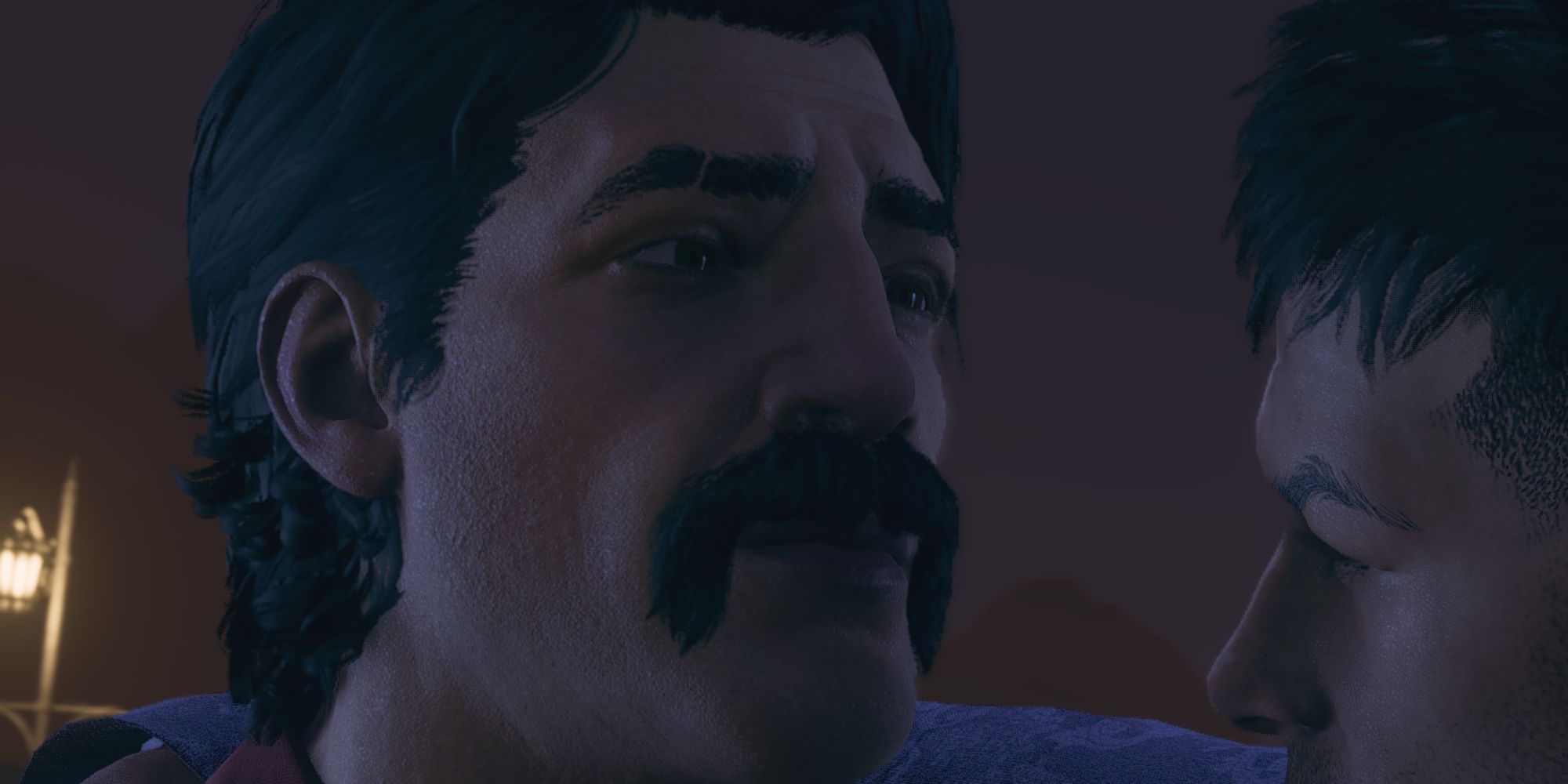 The Nahualli shifts from enemy to friend to mortal enemy throughout the game. The last turn is the strangest one. He randomly stabs the Boss and claims he needs the protagonist out of the way if he's going to steal his life. His goal doesn't seem to be about becoming the leader of the Saints. He seems more concerned with replacing the Boss in his friendship group containing Eli, Kev, and Neenah.

To achieve that, you'd think he would plan to make it appear as though someone else killed the Boss and befriend the others in the aftermath. However, according to the message left by Neenah, The Nahualli just started shooting people. Then he put Eli, Kev, and Neenah on a dimly lit film set and made them pretend to be his friends. Perhaps the man has just lost his mind, but it still is a weird version of 'stealing the Boss's life.'