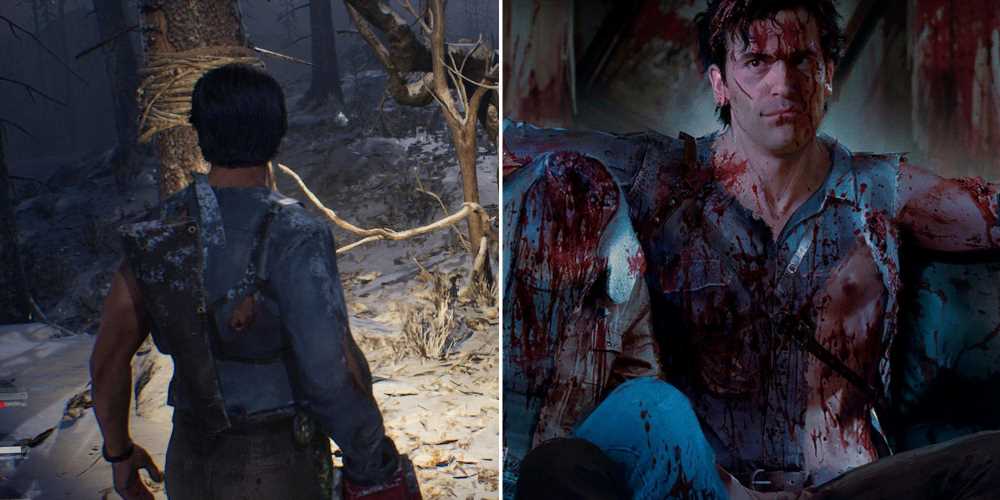 Evil Dead the Game is stuffed full of references in its environment, but there aren't all too many hidden places for fans to find. The remote areas of the game follow the line of vantage points and missable buildings you may not have spotted and are great places for getting the upper hand, specifically when playing a survivor.

If you're low on ammo or searching for another ranged and melee weapon, these places can be essential to visit if they're close to where the mission takes you. A couple of these places are also exciting areas that may be hinting at upcoming game features, like new areas. 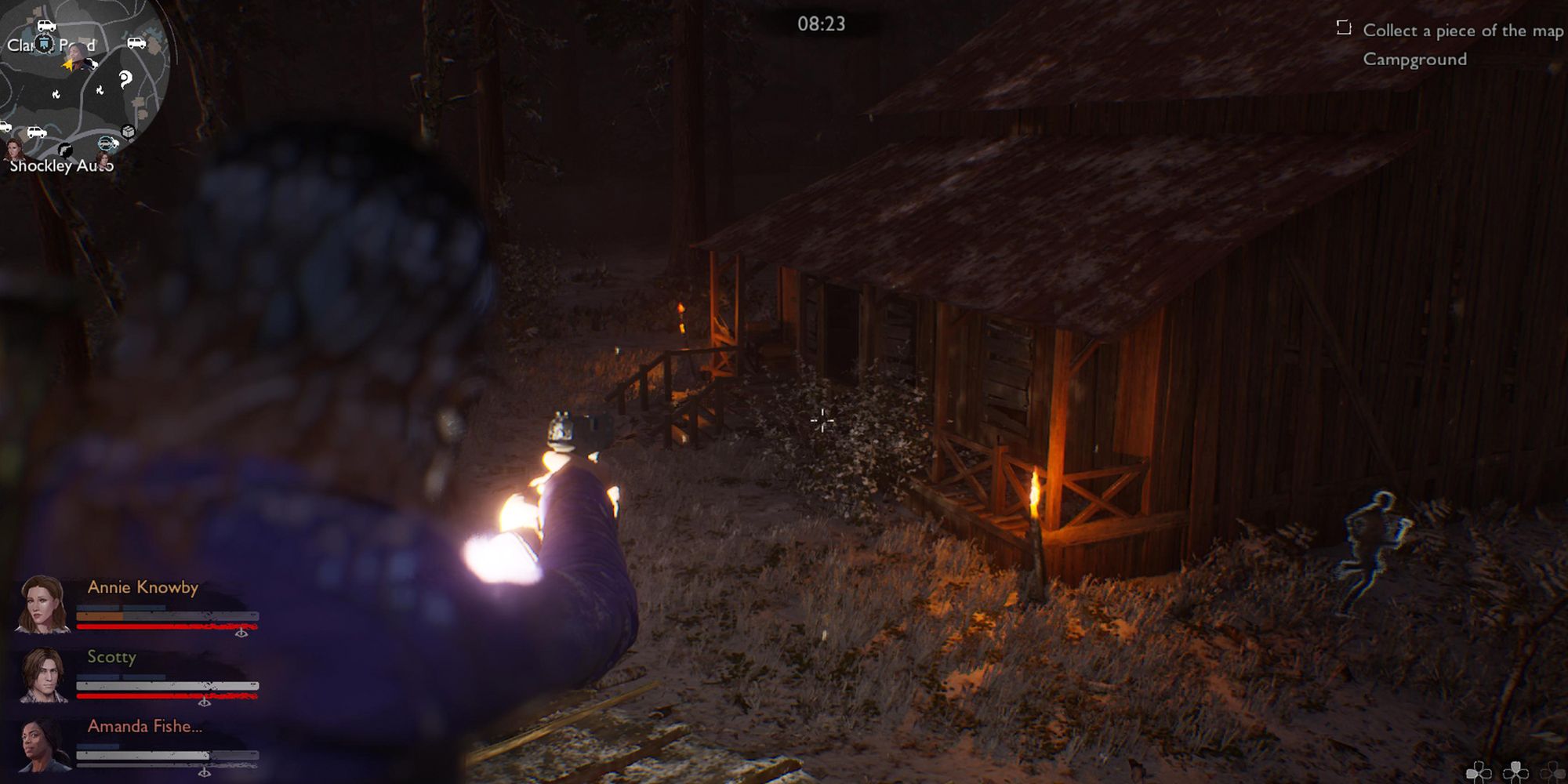 One of the first things you'll learn during the tutorial is the button prompt to vault over obstacles; however, this doesn't extend to climbing on buildings. Much of the higher places in the game can't be accessed because you can't clamber up there. Some, however, can be, so take advantage of these whenever you can. If you spot a low-rise building, look around the outside to see if you can shuffle your way up there, as it can be a great vantage point for aiming at afar enemies.

With players becoming more accustomed to the game, team members are finding the role best for them. If you tend to act as the ranged shooter, this tip is a great one to stick with as it prevents enemies from getting up close to you as fast. 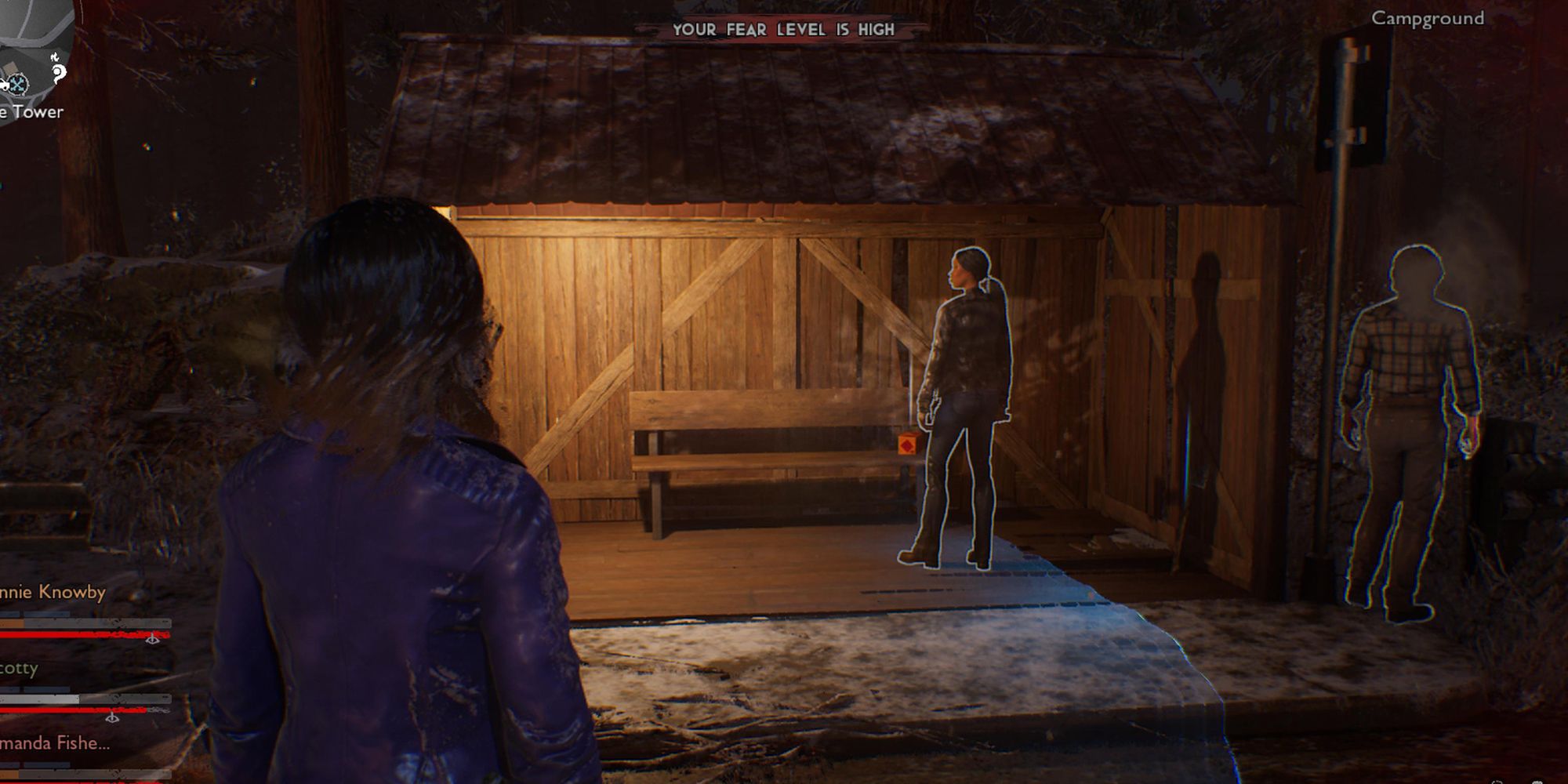 A few areas on the maps won't be visited anywhere near as often as others, mainly the outskirts and the empty regions between landmarks. This is because the longer you take to complete the objective, the stronger the demon becomes, so you don't have extra time to wander around, at least not in a public lobby.

One of these places is a bus stop between Misty Groves and the Fire Tower on the Cleaver County map. Zoom in on the map to find the small building and head towards it if the mission takes you towards that area.

It's a quick place to restock and switch your weapon, as there will usually be at least one type of ammo and one weapon there. Chances are it'll only be a standard weapon, but it can still come in handy if your current weapon is either out of juice or if you're not a fan of how it handles.

5 Invisible Walls At The Edge Of The Map 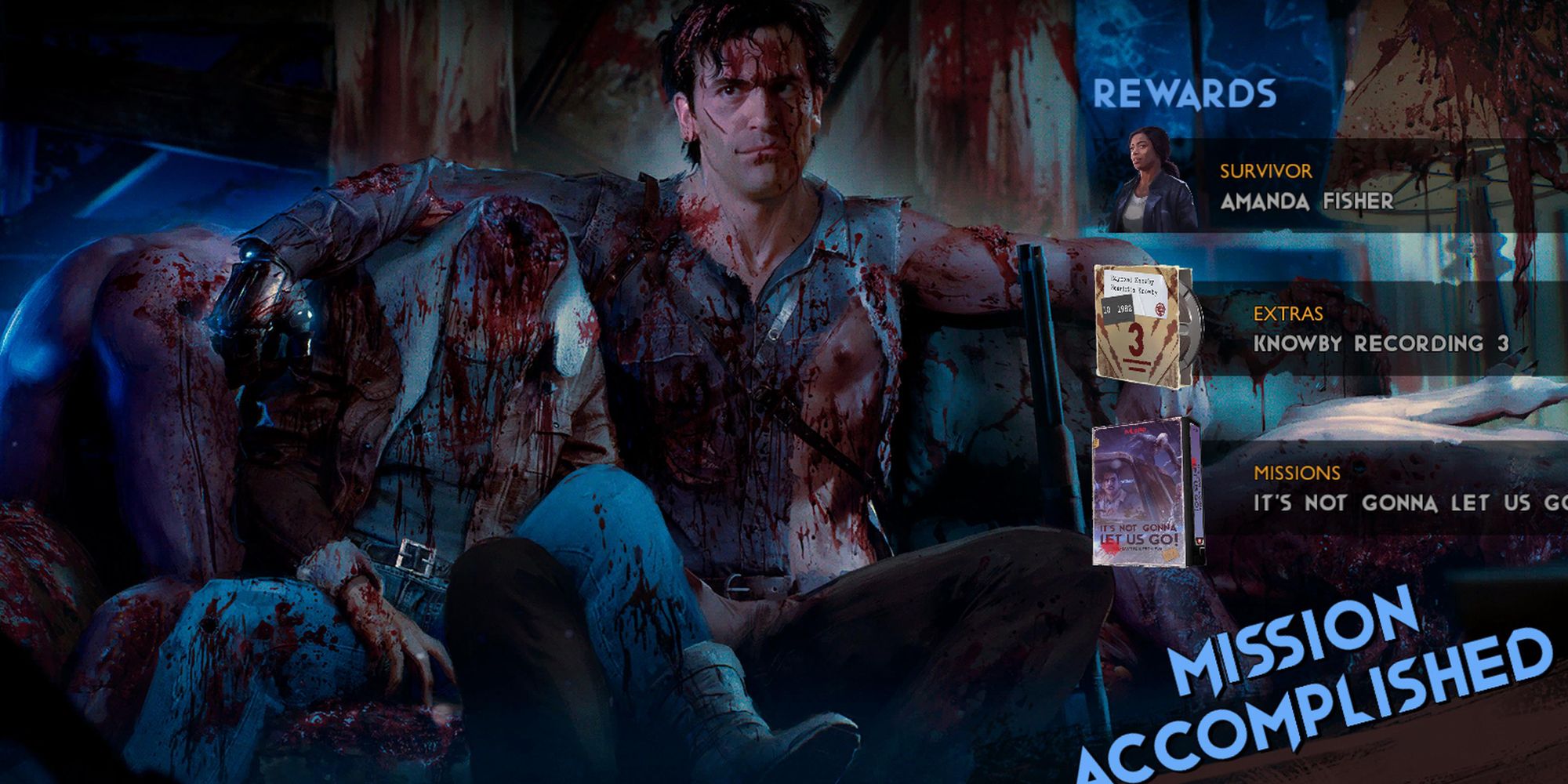 Both maps span vast expanses, with many significant areas located away from the outskirts. If you decide to check out around the map's edges, there's really nothing exciting there, only invisible walls preventing you from crossing further. Unfortunately, there are no hidden secrets to see past these walls, at least none that people have found yet.

The most you may find near these invisible walls is extra ammo refills, so while secrets are sparse, it isn't a terrible place to check if you're running low on resources.

4 Small Buildings That Are Difficult To Spot On The Map 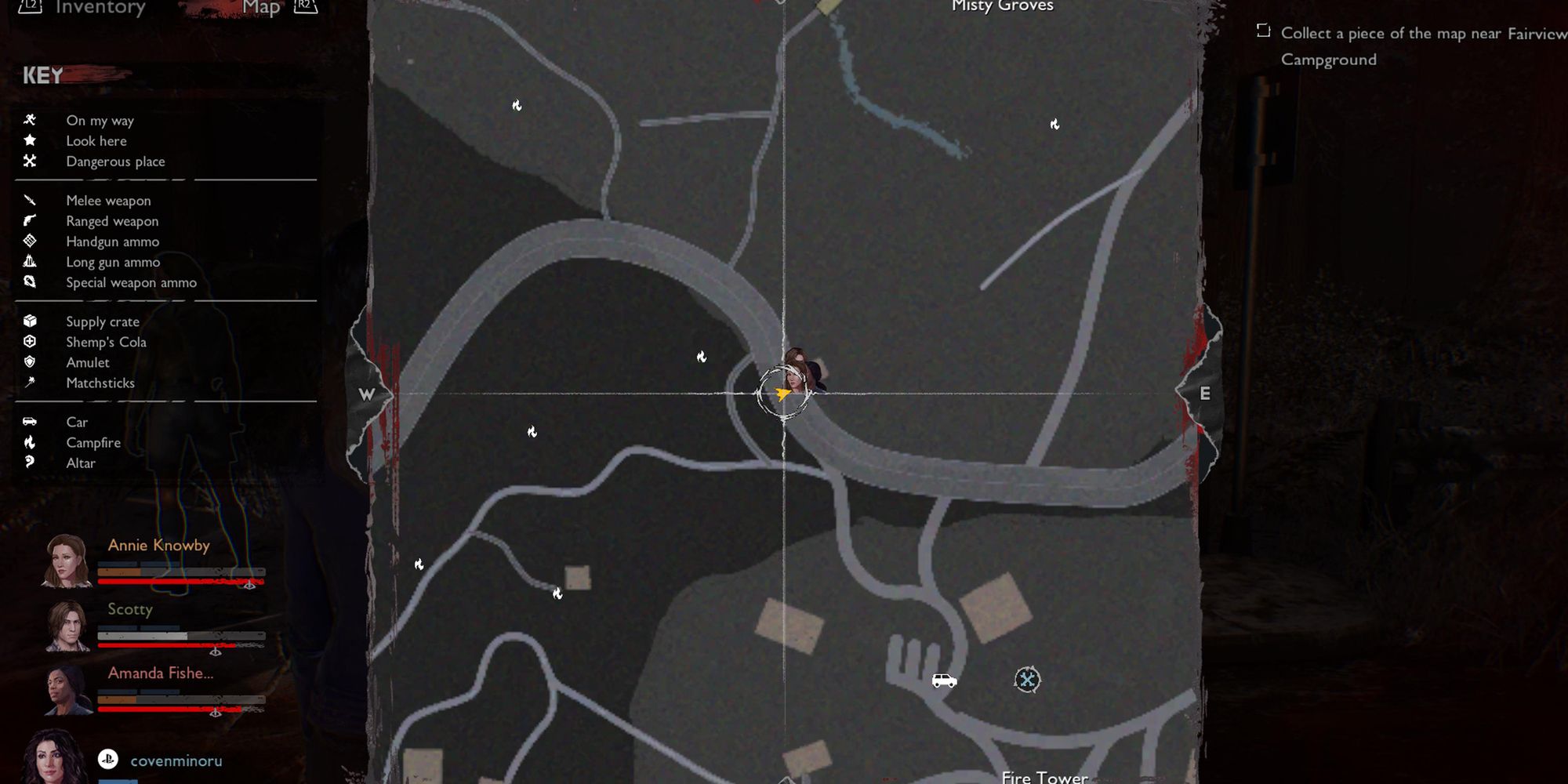 Like the hidden away bus stop, there are generally small buildings spread around the map that are easily run past without noticing there's something there or that they'll have anything worthwhile. These buildings usually only have a couple of items, usually ammo and a common ranged weapon. However, sometimes you can also find Shemp's Cola and Amulets that are worth picking up.

Familiarize yourself with these smaller building locations and open the map whenever you reach a large area to see if any of these buildings are close to where you are.

3 Road Blocks Placed At The Edge Of The Map 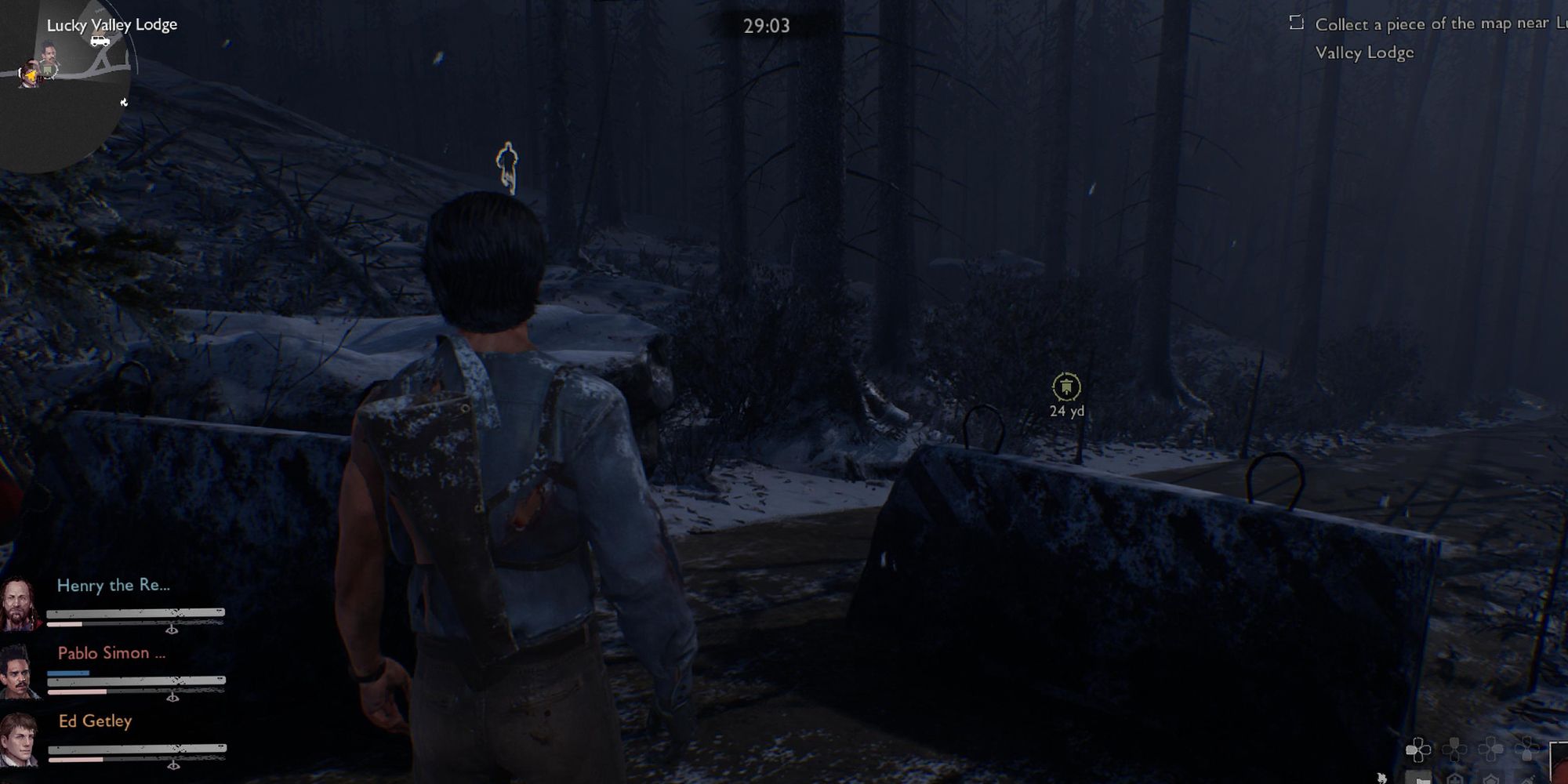 If you look at either of the maps, you can see roads leading out of the map area, and if, out of curiosity, you travel to the end of these roads, the outcome is… surprisingly similar to Friday the 13th's maps. You can't actually travel very far on these roads, and some of them have road blocks placed to let players know the road doesn't lead anywhere.​​

As the game's lifespan progresses, it's possible for the existing maps to be expanded, and these road ends would be a great place to start.

2 The Vantage Point At The Doll Factory 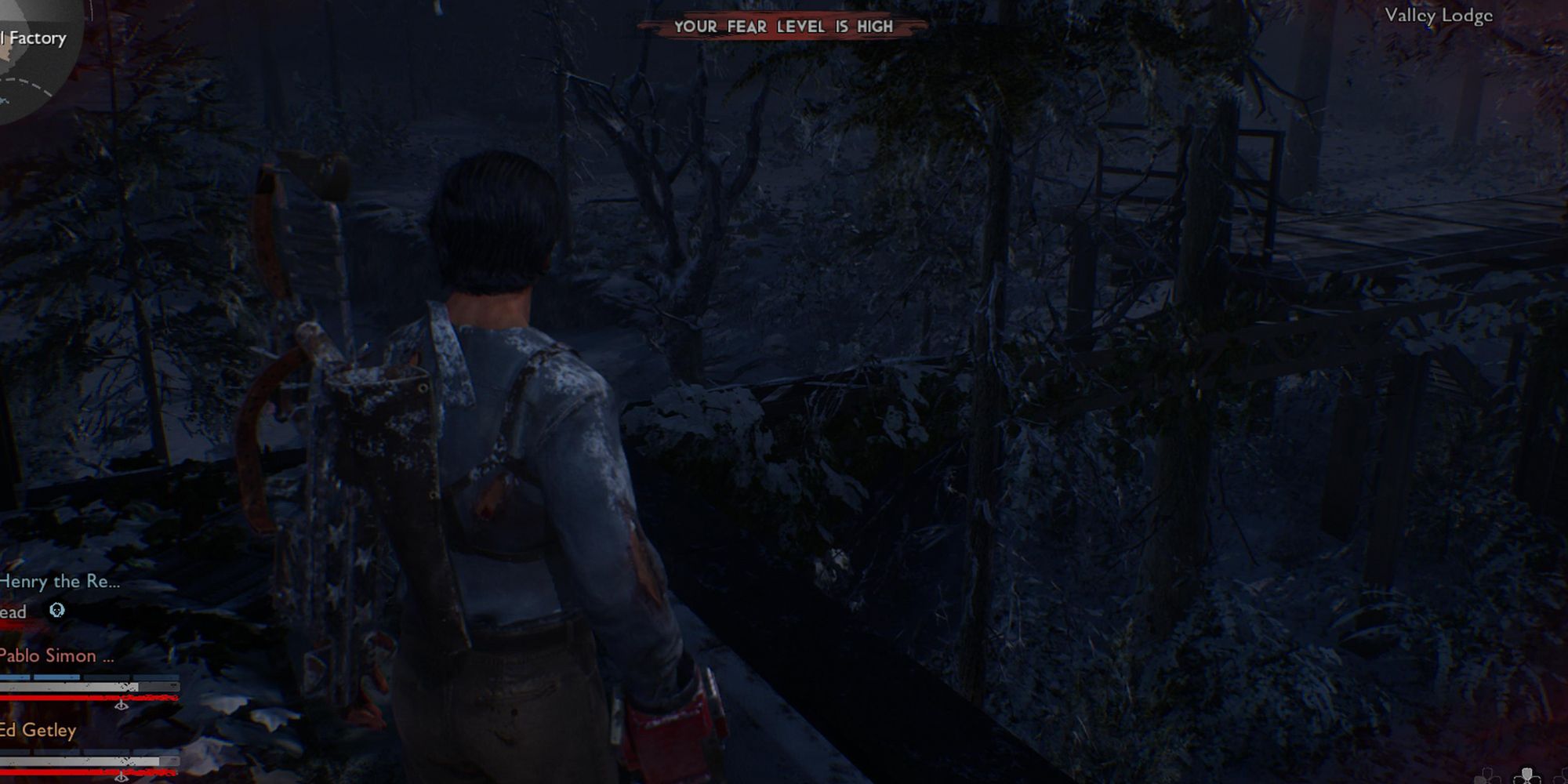 The run-down Doll Factory is where the online missions will commonly take you, so you should be pretty familiar with the layout after playing a few hours of the game. A lot of the factory can't be climbed upon, but one place that should be a constant go-to when surrounded by enemies is a little walkway across from a small construct in the factory located above.

There's a thin metal bar you can walk across to reach the other side, and once there, enemies will have a more challenging time getting you. It's a fantastic place to put yourself if you're alone and the demons find you, as you can use your ranged weapon to quickly and safely defeat them.

1 The Altar In Green Witch Village 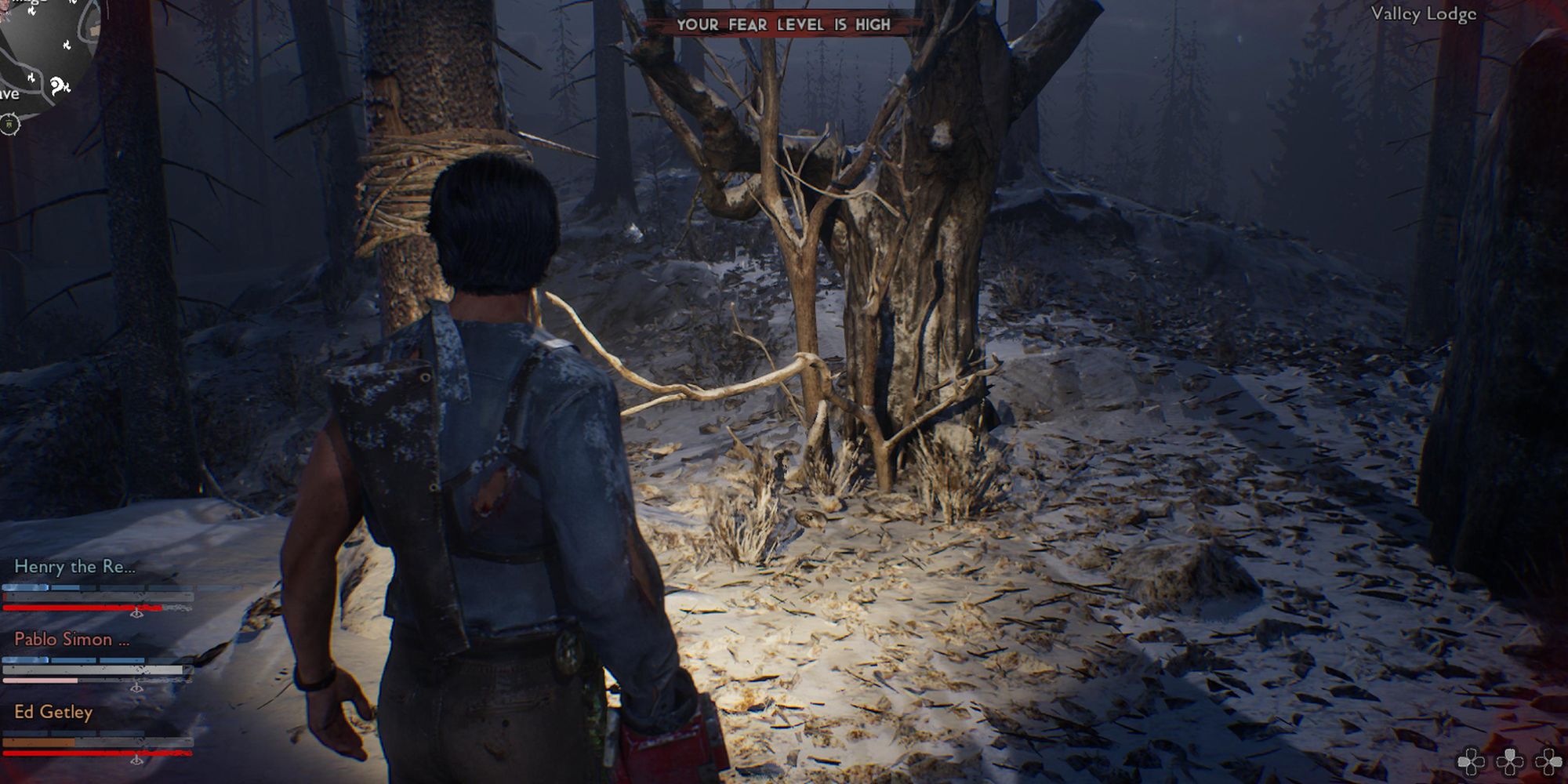 Altars are where you revive a player once carrying their soul. This is common knowledge and something you'll be using a bunch through the game, especially since it's very easy to be overwhelmed by the Deadite opposition. Although, something is different about the altar at the edge of Green Witch village, namely, how it's placed upon a small hill with intentionally placed tree adornments.

It could be as simple as a design choice so as not to make every altar look the same, or the altar could look different because of its placement on the map.