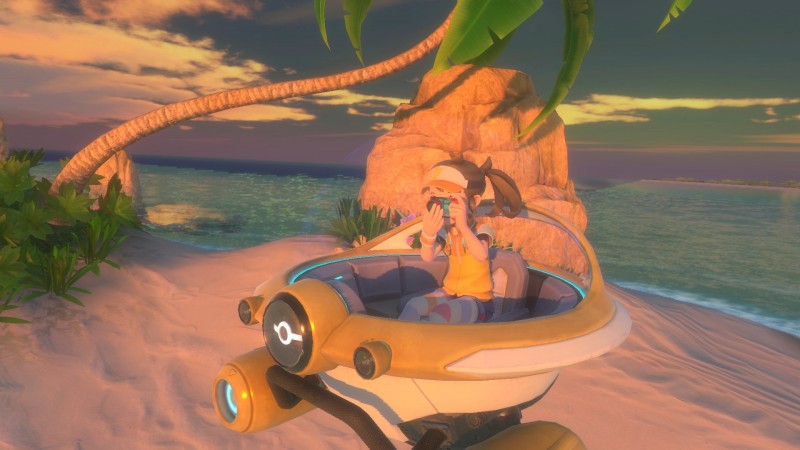 Two weeks ago, we got a free expansion for New Pokémon Snap. The update introduced a range of fresh content to get digital photographers back in the NEO-ONE, including three new areas to explore, a handful of previously unseen Pokémon to capture, and an experimental technique that shrinks both vehicle and photographer. Don’t worry about the side effects; the shots are great!

While the expansion gave fans plenty of fun Pokémon-filled photo-ops, many may find themselves running out of new subjects this week. But if you’re not ready to put down the virtual camera just yet, here are some video games that will put your honed photography skills to good use.

If you need a quick break from reality to stop and snap the roses, Toem looks promising. Coming this fall, the black-and-white photographic adventure will set you on the path to experiencing Toem, a phenomenon only found at the highest peak. Getting there will require you to use your camera to help the people you find along the way. Alongside solving puzzles and exploring the countryside, you’ll also get to unwind to the game’s chill tunes.

From chill to thrill, the remastered version of Fatal Frame: Maiden of Black Water, coming October 28, puts a deadly spin on the photography sim genre. The latest installment of the Japanese survival-horror series, Maiden of Black Water, was originally released in 2014 for Wii U. The game places the player on Mt. Hikami – nicknamed the mountain of death – and asks them to fight off frightening spirits using only an old camera. You must either become a stellar photographer or die trying.

Recent winner of the Seumas McNally Grand Prize at GDC’s Independent Games Festival Awards, Umurangi Generation is all about artful photography. The game by Origame Digital is currently out, which means you can jump into a session right now. Set in a bleak-looking future, Umurangi Generation puts you in the shoes of a Tauranga Express courier. The game’s first-person action asks you to take a series of creative shots to reveal its unfolding narrative.

Imagine a sunny day with a cool ocean breeze, and you’ve captured the vibe of Alba: A Wildlife Adventure. The game follows Alba on a visit to her grandparents’ island home and invites players to explore the scenery at their own pace. Described as a “chillectathon,” this photography-centric romp will have you snap images of the surrounding wildlife in their natural habitats to help protect the land from destructive development. Alba: A Wildlife Adventure came out on consoles earlier this year, so you can pick it up today. Be sure to check out our review.

It’s got puppies. It’s got photography. What’s not to like? Pupperazzi is remarkably similar to Pokémon Snap, but instead of Pokémon, the game lets you go snap-happy in a world populated by dogs. Getting good shots can net you better gear and camera features to help you catch all those good boys in their best light. Recently highlighted in the [email protected] showcase, you’ll be able to find Pupperazzi soon on Xbox via Game Pass.

A New York photojournalist is on a quest to find out what’s really going on in the suspiciously happy town of Rainy Woods in this photo-centric game by developer Swery. The Good Life’s protagonist, newspaper photographer Naomi Hayward, is also beset by financial troubles. So, wielding your trusty camera, the player will try to solve two things at once, the secret behind the town’s joyful demeanor and Hayward’s cashflow issues. Oh, and the villagers turn into dogs and cats at night because, of course they do. The Good Life is set to release this fall.

This aesthetically striking game is described as a “surveillance mystery.” What are you surveilling? Squirrels. That’s right. The bushy-tailed woodland creatures are the key to a mystery in this unique title. While much of the game centers around video recordings, there are still opportunities to capture suspicious squirrel activity in a good, old-fashioned still-shot. You can set up your camera now, as the game released earlier this year.

For those who are ready to put their camera down but still need more sweet, sweet Pokémon in your life, we have you covered, too! Some of Game Informer’s top Pokémon enthusiasts recently sat down to watch the early-morning Pokémon Presents. It was full of news about the upcoming Brilliant Diamond and Shining Pearl remakes and Pokémon Legends: Arceus. The digital event shared a whole new look at Arceus’ reimagined battle system and unique creatures.