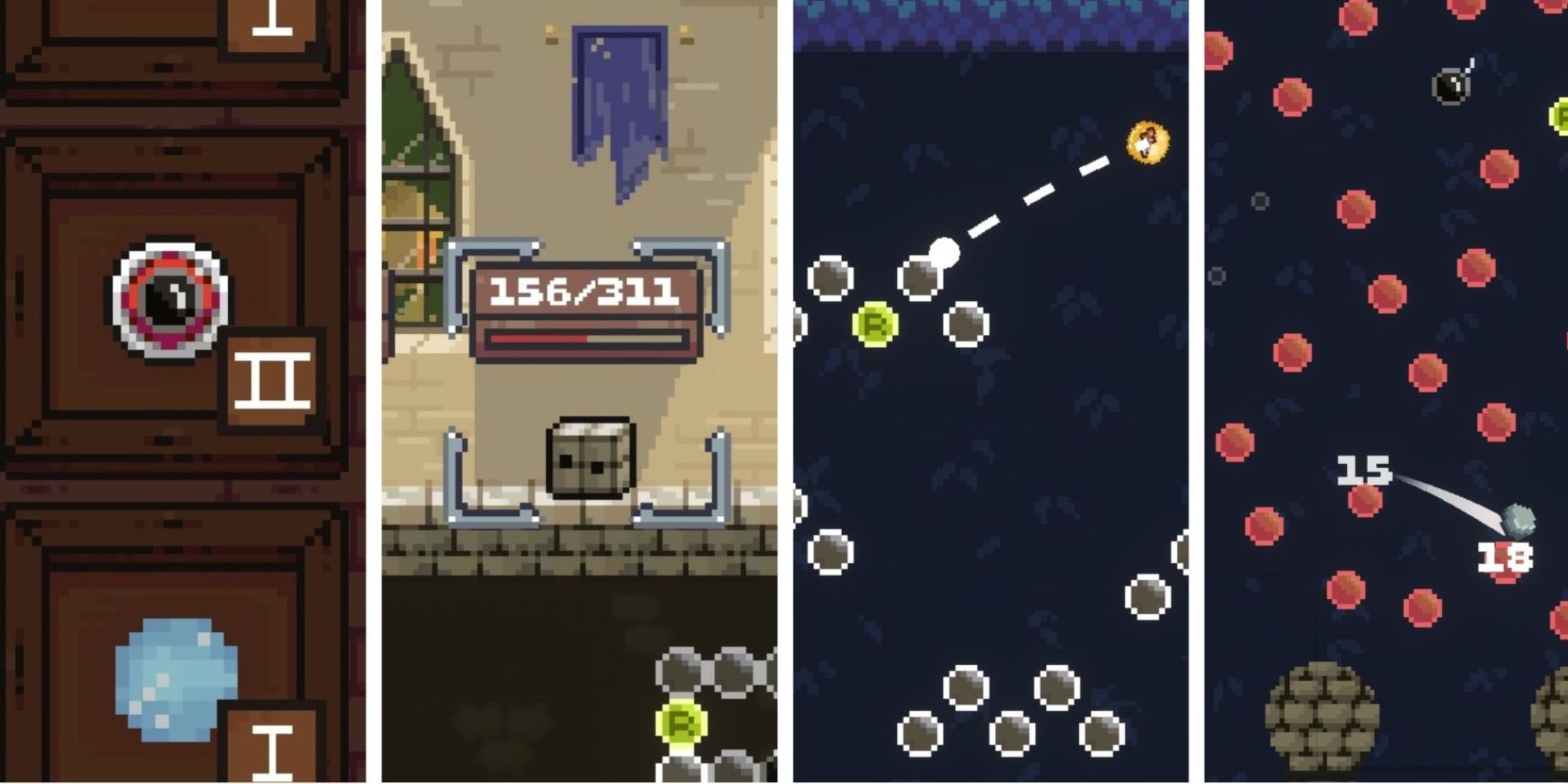 Part pachinko, part turn-based RPG and all roguelike, Peglin is an odd little goblin of a game. You deal damage by hitting pegs, all while enemies advance on you and hit you if they get too close. It’s a simple game with a lot of hidden complexity.

While learning the ins and outs is a fun part of most games, especially roguelikes, this game doesn’t tell you enough about how it works in places, leaving out some crucial info that can lead to (unfairly) scrapped runs. Here are some essentials so that you can avoid death while delving into the pinball dungeons of Peglin. 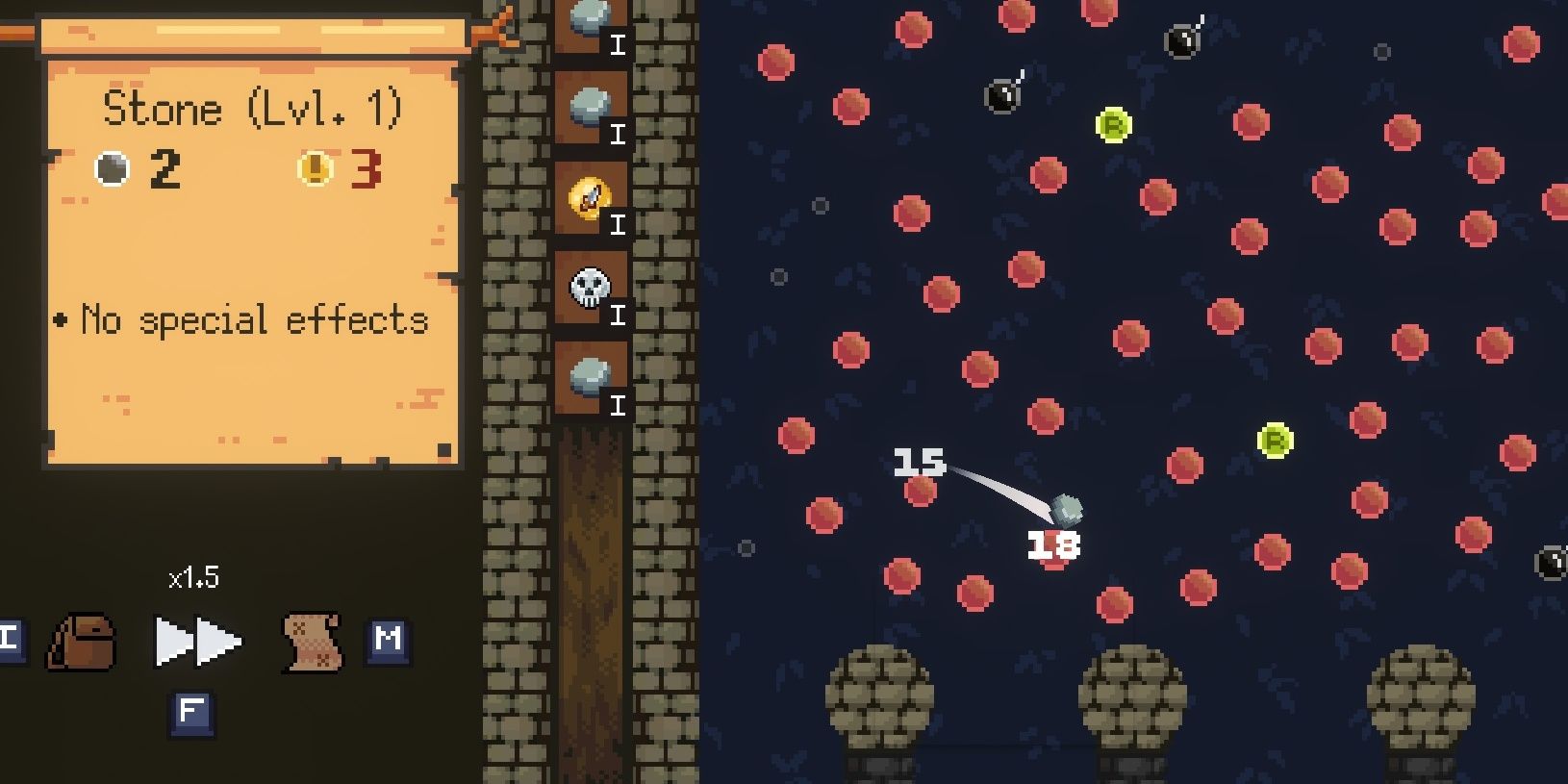 In a broader scope, it’s easy to identify how damage works in Peglin works. You hit pegs, damage adds up, and when your orb is no longer in play, your little Peglin attacks, dealing damage.

However, the specifics might trip you up and mess up your run. No longer! Damage calculation is based on the damage value of your orb, the normal damage affecting your numbers when you hit pegs and the critical value affecting your numbers when hitting the red pegs brought on by hitting a Critical Peg. The numbers that appear when you hit a peg are a running tally of how much damage you’re about to do when you attack.

6 Keep An Eye On Your Orb Damage 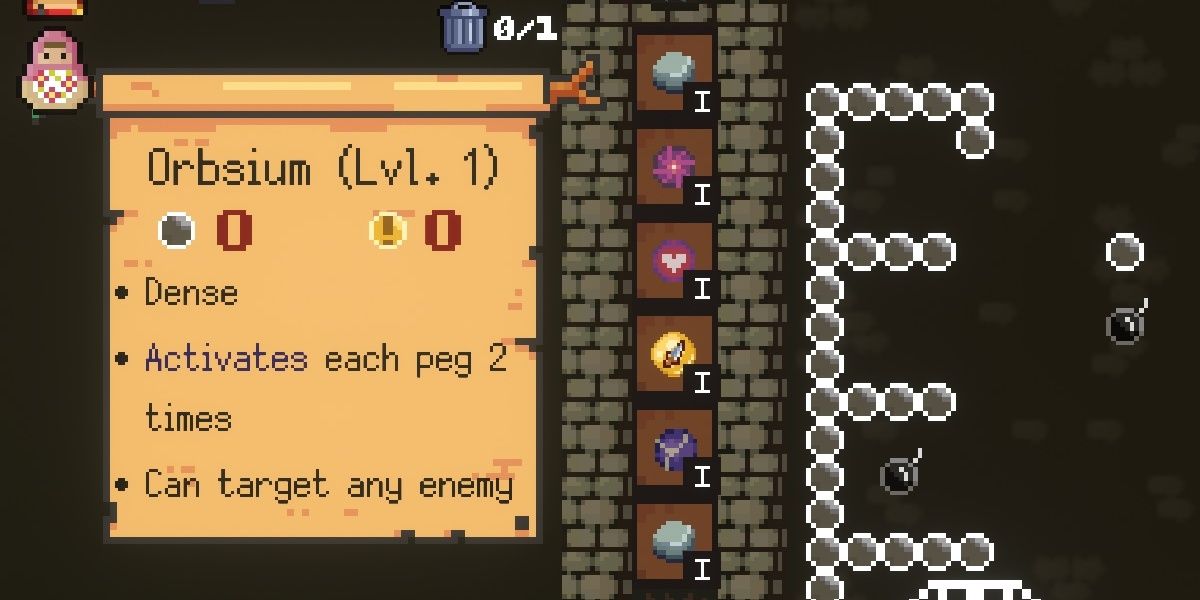 Knowing the damage values of your orbs is important, not only so you have a rough idea of how much pain you’re about to inflict, but also so that you can avoid situations where you do no damage at all.

The most obvious example of this is the Allorbnothing or the Daggorb, which do no damage or only a little damage respectively, if you don’t land a crit. But what’s even more important is to keep your damage values in mind when picking relics, as some will reduce the damage of your orbs. If they go down to zero, then you’re in trouble, since they’ll destroy pegs and deal no damage.

5 Multiball Rules! (With Some Setup) 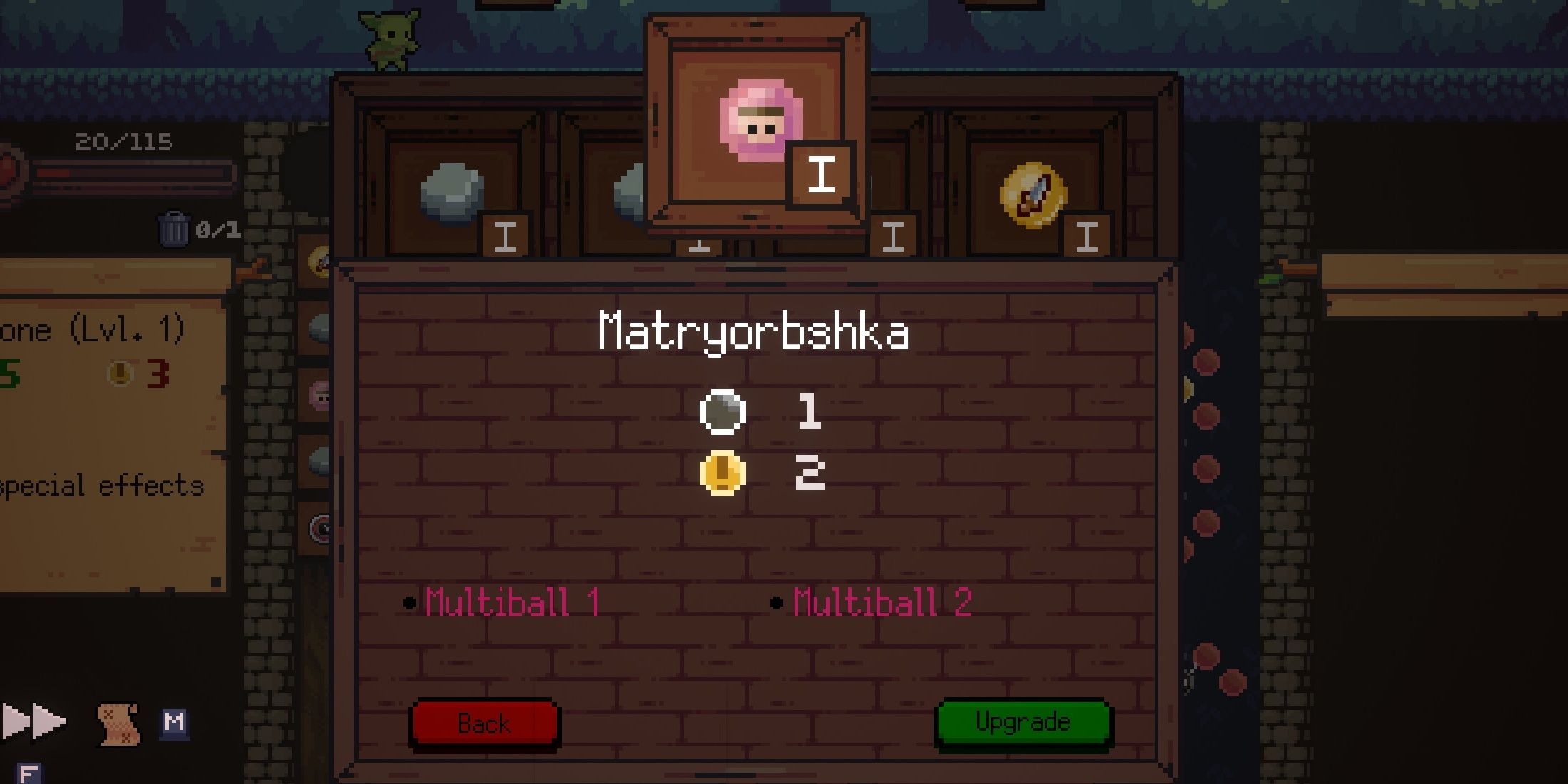 While you may naturally gravitate towards a raucously fun multiball build, keep in mind that it’s not as easy as just maxing out your Matryorbska. In fact, a few wrong relic choices can put a damper on your multiball mayhem and even kibosh your whole run.

Some things to keep in mind: the Matryorbska deals low damage and will not gain damage upon upgrades, which means relics that lower your orb damage is a no-go and conversely, you’ll want to grab damage-boosting relics whenever possible. Also, this unfortunately means that the Matryoshka Shell doesn’t work well with the Matryorbshka since its multiball ability comes with a hefty price, -2/-2 to your orb power. 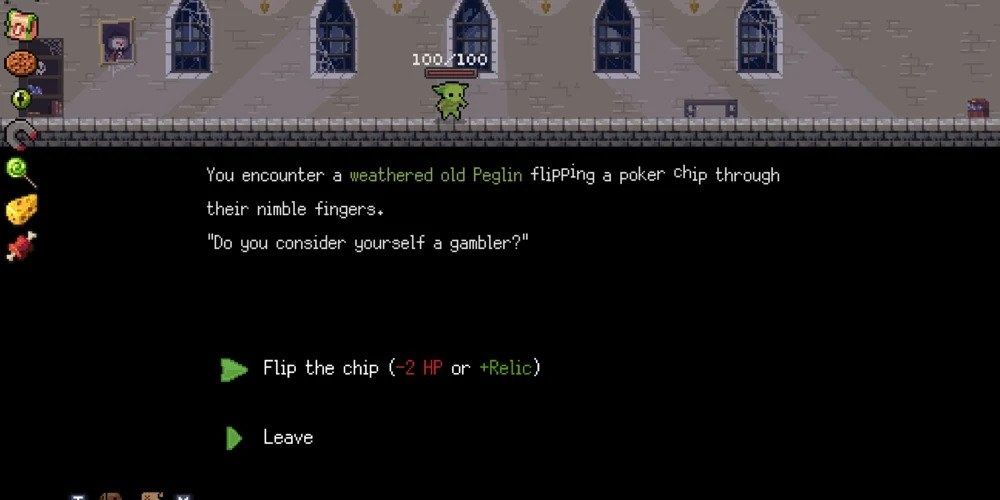 The relic makes it so that the pits at the bottom can multiply your result by one, two, half or zero, meaning some big damage, less damage and possibly none at all. The risk is simply not worth it, but is actually even worse if (the immensely fun) multiball builds, since if even one orb lands in the zero pit, you do absolutely no damage.

3 Don’t Be Afraid To Discard 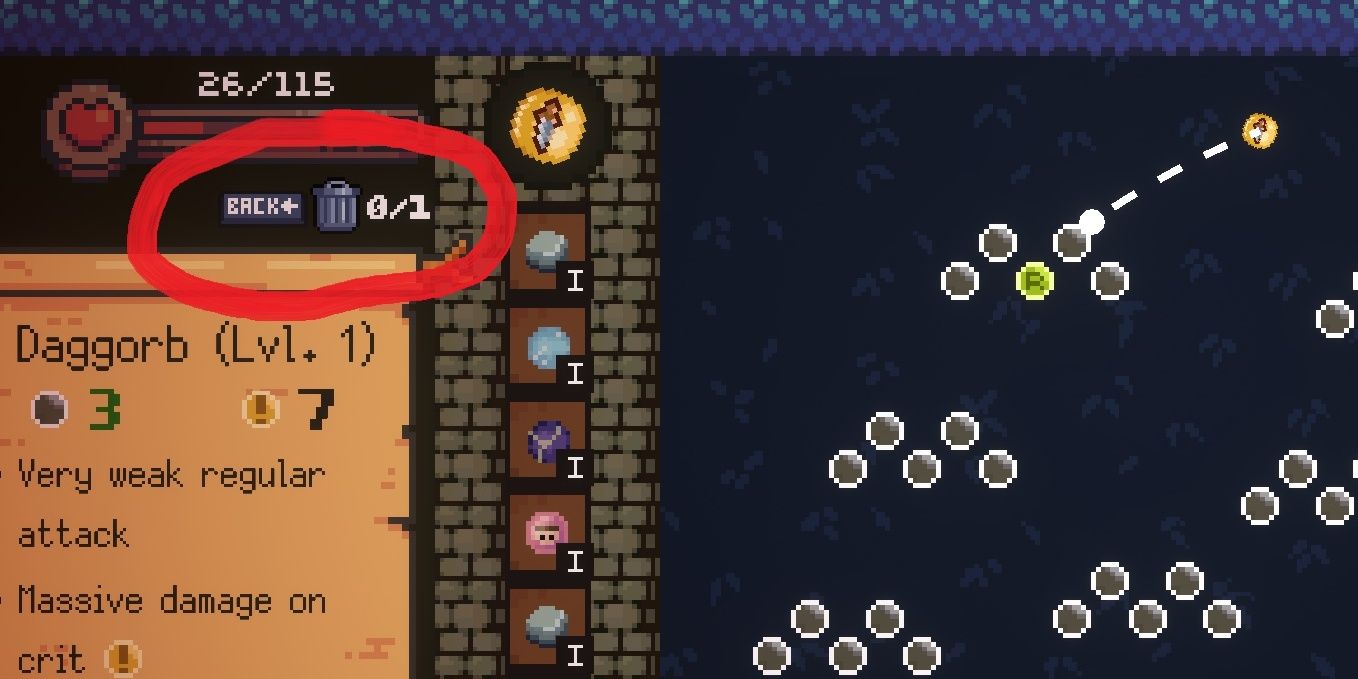 Peglin doesn’t tell you this, but discarding orbs in battle is not a permanent thing, even for that fight, despite what the threatening trash can icon might imply. Instead, it’s a useful if not necessary tool for cycling through your orbs and making sure you don’t fire any particularly powerful and/or limited ones before you’re ready.

You get one discard per throw of an orb, though certain relics can give you more. You don’t skip your turn, so enemies don’t move or hit you when you discard, unless you discard your last orb, in which case, enemies act as normal per the reshuffle rule. Also, discarding orbs with Persist effects will forfeit additional use via that effect.

2 Pick Your Targets Before Launching 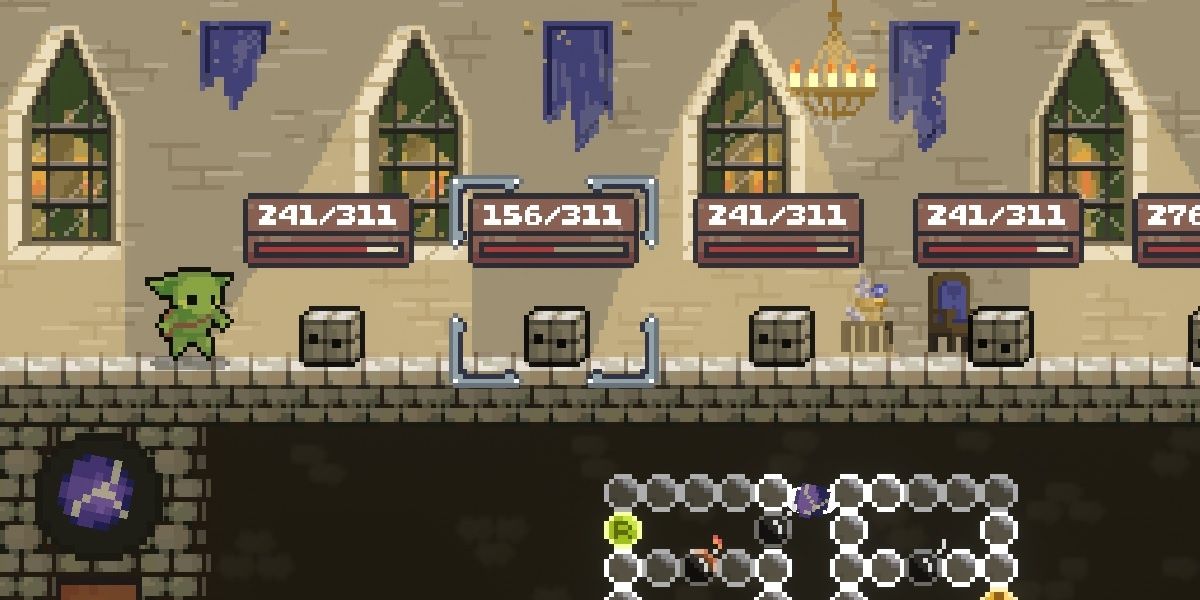 Try to pay attention to where your target is, especially if you get a few orbs that hit specific targets. Keep in mind that once you launch your orb, you can’t change who you’re targeting, even if the orb is in flight and you haven’t attacked yet. You don’t want to waste a mighty Memorb on a lowly peon when you’re fighting a 3000 HP Ballista, after all.

1 Be Careful With Self-Damage Abilities 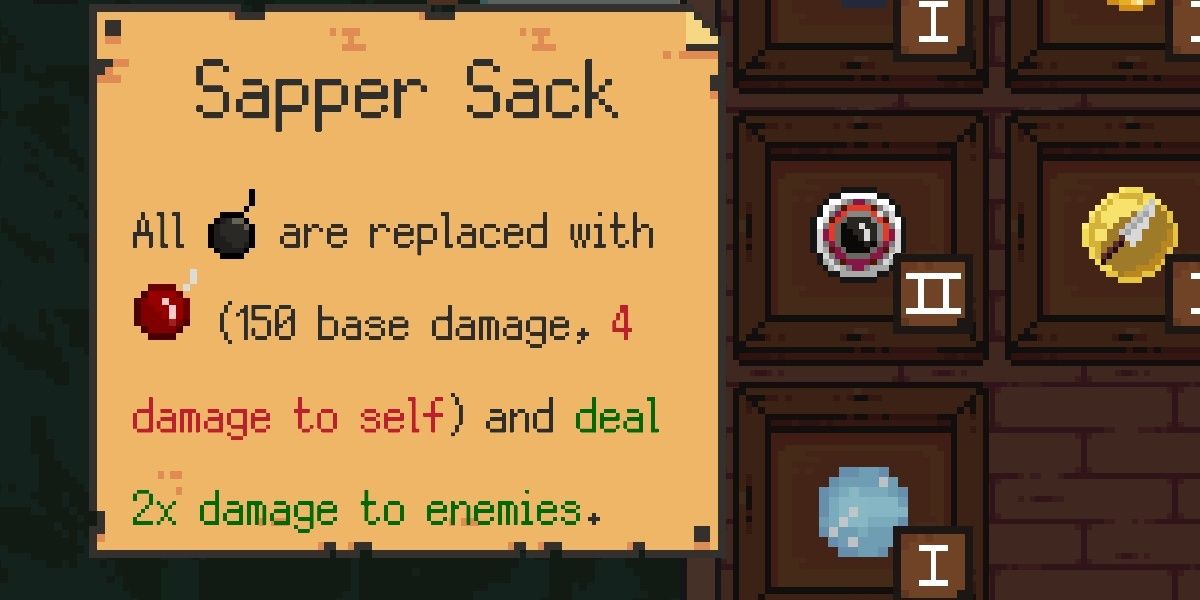 This is one of those things that seems obvious, until you stop paying attention and bleed yourself dry or blow yourself up, ending your run. You have a large hit point pool, even by default, and on most runs the majority of the damage will be coming from your opponents.

But while the self-damage abilities seem like chip damage in comparison, keep in mind that they can add up, especially when you run relics like Sapper Sack, which can trigger relatively often, especially in certain builds or the Nosforbatu orb, which heals you, but at the cost of increasingly high self-damage.