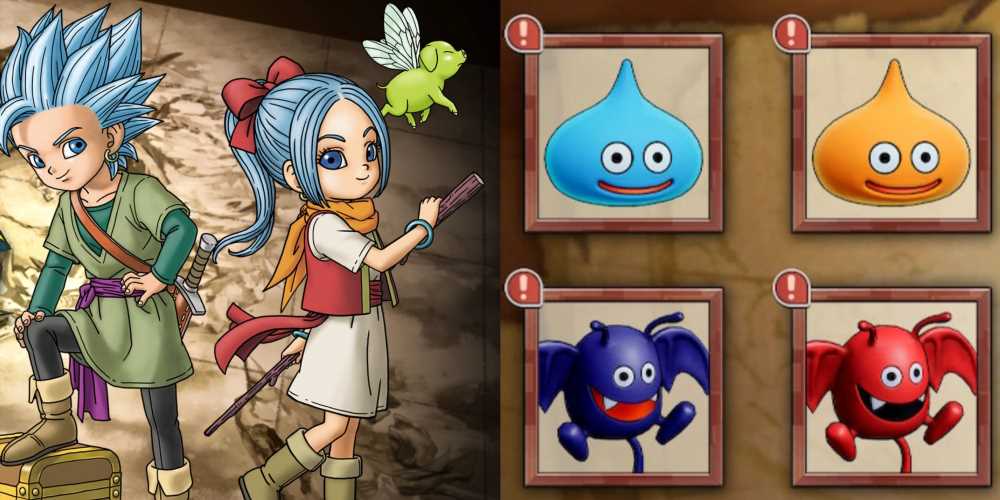 Dragon Quest Treasures, a spinoff of the ongoing Dragon Quest JRPG series as well as an action-based counterpart to the Dragon Quest Monsters spinoff series, has been getting some mixed reception from fans of the series due to lacking some essential features seen in previous Dragon Quest titles but still having a somewhat satisfying gameplay loop even if it could use some improvements.

With a handful of useful improvements, Dragon Quest Treasures could go from a decent yet ultimately flawed game to one of the best spinoff titles in Dragon Quest history, possibly changing fan reception from mixed to positive.

9/9 Unique Abilities Or Benefits For Each Playable Character 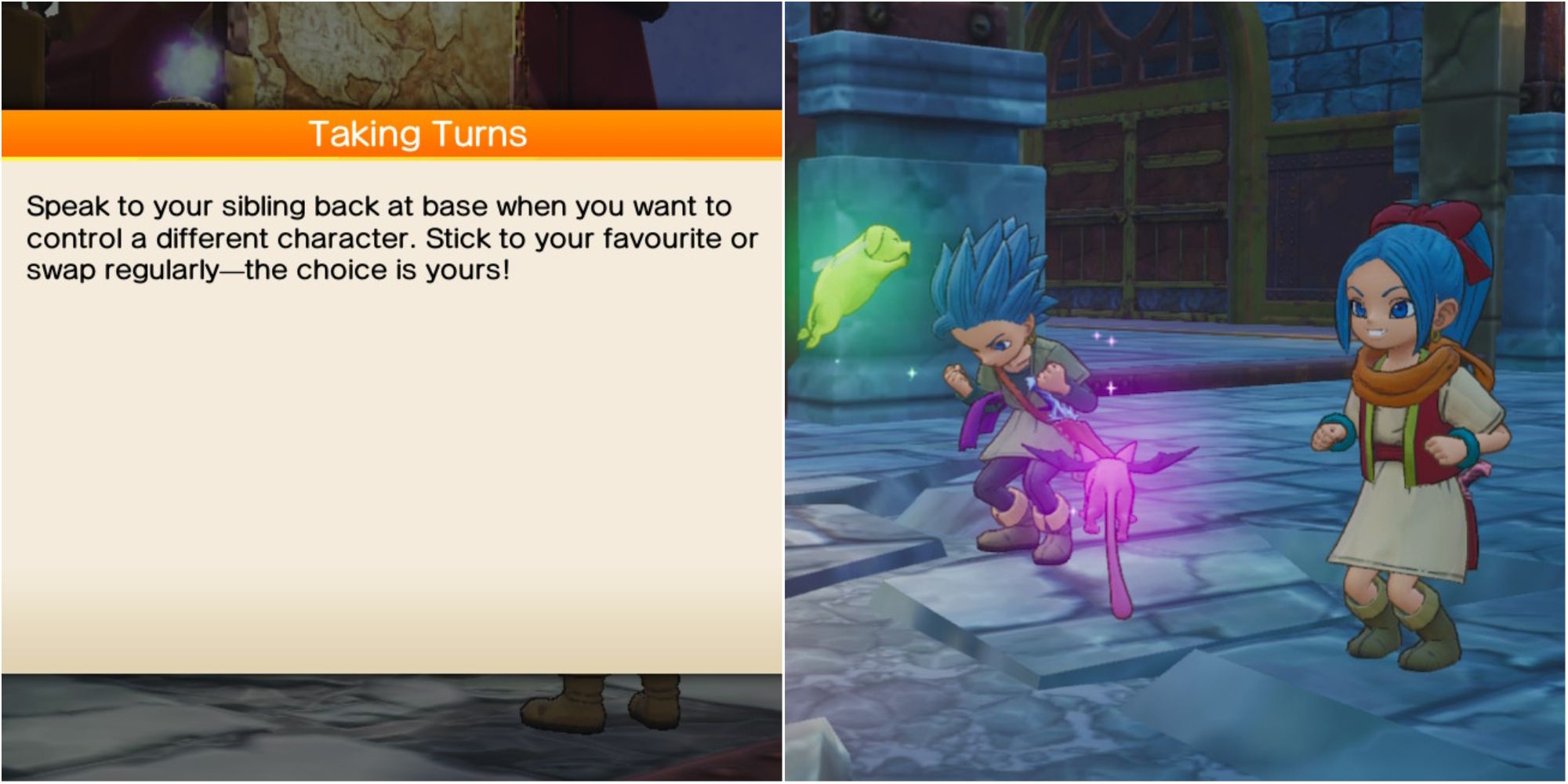 While you can freely swap between Erik and Mia after the tutorial, there is no difference between the two playable characters besides their appearance. This also means the game gives you no incentive to swap between the siblings unless you feel like it.

To get players to swap between them more frequently, Erik and Mia could have an energy mechanic where they get tired after a certain amount of time, and they could have passive abilities that give their monsters some kind of buff to assist them in battle, encouraging players to swap characters when fighting against particularly tough bosses. 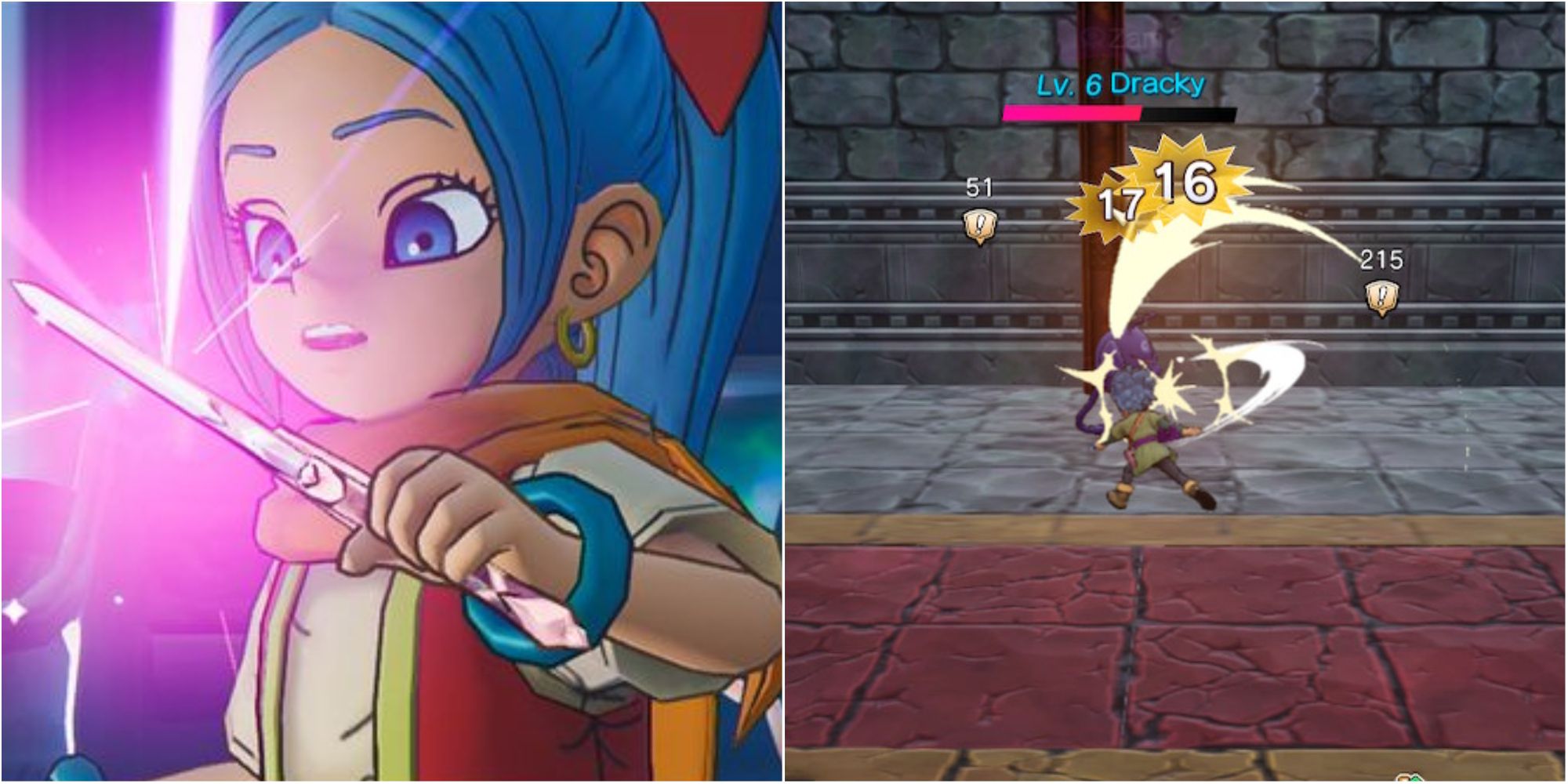 At the start of the game, Erik and Mia find magical daggers that serve as their weapons, but these daggers don't have any magical offensive capabilities, so in battle, the characters use them just as they would a regular dagger.

Since they're magical, they should at least be able to transform into the other types of weapons, such as swords, axes, and staves, from the series as your gang rank increases, but they remain as daggers no matter how far you've progressed. In Dragon Quest 11, Erik can use swords and boomerangs in addition to daggers, so it's odd that even those don't appear as alternate forms for the daggers.

7/9 Spells Instead Of Only Pellets 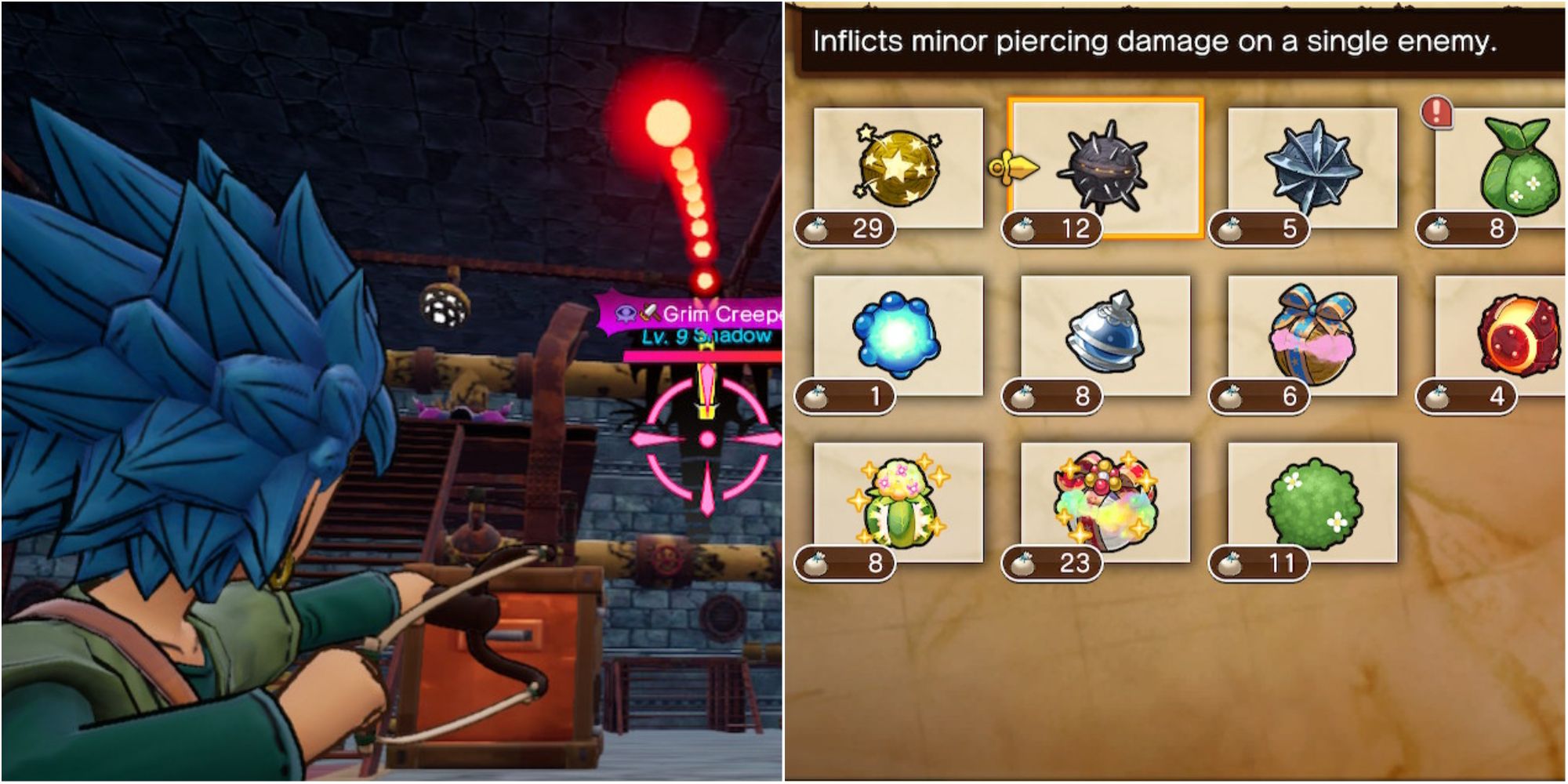 Instead of the familiar magic spells that have become a staple of the mainline Dragon Quest series, Erik and Mia are equipped with slingshots that can be used with various pellets, including those with similar elements to their weapon and spell counterparts.

Unfortunately, because there are so many types of pellets, you have to quickly cycle through them to get to the one you want to use, which doesn't take long but is more of a hassle than it should be. This could be improved by having spells separate from pellets, decreasing the variety of pellets but still having some. 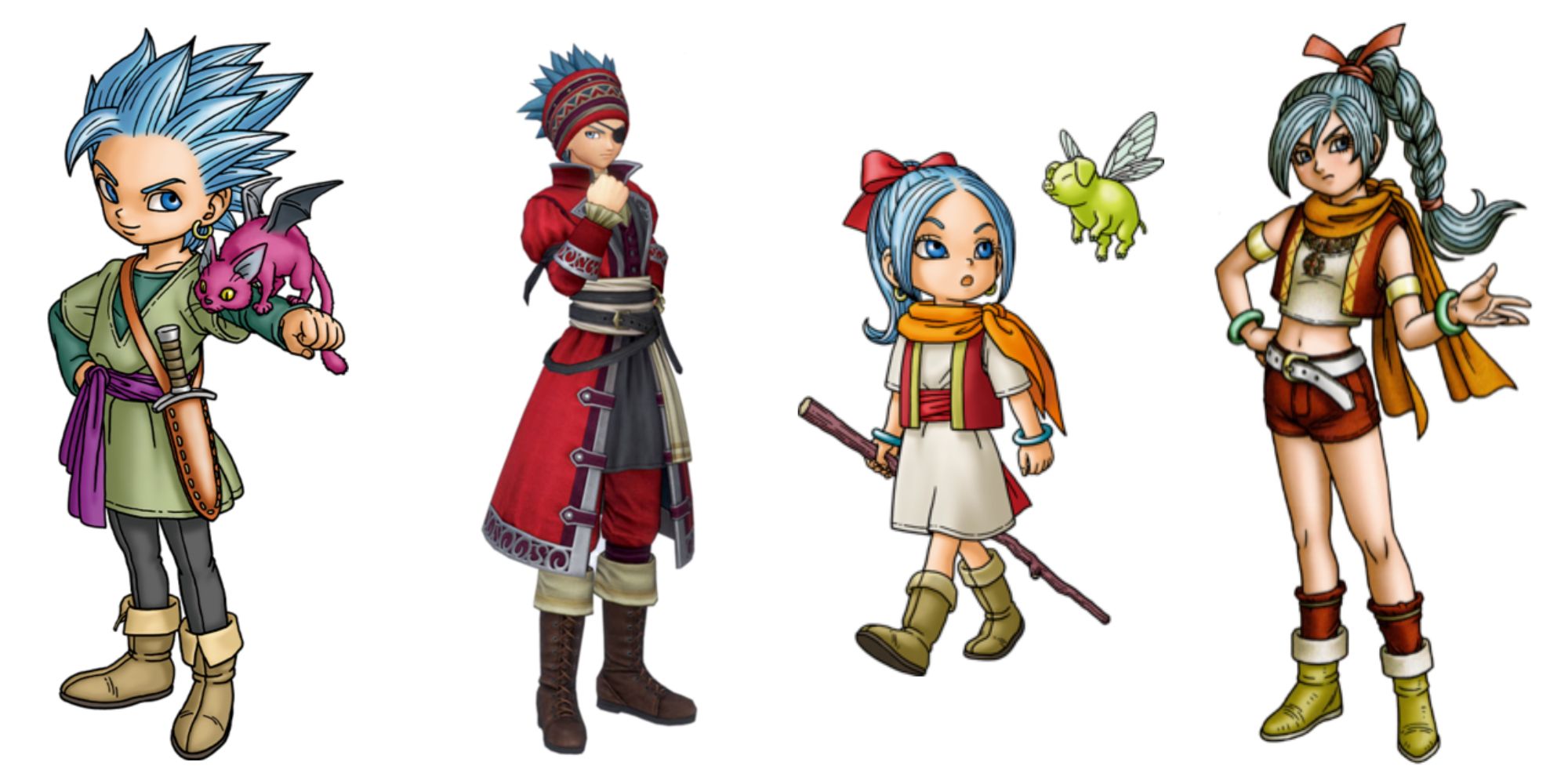 5/9 More Details For Each Treasure 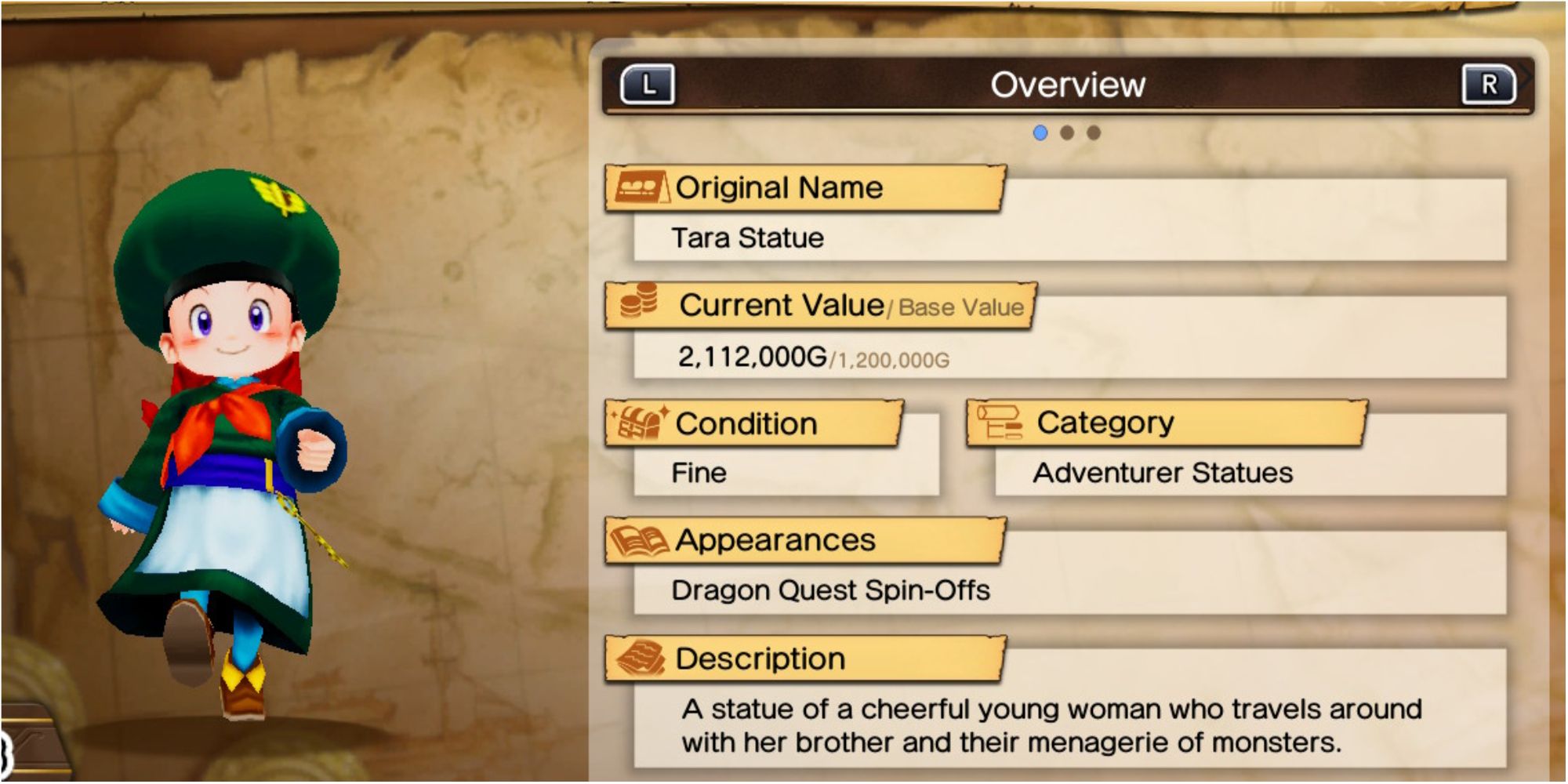 The treasures you collect are statues of various items and characters from the Dragon Quest franchise, but they only have vague descriptions. They only detail which game each treasure appeared in if they're from a mainline entry, so additional research is needed for players who become more interested in the larger series due to Treasures.

For example, Tara, from the Game Boy Color game Dragon Quest Monsters 2: Tara's Adventure, gets a statue as a treasure. She is described as a "cheerful young woman who travels around with her brother and their menagerie of monsters," but it only says she has appeared in Dragon Quest Spinoffs rather than her specific game.

4/9 Party Swapping Away From Base 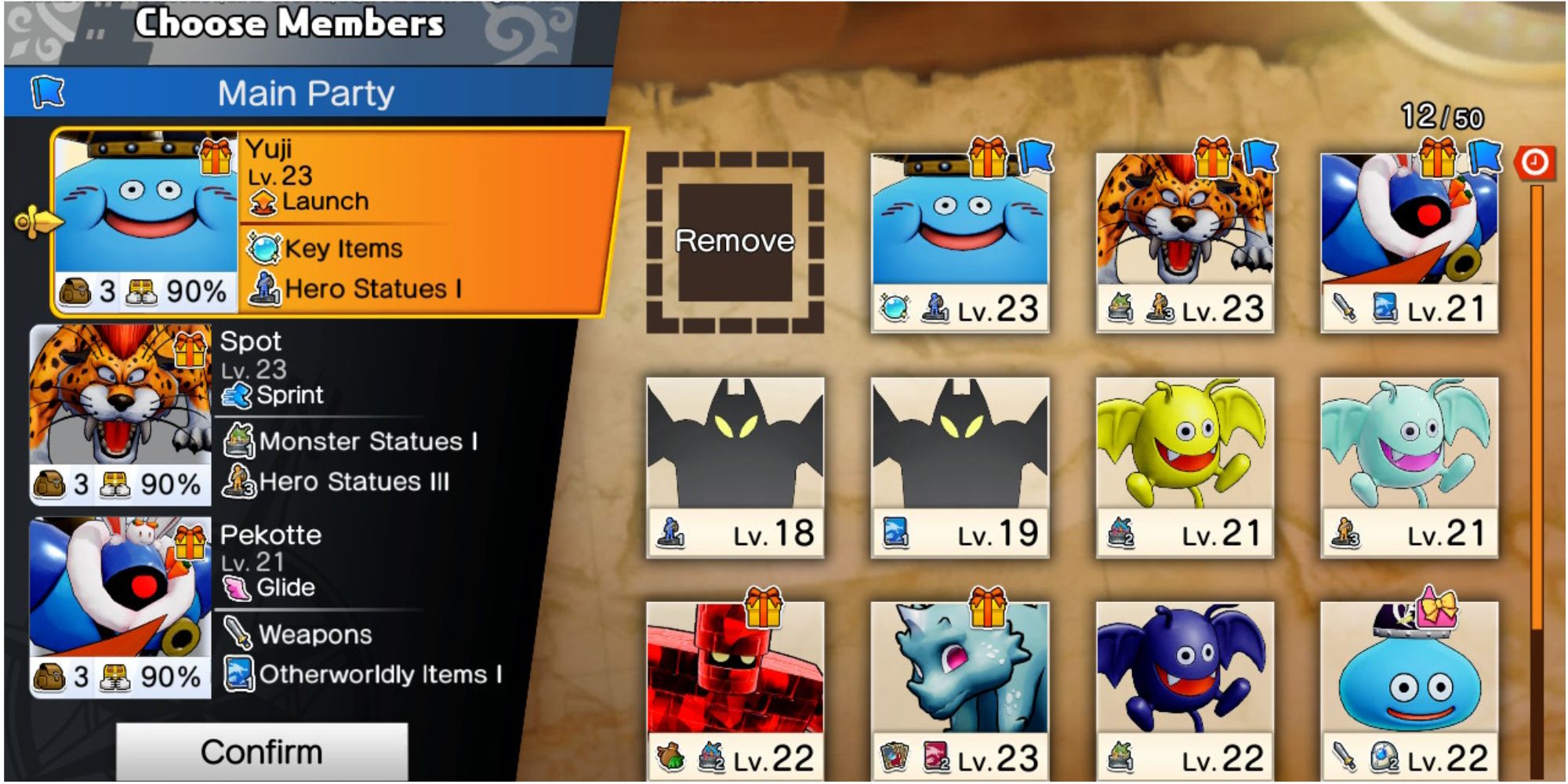 The three monsters in Erik and Mia's party can only be swapped out at their base, which can be inconvenient if you're missing a monster with an ability you need because then you have to travel back and forth between islands, using up a chimera wing if you want to return as quickly as possible.

After over three decades worth of games, you would think a Dragon Quest spinoff game like Treasures would have a character that appears on every island for quick monster swapping, especially when even series like Pokemon have eliminated the need for their monster storage to be location-based, but alas, there is none. 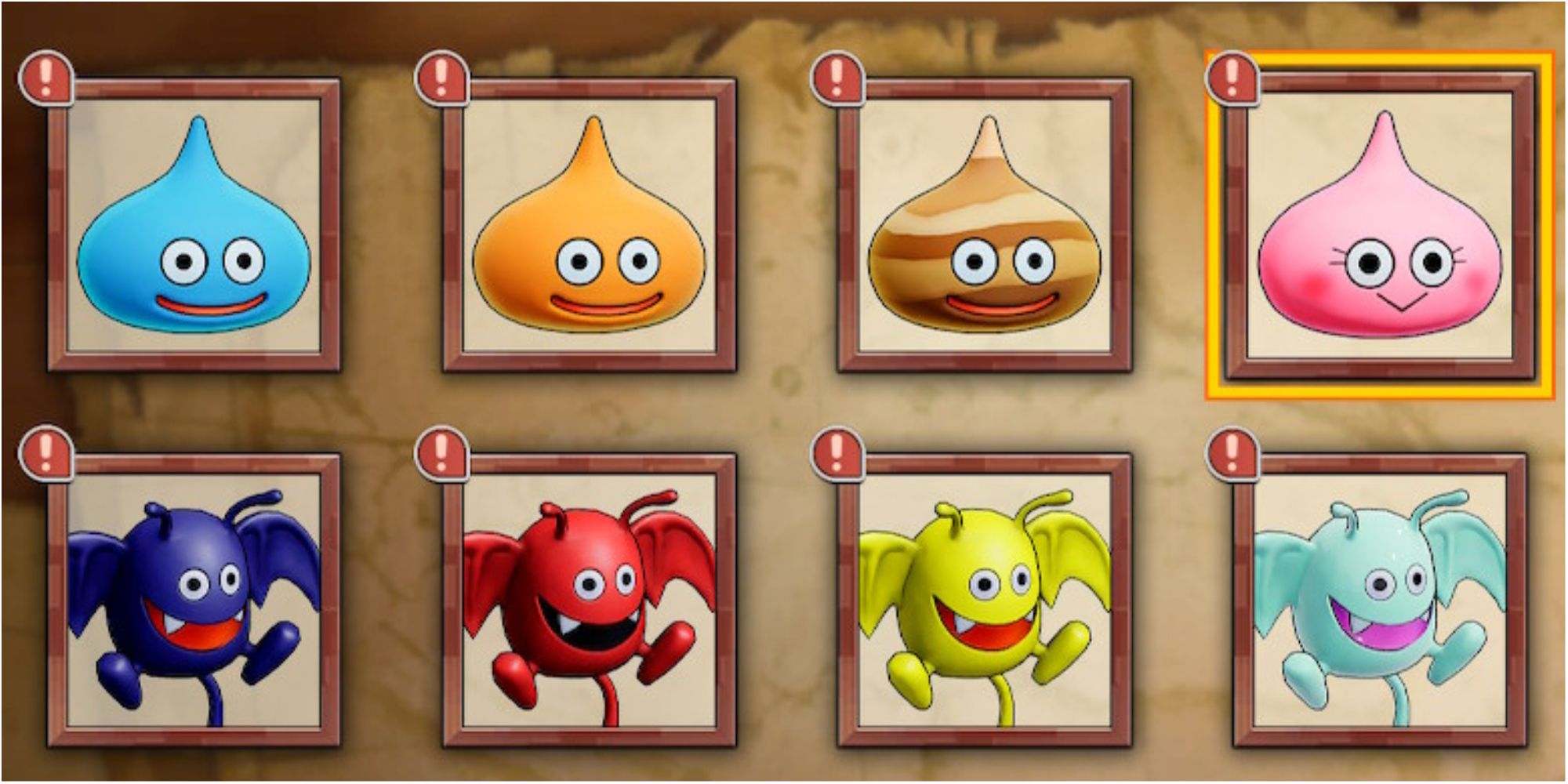 Despite being partially based on the Dragon Quest Monsters series, which has grown to feature over 900 monsters, Dragon Quest Treasures has only 16 types of species with anywhere from one to six variants each, for a total of around only 70 monsters. 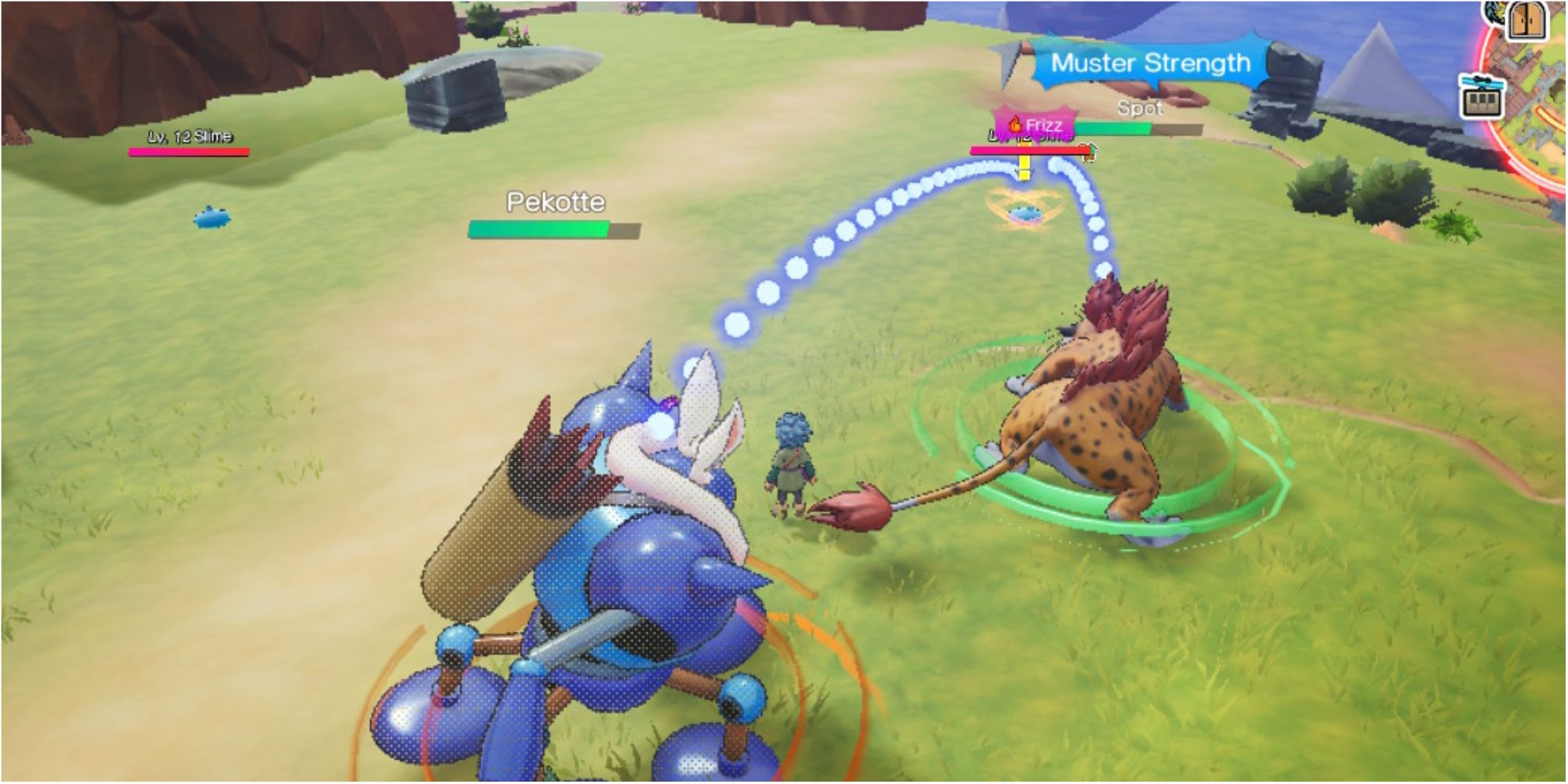 Although Erik and Mia are playable, any monsters in their party are not, typically assisting them in battle until the enemy has fallen or until they have. This makes for quite a repetitive experience, as you don't get to swap between different characters in battle as you would in games like Ni No Kuni and Yo-Kai Watch 4.

Even another action-based Dragon Quest spinoff game, Dragon Quest Heroes 2, lets you play as a few different monsters temporarily, so it's not like it never happened in the series before. and it would help give the combat a bit more variety rather than using only the dagger and slingshot the whole time. 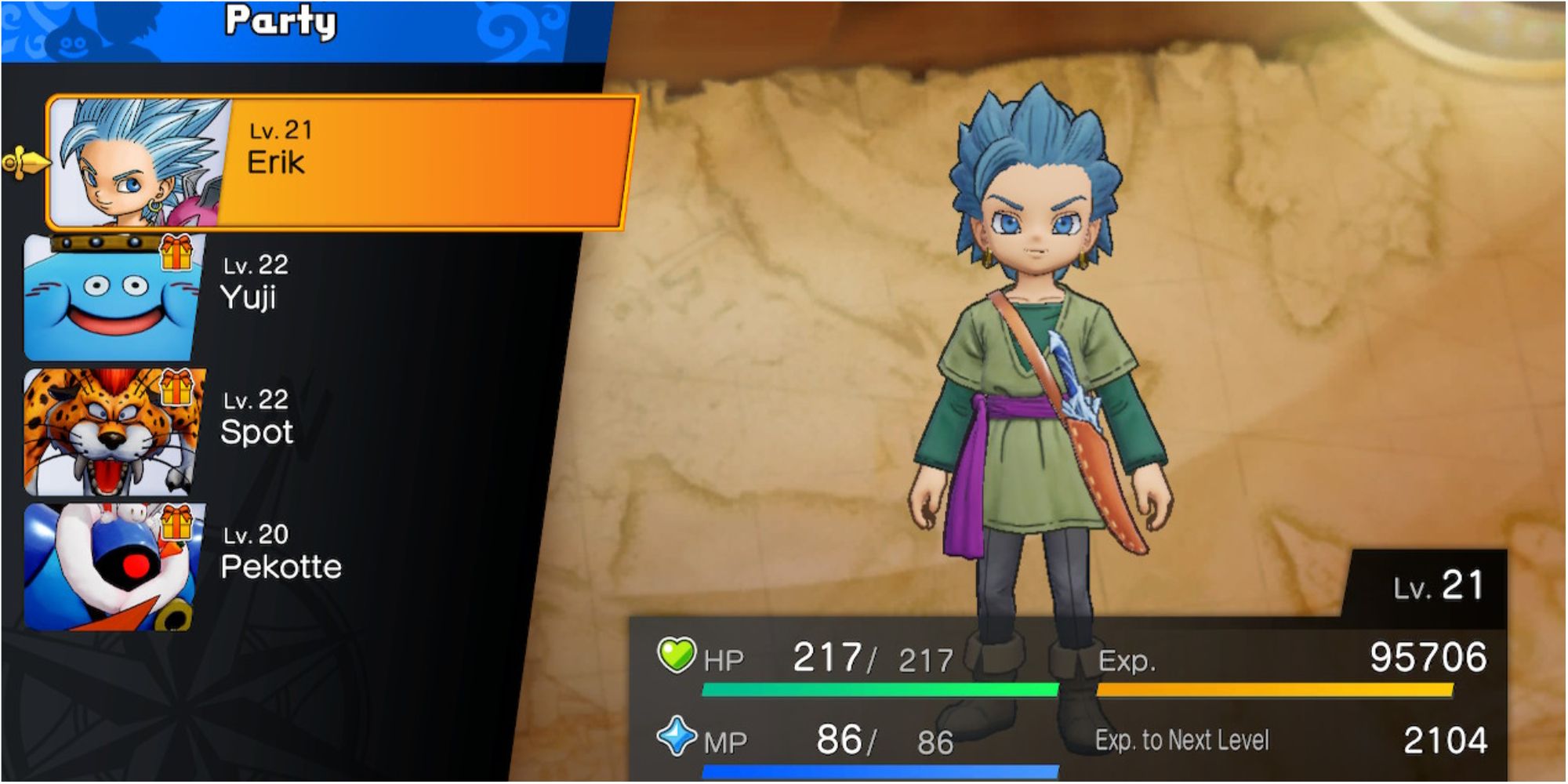 Since monsters are always with Erik and Mia, you'd think they'd be able to command them, but monsters always attack nearby enemies when they get too close. There are no tactics setting like in the mainline Dragon Quest games, so the monsters can't be set to defend or focus on healing, preferring to go all out in every battle instead.

Dragon Quest Treasures may be action-based rather than turn-based, but when your monsters decide to battle every nearby monster, running through each area becomes a more tedious task than it should be. Even if you have a monster with the sprint ability in your party, it's only temporary, so it barely helps.