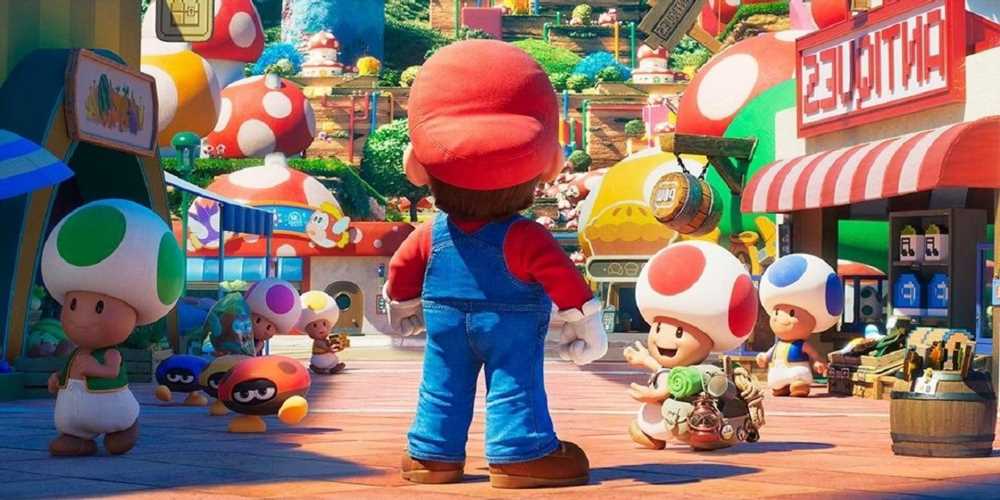 More than a year after Nintendo revealed the cast of its Mario movie during what has gone down as one of the most memorable Directs of all time, its debut trailer is almost upon us. The movie, which hits cinemas in 2023, will get a Direct of its very own on Thursday, during which its very first trailer will premier. However, someone may have just leaked a sneak peek at what Chris Pratt's Mario is going to look like.

Nintendo and Illumination actually offered up a first official look at Mario from behind, as well as a big chunk of the Mushroom Kingdom, earlier this week. What appears to be the poster for the movie was shared in tandem with the aforementioned Direct announcement. However, an image that has reportedly been leaked by a McDonald's employee may well have shown the world movie Mario's face for the first time.

ConnorEatsPants shared a screenshot from their Discord on Twitter, questioning whether the Mario in the image is the real deal. The Discord poster claims to be a McDonald's employee indicating that the restaurant chain already has promotional material ahead of the movie's first trailer. Perhaps a calendar detailing which toys will be coming to Happy Meals in the coming months.

As highlighted in the very first reply to the picture, while most of the design appears to be pretty in keeping with Mario's traditional look, something seems off. That has generated a lively debate over what exactly has been changed to make Mario look different. The alleged movie version has a buttoned shirt, one person thinks it's all to do with the Pratt version of the plumber's more realistic arms, and his cheeks look like they might be a little fuller.

This is by no means confirmation that's what the Mario from Illumination's movie is going to look like, of course. Other details highlighted in the replies make it seem pretty likely, though. Someone has matched up the gloves Mario is wearing above to the ones from the official poster, while there are even comparisons between the material both Marios' dungarees are made from.