Yasuyuki Honne, a developer and board member at Nintendo-owned studio Monolith Soft, revealed that Nintendo considered making an EarthBound game for GameCube with Namco. Honne shared the story on Twitter in advance of a forthcoming book on the life of the late Satoru Iwata will be published later this year.

Honne told a story about meeting Iwata, the former president of Nintendo, and Shigesato Itoi, the original designer of EarthBound, to discuss the game. According to a translation from Nintendo Everything, Honne wrote that, “Itoi-san didn’t seem very interested; he felt it was a little strange.”

Nintendo never picked up the game, but now we get to see the proposed concept for the game. The art resembles Yoshi’s Woolly World. The characters, and the environments, are made with felt. The image includes a felt-made Ness. 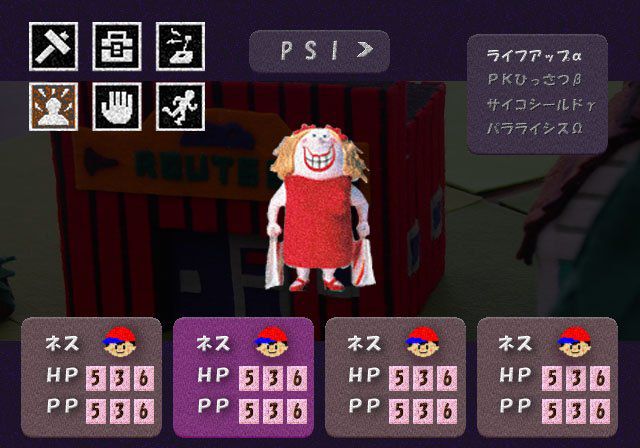 An enemy in the proposed EarthBound game.
Yasuyuki Honne

As far franchises are concerned, Mother has had a rough go with multiple projects. It was supposed to get an entry on Nintendo 64, but then Nintendo canceled the project mid-development. Years later, Nintendo published a third Mother game, titled, Mother 3, for the Game Boy Advance. Mother 3 ignites fervor to this day, because Nintendo never localized it for North America.

Nintendo, if you’re reading this, please localize Mother 3. We never got the GameCube game, but it’s not too late to give us the GBA game.